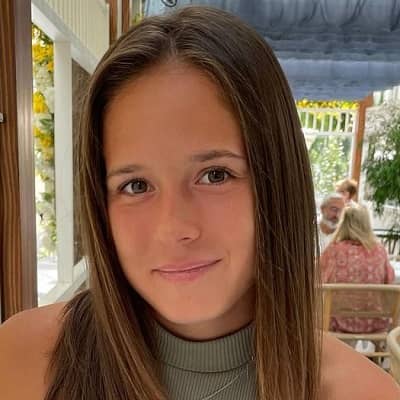 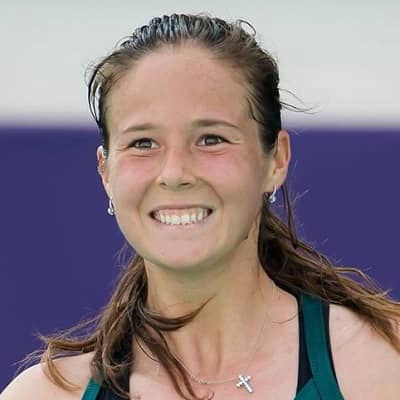 Daria Sergeyevna Kasatkina was born on 7th May 1997 in Tolyatti, Russia. Currently, she is 24 years old and holds the citizenship of Russia. Daria is the daughter of Tatyana Borisovna and Sergey Igorevich Kasatkin. Daria’s father works as an engineer at the Volga Automotive Plant and her mother works as a lawyer. Moreover, her parents were nationally-ranked athletes in Russia ‘officially known as Candidates for Master of Sports’. As. her mother was athletics and her father was an ice hockey player. Talking about her sibling, she has an elder brother whose name is Alexandr.

Daria’s brother had been playing tennis for a while and encouraged her parents to let her begin when she was six years old. For the first two years, she played two to three times a week for two years. After that, she began to participate and compete in higher-level tournaments.  Talking about her academic qualification, there is no information regarding her educational qualification. We can assume that she has completed her graduation from well known University in Russia.

After reaching 14 years old, Daria Kasatkina began participating in the ITF Junior Circuit. She won her first title at just her second career event, the low-level Grade 4 Samara Cup. Daria helped  Russia reach the final of the Junior Fed Cup alongside  Elizaveta Kulichkova and Alina Silich, where they finished runners-up to the United States. In 2013, she began playing at the highest level junior tournaments. In 2014, she had her best year in terms of the junior tour.  Daria won her first and only junior Grand Slam title in the girls’ singles event at the French Open.

She was the first Russian girl winner since Nadia Petrova in 1998, and she helped Russia win both junior singles events, with fellow European 16s champion Andrey Rublev winning the boys’ singles title. The tennis player also participated in the Youth Olympic Games in Nanjing. Meanwhile, she earned a silver medal in doubles alongside compatriot Anastasiya Komardina. 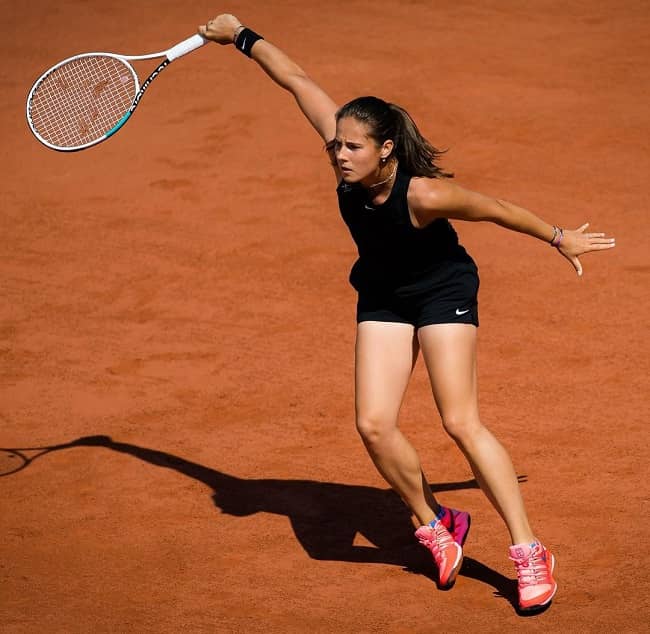 Daria Sergeyevna Kasatkina started her professional career as a wildcard qualifying entrant at the 2013 Kremlin Cup, where she lost her only match. She won her first career title at a low-level $10K event in Sharm El Sheikh. In 2014, she lost her WTA Tour debut to Alison Riske. Daria began 2015 ranked No. 354 but slowly climbed to No. 161 at the end of June on the strength of four $25K titles. Due to her ranking improvement, she manages to enter qualifying at a Grand Slam event for the first time at the US Open. Sadly, she lost in the last round, she reached the main draw as a lucky loser and made it to the third round, upsetting compatriot and world No. 38, Daria Gavrilova, as well as No. 79, Ana Konjuh.

At the end of the year, she won her biggest titles to date in both singles and doubles. In September, Daria won the L’Open de Saint-Malo $50K singles event. Again in October, she won the doubles event at the Kremlin Cup with Elena Vesnina for her first WTA title. More than that, she reached the semifinals in singles as a qualifier, her best singles result on the WTA Tour at the time. At the end of the year, she finished ranked no.72.

Daria made her debut at the Australian Open where she reached the third round by defeating Anna Karolina Schmiedlova but lost to Serena Williams. Moreover, she also recorded her first career top-ten victory against number 7 Venus Williams at the Auckland Open. At the St. Petersburg Trophy, she returned to Russia and reached the semifinals of the tournament but lost to Belinda Bencic. Additionally, she also reached the semifinals at the Qatar Open with Elena Vesnina but lost the match to Marina Hingis and Sania Mirza. Furthermore, she also reached the third round at two more Grand Slam events like the French Open and Wimbledon. At the Premier 5 Canadian Open, she continued her success at big tournaments where she reached the quarterfinals. However, she qualified for the singles draw but withdrew due to injury from the doubles tournament at the Rio Olympics.

Unfortunately, she reached the quarterfinals at both events where she lost to American Madison Keys in singles and the Czech team in doubles. At the Premier 5 Wuhan Open, she reached the third round of the tournament. Moreover, she reached the doubles final at the Kremlin Cup with Daria Gavrilova but lost the match against Hlavackova and Hradecka. After that, she won her first career WTA singles title shortly before turning 20 years old at the Charleston Open in 2017. However, she finished as a runner-up in her hometown Premier tournament the Kremlin Cup in 2017. Fortunately, she won the Kremlin Cup after she returned to Russia in 2018. Additionally, she also reached the finals of Indian Wells in 2018. However, she struggles to maintain her form and gain success in the 2019 and 2020 seasons.

Daria made the third round of the Abu Dhabi Open but lost to Elena Rybakina at the start of 2021. Moreover, she also reached the third round at the Gippsland Trophy but again lost to Kaia Kanepi. In 2021, she won the Philip Island Trophy after defeating Marie Bouzkova in the final. Additionally, she also won the Saint Petersburg Trophy by defeating Margarita Gasparyan in the same year. However, she lost the finals of the Birmingham Classic and Silicon Valley Classic in 2021. 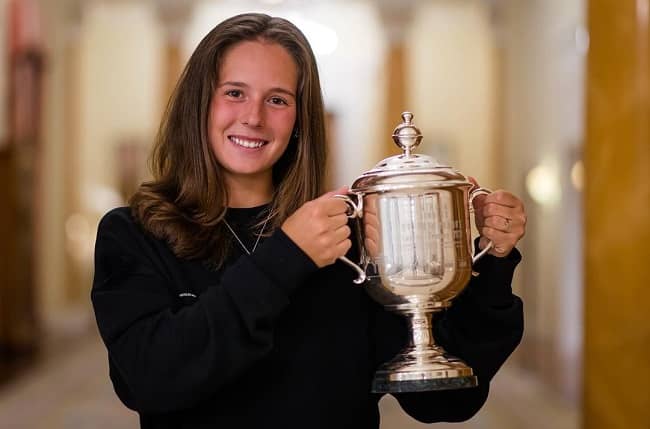 Daria Kasatkina won the French Open defeating Ivana Jorovic in 2014 during her junior career. After that, she won Charleston Open in April 2017 in the United States. In 2018, she defeated Ons Jabeur to win the Kremlin Cup in her hometown Russia. Moreover, she won Philip Island Trophy and Saint Petersburg Trophy in the year 2020.

Daria Kasatkina came out as bisexual in an interview with Sofiya Tartakova in 2021. According to online sources, she is in a relationship with Australian tennis player Luke Saville. Besides that, there is no further information about the professional tennis player’s previous relationships.

Daria Kasatkina has brown hair and black eyes with a height of 5 feet 7 inches. Besides that, there is no further information about the professional tennis player’s other body measurements. 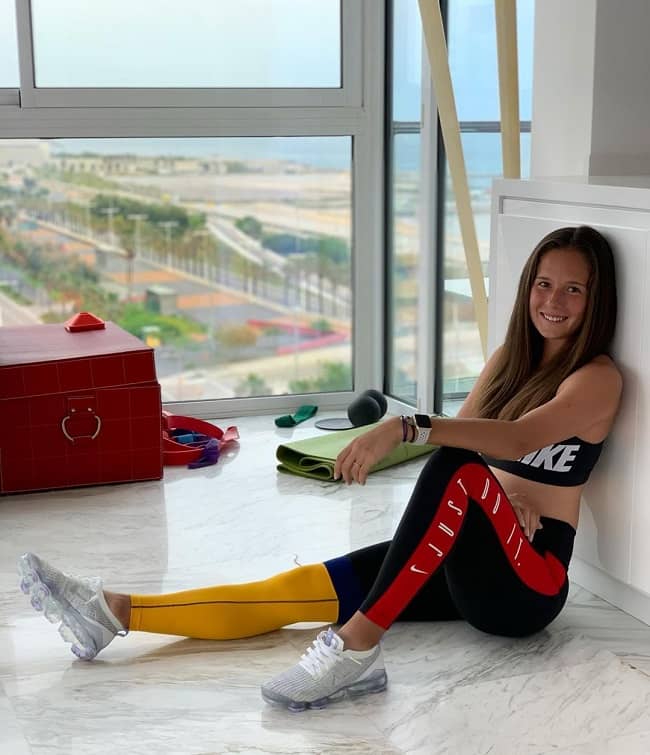