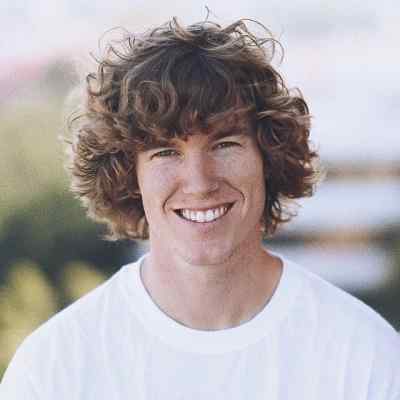 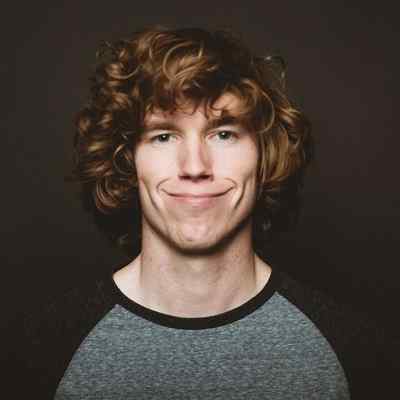 Danny Duncan is a famous American YouTuber who gained fame for his skateboarding and prank videos on the self-titled YouTube channel. Danny Duncan has more than 4.49M subscribers on his channel.

Danny Duncan is 28 years old. He was born on July 27, 1992, in Englewood, Florida, under the astrological sign Leo. Duncan resides in Los Angeles, California. As his parents were separated, he was brought up by a single mother in Florida.

Likewise, he has two siblings; a sister and a half-brother, Matthew. In August of 2017, he gifted his sister a new car, and posted the event in a video titled “Surprising My Sister With A New Car!”

The struggles suffered by his mother to bring him up motivated him to work very hard and created his YouTube channel to a large extent.

He has even bought his mother a new house from his YouTube earnings and posted the event through a video titled  ‘Surprising My Mom With A New House!’.  Likewise, he holds an American nationality. 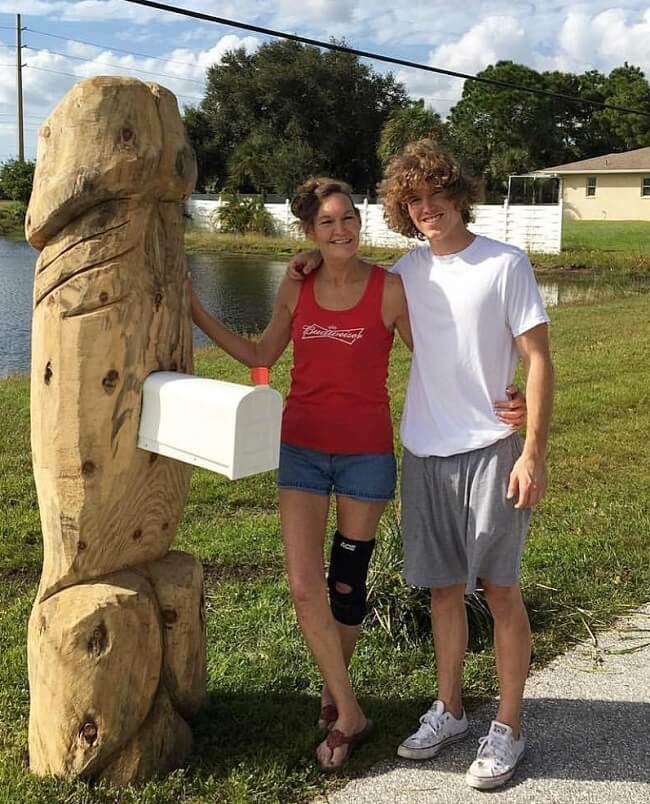 Caption: Danny Duncan posing with his mother for a photo (Source: Instagram)

He also has a TikTok account with almost 2.3 million followers and has collected 20.1 million likes.

Speaking on Danny Duncan’s earnings, he is a famous YouTuber, who has earned a decent sum of money winning the heart of millions of people toward him.

His main root of earning is his social media handles. Particularly from YouTube, he has made almost 3.7 million dollars as of July 2020.

Additionally, he also equally involved in other media sites through which he earned further fortune. Therefore, his estimated net worth is to be around $4.5 million. He undoubtedly lives a generous and lavish life with his income. 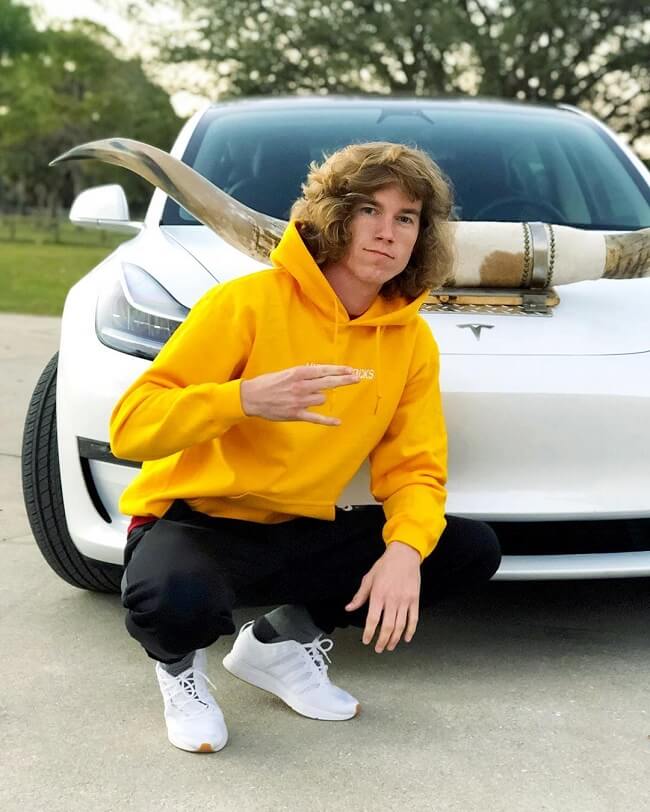 Caption: Danny Duncan posing for a photo with his car (Source: Instagram)

Professionally, Danny Duncan is an American YouTuber. He pursued his social media career in 2014. After graduating from high school, he started working at Walgreens.

But he had no interest in his job and quit after a few months. Then he created his own YouTube channel on March 6, 2014, and began posting videos on skateboarding or how to fix ankle injuries.

Likewise, around this time he was also appointed to train actor Jason Lee, who was a former skateboarder himself. It was Jason who saw his sense of sarcastic humor and recommended that he should try acting.

Jason even advised him to build his YouTube base as that would help him get acting gigs. He took this advice to heart and began collaborating with his friend and fellow YouTuber Christopher Chan.

He uploaded his first debut video titled ‘Steve Hamilton – “The Chosen One.”’ In the following video, he appears naked, punching a bag. It gave the YouTube community an idea of the videos they could expect.

Side by side, he also started posting prank videos on his channel and by 2016 he started gaining more and more attention for his content.

The video titled ‘Falling with 30,000 Pennies’ posted on June 6, 2016, became viral.  In the video, he pretended to fall while carrying a box with 30,000 coins. Since the video has become one of the most viewed on his channel gaining over 29 million views to date.

Similarly, he has always been very close to his family and often featured them in his prank videos as well.

In the video titled ‘Surprising My Sister With A New Car!’ he drowns his sister’s old car only to surprise her with a new one. It also has gained decent views with 12 million altogether and became the second most viewed on the channel. 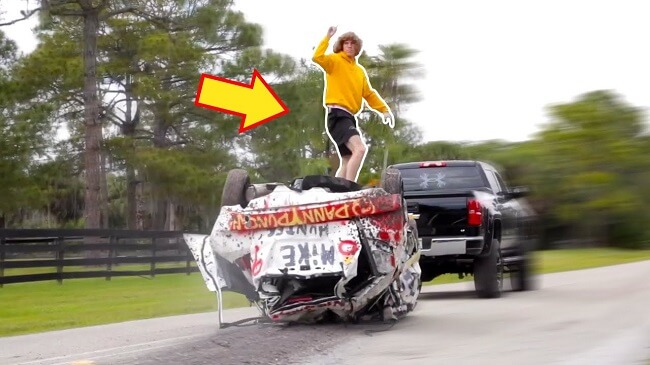 Some of the other notable videos are ‘Hot Tub On The Freeway’, ‘Gary Pranked the News’, and ‘Buying Lonzo Ball’s $500 Shoe!’. He also assumes himself as a promising musician and uploaded the song ‘I’m Upset’ on July 7, 2018, after his new scooter was stolen.

With millions of views attracted to each of his videos, it’s no wonder that he has a huge following of more than 4.49M subscribers, with almost 847 million total views on his channel.

Further, he also has his line of merchandise and launched in 2017 under his personal brand name ‘Virginity Rocks’. He went on his first-ever ‘Virginity Rocks’ tour around the United States on July 13, 2018, starting from Los Angeles.

The tour embraced major cities like  New York, Dallas, and Nashville, among many others, and ended in Chicago on August 2, 2018.

He often posts funny, humorous, and amusing TikTok videos which have caught the attention of 2.3 million followers and 20.1 million likes.

This 28-years-old YouTube star Danny Duncan seems to enjoy his single life. As of now, he is probably single. He has never confessed about his love life and has kept a low profile.

However, he has posted pictures with some girls which can be observed on his Instagram profile. Moreover, he is enjoying his bachelor’s life and might be linking up with his perfect match in the coming future.

Being a social media personality, it’s often followed by its own set of clamps and Danny is no newcomer to that.

After uploading a video where he shared a pool on the back of his pick-up truck and made it on the highway, he was accused of threatening his own and the safety of other drivers. He even caused agitation after he jokingly gifted his mother a giant penis-shaped mailbox.

Further, he has attracted the wrath of YouTuber FouseyTube’s fans after uploading the video ‘Real PROOF FouseyTube is Fake! Actor Speaks Out!’, in which he showed that FouseyTube’s pranks were all developed and not spontaneous at all.

Notwithstanding all of these, his fame is on the rise. As of now, he is controversy-free and enjoying his social media fame.

Handsome YouTube personality Danny Duncan stands at a height of 5 feet 8 inches tall. He weighs about 68 Kg i.e. 149 lbs. Similarly, his body measurements are 42-27-34 inches. Moreover, he has blonde hair color and a pair of blue eyes.