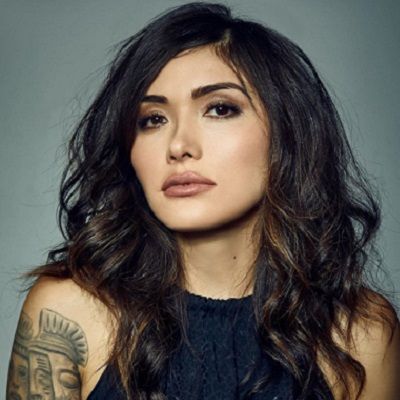 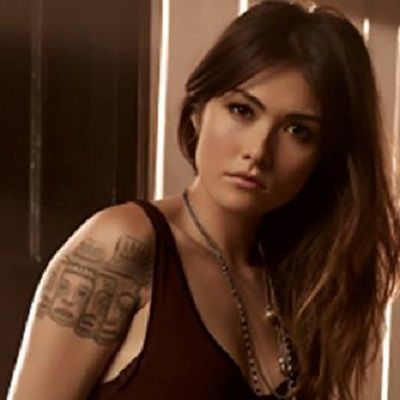 Daniella Pineda was born on 20th February 1987 and is currently 35 years old. Her full name is Daniella Nicole Pineda and her zodiac sign is Pisces. Likewise, she was born in Oakland, Alameda, California, and holds American citizenship. Similarly, she is an American with Mexican descent and belongs to a mixed ethnic group. However, there is no information about the religion she follows. Regarding his family members, she is the daughter of Eric Klein and Patricia. Likewise, she has two siblings on brother and one sister. Her brother’s name is Elliot Klein and her sister’s name is Anneliese Michaela. 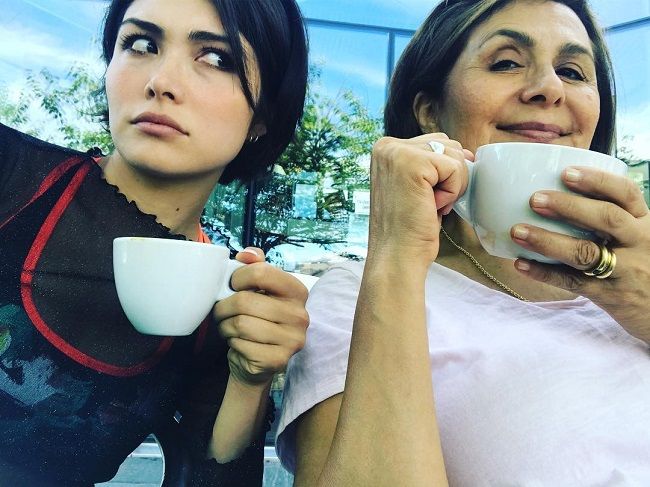 There is no information about her childhood. Furthermore, regarding his educational background, she graduated in major in Liberal arts from Mills College, Oakland, California.

Daniella made his debut in acting from the role in the American comedy-drama television series, ‘Men of a Certain Age’ in the year 2010. She played the role of Kit on the episode ‘Same as the Old Boss’. Followed by this, she played on the internet comedy web series ‘College Humor’ which is the CH Originals. Similarly, in the year 2011, she made her debut in movies on the American comedy-drama movie ‘Newlyweds’ as the character Vanessa.

Followed by this, in the year 2012, she played the role of Abbie on the American comedy-drama movie ‘The Fitzgerald Family Christmas’. Similarly, she has played on several comedy movies like ‘Sleeping with Other People’ and ‘Mr.Roosevelt’. Moreover, her career took a breakthrough in her role as Zia Rodriguez on the American science fiction adventure movie ‘Jurassic World: Fallen Kingdom’. This is the sequel of the 2015 movie Jurassic World. Similarly, she played the role of main character Marina Hess on the Netflix original horror movie ‘Mercy Black’.

Besides working on various movies, she has played in several series like, ‘Homeland’ and ‘Midnight Sun’. Similarly, she played on another Netflix original anthology thriller series What/If as the role of Cassidy Barrett. Moreover, sheis popular for her role as the witch Sophie Devereaux on the CW television network fantasy supernatural series ‘The Vampire Diaries’.

Similarly, with her marvelous acting in this pilot episode, she plated on ‘The Originals’ which is the spin of The Vampire diaries. Likewise, she has played the main role, Ruby Simms, on the American action-thriller television series ‘American Odyssey’. This series aired from 5th April 2015 to 28th June 2015 on NBC network. Similarly, she played the main role of Vanessa Randall on the American comedy television series ‘The Detour’.

In March 2019, she played on Mercy Black, a horror film released on Netflix. She stars as main character Marina Hess, a woman recently released from a psychiatric ward after 15 years. In April of 2019, she had been cast as Faye Valentine in a live-action version of the Cowboy Bebop series.

Daniella is an actress by profession and the primary source of her income is contributed from her acting. Likewise, according to sources, she has a net worth of around $2.5 million. However, there is no information regarding her asset values.

Daniella is straight and probably single at current. Moreover, she is quite discreet regarding her personal life and loves to keep it private. At present, she seems to be more focused on her career than being in any sort of romantic relationship.

The beautiful 33-year-old actress stands the height of 5 feet 5 inches (65 inches) tall and weighs around 53 kg (114 lbs). Likewise, she has a pear body type and has vital stats of 32-25-34. Looking at her physical appearance, she has fair skin with brown hair and eyes color. Likewise, she also has tattoos on her body.