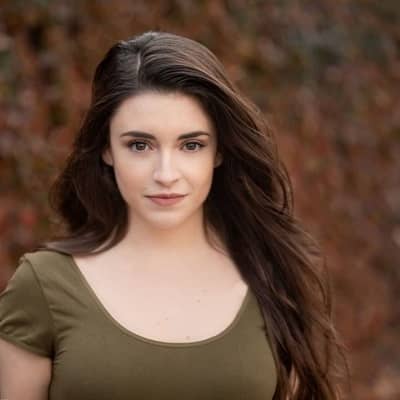 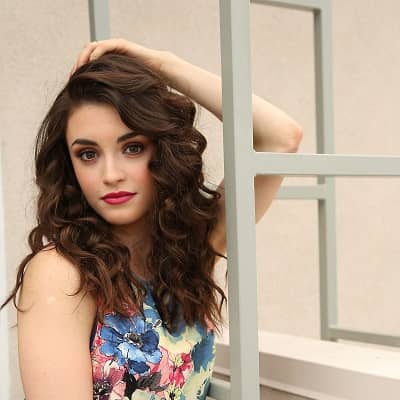 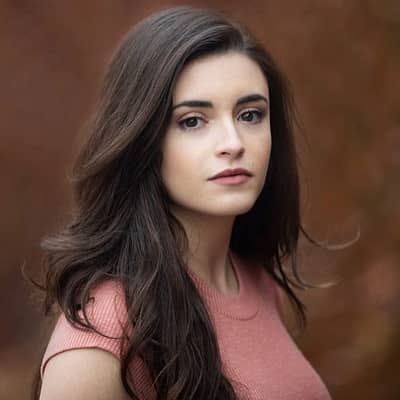 Daniela Bobadilla is a famous Canadian actress. Daniela Bobadilla gained fame for her roles in various TV series and films including ‘Face to Face’, ‘Justice League vs. the Fatal Five’, ‘Mr. Troop Mom’, ‘The Middle’, and ‘Perfect High’ among numerous others.

Daniela Bobadilla was born on April 4, 1993, and she is currently 27 years old. She hails from Mexico City, Mexico, and her zodiac sign is Aries. Talking about her family, Daniela Bobadilla’s parents are father Carlos and mother Haydee. Similarly, Daniela is of Mexican and Spanish descent.

Daniela’s family relocated to North Vancouver, British Columbia, and then to nearby Coquitlam. The actress showed an aptitude for performing at an early age. Daniela also had talent and an affinity for figure skating from an early age.

While attending Summit Middle School, young Daniela took up acting with the school’s theater department. She later went on to attend the Theatrix Youth theatre Society. Daniela also went on to perform in numerous productions including Fiddler on the Roof, High School Musical, and The Wizard of Oz. The young girl began auditioning for film and TV roles while attending Heritage Woods Secondary School. 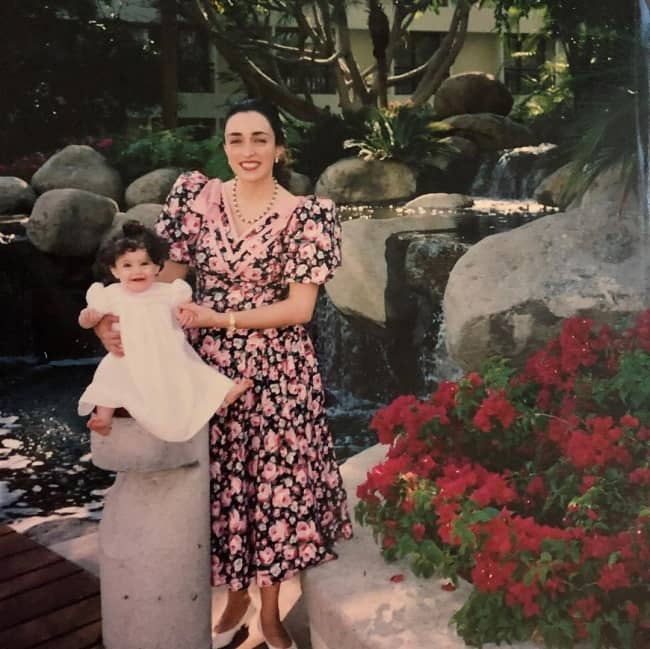 Caption: Daniela Bobadilla posing for a photo with her mother in a childhood photo. Source: Instagram

Professionally, Daniela Bobadilla is an actress. Daniela is most popular for playing Sam Goodson in the FX series Anger Management. The actress has also appeared in other film and TV roles including Mr. Troop Mom, Awake, The Middle, and the Lifetime original movies Lies in Plain Sight, The Cheating Pact, and Perfect High.

In the year 2008, the actress won the title of “Port Moody Idol”. A short while later, Daniela appeared in guest roles on two Canadian-produced series for The CW. They were Smallville and Supernatural. The actress later relocated with her family to Los Angeles.

Soon, Daniela appeared in her first American lead role in the Lifetime movie Lies in Plain Sight. In this project, Daniela portrayed a 13-year-old blind adolescent. The actress later appeared on an episode of Lie to Me and the Hallmark Channel’s Oliver’s Ghost. 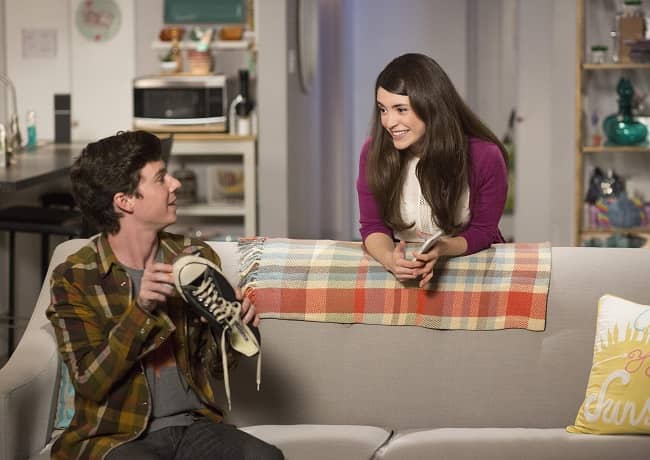 Caption: Daniela Bobadilla captured in a scene from ‘The Middle’. Source: The Middle

Then in the year 2012, Daniela appeared as the character Sam Goodson in Anger Management. It is an FX series in which Daniela’s character is a 13-year-old, obsessive-compulsive daughter of Charlie Sheen’s character. This role quickly became Daniela’s most extensive. And when they picked the series for a continuous, syndicated run of 100 episodes, Daniela’s character appeared in 55 episodes.

Furthermore, in the year 2013, Daniela played the main character, Heather, in the movie The Cheating Pact. Then in 2015, the actress starred as a primary character in another Lifetime film, Perfect High. Additionally, Daniela Bobadilla played the recurring role of Lexie Brooks in The Middle. It is an ABC comedy series in which Daniela’s character is Sue Heck’s college roommate and later Axl’s girlfriend. She began appearing in this series in the seventh season. 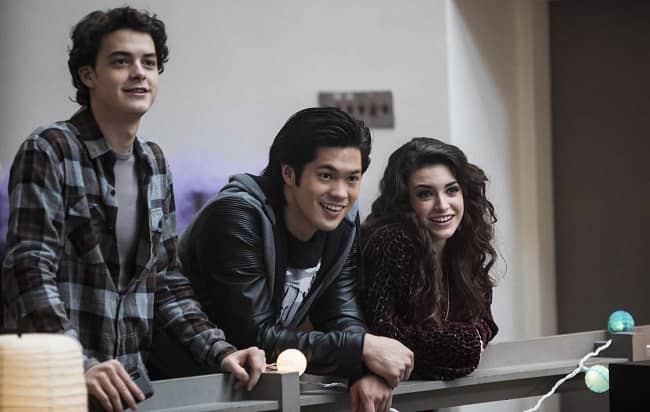 Daniela Bobadilla is married to Beau Wirick. The lovers are also the co-stars of the TV series The Middle. Furthermore, Beau is a prominent American actor. He is famous for playing the role of Sean Donahue in The Middle. Similarly, Daniela’s husband has also appeared in guest roles on the TV series including 7th Heaven, Arrested Development, NCIS, The Office, Drake & Josh, and Jack & Bobby.

Daniela and Beau tied the knot in the year 2018. Other than this, there are no further details regarding Daniela’s relationship details including when the lovers developed romantic feelings for each other or where they had their wedding. 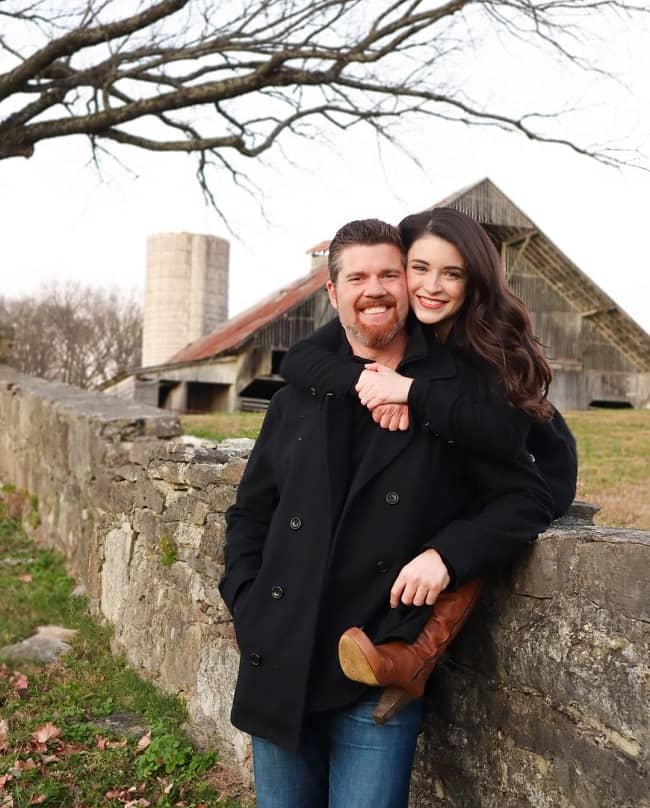 Caption: Daniela Bobadilla posing for a photo with her husband Beau. Source: Instagram

Daniela Bobadilla stands tall at an approximate height of 1.52 meters or 5 feet and her weight is around 52 kgs. Other than this, there is no further information regarding Daniela’s other body measurement details like her chest-waist-hip measures, dress size, shoe size, etc. Likewise, Daniela has dark brown eyes and hair of the same color.

Talking about her social media presence, Daniela Bobadilla joined Twitter in April 2012 and so far has over 18.3K followers on her @daniebobadilla account. Similarly, she is also available on Instagram under the username @danielabobadilla. While writing this biography, Daniela has shared exactly 960 posts and earned more than 51k followers.