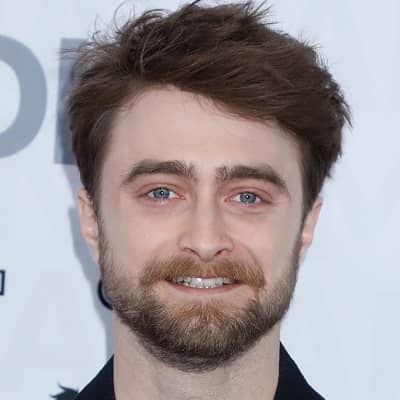 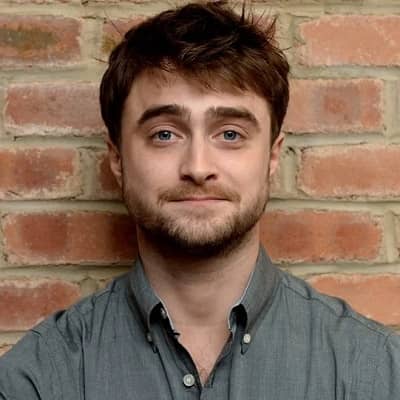 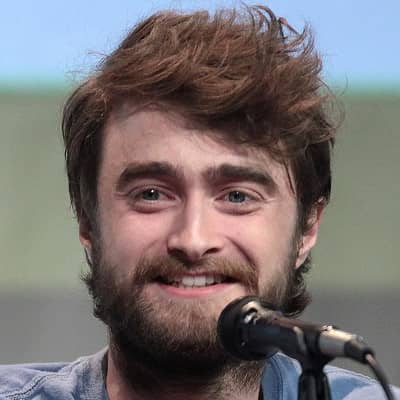 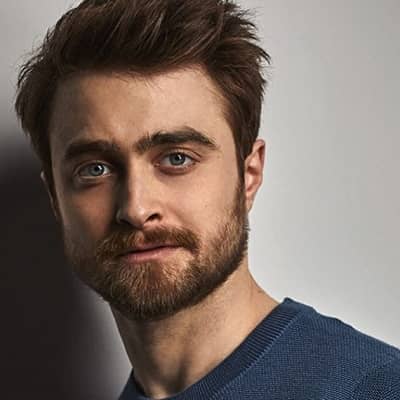 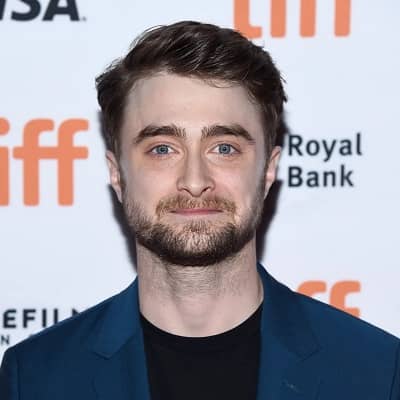 Daniel Radcliffe is a popular English actor. Daniel Radcliffe gained international fame at a young age after portraying the role of Harry Potter in a fantasy film series of the same name.

Daniel Radcliffe was born on 23 July 1989 and he is currently 32 years old. He is originally from Hammersmith, London, England, and his zodiac sign is Leo. Likewise, the actor’s birth name is Daniel Jacob Radcliffe. Talking about her family, Radcliffe’s mother is Marcia Jeannine Gresham (née Jacobson) and his father is Alan George Radcliffe.

In the year 2019, Radcliffe explored both sides of his family history in Who Do You Think You Are? It is a BBC genealogy series. Furthermore, both of this personality’s parents had acted when they were children. 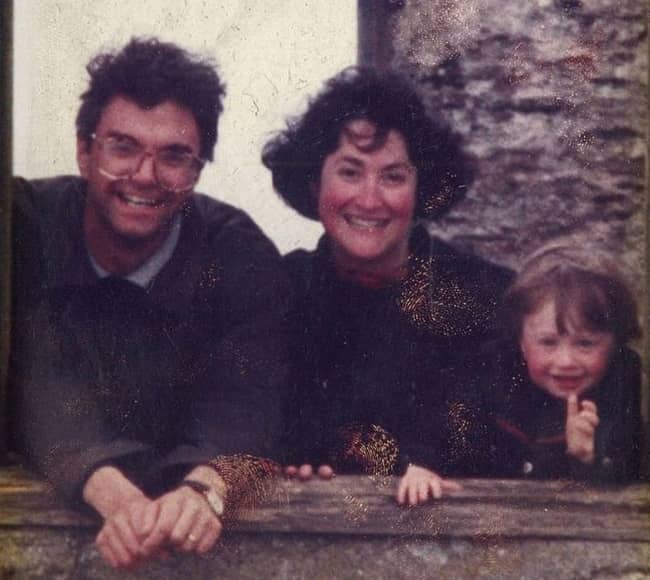 Caption: Daniel Radcliffe in a childhood photo with his parents. Source: Facebook

Professionally, Daniel Radcliffe is a famous actor. This actor is best known for playing the role of Harry Potter in the eponymous film series. Besides this, he has also appeared in numerous other film and theatre roles. Throughout his career, this personality has received various awards and nominations. Likewise, he received his star on the Hollywood Walk of Fame on 12 November 2015.

Moreover, this actor made his acting debut at the young age of 10 years. It was with the BBC One TV film David Copperfield in the year 1999. Following this, he made his feature film debut with The Tailor of Panama in 2001. In the same year, Radcliffe appeared as Harry Potter in the film adaptation of the fantasy novel – Harry Potter and the Philosopher’s Stone – by J.K. Rowling.

Over the next decade, this actor portrayed this role in seven sequels. He reprised this role for the last time in the year 2011 in Harry Potter and the Deathly Hallows – Part 2. Throughout this period, actor Radcliffe became one of the highest-paid actors in the world. Likewise, this actor also gained worldwide fame, popularity, and critical acclaim.

Following the success of Harry Potter, this young actor played the role of lawyer Arthur Kipps in The Woman in Black – a 2012 horror film. Likewise, he appeared as port Allen Ginsberg in Kill Your Darlings in 2013 and Igor in Victor Frankenstein in 2015. 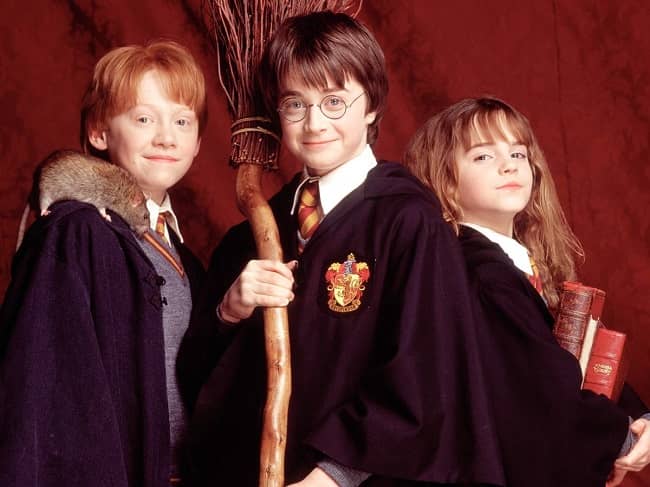 Caption: Daniel Radcliffe in an old photo with his co-stars of the Harry Potter series – Rupert Grint and Emma Watson. Source: Irish Mirror

Furthermore, in the year 2007, this actor branched out to stage acting. He started off by appearing in the West End and Broadway productions of Equus. Similarly, he appeared in the 2011 Broadway revival of the musical How to Succeed in Business Without Really Trying.

This actor continued his stage acting with his appearance in Martin McDonagh’s dark comedy The Cripple of Inishmaan in 2011 on the West End and Broadway. Furthermore, he also appeared in a revival of Tom Stoppard’s play Rosencrantz and Guildenstern Are Dead in 2017 at The Old Vic.

Moreover, Radcliffe appeared in the satirical plays Privacy in 2016 and The Lifespan of a Fact in 2018. This actor has also contributed to many charities like Demelza Hospice Care for Children and the Trevor Project. His involvement in the latter received Radcliffe a Hero Award in the year 2011. Moving on, the young English actor has a net worth of around $118 million US dollars or £95 million Pound Sterling as of 2021. 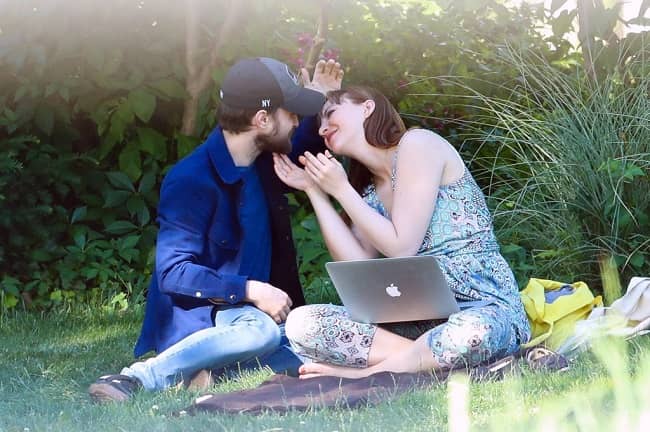 Daniel Radcliffe has been in a romantic relationship with Erin Darke since 2012. The couple developed feeling for each other after meeting each other on the set of Kill Your Darlings. His lover is a popular American actress who gained fame for her role as Cindy in the TV series Good Girls Revolt. 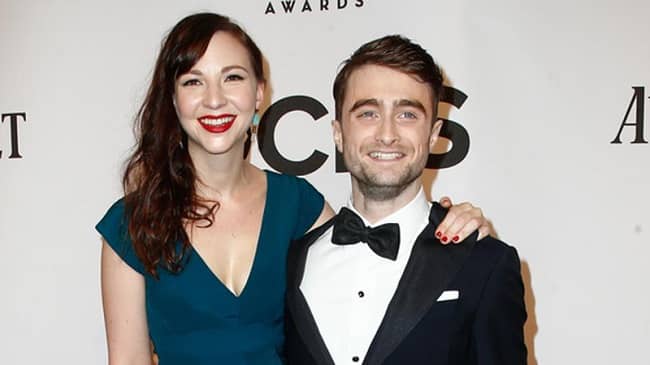 Caption: Daniel Radcliffe posing for a photo with his girlfriend – Erin Darke – at an event. Source: myRepublica

Daniel Radcliffe stands tall at an approximate height of 5 feet 5 inches or 165 cm and his weight is around 53 kgs or 117 pounds. Likewise, the English actor’s chest-waist-bicep sizes are 38-30-16 inches respectively. Similarly, Radcliffe has mesmerizing blue eyes and brown hair. Despite his fame and popularity, actor Radcliffe doesn’t have a professional/personal profile on any social media platforms including Twitter, Tiktok, Youtube, Facebook, Instagram, etc.