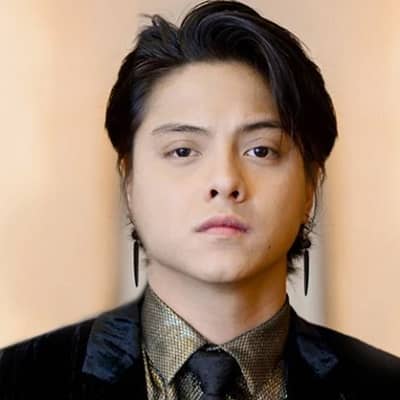 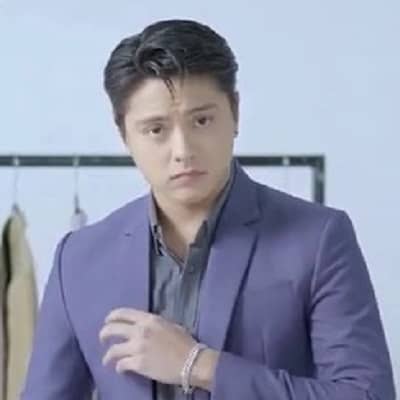 Daniel Padilla is an actor, recording artist, endorser, model, and singer from the Philippines. Moreover, Daniel Padilla made his television debut with a supporting role in the soap opera Gimik 2010 (2010), before landing the lead role in Growing Up (2011).

Daniel John Elago Ford best known by his screen name Daniel Padilla was born on the 26th of April, 1995, in Manila, Philippines. According to his birth date, this actor is 27 years old and holds Filipino nationality.

Moreover, he has a birth sign of Taurus and belongs to mixed ethnicity. In addition, Padilla believes in Christianity by religion. This actor was raised as a single parent by his mother. Padilla was born into a well-known family with a lengthy history in politics and film.

Regarding his academic background, he attended a primary school in Tacloban and studied there up to grade 4. Later, he reportedly took the home study program of UST Angelicum College.

Daniel Padilla began acting at the age of 15, appearing in the 2010 soap opera ‘Gimik 2010.’ It was the official adaptation of a Filipino show from the 1990s, and while playing a minor role, his performance was recognized.

In 2011, he was given another youth-oriented show, ‘Growing Up,’ and this time he portrayed one of the series’ major characters.  His career took off when he landed a role in the soap opera ‘Princess and I,’ which soon became one of the most popular in the Filipino industry. He made his feature debut in 2012 with ’24/7 in Love,’ riding high on success. 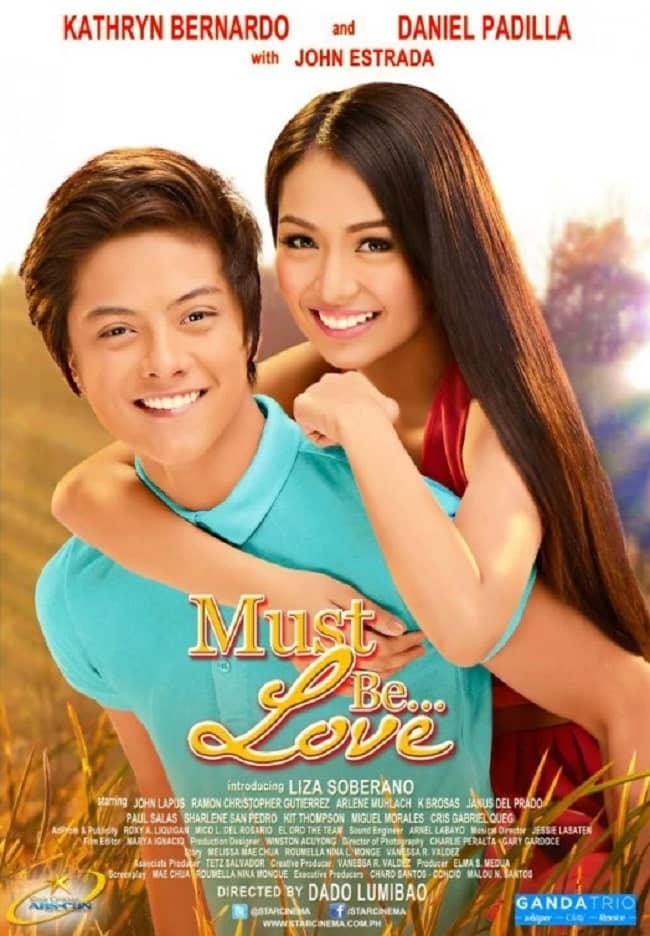 Caption: Daniel Padilla in a movie, Must Be Love (Source: wynnesworld)

The film was a big hit, and his on-screen relationship with co-star Bernardo became famous. In the same year, the two reunited for the film ‘Sisterakas.’ The film was shown at the ‘Metro Manila Film Festival’ in 2012.

He had gained a lot of confidence in his musical abilities by this point. The success of his film and television productions encouraged him that he should begin his first musical attempt. In 2014, he starred in the critically acclaimed film ‘She is Dating the Gangster.’ It was later considered one of the year’s highest-grossing films.

Other television and movies appearances

‘Nickelodeon’ named him their ‘Global Slime Star’ in February 2015. As a result, he became the first Filipino actor to get the prize.  In the same year, he appeared in ‘Crazy Beautiful You,’ which became one of the year’s highest-grossing pictures.

His most recent film, “Whether the Weather Is Fine” made its world premiere at the 74th Locarno Film Festival on August 9, 2021. He is now playing Elorde “Eloy” Borja in “2 Good 2 Be True” a Philippine drama romantic comedy TV series that will air internationally on The Filipino Channel on May 16, 2022.

‘Daniel Padilla,’ his self-titled first album, was released in May 2012. It was a huge local success, and it was certified “double-platinum” within a year of its release. His video for the song ‘Nasa lyo Na Ang Lahat’ became viral. It was named one of the best three Filipino videos of 2013 and received several awards.

Daniel released the first song off his sophomore album, ‘DJP,’ through ‘My Music Store Philippines’ in March 2013. On April 16, the same year, he released the album. The album surpassed his last attempt in terms of success, and it was certified “platinum” on the first day of its release.

The next day, it was designated as a “double-platinum” album. Following the album’s encouraging success, he went on his ‘Daniel: Live!’ tour. This was the first live performance aired on Sky Cable’s pay-per-view service.

He released another album, ‘I Heart You,’ in April 2014, and it debuted at the top of the ‘iTunes Philippines’ list. ‘Odyssey Music & Video’ rated it the best-selling album of the year, and it went platinum in less than a month.

The album went “double platinum” within a little more than a month of its release. Daniel took his music international in April 2014, performing alongside Yeng Constantino in Dubai, followed by shows in London, Rome, and Milan.

Tour, concert, and other works

He received a “star” on the Filipino equivalent of the “Hollywood Walk of Fame” in December 2014. In the same month, he was selected as one of the top ten OPM artists on Spotify’s ‘Year in Music’ list.

He did a concert in Dubai in January 2015 named ‘Daniel Padilla and Kathryn Bernardo Live in Dubai.’ ‘I Feel Good,’ his third studio album, had 13 tracks and was certified “gold” within the first week of its release. ‘Odyssey Music & Video’ was the year’s best-selling Album.

He later performed in the United States alongside numerous other Filipino celebrities in a concert named ‘ASAP Live in New York.’ During the concert, he also promoted his film, ‘Barcelona: A Love Untold.’

He was cast opposite Bernardo in the film, and it was his first time acting as an adult. The film garnered positive reviews and went on to become one of the year’s highest-grossing films.

As of 2022, his net worth estimates at around $10 million. The Philippines’ most famous star has made a fortune through his multiple careers as an actor, recording artist, model, and singer.

He charges between $500 thousand and $1 million for every film for his role. His recording fee for a song is estimated to be approximately 200 thousand Philippine pesos. 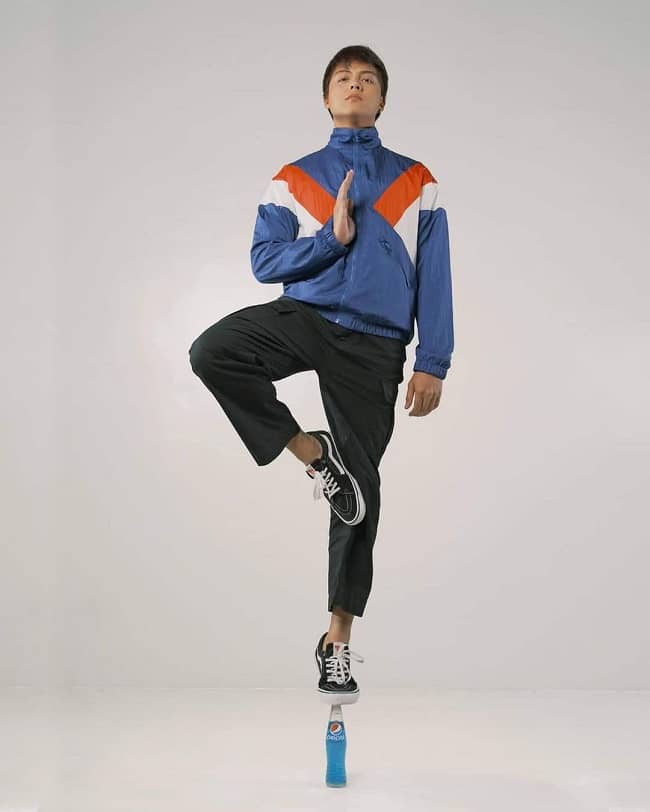 Padilla also makes a lot of money from his large sponsorship deals. Moreover, he was named one of the top Filipino celebrity endorsers in 2013.  He has endorsement partnerships with brands such as “Bench” KFC, Pepsi, Nescafe, Honda, and Oishi.

This Filipino actor is not yet married. But, he is in a long time relationship with Kathryn Bernardo. Professionally, Bernardo is a Filipina actress and has been hailed as the box office queen of her generation.

Forbes Asia named her one of Asia-most Pacific’s most influential social media personalities. Bernardo and Padilla started dating in May 2012. The couple initially met during the filming of “Growing Up.” in early 2011. 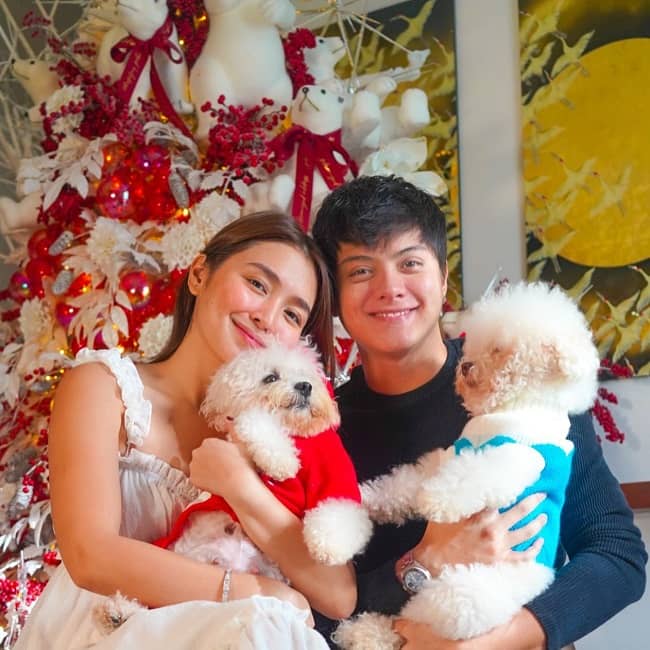 Their on-screen relationship was quickly adored by netizens and received extensive recognition when they worked together on their first movie. Soon after, they began dating in real life and went on to work together in several romantic flicks.

Despite their decades-long romance, the pair has yet to marry. During their recent meeting in “, 2 Good 2 Be True” the pair talks about the prospect of marrying within the next ten years.

This actor stands 5 feet 11 inches tall and weighs around 74 kg. Moreover, he has dark brown hair with black eyes color and there is no other information regarding his other body measurements.