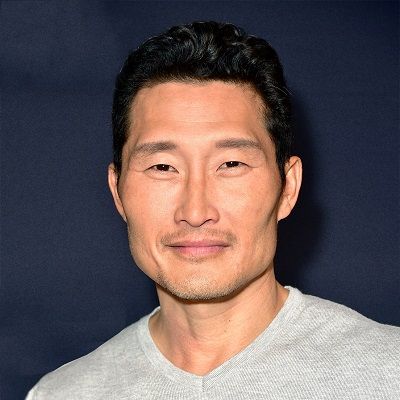 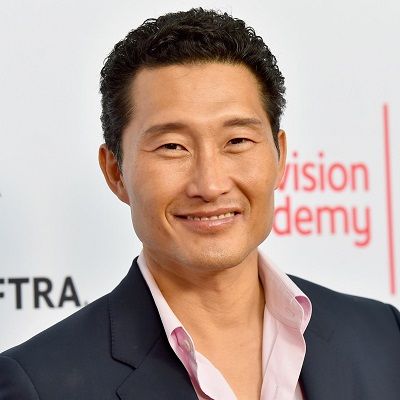 Daniel Dae Kim is an American actor most popular for his roles in “Lost” and “Hawaii Five-0” among others. Daniel Dae Kim is also a voice actor, director, and producer. He recently tested positive for COVID-19 and also updated that he is “practically back to normal” after self-isolation and taking medications prescribed by his personal doctor.

Daniel Dae Kim was born on the 4th of August 1968 in Busan, South Korea. His Korean name is Kim Dae Hyun, 김대현 and his nickname is DDK. Similarly, he is 51 years old at present.

His parents are his mother Jung Kim and his father Dr. Doo-tae Kim. His family moved to the United States when he was only a year old and hence he grew up in New York City, Easton, and Bethlehem, Pennsylvania.

There is no information regarding his siblings. But looking at several childhood pictures that Daniel posted on his Instagram, it doesn’t look like he is the only child of the Kim couple.

In one of his photos, he captioned, ” Meet the Kim kids. Man, did we love our baby sister, even back then!”. This hints that he grew up with his siblings, but he hasn’t talked much about them. 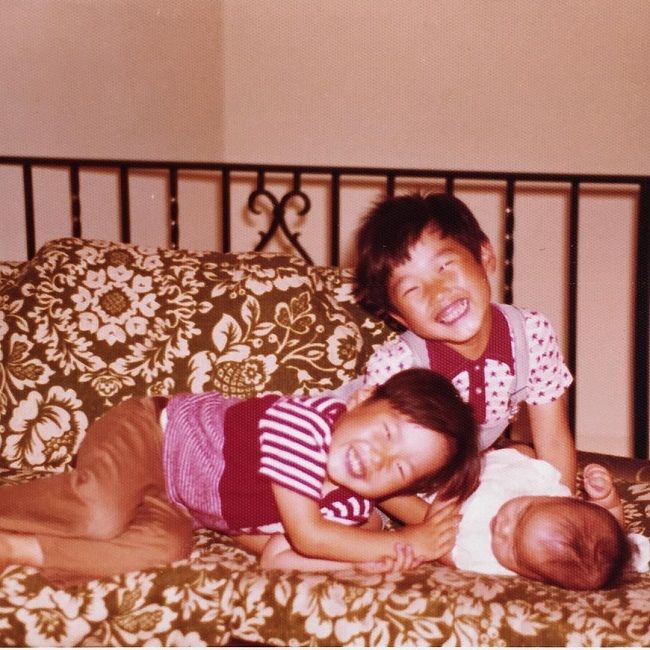 Caption: Daniel Dae Kim in one of his many childhood photos. Source: Instagram

Talking about his educational background, Kim graduated from Freedom High School located in Bethlehem, Pennsylvania. It is the same high school attended by Dwayne Johnson.

In the year 1990, he then graduated from Haverford College/Bryn Mawr College with a double bachelor’s degree in Theater and Political Science.

He later went on to earn an MFA from New York University’s Graduate Acting Program in 1996.

Daniel Dae Kim is a married man and his wife is Mia Kim. The lovers tied the knot on 12th June 1993 and have been together ever since, for 26 years.

The couple has two sons together namely Zander Kim and Jackson Kim.

Even though Kim continues to split his time between Los Angeles and New York, he spends the majority of his year in Honolulu, Hawaii.

There, Daniel lives with his wife and two children. He continued his residency in Hawaii after being cast in Hawaii Five-0.

Prior to this, he moved here initially during the later seasons of Lost. He also served as a speaker at the 2014 University of Hawaii commencement ceremony. 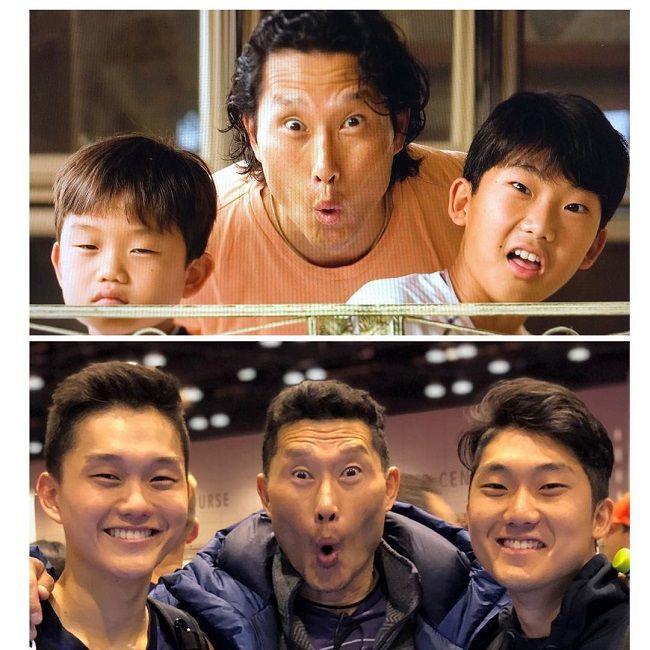 Talking about Daniel’s body measurement stats, he stands tall at a height of 5’9″ and he weighs around 77 kg. Similarly, his chest-waist-biceps size is 40-30-15 inches respectively.

However, there is no information about his dress size and shoe size. Moreover, he has black hair and eyes of the same color.

His facial feature is characterized by small eyes that are native to his birthplace, Korea, and other East-Asian countries.

Daniel Dae Kim shared the news via a 10-minute video on his Instagram handle on 19 March 2020. He disclosed that he tested positive for the global pandemic COVID-19, a.k.a. Corona Virus.

Later, on Saturday, 21 March 2020, Kim updated the public about his journey to recovery and the medications he has been taking to fight against the pandemic.

Initially, in the 10-minute video, Kim talked about when he started to feel the symptoms and how he knew about his condition.

He was in New York filming NBC’s New Amsterdam, where, ironically, he plays a doctor who gets recruited to a hospital to help patients during a flu epidemic.

He will appear on the April 7 episode “Pandemic”. Daniel left the set when the show shut down production and headed back home to Hawaii.

But as the flight got close to landing, he started noticing some scratchiness in his throat. Hence, to stay safe, he self-quarantined himself in a room at his home and rest on his own.

However, later that night, he started feeling tightness in his chest, and body aches and his temperature also started to rise. When he consulted his doctor, the doctor told him to get tested for the global pandemic. 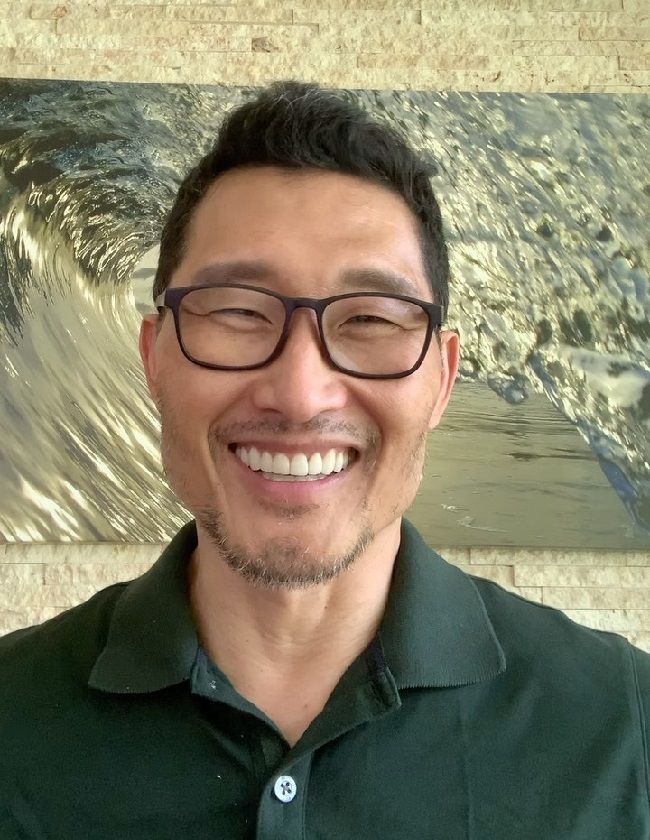 Finding out about his case

The next day, Kim went to a drive-through testing facility that had just opened in Honolulu. After submitting the required samples, they told him that the results will be back in three days.

That was the only time he left home and over that period of time, he remained self-isolated.

During this time, his doctor also prescribed him some medications instead of going to the hospital because he believed that medications, rest, liquids, and his loving family were enough for his recovery.

Soon after his test came out positive, NBC and New Amsterdam producer Universal TV sent a memo to the cast and crew informing them of Kim’s diagnosis.

But their conditions have not been updated, which is a good thing as this could mean no other cast and crew were infected.

In his next Instagram video, Kim described the malaria drug hydroxychloroquine as the “secret weapon” in his treatment.

He took the medicine alongside a cocktail of other medicines that includes Tamiflu and the antibiotic widely known as Zpack.

He also used a glycopyrrolate inhaler to help with breathing and inflammation as advised by his personal doctor.

Hydroxychloroquine, the anti-malaria drug, is the same drug that President Trump claimed as the treatment for the Corona Virus, a “game-changer” for this pandemic.

His statement resulted in cases of thousands of consumers across South Asia and Africa rushing to stockpile the drug, panic-buying, and overdoses.

However, Dr. Anthony Fauci said that there is no evidence that the drug is promising as anecdotal, and since it was not studied, it is based on personal accounts.

Daniel Dae Kim claims that the drug was helpful for his recovery and hence the concerned teams could add his name to those personal accounts who got better using the anti-malarial drug.

He somehow said that what President Trump claimed was a possible treatment for the global pandemic coronavirus is not completely impossible.

Dr. Anthony Fauci is serving as a member of the White House Coronavirus Task Force addressing the 2019–20 coronavirus pandemic.

Kim also claims through his video that the anti-malarial drug that sparked controversies and concerns from health experts is the same drug that has been used with great success in Korea in their fight against the coronavirus.

Moreover, Daniel Dae Kim is almost back to normal and in complete recovery with no other family members catching the Novel Coronavirus from the actor.

More on his videos

He advised the viewers to not blindly follow his journey to recovery since he is not a doctor himself.

Kim shared a personal experience with the virus, experimenting with the medications, which worked out for him.

However, the same medicines might not work for everybody and he suggests everyone take precautions while taking medicines for the disease to avoid possible backlash and health issues.

His quarantine might end on Monday, but he would love to get tested again just for “peace of mind”. However, he also believes that it is not possible due to the lack of enough test kits.

Furthermore, Daniel Kim also spoke out against the racism related to the pandemic. He said:

“Please, please stop the prejudice and senseless violence against Asian people. … Yes, I’m Asian. And yes, I have coronavirus. But I did not get it from China, I got it in America. In New York City. Despite what certain political leaders want to call it, I don’t consider the place where it’s from as important as the people who are sick and dying.”

DDK is an American actor, voice actor, and producer. Daniel has made a career of creating multifaceted and stereotype-breaking roles as an actor, director, and now, producer.

Prior to his role as Chin Ho Kelly on Hawaii Five-0, Daniel was best known for his role as Jin-Soo Kwon on Lost.

Lost is a hit series that earned him several awards and on Hawaii Five-0 he played the character, Chin-Ho Kelly, for seven seasons.

Prior to international fame, Daniel discovered acting when he was a student at Haverford College. Then after graduation, he moved to NYC where he started off his career on stage.

He performed in classics such as Romeo and Juliet, Ivanov, and A Doll’s House.

Despite early success, he went further to gain more knowledge of the craft and enrolled in New York University’s Graduate Acting Program.

After receiving his MFA, Daniel began playing roles in The Jackal, For Love of the Game, The Hulk, Spider-Man 2, and The Cave. He also starred in Crash, an Academy Award-winning film.

Talking about his career in voice acting, Daniel has lent his voice to animated series and films like The Tale of Princess Kaguya. It is an award-winning Studio Ghibli film.

It is a bestselling series in which he voiced the character Johnny Gat. In addition to all these, Daniel has also guest-starred on numerous TV shows.

They include CSI, ER, and two seasons on 24 as CTU Agent Tom Baker. In the year 2008, Kim also appeared in The Andromeda Strain. It is an Emmy Award-nominated miniseries.

Besides his on-screen career, Daniel leads his production company 3AD. He established it in 2014 to produce premier content for TV, film, and digital media.

He developed it in partnership with ITV Studios America. The company commits to storytelling that features characters and cultures traditionally underrepresented in today’s media.

3AD also produced projects including The Good Doctor (ABC). It is the season’s acclaimed new series, where Daniel serves as Executive Producer.

The Lost actor has bagged two awards for this very movie. He won the title “Outstanding Performance by an Ensemble in a Drama Series” at the 12th Screen Actors Guild Awards in 2006.

Other than these, Daniel also received nominations at the 2011 and 2012 Teen Choice Awards for the title “Choice TV Actor – Action”. It was for his role in Hawaii Five-0.

Moreover, Daniel was also individually honored with an AZN Asian Excellence Award, a Multicultural Prism Award, and a Vanguard Award from the Korean American Coalition, all for “Outstanding Performance by an Actor”.

In the year 2009, Kim was also recognized with the prestigious KoreAm Achievement Award in the field of Arts and Entertainment. People’s Magazine has also twice named him as one of the “Sexiest Men Alive.”

Most recently, Daniel received a Broadway Beacon Award for his role as the King of Siam in The King and I.

It is a Lincoln Center’s Tony Award-winning production. He also received the Theater Legacy Award from Pan Asian Repertory Theater in New York.

Outside of his artistic endeavors, DDK actively pursues interests in the community at large, having most recently served as a Cultural Envoy and Member of the U.S. Presidential Delegation for the United States at the World Expo, which was held in Korea.

Talking about his net worth and earnings, Daniel accumulated it through his numerous roles in television series, films, and voice acting in video games and animated films.

More precisely, his net worth is around $10 million.

Daniel is quite active on his social media accounts. He joined Twitter in May 2010 and so far has 224.4k followers on his verified @danieldaekim account.

Moreover, he is also available on Instagram with the handle @danieldaekim, which has 525k followers and 890 posts.

His recent social media posts are related to the global pandemic CoronaVirus, a.k.a. COVID-19.

He has been updating his health condition after testing positive for the virus. He also has a Facebook page with 530.9 followers.