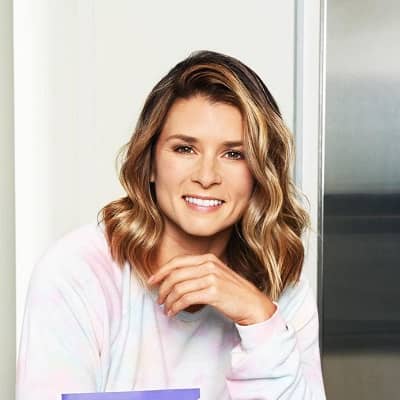 Danica Patrick is a prominent American racing driver who is the most successful woman in the history of American open-wheel racing. Danica Patrick is also an entrepreneur and a businesswoman who owns the clothing line “Warrior by Danica Patrick”. She is also the author of “Pretty Intense” and sole proprietor of “Somnium”.

Danica Patrick was born on March 25, 1982, and she is currently 40 years old. Her full name is Danica Sue Patrick. Danica hails from Beloit, Wisconsin, United States, and she grew up in Roscoe, Illinois. Likewise, Danica’s zodiac sign is Aries. Talking about her parents, Danica’s parents are mother Beverly Ann (née Flaten) and father Terry Joseph “T. J.” Patrick Jr. Similarly, she has a sister named Brooke who is a pediatric physical therapist.

Talking about Danica’s ethnic background, she is half Norwegian, part Italian, Irish, French-Canadian, and Native American. Regarding her educational journey, Danica attended Hononegah Community High School. However, Danica dropped out of high school in 1998 with her parents’ permission. Subsequently, Danica moved to the United Kingdom to further her career. 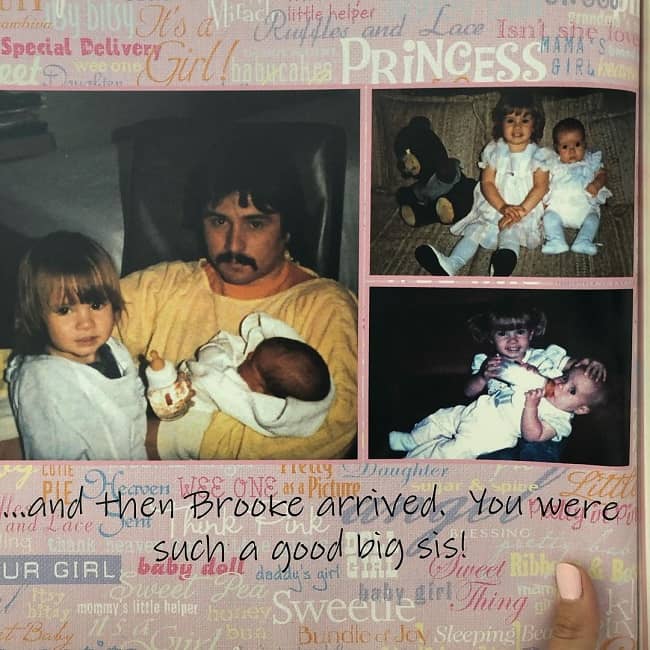 Caption: Danica Patrick in childhood photographs with her sister and father. Source: Instagram

Professionally, Danica Patrick is the most successful woman in the history of American open-wheel racing. Danica is now a professional former racing driver. Likewise, Danica’s victory in the 2008 Indy Japan 300 is the only win by a woman in an IndyCar Series race. Danica has made several cameo appearances in films and TV shows since 2008. Danica has also appeared in two music videos. They are Jay-Z’s 2006 song Show Me What You Got and 2018’s Girls Like You.

Before becoming a racer, Danica was a cheerleader during her high school in 1996. She then spent her time as a babysitter for her neighbor. Earlier in her life, Danica wasn’t interested in racing. Rather, she wanted a career as a secretary, a singer, or a veterinarian.

Likewise, when she began karting at Sugar River Raceway in Brodhead, Danica’s father acted as her crew chief. On the other hand, Danica’s mother kept statistics on her racing. Further, in her debut race, Danica crashed into a concrete wall at 25 mph (40 km/h) following a brake failure. 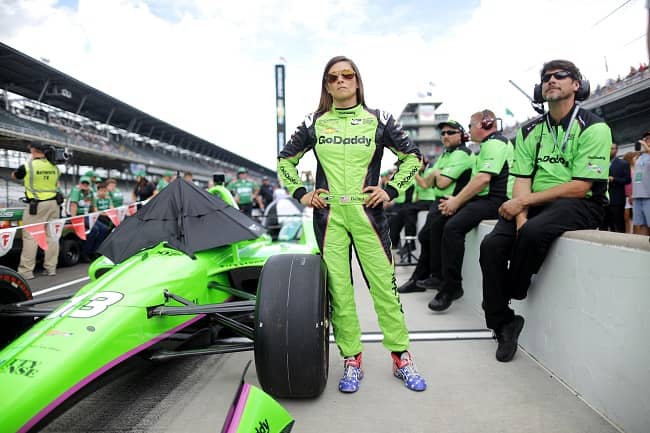 Talking about the beginning of her profession, Danica started karting at the age of ten. From an early age, the racer achieved early success after winning her class in the World Karting Association Grand National Championship. She actually won the title thrice in the mid-1990s.

After competing in Formula Vauxhall and Formula Ford while in the UK, Danica returned to the United States in 2001. This is because of Danica’s lack of funding to further her career. A year later in 2002, Danica competed for Rahal Letterman Racing in five Barber Dodge Pro Series races.

For the next 2 years, Danica raced in the Toyota Atlantic Series. She became the 1st woman to win a pole position in the series as she won 3rd in the championship standings for the 2004 season. This was actually her best effort.

In the year 2005, Danica 1st drove in the IndyCar Series with Rahal Letterman. That year, the racer took three pole positions. She had equal records as Tomas Scheckter of poles in a rookie season. The same year, Danica was named the “Rookie of the Year” for both the Indianapolis 500 and the IndyCar Series in 2005.

Over the next two years with Rahal Letterman Racing and Andretti Green Racing, Danica improved. Likewise, in the year 2008, Danica followed up her Japan victory to place 6th overall in the drivers’ standings. In the following season, Danica secured fifth and soon Danica finished a career-high 3rd at the Indianapolis 500. The latter was actually the best performance by any woman at the race.

However, in 2010, her overall form declined. Nevertheless, Danica still managed two-second-places at oval tracks. Following this, she left IndyCar after the 2011 season. She did so in order to focus on stock car racing full-time. 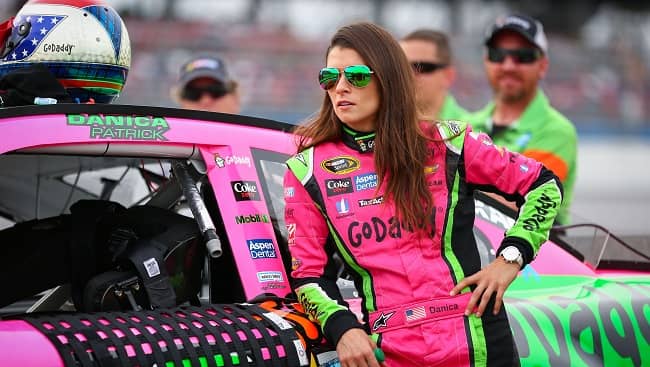 Danica started racing stock cars in the year 2010. It was in the NASCAR Nationwide Series (aka Xfinity Series). Her best result was a 4th-place finish at Las Vegas Motor Speedway in the year 2011. Danica’s career-high achievement was finishing 10th in the 2012 season standings. Danica was also the 2nd woman to clinch a pole position in the Nationwide Series. Before her, Shawna Robinson was the 1st woman to do so in the year 1994.

Similarly, Danica started in the Sprint Cup Series (aka NASCAR Cup Series) in the year 2012. Danica also became the 1st woman to win a Cup Series pole position. However, Danica stopped racing full-time following the 2017 season. Nevertheless, the racing competed at the 2018 Daytona 500 as well as the Indianapolis 500 the same year before officially retiring. 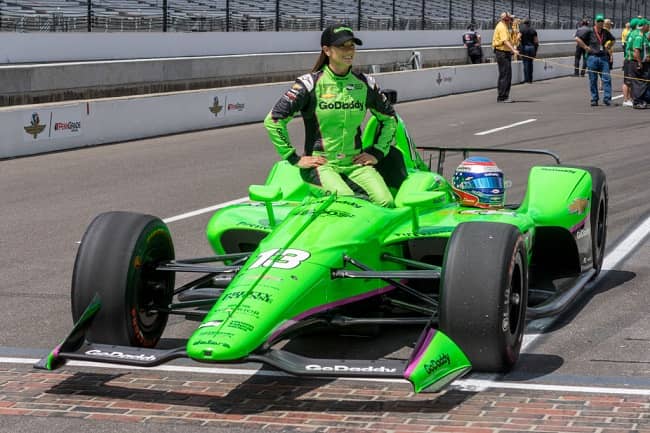 Danica Patrick is in a romantic relationship with Carter Comstock. Carter is an American businessman. Prior to this, Danica was in a relationship with Ricky Stenhouse Jr. from 2012 to 2017. Then from 2018 to 2020, she was dating Aaron Rodgers. The former is a fellow NASCAR driver whereas the latter is an NFL quarterback for the Green Bay Packers. Also, Danica was married to Paul Edward Hospenthal from 2005 to 2013. Paul is a physical therapist who she met in 2002. The two met each other when Danica was recovering from a hip injury. 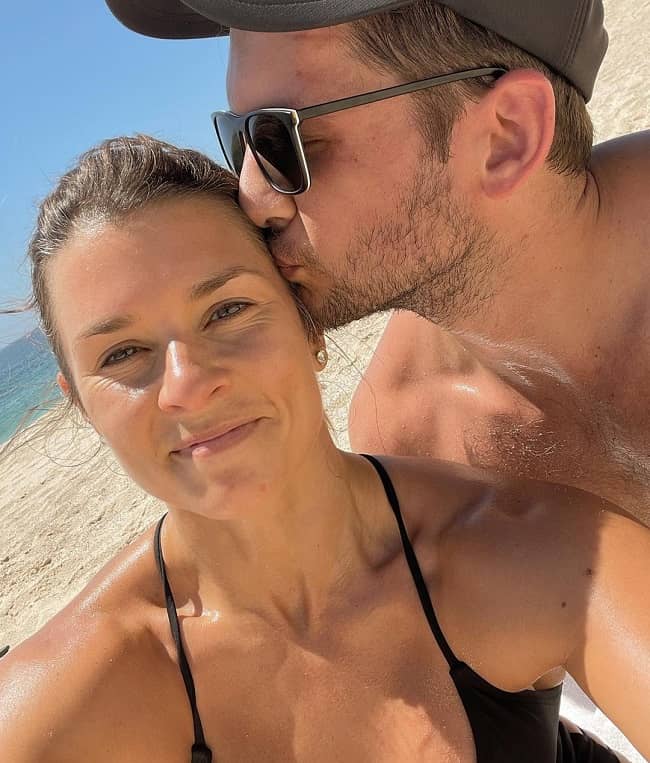 Danica Patrick’s listed height is 5 feet 2 inches or 1.57 meters and her listed weight is around 100 lbs or 45 kgs. Similarly, Danica has brown hair color and eyes of the same color.

She then created her “Danica Patrick” Youtube channel on October 22, 2006. So far, this channel has over 5.4 million views and 39.8K subscribers. Moving on, Danica has a net worth estimation of approximately $80 million US dollars as of 2021.