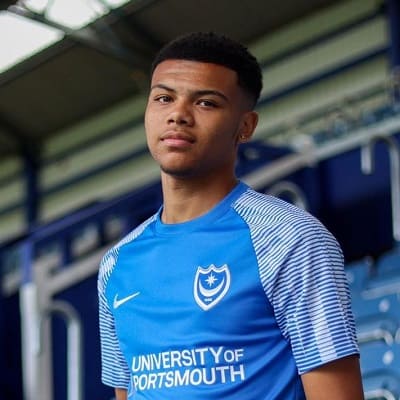 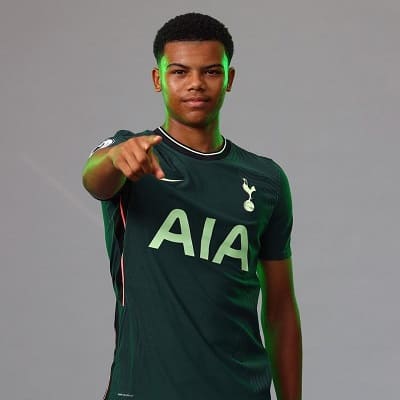 Dane Scarlett was born on 24 March 2004 and he is currently 18 years old. Scarlett hails from Hillingdon, London, and his zodiac sign is Aries. Likewise, his full name is Dane Pharrell Scarlett. There is no information related to Scarlett’s parents, siblings, educational journey, and other personal details.

Professionally, Dane Scarlett is a famous footballer. As such, Dane plays as a forward for Portsmouth on loan from Tottenham Hotspur. This player was part of the Tottenham Under-18s team in the 2019–20 season. However, following his knee injury, the season ended prematurely for Dane.

This player then started to play with the 1st team in the pre-season friendly matches in August 2020. However, he returned to the Under-18s at the start of the 2020–21 season. Scarlett scored 10 goals and made 3 assists in 8 games. Four of the goals he made were scored in the Under-18s game on 21 November 2020. It was a match against Southampton that ended in a 7–0 win.

His exceptional performance led to an appearance on the bench in the Europa League game. He appeared against Ludogorets Razgrad on 26 November 2020. Also, Dane made his debut for Tottenham coming on as a substitute for Lucas Moura in this game.

At the young age of 16 years and 247 days, this personality became the youngest player to appear in a senior first-team competitive game for Tottenham. This record lasted until 10 January 2021 when Alfie Devine made his debut at the age of 16 years 163 days. Caption: Dane Scarlett in a photo from his game in June 2022. Source: Instagram

On 12 January 2021, Dane scored five goals for the U18 team. It was in the 6–2 win game against Newport County in the FA Youth Cup. Moreover, this player also made his Premier League debut on 7 February 2021.

Similarly, on 24 February 2021, this personality became the youngest player to make an assist in the Europa League since Kylian Mbappé. He made this record in a 4–0 win against Wolfsberger AC. Similarly, on 28 March 2021, Scarlett officially signed his 1st professional contract with Tottenham Hotspur.

Dane made his 1st start for Tottenham on 19 August 2021. It was in the inaugural UEFA Europa Conference League competition where he played against F.C. Paços de Ferreira. Following the 2021–22 season, Dane signed a new contract with Tottenham until 2026. On 27 July 2022, this player was loaned to League One side Portsmouth ahead of the 2022–23 League One season.

Further, this footballer made one appearance for the England national under-16 football team in August 2019. He played against Denmark where Dane scored both goals in a 2–0 win. Similarly, on 2 September 2021, Dane made his debut for the England U19s. In the same game, Dane scored during a 2–0 victory over Italy at St. George’s Park.

Likewise, on 17 June 2022, this player was included in the squad for the 2022 UEFA European Under-19 Championship. Similarly, Dane scored twice in a group stage match against Serbia and started in the final as England won the tournament with a 3–1 extra-time victory over Israel on 1 July 2022. Dane Scarlett is most probably single and not involved in any romantic affairs at present. Dane has not shared any social media posts related to his love relationships. Also, this young footballer is more focused on strengthening his career as a football player than on his relationships at present.

Dane Scarlett stands tall at an approximate height of 5 feet 9 inches or 180 cm and his weight is around 76 kgs or 168 lbs. Similarly, Scarlett has dark brown eyes and hair of the same color. Talking about his social media presence, Dane Scarlett joined Twitter in May 2020 and so far has over 48.6K followers on his @dscarlett09 account. Likewise, he is available on Instagram under the username @danescarlett9.

As of August 2022, this profile has earned over 140K followers. Besides these, Scarlett doesn’t seem to be available on other platforms like Facebook, Youtube, Tiktok, etc.