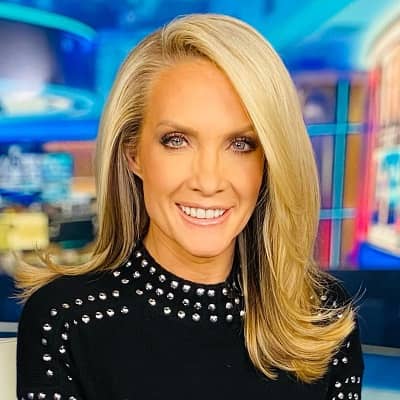 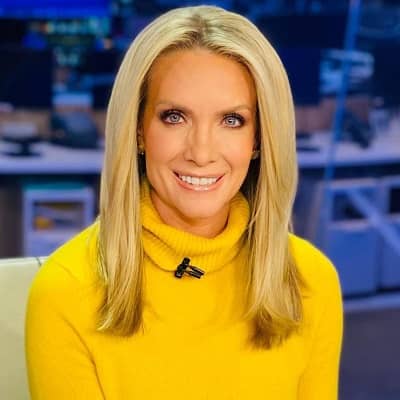 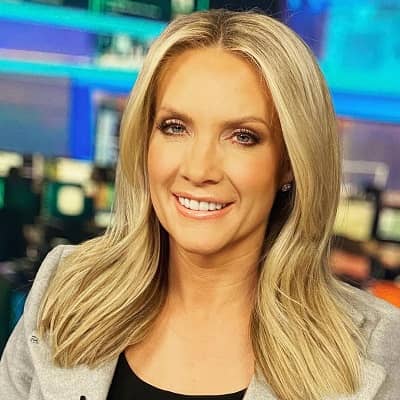 Dana Perino was born Dana Marie Perino. She came to this world on May 9, 1972. She hails from Evanston, Wyoming, USA. However, she grew up in Denver, Colorado. Presently, she is 49 years old and her birth sign is Taurus. Her parents are Leo Perino (father) and Janice “Jan” (mother). She has two siblings, a brother and a younger sister named Angie Mahock.

She attended Ponderosa High School in Parker. Later, she graduated from Colorado State University-Pueblo with a bachelor’s degree in mass communications and minors in both political science and Spanish. Further, she went on to obtain a master’s degree in public affairs reporting from the ‘University of Illinois Springfield (UIS).’ 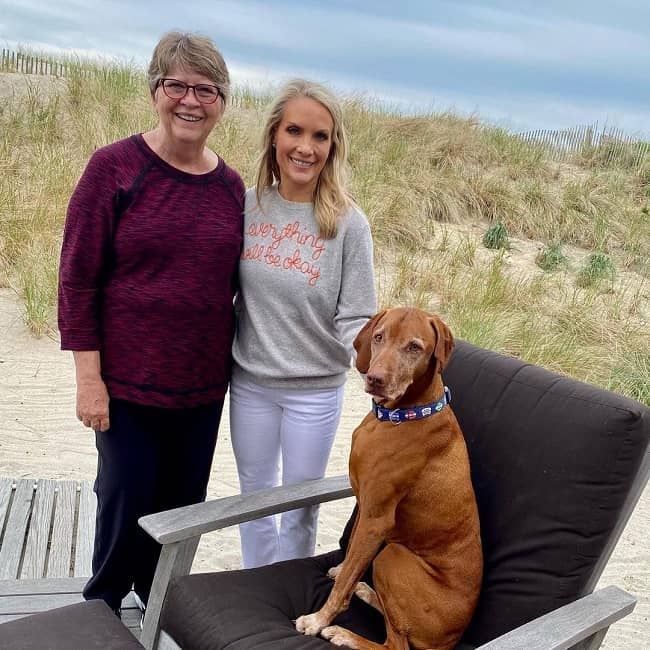 And, she is a book publishing executive at Random House. Therefore, her first book, “And the Good News Is…” was published by Twelve and was released on April 21, 2015. Moreover, on October 2, 2017, she started hosting ‘The Daily Briefing with Dana Perino’ on Fox News. Similarly, in early 2021, she left The Daily Briefing to co-anchor America’s Newsroom with Bill Hemmer.

She appears as part of the election and political coverage teams on the Fox News Channel. And, with Chris Stirewalt, she also has a weekly political podcast, “I’ll Tell You What,”. 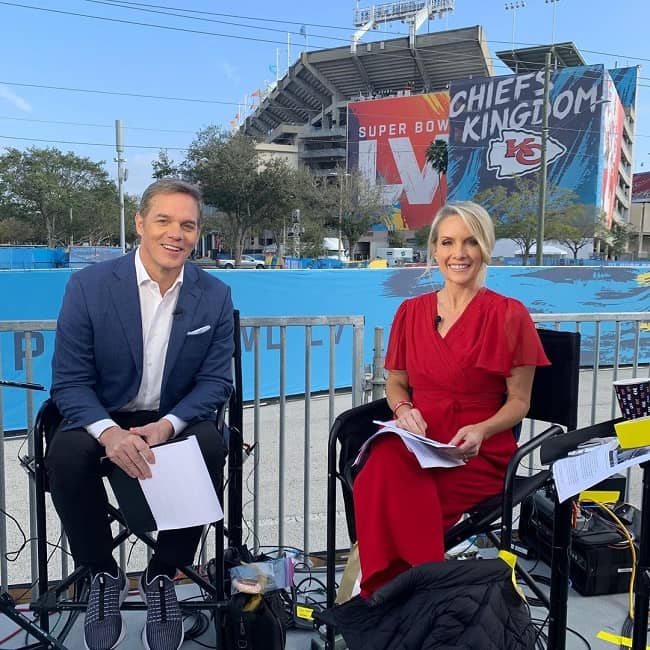 Caption: Dana Perino and Bill Hemmer behind the scene while working. Source: Instagram

She united the Bush Administration following the September 11th terrorist attacks in 2001 as a spokesperson at the U.S. Department of Justice. Moreover, in January 2009, one day after President Bush left office, she and her husband traveled to Africa to volunteer at Living Hope, in Fish Hoek, South Africa, a faith-related organization that leads several programs for people affected by all aspects of HIV and AIDS.

On her return, she was nominated by President Barack Obama to serve on the Broadcasting Board of Governors. She was confirmed by the United States Senate in June 2010. Similarly, in May 2012, she appeared alongside NBA legend, Kareem Abdul-Jabbar and CNBC anchor David Faber on the hit TV quiz show, “Jeopardy”.

After college, she had her first experience in Washington, working for Congressman Scott McInnis (R-CO). Later, she also served as the press secretary for Congressman Dan Schaefer (R-CO). And, she also spent time working at a public relations firm in San Diego. She also worked as a country music disc jockey from 2 to 6 AM on Saturdays and Sundays while in school in Pueblo, Colorado.

In the year 2010, she began teaching a class in political communications part-time at George Washington University’s Graduate School of Political Management. And, in March 2011, the ‘Crown Publishing Group,’ announced that she had joined its books imprint Crown Forum as Editorial Director. But, she has since left this position.

Dana met her future husband, Peter McMahon, in August 1997. They tied the knot in 1998. She has been a resident of Bay Head, New Jersey. There is no more information about her husband and personal life. She surely is living a happy and prosperous life. She is a dog lover and owns a pet dog named Jasper. 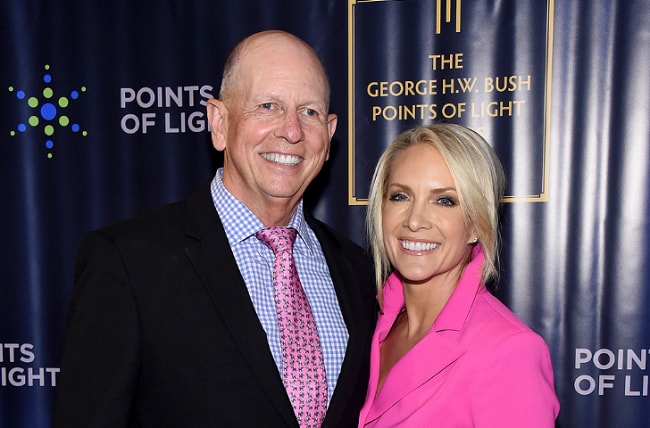 Dana is a beautiful and pretty girl. She is quite short measuring a height of 5 feet 1 inch. And, she has a decent weight of 55 kilos. Similarly, she has a fine, slim, and lean body figure. Her chest-waist-hip measurements are 34-36-35 inches respectively. Additionally, her shoe size is 6 (US). She has a pretty set of blue eyes and her hair is of blonde color.

She definitely earns a good amount of money throughout her professional career. However, her primary source of income could be her career in the political world. Therefore, her estimated net worth is $6 million as of 2021.