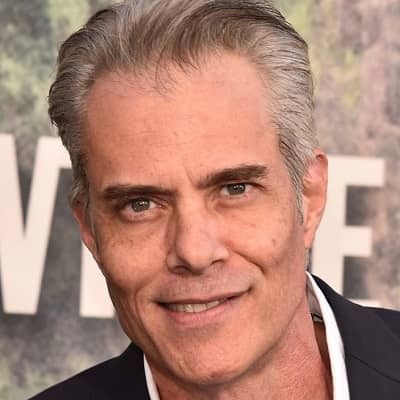 Dana Ashbrook is an actor and writer based in America. Dana Ashbrook is most popular for his role,’ as Bobby Briggs in the TV series,’ Twin Peak’. Likewise, he has played roles in the documentary, short films, TV series, and big screens like ‘She’s Out of Control’, ‘Inner Balance’, and ‘Darkmatter’ to name a few.

Dana Ashbrook’s full name is Dana Vernon Ashbrook. He was born on May 24, 1967, and has turned 55 years as of now. He is originally from the United States of America and his birthplace is San Diego. Ashbrook’s father Vernon L. was a director of the Palomar College drama department while his mother, D’Ann Paton is a teacher, who performs in a local theatre. His parents got divorced later to whom he loves unconditionally and regard his family as a normal, healthy, all-American divorced family.

Ashbrook is an American by nationality while his ethnicity is White Caucasian. His birth sign is Gemini. Furthermore, he is the brother of a writer, Taylor Ashbrook, and actress, Daphne Ashbrook. He grew up in Spring Valley, El Cajon, and La Mesa.

Regarding their educational background, he attended Monte Vista High School in Spring Valley. He graduated high school in 1985. He studied acting with Harry Mastrogeorge.

Dana is still stealing the limelight with amazing natural acting skills. Initially, his career in acting commenced when he left a good impression on Danphe’s agent while performing a high school play. His first-ever film debut is an uncredited role of Boy of Boat in Attack of the Killer Tomatoes. After that, he did a few series in the year 1987 like Cagney & Lacey, Days of Our Lives, Knots Landing, and ABD Afterschool Specials.

Talking more about his acting career, he played the role of Tom Essex in the horror film Return of the Living Dead Part II. Alongside Deborah Foreman, he was cast as Tony in another horror movie, Waxwork in the year 1988. Similarly, he appeared as Mark Stevens in one of the episodes of 21 Jump Street in 1988. At the same time, he was doing another movie named, ‘A Place To Hide’. In the year 1989, he played the character of Joey in ‘She’s Out of Control’. Likewise, he was offered movies such as Ghost Dad and The Willies in 1990. He was cast as Tony Ricker in the former while he played the role of Tough Dude in the latter. 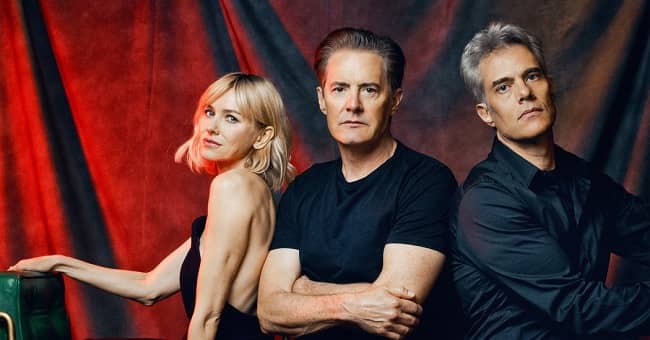 Caption: Dana with his co-actors from Twin Peaks(Source: The New York Times)

He ingeminated Bobby Briggs in the prequel film Twin Peaks: Fire Walk with Me and also portrayed Clyde Barrow in the television film, ‘Bonnie & Clyde: The True Story..’ Ashbrook starred alongside Jennifer Rubin and Quentin Tarantino in the short film ‘The Coriolis Effect. In the year 1995 science fiction television pilot W.E.I.R.D. World, he was cast as ‘Hipster’. Before guest-starring on the television series, The Outer Limits, he did the role of William Best in ‘Comfortably Numb’.

In the year 1997, he played the role of. Gary McDermott in Crisis Center. There was no break in his acting career. He was a guest star as Federal Police Marshal Stu Clemes in the TV series, ‘Welcome To Paradox’. In the same year, he portrayed the role of Seth in ‘Interstate 5′.

In the year 1997, he played the role of. Gary McDermott in Crisis Center. There was no break in his acting career. He guest stars as Federal Police Marshal Stu Clemes in the TV series, Welcome To Paradox. In the same year, he portrayed the role of Seth in Interstate 5. In 1999, Ashbrook adapted the role of Mikey in ‘Blink Of an Eye’.

He was doing two films, ‘Puzzled’ and ‘Angels Don’t Sleep Here’ along with the series, ‘Jack Hill’ and ‘Charmed’ in 2001. He was guest-starred in both of the series. From 2002-2003, he was seen as Rich Rinaldi in the recurring role in the TV series ‘Dawson’s Creek. Talking more about his acting career, he did a few short films like ‘Inner Balance’, ‘Darkmatter’, and ‘Lightweight’. His role as ‘Bobby Brings’ was again seen in the sequel ‘Twin Peaks: The Missing Pieces’. Before this, he has done a movie, ‘The Opposite Sex’ where he played the role of ‘Gary’.

Similarly, his recurring role om Twin Peaks never failed to astound the audience. He appeared as ‘Deputy Bobby Briggs’ in the TV series ‘Twin Peaks’. He was guest-starred as ‘Jeff Grooves’ in ‘Rosewood’. Likewise, he had done two other films in 2017 named ‘Getting Grace’ and ‘Restraint’. Ashbrook appeared on-screen as ‘Ron Christopher’ in the former while he played the role of ‘Jeff Burroughs’ in the latter.

Ashbrook was seen as Ben Pisa in the documentary, named ‘Framing John DeLorean’. In 2019, another on-screen in which he made his appearawaswere ‘Insatiable’ and ‘Ice Cream in the Cupboard’. As of now, the movie ‘Minor Premise’ has recently been released on the 26th of August amid lockdown in Canada.

His writing career has been overshadowed by his acting career. However, he has established himself as a writer via one of the episodes, ‘Ralph Macchi and Liz Phair’ of the TV series, “Head Case”. Unfortunately, his road movie script called “Driven To It” with friend Robert Bauer that David Lynch offered to executive produce (in name only) to help them, but Ashbrook and Bauer couldn’t get financing for it. Hopefully, we can see more writing about Ashbrook in the upcoming days. 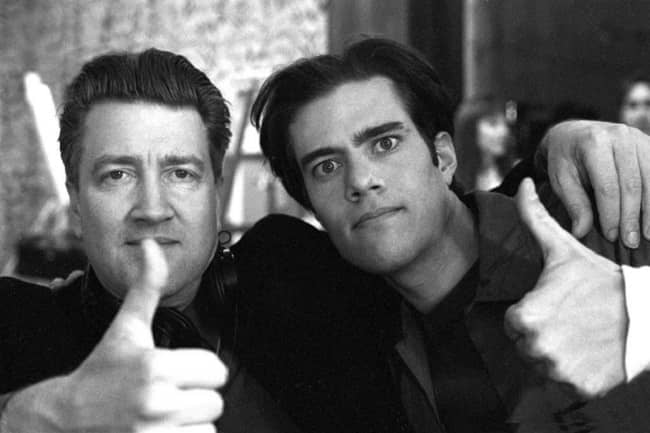 Writer and actor, Dana has earned a handsome amount of money. As per the other online sources, he earns $100k annually while his net worth is $2M as mentioned. No doubt he is living the best of his life.

Ashbrook’s sexual orientation is straight and his marital status is married. He exchanged vows with Kate Rogal on August 15, 2015, in a private ceremony in Pittsburgh, Pennsylvania.

Furthermore, Dana was romantically involved with Marisa Tomei. Marisa Tomei is an American actress famous for My Cousin Vinny (1992), Untamed Heart (1993), Only You (1994), and  The Wrestler (2008). Unfortunately, the duo parted ways within a year in 1999. As of now, he is having a happy conjugal life with Kate Rogal. 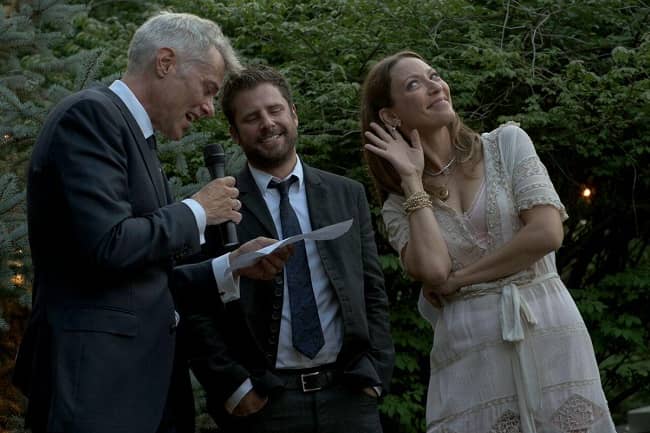 Dashing Ashbrook stands tall with a height of 6 feet and weighs 93 kg. His other body measurements are not recorded but he has an average build. Likewise, his eyes color is blue while his hair is of  Dark Brown color.