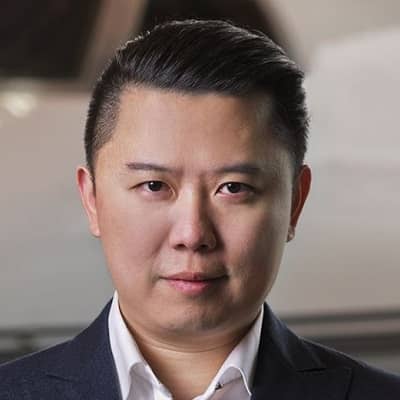 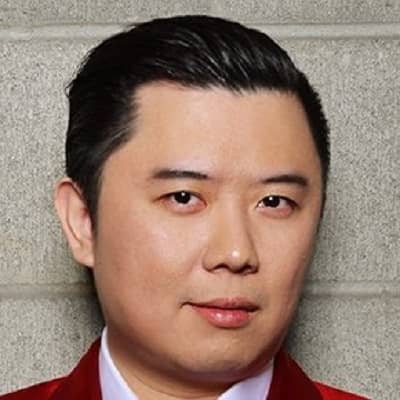 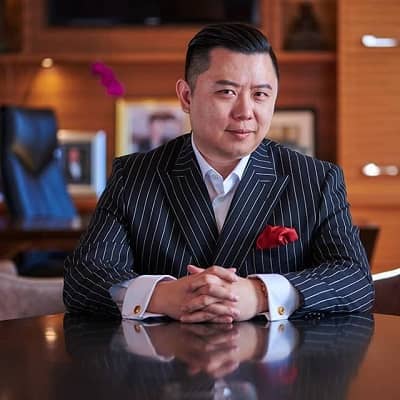 Dan Lok is a prominent Chinese-Canadian businessman, Youtuber, mentor, investor, and entrepreneur among other professional engagements. Dan Lok is also a self-made millionaire who also seeks to provide capital to minority founders and budding entrepreneurs.

Dan Lok was born on 24 November 1981 and his age is currently 40 years old. Dan hails from Hong Kong, China, and his zodiac sign is Sagittarius. At present, Dan Lok resides in Vancouver, Canada. Talking about his nationality, Dan has dual nationality of Chinese and Canadian. Similarly, Dan is a follower of Buddhism. Regarding his family, Dan has often talked about his parents. However, Dan has not mentioned their names. Moreover, Dan has also often mentioned that his mother is the reason behind his desire to succeed.

Further, talking about his educational journey, the name of the educational institution Dan Lok attended is not mentioned. But there is information that Dan attended high school in Vancouver, Canada, after immigrating there from Hong Kong with his mother. Moreover, Dan Lok was among the only 3 Chinese students in his high school.

Later on, Dan attended Douglas College for his further studies. However, Dan dropped out of the college located in New Westminister, Canada, to pursue his career in business. He names Bruce Lee as his inspiration and has also gained more confidence and build self-esteem after engaging in martial arts. 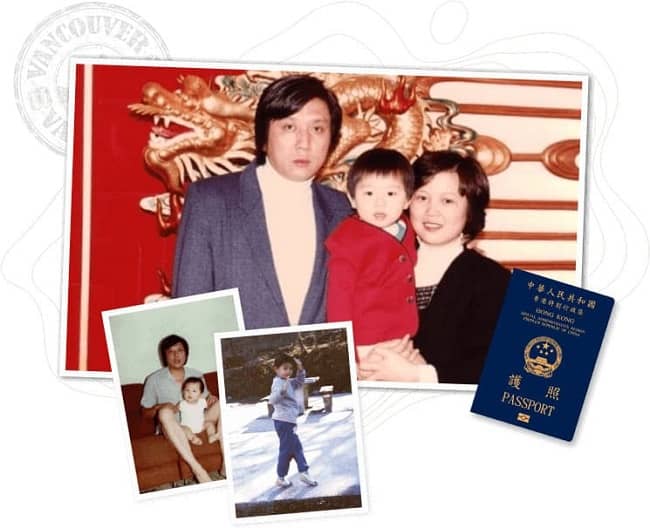 Professionally, Dan Lok is a businessman, author, Youtuber, mentor, entrepreneur, coach, and marketer among other professions he is engaged in. Further, Dan is also a self-made millionaire. Several well-known magazines and media have made coverages on Dan Lok. Some media that featured Dan Lok are Forbes, FOX Business News, CBC, MSNBC, Inc, Entrepreneur and Business Insider, etc.

Moreover, Dan is also one of the few mentors who owns a portfolio of highly successful business ventures. The mentor’s teachings and mentorship come from real-life experiences. It also comes from the great success Dan has attained. The businessman’s mission is to serve and help people attract high-value clients, monetize content, scale audiences, as well as generate significant revenue online.

Further, Dan Lok is also the founder of the Dan Lok Organization. This organization includes more than two dozen companies. It is also a venture capitalist that is currently evaluating acquisitions in markets including education, new media, and software among others.

Some of Dan Lok’s companies are Closers.com, Copywriters.com, High Ticket Closers, High-Income Copywriters, and a dozen other brands. Likewise, Dan Lok is also the chairman of DRAGON 100. It is the world’s most exclusive advisory board. As a chairman of this board, Dan Lok seeks to provide capital to minority founders and budding entrepreneurs. Furthermore, Dan Lok “trains as hard in the Dojo as he negotiates in the boardroom”. Due to this, Dan Lok has earned himself the name “The Asian Dragon”. 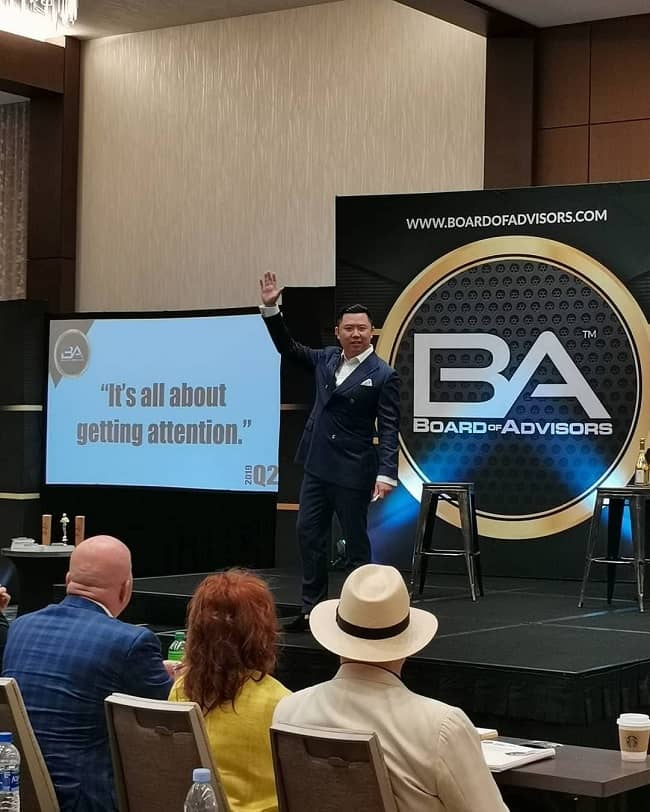 Caption: Dan Lok was captured in a photo during his mentoring session. Source: Instagram

Dan Lok is a married man and his wife’s name is Jennie Li. The lovers started their romantic relationship when Dan Lok was 26 years old. Dan often shares photos featuring his wife and mentions how his wife, Jennie, has brought balance and fun into the busy businessman’s life. Moreover, Dan also mentions that when he is so focused on work, Jennie encourages him to take breaks, relax, and recharge.⁣ There is no information regarding whether or not the millionaire couple has children or not. 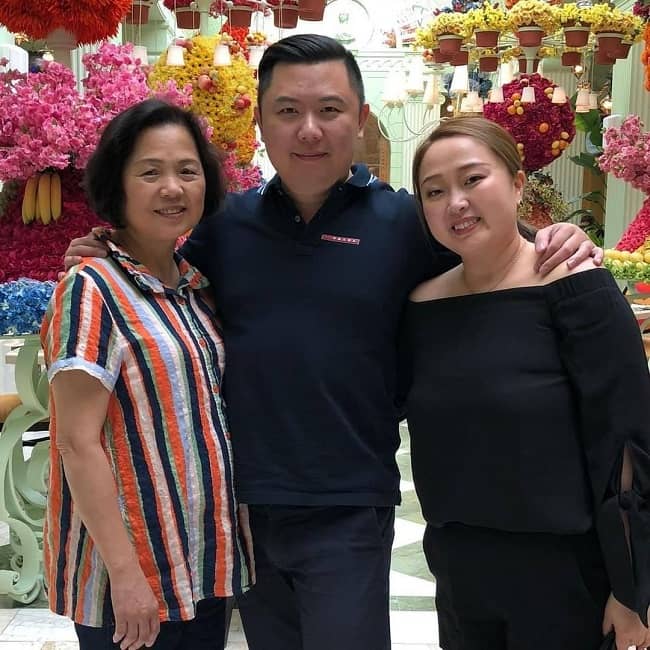 Caption: Dan Lok posing for a photo with his mother and wife. Source: Instagram.

Dan Lok stands tall at an approximate height of 170 cm or 5 feet 7 inches and his body weight is around 70 kgs or 154 pounds. Further, Dan has chest-waist-hip body measurements of 40-36-35 inches respectively. Dan’s biceps measure 12 inches and the businessman wears shoes size 7. Moreover, the Chinese-Canadian businessman has dark brown eyes and hair of the same color.

Talking about his social media presence, Dan Lok is available on Instagram under the username @danlok. While writing this biography in early 2021, Dan has shared exactly 3,516 posts and garnered over 1.9 million followers. Similarly, the businessman is also available on Facebook. Since he created his professional profile on this social media site on September 1, 2015, Dan has had 2 million people following his journey on this platform.

Further, Dan joined Twitter in September 2014 and so far has earned over 35K followers on his @danlok account. Talking about his Youtube channel “Dan Lok”, he created it on July 26, 2014. So far, this channel has earned over 215 million views and 3.51 million subscribers. Dan also has professional profiles on Pinterest and LinkedIn among other platforms. Moving on, the millionaire has a net worth of approximately $74.5 million.