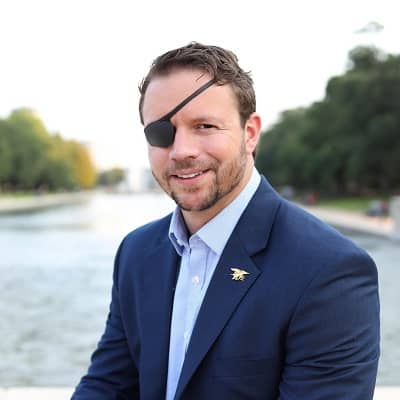 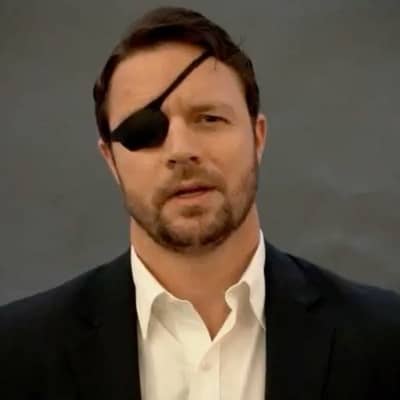 Dan Crenshaw whose birth name is Daniel Reed Crenshaw was born on March 14, 1984, and is currently 38 years old. Being born in mid-March, his zodiac sign is Pisces.

Likewise, he was born in Aberdeen, Scotland, United Kingdom but later moved to the United States of America and holds American citizenship.

About his family members, he was born to American parents in Scotland and spent his childhood in Katy, Texas, United States of America.

Likewise, about his family member, he is the son of Jim Crenshaw but he has not given the name of his mother in the media. Unfortunately, his mom died due to cancer when he was only ten years old. 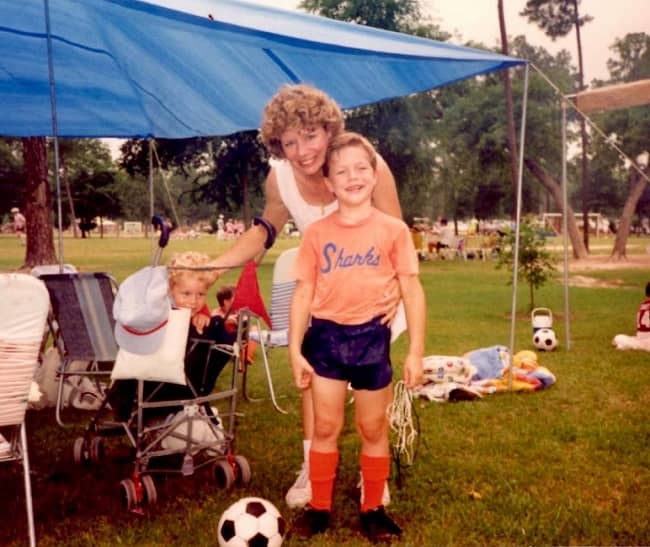 Caption: Childhood picture of Dan with his mother. Source: Instagram

Likewise, his father Jim Crenshaw was a petroleum engineer. He used to travel to many places due to work. Similarly, he spent some of his childhood in Ecuador and Columbia.

From here he got to improve his Spanish. Furthermore, talking about his educational background, he went to Colegio Nueva Granada in Bogata, Columbia.

Followed by this, he went back to the United States of America. There he went to Tufts University and graduated with Bachelors’s degree in International Relations with a minor in Physics.

Likewise, after doing his military service for a decade, he did a Master of Public Administration from Harvard University’s John F. Kennedy School of Government.

Talking about his net worth and earnings, he is a former Navy officer and a politician.

Likewise, he has made a great fortune throughout his career as a politician and a former navy officer. Similarly, he has a net worth of around $1 million.

Talking about his career, while doing his under graduation, Dan joined the Naval Reserve Officers Training Corps. Then he got an officer’s commission in the US Navy after graduation.

Likewise, he got the order to Basic Underwater Demolition/SEAL training at Naval Amphibious Base Coronado. After six months of training here, he graduated with the BUD/S class 264.

Followed by this, he did his serving in the Navy SEALs for ten years and five tours of duty reaching the rank of lieutenant commander.

Likewise, after the completion, his first deployment was in Fallujah, Iraq where he joined SEAL Team Three. He was under the Naval Amphibious Base Coronado in Coronado, California.

During the Navy, he received two Bronze Star Medals one with a V device, the purple heart, and the Navy and Marine Corps Commendation Medal with valor. 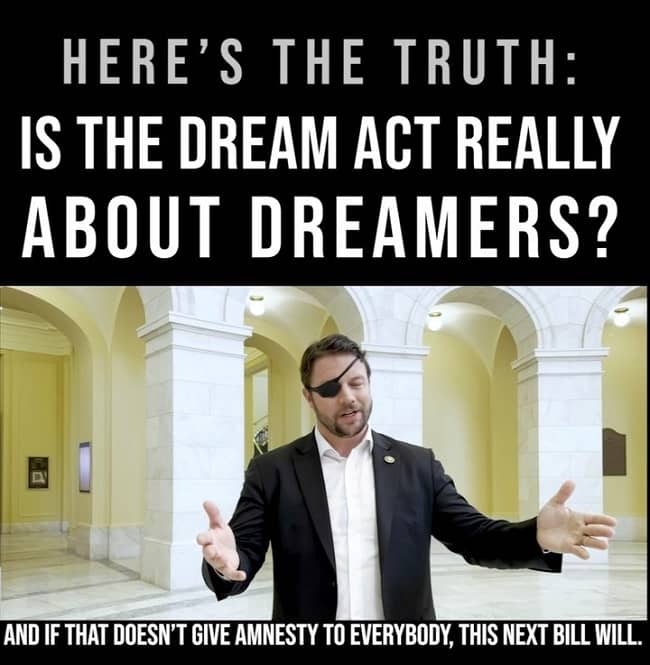 Caption: Dan in one of his IGTV videos. Source: Instagram

This blast destroyed both of his eyes but due to surgery, it saved the vision in his left eye.

Followed by this, for four years after the injury, he remained in the Navy serving his fourth and fifth tours of duty in South Korea and Bahrain.

Likewise, in the year 2021, the retina in his left eye began to detach needing emergency surgery in April.

Besides his Navy career, he ran for the United States House of Representatives in Texas’s 2nd Congressional district including northern and western Houston, Kingwood, Humble, Atascocita, Spring, and the Rice University area to succeed in the retiring Ted Poe. Likewise, he has been a Republican.

In 2020, he defeated Democratic nominee Sima Ladjevardian with 55.6% being reelected. Similarly, during his political position, he has opposed many issues including abortion, and gun rights.

Similarly, he said that the democrats and media were exaggerating the COVID-19 pandemic threat.

Moreover, he has been a high-profile defender of Trump and his response to the pandemic by not wearing a face mask.

Regarding his relationship status, Dan is straight and in a marital relationship. He tied the knot with Tara Blake on 1st April 2013.

Moreover, he considers his life partner as his unrelenting support and believes her love and care have helped him sustain despite his injury.

Similarly, she is always there to accompany him to DC and supports him in his political career. Moreover, their seven years of marriage have been very successful together.

This former Navy officer has a fit body physique. Likewise, he stands 5 feet 8 inches (68 inches) tall and weighs around 68 kg.

Similarly, he has a lean body type with a body measurement of 40-36-37 inches. Similarly, looking at his physical appearance, he has fair skin with dark brown pair of eyes and brown hair color.