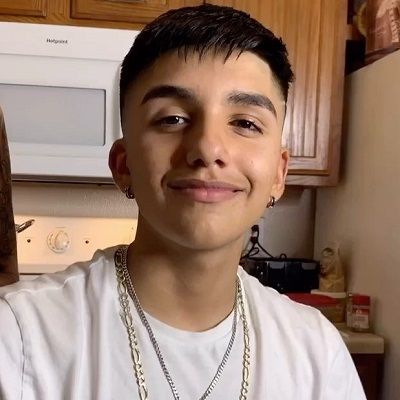 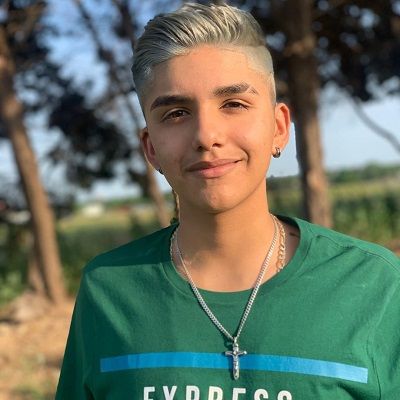 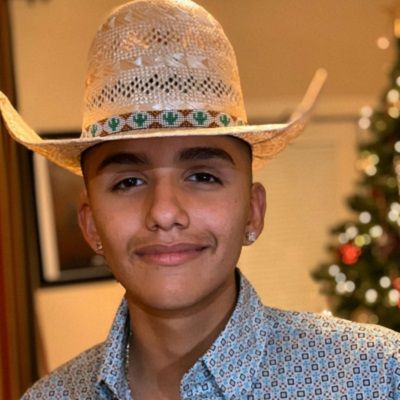 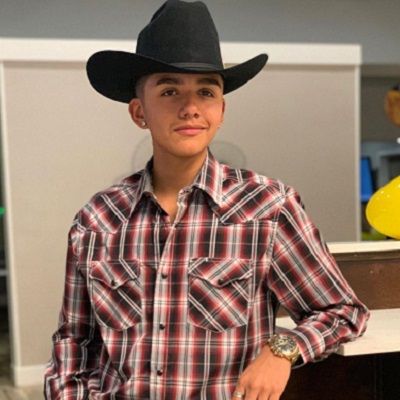 He is the only child of his parents. He is of Mexican descent and bilingual, being equally proficient in both English and Spanish.

In 2019, he attended his high-school prom. Having grown up in one of the centers of cowboy/vaquero culture, his music, as well as his identity has been shaped by it.

More often than not, he posts pictures with a cowboy hat. He is also a prodigious dancer and often uploads videos of himself dancing at clubs, parties, and various other events. 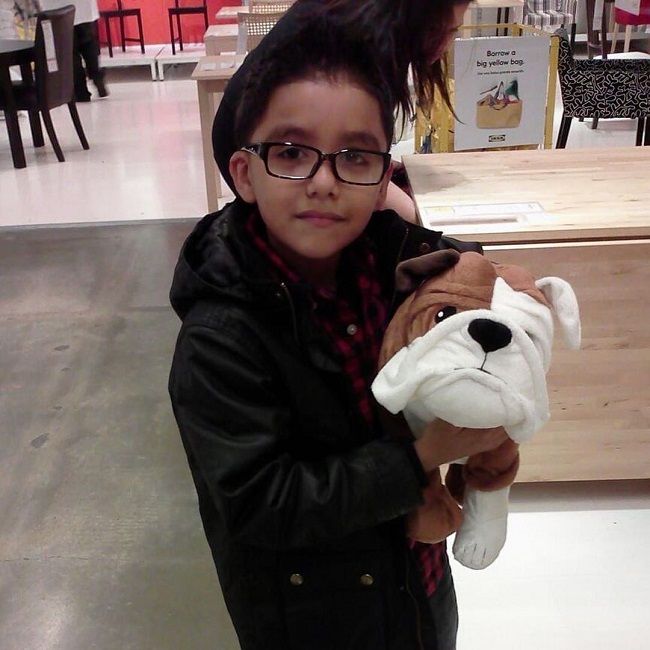 He is active on different social media accounts. Damian is popular on Instagram under the username ‘@elfamousdamian’ with more than 417K followers.

Similarly, he is also active on Twitter with more than 5K followers. And his Facebook page has gained over 492K followers.

His ‘El Famous has garnered over 146K subscribers. And he is also available on Snapchat under the username ‘Damiang214’.

The oldest picture on his Instagram was posted on June 8, 2017. It is a selfie of Damian with the Snapchat dog filter. In his next upload, he is wearing a grey and blue T-shirt.

He put out his first video on 13 June. And the accompanying caption states, “Cadets be like #primitivecadets #cadets #Xvs”. On July 20, 2017, he shared a picture with popular rapper A-Boogie Wit Da Hoodie.

On April 20, 2018, he shared a picture of his childhood on his Instagram. He uploaded a picture with singer Ulices Chaidez on October 23, 2018. On 17 December, he announced on Instagram that he was working on his first single.

A video posted on February 19, 2019, shows him participating in a music session for the single. Moreover, he posted a picture that he took with Gerardo Ortiz on his Instagram account.

He set up his YouTube account ‘El Famous Damian’ on October 5, 2018, and published the first video on October 8, 2018. Titled ‘Quinceañera surprise dance | Los MBS’, the video has since become quite popular.

He is not as active on YouTube as he is on Instagram. On Twitter, he posts updates on a regular basis. On April 25, 2019, the music video for his debut single, ‘Me Haces Falta’, was released by Rancho Humilde. 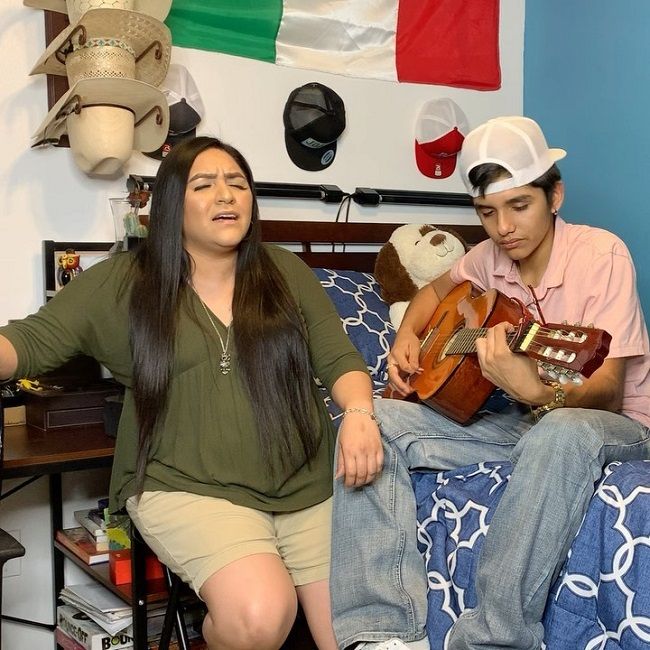 In early to mid-2018, his relationship with YouTube star and beauty vlogger Ariadna Juarez drew a massive amount of criticism towards the latter as he was a juvenile.

Back in May, Ariadna disclosed her plans to marry him in just two years’ time – which would have made him a 15-year-old groom. She decided to address the criticism and posted a YouTube video, in which she appears alongside his mother and attempts to justify herself and the relationship.

In order to convince her viewers that she did not do anything wrong, she states that “maturity is not determined by age”. The video itself drew a fresh wave of criticism, not just towards her but his mother as well for willingly allowing an adult woman to date her underage son.

The age of consent in Texas is 17, and he was 13 years old at the time. According to Ariadna, both families had gotten together with a lawyer about the legality of the situation. This lawyer apparently told them that they could date as long as there was no “sexual contact”.

In his show, Philip DeFranco discussed the issue, dubbing it “disgusting”. Other YouTubers like Mista GG and Regan Wolf also heavily criticized it. When mainstream news outlets, like ‘The Sun,’ found out about it, they published articles condemning both Ariadna and his mother.

‘The Sun’ reported that he and Ariadna had parted ways by August because “the negativity got out of hand”. However, this is not accurate. They had been dating as late as January 2019. However, they have since apparently split up. Ariadna recently posted several photographs with her new boyfriend on her Instagram page.

He has dated YouTube star and beauty vlogger, Adriana Juarez. However, they have already broken up. They were up to some controversies before. However, as of now, he seems to have a girlfriend but he has not revealed her name publically.

He has shared many Instagram stories featuring her but didn’t mention her name. However, Damian is currently focusing on his career and developing skills. Soon, he might get involved in his love life.

Damian is a good-looking boy with an amazing personality. He has not shared any of his body measurements with the public yet. Moreover, he stands at a height of  5 feet 4 inches tall.

Although he has not mentioned his weight, he has an average weight that matches his body structure. He has dark brown eyes and black hair. But, as of now, he has colored his hair gray. Moreover, he often wears a hat and glasses. 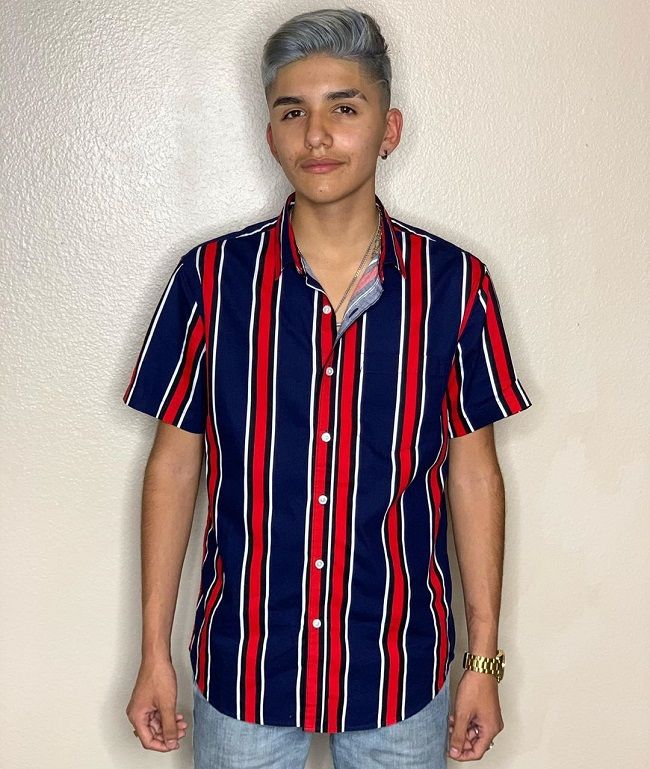 Now, talking about his earnings and net worth, he might earn a good amount of money through his profession. He earns an estimated $163 – $2.6K monthly from his youtube channel. However, his estimated net worth is around $250K-$2 million.