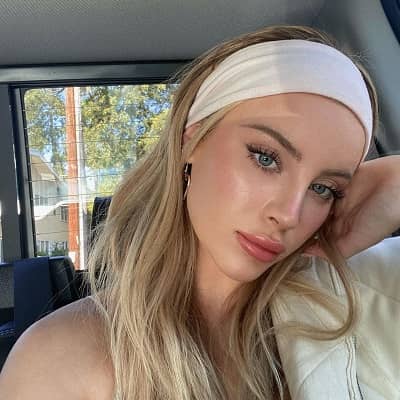 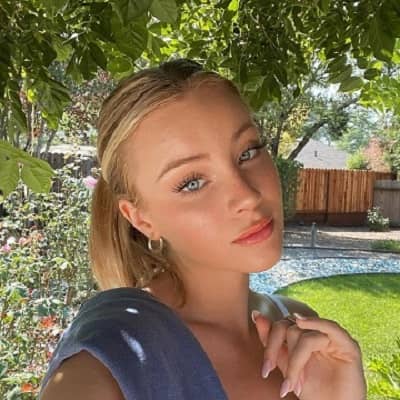 Daisy Keech is a model, Instagram star, TikTok star, and social media Influencer who hails from Los Angeles, California, USA. Daisy Keech is popular for the images that she posts on her Instagram accounts.

Daisy Keech was born on 12th August 1999, in Los Angeles, California, USA. As of now, Daisy Keech must be twenty-one years old and her sun sign is Leo. Similarly, Daisy Keech is an American citizen and is of Caucasian ethnicity. Kech also follows the Christian religion. The name of her mother is Shawna. In addition to that, Daisy Keech also has a younger brother whose name is Robbie. Regarding Daisy’s educational background, she must have completed her schooling for which she was homeschooled. After that, Daisy Keech went to a college however, she dropped out of the college. 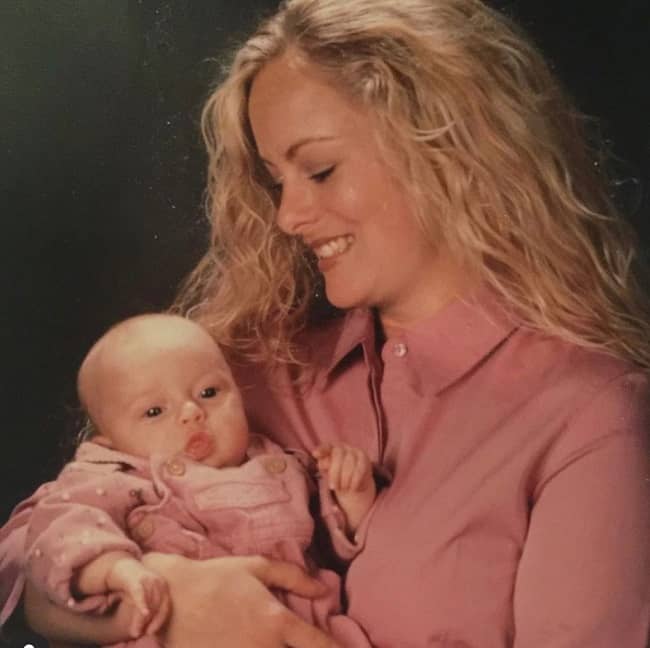 Caption: Daisy Keech with her mother when she was young (Source: Instagram)

Daisy Keech first entered the entertainment industry when she was very young. Daisy Keech calls herself the 1st certified real booty. She has even begun her certified booty programs as well. The model looks very similar to the celebrity Lili Reinhart, who is popular for her character in the television show “Riverdale”. This is the reason that Daisy Keech has always been commenting on her resemblance. In addition to that, Daisy Keech has an Instagram account which is all related to her butt.

Daisy Keech describes her butt as the first real Instagram booty. Being an Instagram star and fitness influencer, She had already gained thousands of followers in a very short time. She gained some popularity for the first time with the help of her outstanding Instagram account. The model made her Instagram account in the year 2018. The star is also a TikTok star and has thousands of followers there she is as famous as she is on other social media platforms. She is also popular for her short videos on the famous app, TikTok.

She uploads numerous different videos which also include lip-sync videos, comedy videos, and also fitness videos. Likewise, She has her own YouTube channel where she uploads her most popular and inspirational content which are a variety of fitness videos, vlogs, tutorials, beauty videos, etc. Moreover, She is also the co-founder of the Hype House which is a TikTok collective and physical house. In the house, some of the famous and top TikTok personalities collaborate on content. Keech co-founded the house together with the fellow stars Chase Hudson and Thomas Petrou.

Daisy’s name is also listed on the official charter for the Los Angeles home. However, the star went out of the house in the year 2020 because of some disputes with Thomas Petrou. She recorded a lawsuit in opposition to Chase Hudson and Thomas Petrou, according to a report in Forbes. As of now, Daisy Keech is serving to form a new house and she is also asking and inviting some of the members from the Hype House to get together with her. Supposedly Patrick Huston, Wyatt Xavier, Calvin Golby, and Connor Yates, might join Daisy in her new house in the future.

The star’s lawyer told Insider that “Daisy is establishing a new house, and it’s unclear, you know, based on ongoing trademark disputes, whether the new house will have a Hype House name or another name”. She has not come up with her merchandise, however, we can buy one of her workout programs which is the Keech Peach workout program. It will promote us to build our glutes and enlarge our butt. Furthermore, She has numerous home workout plans which are present on her website for buying in the form of e-books. Moreover, She even sells a few of her top recipes and grocery lists. 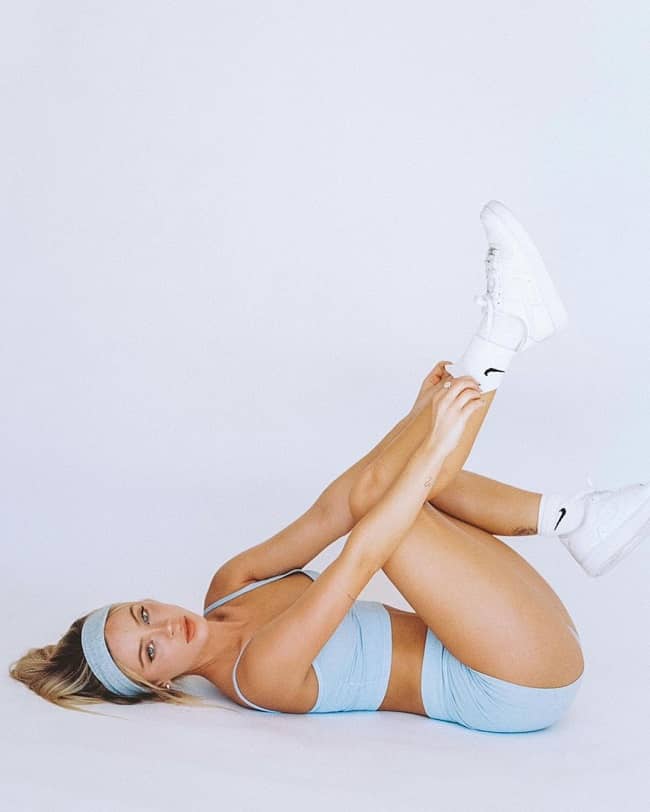 Daisy Keech has a net worth of around $1 million which she has been earning as a YouTuber, model, and Instagram star. Previously, She had a net worth of around $300 thousand and a salary of between $50 thousand to $60 thousand some years ago. As of now, She Keech is living a peaceful and luxurious life in Los Angeles. She Keech is still on the way to gaining more fame and wealth so it is for sure that Keech’s net worth will subsequently increase in the upcoming days.

Coming to Daisy Keech’s relationship status, she was previously in a relationship with Michael Yerger. However, She revealed in one of her recent YouTube videos that since she was a teenager she has been single all this time. It was all because she is a very picky girl. This is the main reason for Daisy Keech’s singlehood. But there are some images of the former couple getting together. They must have got back again. Besides this, She gives more priority to her career rather than being in any romantic relationship as of now.

Daisy Keech gains the positivity and love which she gets from her fans and admirers. Talking about Daisy’s previous relationships, She has never revealed about them to this day. Apart from this, the model has not been involved in any kind of controversial matters and also the rumors. She has been maintaining a clean and respective image in front of everyone. In fact, besides her fitness routine and YouTube career, Keech does not have any interest in getting popular by getting involved in any type of rumors and controversy. 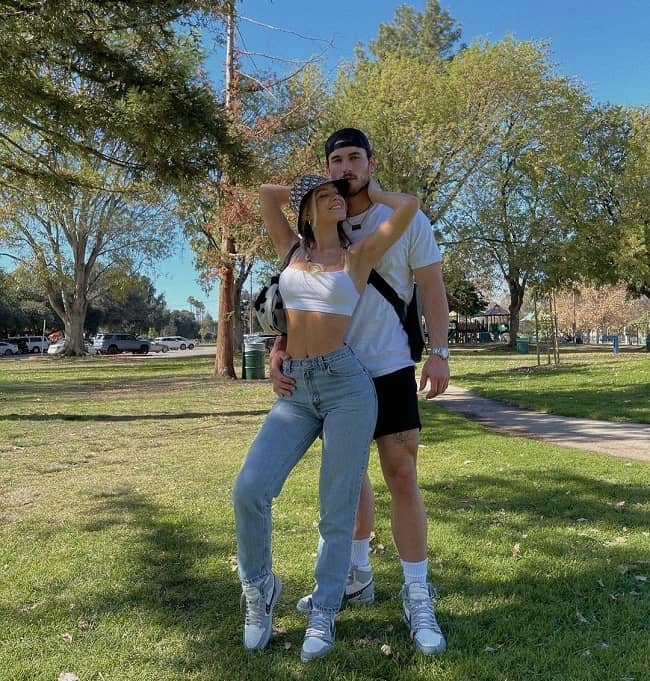 Regarding the body measurement, she has an average height of 5 feet 6 inches or else 168 cm or else 1.68 cm. She also has a slim body type with a body weight of around 55 kg or else 121 lbs. Similarly, Daisy’s bra size is 33 B and she wears a shoe size of 9.5 (UK). The body measurements are 34-25-34 inches. Moreover, Keech has long blonde hair with beautiful blue eyes. The model is a fitness freak who is very concerned about her body shape and her health. Therefore, She is an amazing and healthy girl who has been inspiring every single girl to work out and live a healthy life.

Talking about the social media personality’s presence on the social media platforms, she is quite active there. Keech has an Instagram account and a Twitter account. On Instagram, she has 5.6 million and on Twitter, she has gained 88.8 thousand followers. The model even has her YouTuber which she gave her name as the channel’s name. Moreover, Keech has managed to gain 1.46 million followers as of April 2021. The model uploads content related to the workouts, vlogs, and other beauty videos.

The social media personality also loves reading, traveling, shopping, and going to the gym in her spare time. She also loves watching movies and her favorite celebrities are Tom Cruise and Jessica Alba. Similarly, She loves brown and red colors. Keech loves eating cake, pasta, and also noodles. The model is also a pet lover and has some pet animals in her house. Apart from this, She is a very picky person but is very talented and generous.