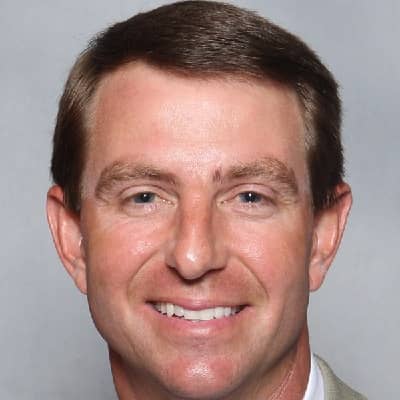 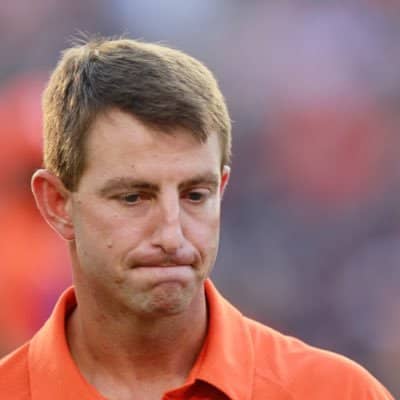 Dabo Swinney is a well-known American football coach. Dabo Swinney is the current head coach at Clemson University. He also used to play as a wide receiver.

Dabo Swinney was born William Christopher Swinney on 20th November 1969. His birth took place in Birmingham, Alabama, United States. With this, he is American by nationality and is currently 52 years old. Likewise, he is a Christian. Also, his birth sign is Scorpio.

Moving on toward his family members, he was born to his father Ervil Swinney, and his mother Carol. He also has an older brother named Tripp who used to call him by the name “The Boy” which later sounded like “Da Bo”. This is how his nickname “Dabo” was created. In terms of his educational status, he did his graduation from the University of Alabama. Here, he was a football player. Dabo completed his graduation in 1993 with a degree in commerce and business administration. Later, he also mastered the same subject in 1995. 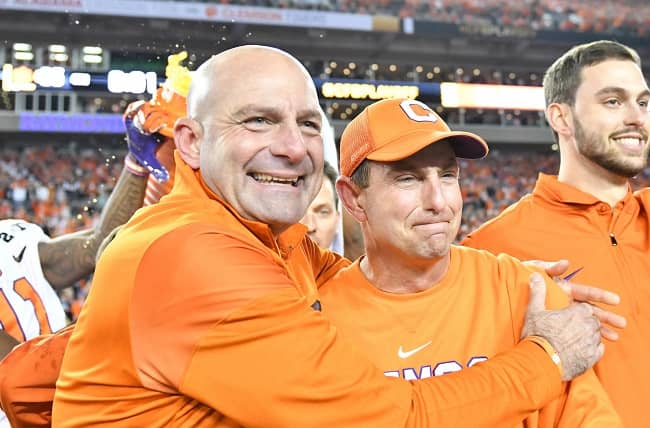 Dabo Swinney was named temporary head coach at Clemson after Tommy Bowden quit only six games into the 2008 season. Swinney was picked for the position of head coach over other candidates such as Vic Koenning, Clemson’s defensive coordinator, and Brad Scott (South Carolina’s previous head coach) due to his exceptional recruiting skills. He sacked offensive coordinator Rob Spence and instituted a new ritual known as the ‘Tiger Go,’ in which coaches and players walk through the parking lot outside Memorial Stadium a few hours before heading inside for final game preparations. Dabo Swinney was awarded the vote of confidence by athletic director Terry Don Phillips and was assigned the formal role of head coach after a string of outstanding outcomes.

The club won three top-tier games this season, defeating Miami, Florida State (by 16 points), and Kentucky (21–13). Dabo Swinney benefited greatly from the vote of confidence, as coach led Clemson to a record 10–3 season in 2011, earning an ACC Championship for the first time since 1991. He also led Clemson to its third consecutive 10-win season in 2013, including a 38–35 victory against Georgia. Swinney also set a Clemson football record with 32 victories in three years, the most by any coach in school history.

Swinney led Clemson to its fourth consecutive 10-win season in 2014, making the Tigers one of only four school teams to accomplish the accomplishment in the last four seasons. The Tigers had a fantastic season, culminating in a 35–17 victory over South Carolina at Death Valley. Swinney proceeded to break records in 2015, finishing the season with a 14-1 record, an ACC championship, and a trip to the national championship game, where his team was defeated by Alabama. 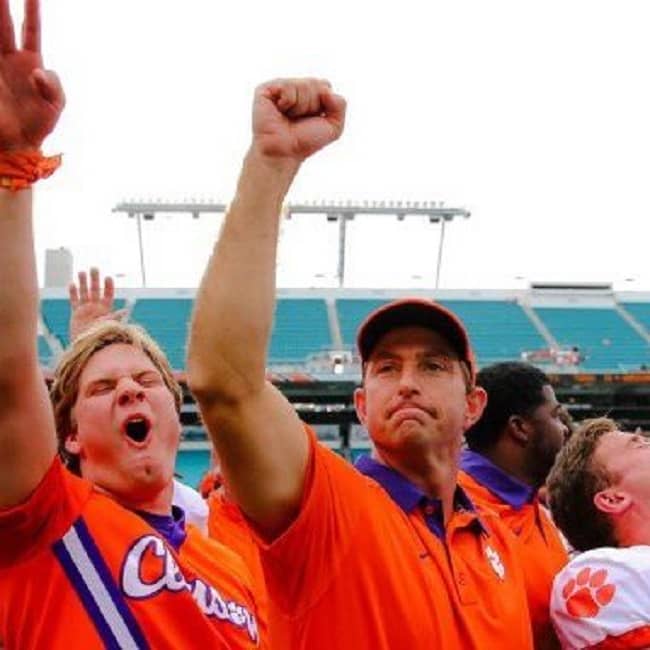 With a long playing and coaching career, he has made a huge amount of wealth. As for the online sites, he has an estimated net worth of $30 million US dollars.

Regarding his personal life, he is in a married relationship with her wife, Kathleen Bassett. The couple married each other in the year 1994. He has three sons with her named Will, Drew, and Clay. The five-member family is living a happy life together.

Enhancing his body measurements, he is 5 feet 11 inches or 1.8 meters tall and weighs around 100 kg or 220 pounds. In addition, he has light brown hair with a pair of blue eyes. Other than this, his other vital statistics including chest size, waist size, hip size, etc are currently unavailable.