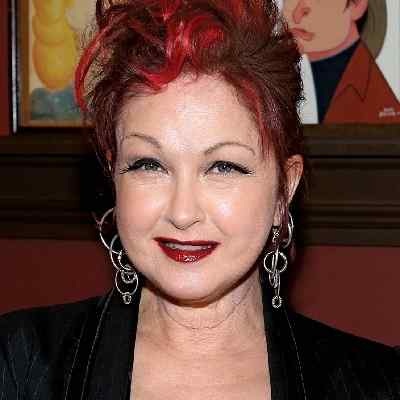 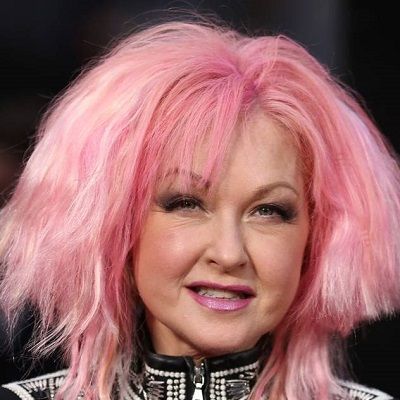 Cyndi Lauper is an American singer, songwriter, actress as well as activist. Cyndi Lauper rose to prominence in the 1980s with a series of pop hits such as “Girls Just Want to Have Fun.”

Cyndi Lauper is 69 years old.  She was born on June 22, 1953, in Brooklyn to a Catholic family. Her father’s name is Fred she was of German and Swiss descent. Her mother’s name is Catrine she is Italian American. Likewise, she has two siblings, a younger brother Fred and an older sister, Ellen. When she was just five years old, her parents divorced. Her mother remarried but parted again.

Similarly, she grew up along with her siblings in the Ozone Park neighborhood of Queens. As a child, she used to listen to music from artists like The Beatles and Judy Garland. At age 12, she started writing songs and playing an acoustic guitar presented to her by her sister.

Likewise, she also took a colleague’s recommendation to spell her name as “Cyndi” rather than “Cindy”.Her unique sense of style always headed to classmates bullying her, with some evil children throwing stones at her.

Moving toward Lauper’s educational background, she went to Richmond Hill High School but was suspended. Although she later obtained her GED. Likewise, she moved out of home at 17, to avoid her abusive stepfather, planning to study art. Then she went to Canada, where she spent two weeks in the forests with her dog Sparkle, seeking to find herself. Eventually, she went to Vermont, where she took art classes at Johnson State College and established herself working odd jobs.

Talking about Cyndi Lauper’s early professional life, in 1970 she performed with several bands. In 1974, her voice started to fail when she hit the high notes for the first time. while performing Kiki Dee’s ‘I Got the Music in Me’ at a venue in Queens.  In 1977, her vocal cords got harshly destroyed and the doctors also told her she would never sing again. However, she got back her voice after working with voice coach Katie Agresta.

Ultimately she founded the band ‘Blue Angel’ along with saxophone player John Turi. Besides them, the other members of ‘Blue Angel’ were Lee Brovitz (bass guitar), Arthur “Rockin’ A” Neilson (guitar),  and Johnny Morelli (drums). They issued their first debut album, the self-titled ‘Blue Angel’ in 1980. As the album sold poorly on the charts and the group subsequently split.

She, more than anyone, represents the resistance, the oddity, the denial, and even the naivety frequently linked with punk music. She exists in perfect dichotomy with her childish voice, which makes her an ideal deputy of her age period, just like Madonna. Her singles were released in Japan from 1983 to 1995 in chronological order including in “Japanese Singles Collection – Greatest Hits.” This album was released on September 6, 2019, nine days after its original Japanese release.

On January 26, 2020, she chanted a melody from the song from the 1980s movie Fame at the 62nd annual Grammy Awards Show. In 2012, she composed the music and the lyrics for Harvey Fierstein’s Broadway musical ‘Kinky Boots.’ 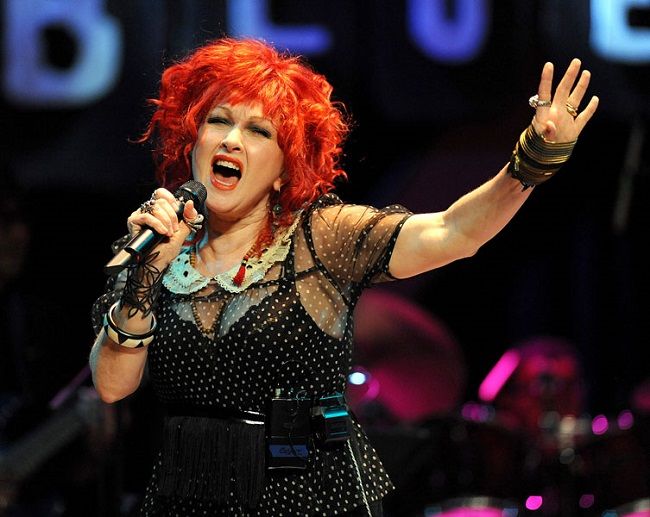 Besides her singing career, she has also appeared in multiple films and television shows throughout her career. She portrayed herself or imitated a character. Similarly, she appeared in several World Wrestling Federation’s ‘Rock ‘n’ Wrestling Connection’ events and also appeared at WrestleMania I (1985).

Likewise, she played the role of Marianne Lugasso in NBC’s sitcom ‘Mad About You’ (1992-99). She co-starred with Christopher Walken in the crime-drama film ‘The Opportunists’ (2000), and even played in season 3 of ‘The Celebrity Apprentice’ (2009), coming sixth.

Her album ‘She’s So Unusual’ is placed among Rolling Stone’s 500 Greatest Albums of All Time. Vh1 embraced the album’s single ‘Time After Time’ in their list of the 100 Best Songs of the Past 25 years. Lauper herself topped at #58 on the list of the 100 Greatest Women of Rock & Roll. Likewise, she collaborated with journalist and author Jancee Dunn for her autobiographical non-fiction, ‘Cyndi Lauper: A Memoir’. The book was published in September 2012 by Atria Books and also became a New York Times Best Seller.

Throughout Cyndi Lauper’s career as a singer, she has achieved several awards. At the 1984 Billboard Awards, she was awarded the Best New Artist award and the Best Female Performance for the song ‘Time After Time. She gained the Grammy Award for Best New Artist in 1985. Similarly, she acquired her second Grammy for Best Musical Theatre Album in 2014 for ‘Kinky Boots.

Moreover, she has received an award for the track ‘We Are the World’ by People’s Choice Award for Favourite New Song in 1986. In 1995, she won the Emmy Award for Outstanding Guest Actress In A Comedy Series for ‘Mad About You’. She also won the Best Original Score accolade at the 2013 Tony Awards for her work in ‘Kinky Boots. 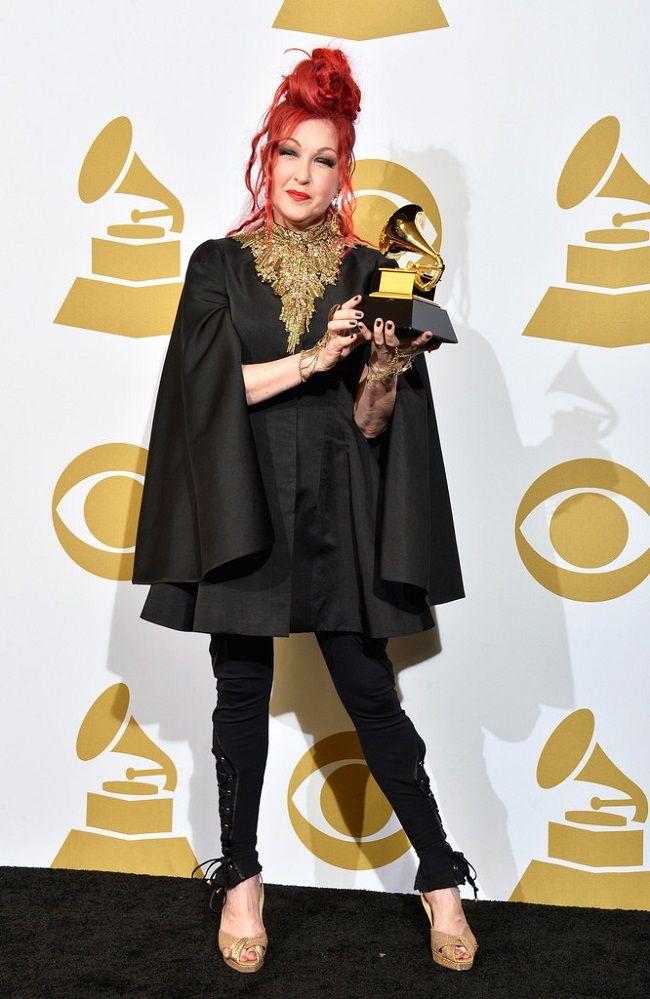 As a passionate supporter of LGBT rights throughout her career, Cyndi Lauper campaigned for equality through several foundations and gay pride events around the world.

She cited that she became engaged in gay rights advocacy as her sister Ellen is a lesbian. She stated to her sister as a role model. Her song, ‘True Colors’, is widely popular as an LGBT anthem. While another song, ‘Above the Clouds’ was composed of the honor of Matthew Shepard, who was killed because of his sexual orientation. As a member of the Matthew Shepard Foundation Board, she dedicated a concert tour in 2005 supporting the Foundation’s message.

She also co-established the True Colors tour for Human Rights in the United States and Canada in June 2007. In April 2010, her True Colors United started the Give a Damn campaign, to help get straight people more involved in LGBT rights.

In August 2008, she presented the article “Hope” to The Huffington Post, promoting Americans to vote for Barack Obama in the upcoming presidential election. She also performed at the 2008 Democratic National Convention.

In 2012, she began True Colors United after seeing that while 10% of American youth classify themselves as LGBT, and up to 40% of American homeless youths do so. Then the organization started working to end youth homelessness, centering on the struggles of LGBT youth. She even began the True Colors Residence for LGBT homeless youths in New York City. The organization sheltered a 30-bed facility for temporary shelter and job placement help.

Speaking of Cyndi Lauper’s earnings, she is a famous personality who has earned a decent sum of money through her work. Her еѕtіmаtеd nеt wоrth is around $35 mіllіоn. Ѕimilarly, shе mаdе hеr good fоrtunе through thе ѕоngѕ аnd аlbumѕ she has bееn rеlеаѕіng, ѕеllіng аnd реrfоrmіng оn tоurѕ. In addition, she has also worked on ТV, films аnd ѕеrіеѕ.

Reflecting on relationship status, Cyndi Lauper is a married woman. She married a co-actor David Thornton on November 24, 1991. Likewise, the duo met each other on the set of the film ‘Off and Running’ (1991) and she fell in love with him.  They are also blessed with a son, Declyn Wallace Thornton, who was born on November 19, 1997. However, she had dated Dave Wolff, her previous manager, for six and a half years previously. 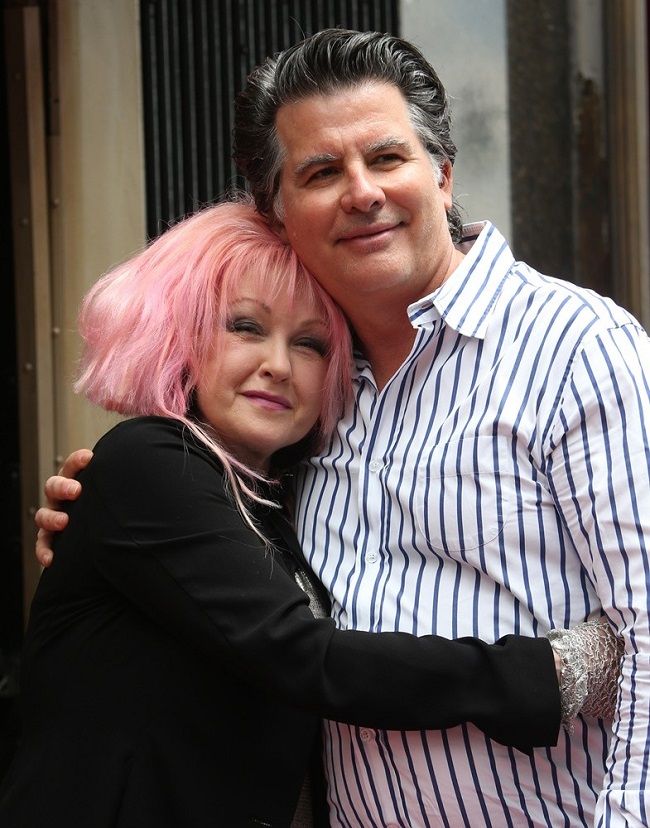 Caption: Cyndi Lauper was captured along with her husband (Source: Daily Mail)

The 66-year-old Cyndi Lauper has represented herself with a fusion of hair colors and eccentric clothing. She stands a height of 5 feet 3 inches (1.6 m) tall and weighs around 49 kg. Currently, she has pink dye hair color and a pair of blue eyes.

In addition, she runs a Youtube channel where she posts her music video and has amassed over 1.87 million subscribers.