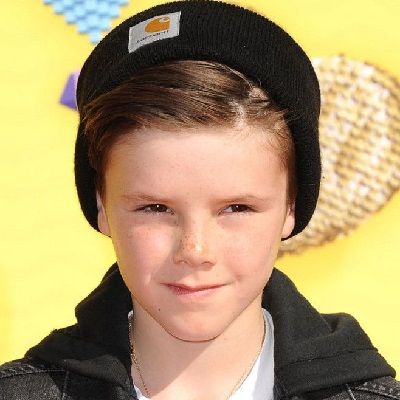 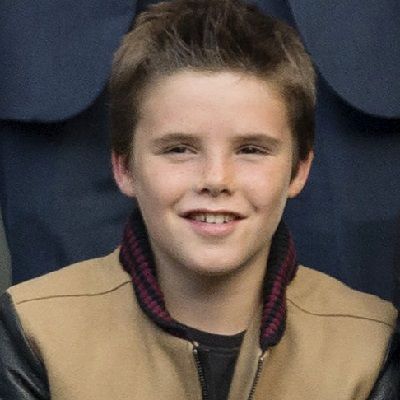 Cruz Beckham is an English Instagram star.  Cruz Beckham is the youngest son of David Beckham who is the former professional football player and Victoria Beckham.

Cruz Beckham is 16 years old as of 2021. He was born on February 20, 2005, in Madrid, Spain under zodiac sign Pisces. Later he moved to Los Angeles, California along with his family. His father’s name is David Beckham and mother’s name is Victoria Beckham. Her mother is a singer and currently also known as a fashion designer. Likewise, his father is the top-class footballer. He grew up with his three siblings. He has two elder brothers named Brooklyn and Romeo along with his younger sister Harper. 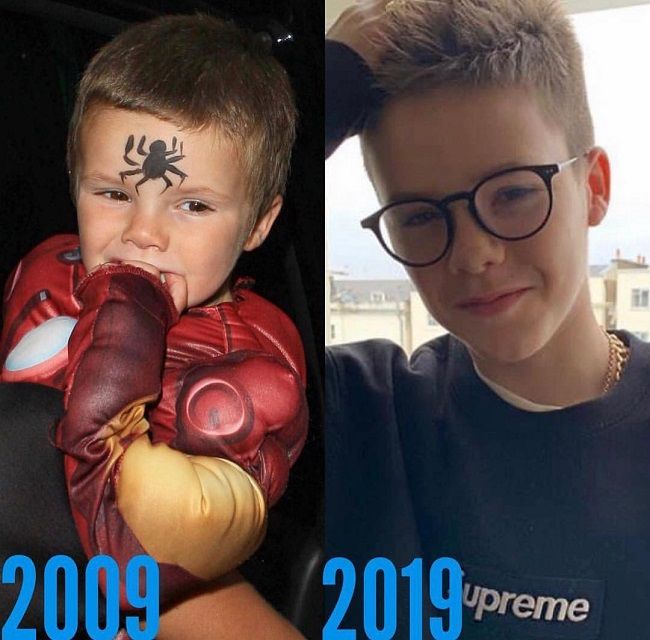 Likewise, he holds to English nationality but ethnicity is still unknown. He grew up in a very good environment along with his siblings. Similarly, his parents named him Cruz which means “cross” in Spanish.

Moving toward his educational background, he might be currently studying in middle school but has not mentioned his school’s name. Likewise, he might have got good education facilities. He used to dress up like an astronaut, or Wolverine, or a Transformer when he was a young kid which shows his interest in movies and its characters.

Growing up in a celebrity family, he is a cheeky kid of the Beckham family. His mother revealed his different facts during his childhood days. Once they all were learning a sign language to communicate with a deaf friend, Cruz as a 5-years-old kid he wants to learn how to say “I have gas.” It’s quite funny as well.

Likewise, he also never mind being a model for his brother Brooklyn who is an aspiring photographer. We can see posts regarding him on his brother’s social media handles. Similarly, Cruz likes singing and his parents keep on posting his singing video which catches the eye of Justin Beiber’s manager and wanted to be Cruz’s manager.

Like his father, he along with his brothers are very athletic and enjoys playing football. They have also been trained with Arsenal’s youth teams at a younger age. However, his brother left for following his own passion, he is still interested in the game and plays for Arsenal Academy. He is daring and adventurous when it comes to games. He also loves ice skating and often performs fearless stunts on a scooter. Likewise, he usually plays tennis or baseball matches along with his father.

Talking about Cruz Beckham’s professional life, he started gaining fame as the son of former professional football player David Beckham. However, his social media handles caught the eye of many fans through his interesting clip and photos. Similarly, his parents also keep on sharing his activities on social media handles. One of his videos shared by his mom where he was flying at ease from one ramp to another at a local skate park.

In addition, he is also famous for singing as well as his dancing. In August 2016, his father posted a clip of him showing several dance moves on Instagram. Apparently, he has also performed a breakdance at the Spice Girls’ reunion concert. Besides that, his singing videos were caught by several renowned celebrities as well. Likewise, people started liking his singing skills and was also praised as “The next Justin Bieber”. 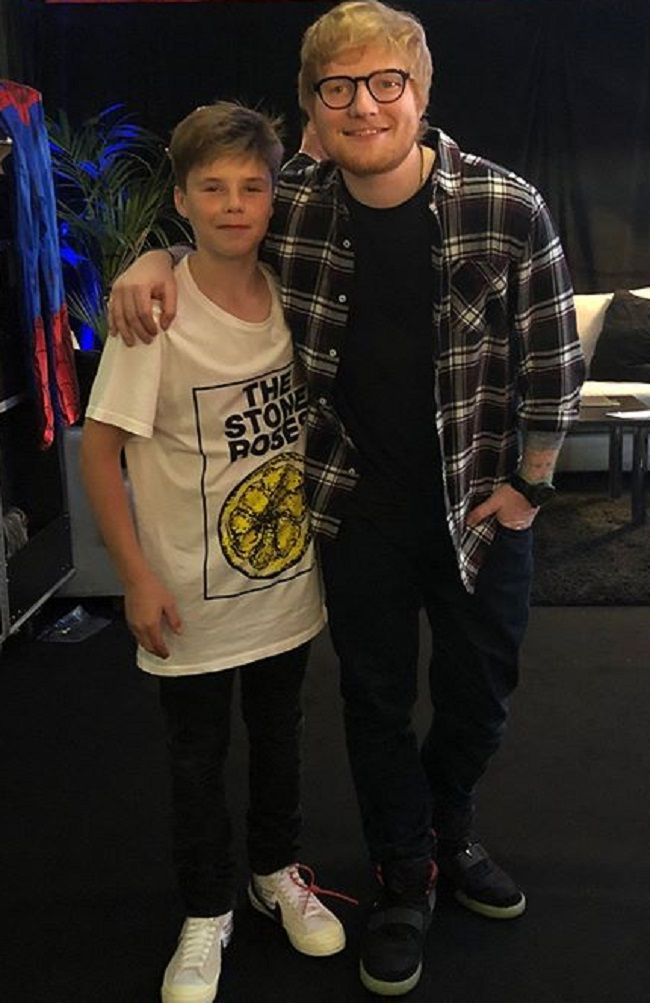 Further, he might be seen involved in various big projects growing up with his singing, dancing as well as his passion for sports. Similarly, Cruz donated all his earnings from his first single If Every Day was Christmas to a youth charity “Make Some Noise” in the UK. Also, when he launched his first single, journalist Piers Morgan criticized his parents for pushing their child too early into the business.

Speaking up on Cruz Beckham’s earnings, he is a rising star as well as a celebrity kid who has earned quite a considerable amount of money on his own. However, he is living a lavish lifestyle along with his family. He lives in a Rowneybury House which is nicknamed as Beckingham Palace situated in Sawbridgeworth, Hertfordshire, England. Similarly, his father has several stylish cars that he can enjoy within.

Therefore, his father who is a well-known soccer player has an estimated net worth of around $450 million.

Reflecting on Cruz Beckham’s relationship status, he is single. However, he is too young to get involved in relationship matters. Growing up young he might be obviously dating a beautiful girl with whim he can be paired with.

Looking up to his parent’s relationship, his parents married on 4 July 1999 by the Bishop of Cork, Paul Colton, at Luttrellstown Castle, Ireland with attracted much media coverage. However, they started dating since 1997. Despite many rumors of affairs, divorces, and fights, they have dared the differences to their beautiful marriage of 21 years. 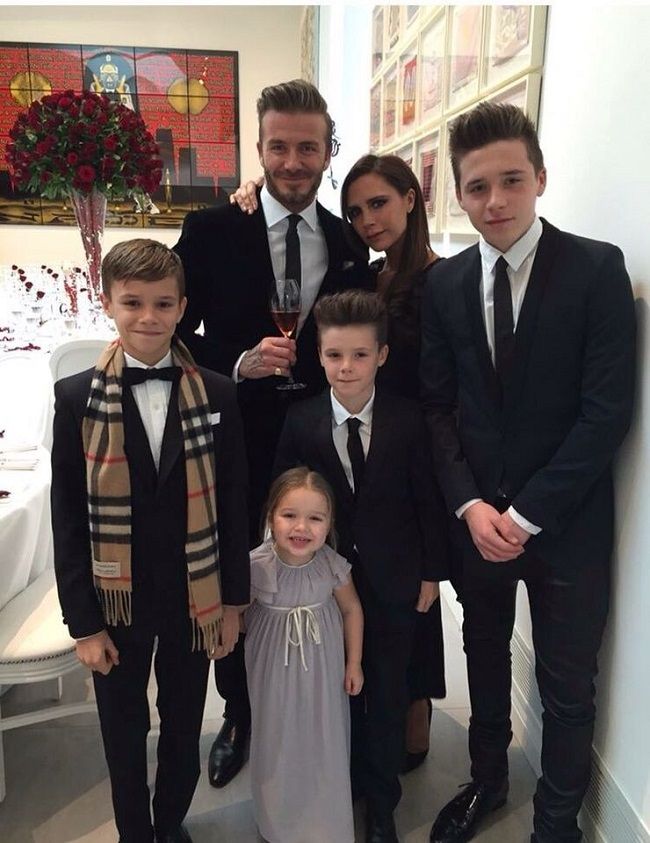 Caption: Cruz Beckham posing along with his family (Source: Pinterest)

The 15-years-old young and handsome Cruz Beckham has a very good personality. He has an average height of 4’7″ with healthy body weight of 39 kgs. However, his body statics is fluctuating due to age factors. As a small kid, he was chubby and called a cheeky kid of his family. In addition, he has a pair of dark brown eyes with brown hair color.