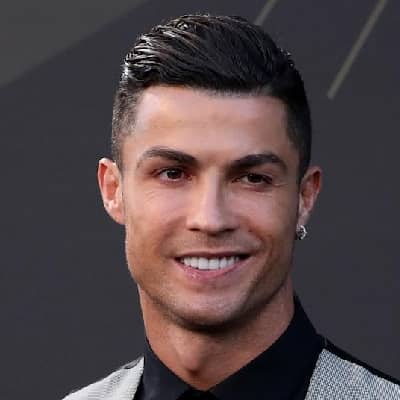 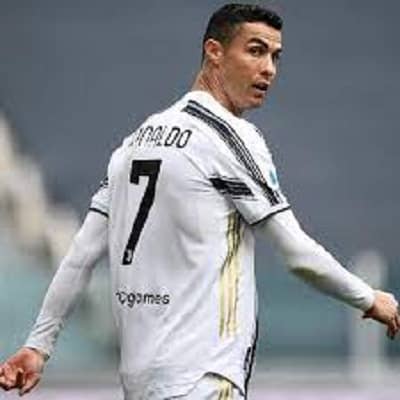 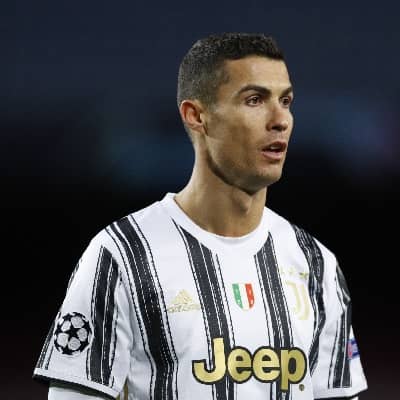 Cristiano Ronaldo was welcomed to this world by his parents on 5th February 1985 in São Pedro, Funchal, Madeira islands, Portugal. His birth sign is Aquarius and he is currently 36 years old. He was born to his father José Dinis Aveiro and his mother Maria Dolores dos Santos Viveiros da Aveiro. His father was a part-time kit man and a municipal gardener and his mother was a cook.

Ronaldo is the youngest and fourth child of his parents. Ronaldo’s mother revealed that she wanted to abort him due to their poor family condition, his father’s alcoholism, and having too many children already, but her doctor refused to perform the procedure. Along with his siblings, Ronaldo was Catholic and from an impoverished home.

As a child, from 1992 to 1995,  Ronaldo played for the Andorinha football club. Likewise, at the age of 12, Ronaldo was signed by Sporting CP, for 1500 euros. He later moved to  Alcochete, near Lisbon, to join the Sporting youth football academy and to focus on his football career. Moreover, at the age of 14, Ronaldo took permission from his mother to leave school and focus on his football career.

Moreover, he was expelled from the school for throwing a chair at his teacher. Later, it was found he was suffering from racing heart disease. The disease could have forced him to give up playing football. Ronaldo underwent surgery for his heart disease and later he was able to play football again.

Cristiano Ronaldo started his career as a young player in the Sporting Youth team. The manager of the team was very impressed by Ronaldo’s dribbling, skills, and amazing finish. Later, Ronaldo was promoted from the Sporting Youth team to Sporting FC. Ronaldo made his debut in the Primeira Liga, against Braga. Moreover, On 7th October 2002, he scored two goals against Moreirense in their 3–0 win. Because of Ronaldo’s talent, many managers from well-known football teams like Barcelona, Arsenal, Liverpool, and many other teams discussed a possible transfer.

Ronaldo signed for Manchester United and became the first Portuguese player to play for Manchester United. His Transfer of 12.24 million euros made him the most expensive teenager of the time. Ronaldo first wanted number 28 for his jersey as he was number 28 in Sporting. However, Ferguson gave him the number 7 which was previously worn by legendary United players like David Beckham, Eric Cantona, and George Best. The number 7 became a motivation for Ronaldo.

Ronaldo played very well for United and won a 4–0 home victory over Bolton Wanderers on 16 August 2003 on his debut. Ronaldo scored the first goal for United through a freekick over a 3-0 win against  Portsmouth on 1st November 2003. Moreover, Ronaldo scored a total of 118 goals in 292 appearances for Manchester United.

Ronaldo joined Real Madrid in 2009 for a world-record transfer fee of £80 million (€94 million) at the time. Ronaldo signed a contract for Madrid which worthed approximately 11 million per year. Moreover, the contract contained a €1 billion buy-out clause. Moreover, Ronaldo received the number 9 shirt because the club captain Raúl already wore the number 7. On 29 August 2009, Ronaldo made his La Liga debut with a penalty goal and a 3-2 home win against Deportivo La Coruña.

Real Madrid had their rivalry with Barcelona for a long time, which later formed a rivalry between two of the world’s best players Cristiano Ronaldo and Lionel Messi. Moreover, Ronaldo finished the campaign with a massive amount of 33 goals in all competitions. Moreover, he scored a hat-trick in a 4–1 win against Mallorca. After Raúl’s departure, Ronaldo received the number 7 jersey back and continued his CR7 legacy. 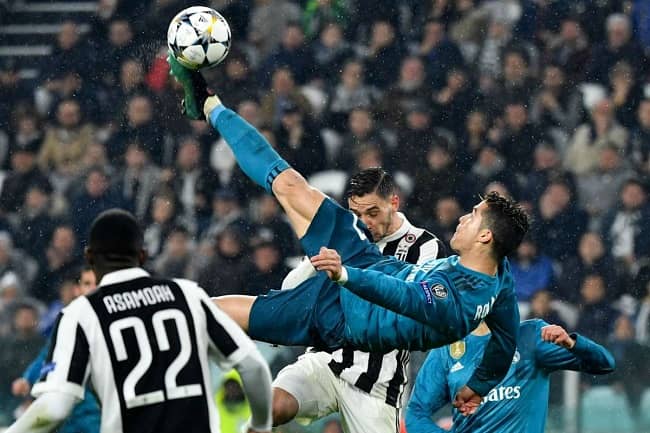 During the El Clasico (the name given to any match between Real Madrid and Barcelona) Ronaldo scored twice his personal record in a single season. Moreover, Ronaldo won four Champions League trophies with Madrid, which was more than his rival Messi’s whole career Champions League win. He has made a strong presence for the team. Ronaldo scored the first two goals against Juventus with a 3-0 away win on 3rd April 2018.

Moreover, his second goal of the match was an unbelievable bicycle kick with Ronaldo’s foot approximately 7 ft 7 in (2.31 m) higher than the ground. Moreover, the goal garnered him a standing ovation from the opposing fans in the stadium. Likewise, the manager Zidane was shouting ” what the hell just happened”. The goal was one of the best goals of all time. He finished the top scorer of the season for the sixth consecutive season. Ending the campaign with 15 goals. Moreover, Ronaldo scored a total of 450 goals in 438 appearances for Real Madrid.

On 10 July 2018, Ronaldo signed a 4-year contract with the Italian club Juventus. Juventus signed Ronaldo for a massive 100 million euros. The contract was the most expensive contract of all time for a 30-year-old or above. The transfer was also the highest-paid transfer by an Italian club. Ronaldo made his debut for Juventus with a 3–2 away victory against Chievo on 18th August 2018.

On 16th September Ronaldo scored his first two goals for Juventus in his fourth appearance for the club in a 2–1 home win over Sassuolo in Serie A. Moreover, the 2nd goal was the 400th goal of his career. Moreover, after a 1-0 home victory over Valencia, Ronaldo became the first player in history to win 100 Champions League matches. On 18 December, Ronaldo scored an athletic heading goal by leaping to a height of 8.39 ft (2.56m).

On 6 January 2020, Ronaldo scored his first Seria A hat-trick in a 4–0 home win against Cagliari. Likewise, he won his first Seria A title in the 2018-2019 season with Juventus, followed by the next consecutive win in the 2019-2020 season. Moreover, Ronaldo became the second player to score a hat-trick in the Champions League, Premier League, and Seria A after Alexis Sanchez. Ronaldo also became the first player to score 50 and 100 goals in Champions League, Premier League, and Seria A.

Moreover, he became the oldest player, scoring over 30 goals in one of the five top European leagues. Moreover, Ronaldo has scored 133 total goals for Juventus in his 101 game appearances. Currently, Ronaldo is the highest-paid footballer of all time. Moreover, he is also known as the Goat or the King of football.

Likewise, On 23 June after a 2-2 draw against France in the 2021 Euros, and became the player with the most international goals. However, they got defeated by Belgium with a 0-1 loss in the qualifying round. Moreover, Ronaldo is the only player to score 100 goals in all Nationals leagues, Champions League, Premier League, and Seria A. Likewise, he is also the only player to win the International title, Champions League titles, Premier League titles, and Seria A titles.

Cristiano Ronaldo has endorsed various brands throughout his career. The details about his brand endorsements are described below:

Cristiano and Nike have been working together since 2003, and in 2016, he became the third athlete in history to sign a lifetime contract with the company. Only LeBron James and Michael Jordan have received this wonderful opportunity before him.

A co-branded sports drink called “Herbalife24 CR7 Drive” was initially introduced by the global nutrition company Herbalife and Ronaldo in 2013. Since then, Ronaldo has also represented the company as a brand ambassador.

Later, the agreement was extended for another three years in 2018. Ronaldo said of the extension, “It is personally and professionally fulfilling to be able to help other players around the world understand how nutritional food can help them perform better.”

In August 2018, Ronaldo and the sports streaming service DAZN partnered. DAZN, a sports streaming website owned by Perform Group, is frequently referred to be the Netflix of sports. In all of DAZN’s operating nations, including Canada, Germany, and Japan, Cristiano serves as the network’s worldwide ambassador.

In 2014, Ronaldo signed on as a Clear Shampoo brand ambassador. Since then, he has appeared in a few brand advertisements that have appeared in various media.

Since 2014, Ronaldo has supported MTG’s Training Gear Sixpad as an endorsement.

Ronaldo has partnered with American cable television provider and multiple system operator Altice since 2015. The agreement was last extended in 2019.

Cristiano Ronaldo was introduced as the brand ambassador for Garena Free Fire, an Android and iOS battle royale game created by 111dots Studio, in December 2020. Cristiano was included in the agreement as Chrono, a playable character in the game.

Since 2018, Cristiano has served as the brand ambassador for American Tourister, a brand of luggage owned by Samsonite.

Cristiano signed a two-year contract in May 2021 to represent LiveScore as the company’s official global brand ambassador. LiveScore is a provider of streaming and real-time sports information with offices in Gibraltar, London, and Prague. Cristiano will be a part of LiveScore’s targeted marketing effort leading up to the postponed UEFA Euro 2020, according to the agreement. The 2017 FIFA Men’s World Cup will also attempt to be included in the arrangement.

Since April 2014, Cristiano has served as a global brand ambassador for TAG Heuer, a Swiss luxury watchmaker with headquarters in La Chaux-de-Fonds. 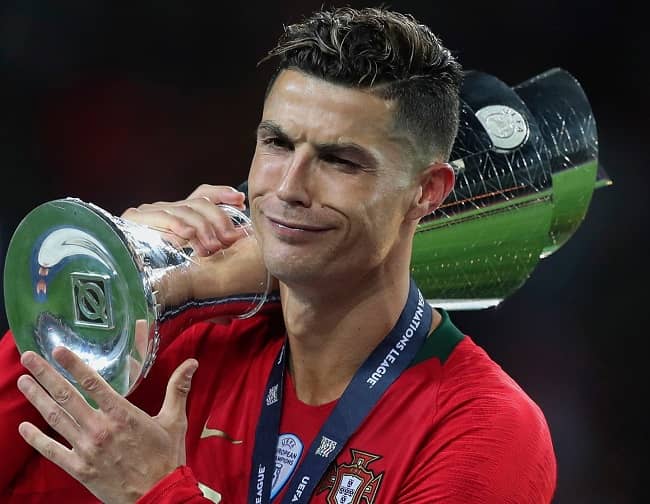 Cristiano Ronaldo is a world-famous Portuguese professional footballer who plays as a forward for Serie A club Juventus and captains the Portugal national team. Moreover, his estimated net worth is supposed to be about 500 million USD. Likewise, He has a lifetime deal with Nike. Ronaldo also makes money off the football ground with CR7-branded clothing, accessories, hotels, and gyms.

Moreover, he owns uncountable supercars. In an interview, he stated he didn’t know how many cars does he have. Likewise, he is one of the highest-paid sportsmen.

Cristiano Ronaldo announced his relationship with Russian model Irina Shayk in mid-2010. However, the couple broke up after a five-year-long relationship in January 2015. Moreover, Ronaldo is currently in a relationship with a Spanish model Georgina Rodríguez. the couple is having a very good time together and keeps posting their photos together.

Moreover, Ronaldo is a father to 4 children. In 2010, He first became a father to a son, Cristiano Jr. Ronaldo stated he wouldn’t like to disclose the name of Cristiano Jr’s mother. He also stated he will tell Ronaldo Jr about his mother when he is older enough to understand. Likewise, in the year 2022, the husband and the wife had twins, one boy, and one girl. However, due to some complications, the boy could not make it and died at the time of delivery. However, his daughter is well and healthy. 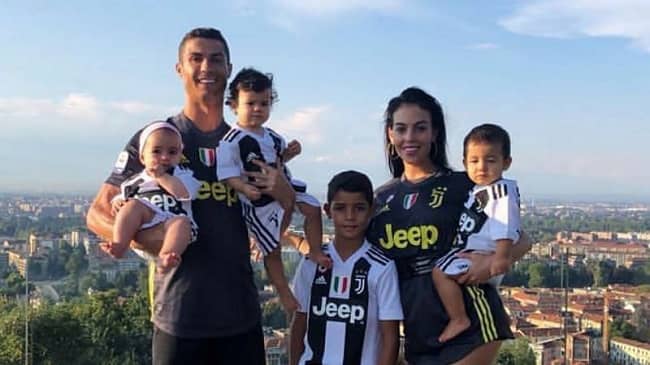 Cristiano Ronaldo is a tall and handsome guy. He stands 6 feet 1 inch tall and weighs about 75 kg. Likewise, he has a pair of hazel brown colored eyes and black hair. He has a sexy body with massive muscles and six packs.

Moreover, he works a lot to maintain his body. Likewise, he doesn’t even touch Coca-Cola, cigarettes, alcohol, and not even fried food. Moreover, Ronaldo has very little fat in his body in comparison with average people. Likewise, his other body measurements are 43B-33-24.5 inches and he wears a shoe size of 9 US.