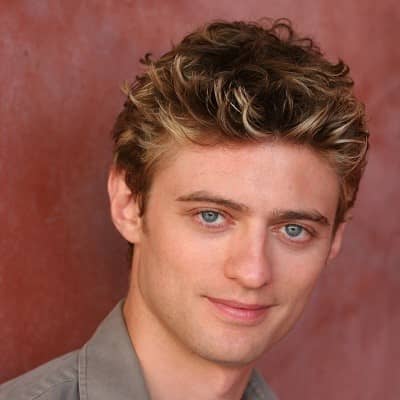 Crispin Freeman was born on February 9, 1972, and he is currently 49 years old. He hails from Chicago, Illinois, U.S., and his zodiac sign is Aquarius. Talking about his family, Crispin’s father is Jewish. Similarly, Crispin is the oldest of three children. He has a sister named Cassidy and she is an actress. Likewise, he has a brother named Clark and he is also an actor and musician.

Regarding his educational journey, Crispin Freeman graduated from the Latin School of Chicago in the year 1990. He then went on to earn a BA from Williams College. Crispin majored in theater and minored in computer science. Furthermore, Crispin earned an MFA in acting from Columbia University. 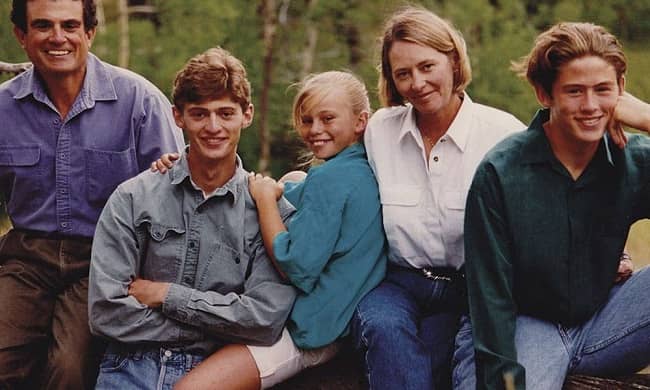 Caption: Crispin Freeman posing for a photo with his family. Source: COWGIRL Magazine

Later on, Crispin discovered Voltron, Star Blazers, and Robotech. Freeman has also stated that the reason he got into the industry was because of the anime The Vision of Escaflowne. The actor initially involved in the voice-over industry when one of his friends landed a role in Peacock King.

Crispin Freeman is a professional voice actor, voice director, and screenwriter. He is popular especially for his contributions to video games, anime, and Marvel and DC Comics-based films. Crispin also played “Alucard” in Hellsing and “Kyon” in The Melancholy of Haruhi Suzumiya.

Additionally, Crispin’s first anime role was in the year 1997 in Slayers as the character “Zelgadis Greywords”. Similarly, the voice actor was also cast in video games like God of War III as Helios, Blood+, and Too Human as Baldur. Both Crispin and Dee Bradley Baker began voicing characters on the Cartoon Network series Wabbit in the year 2015.

Initially, soon after his college graduation, Crispin went on to perform on Broadway, at the American Repertory Theater, at the Mark Taper Forum, at Cincinnati’s Playhouse in the Park, and at the Williamstown Theater Festival. 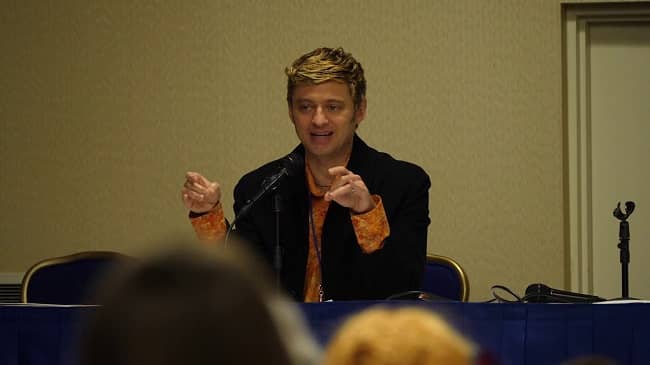 A friend suggested Crispin call up Central Park Media (CPM) and apply for a job doing English dubs. This was after the friend knew that Crispin was a big anime fan. Crispin actually declined while his friend originally approached him about dubbing. This went on until Crispin remembered all of the anime shows that he watched as a child that he realized many people are introduced to anime through the English dubbed versions.

Then in the year 1997, Crispin Freeman landed the role of “Zelgadis Graywords” in Slayers. For this project, he worked alongside Lisa Ortiz, Eric Stuart, and Veronica Taylor. Similarly, Crispin was the second and final voice actor to get the job. The original voice actor for the character “Zelgadis” was Daniel Cronin. However, Daniel lost contact with CPM after a year-long halt in the dubbing. Nevertheless, years later, Daniel turned to the American animation voice acting grounds.

Furthermore, Crispin Freeman has also most popular for his work in Marvel Comics-based productions like The Spectacular Spider-Man, Wolverine and the X-Men, and The Avengers: Earth’s Mightiest Heroes. The voice actor then started off as several versions of “Roy Harper” in Young Justice for DC Comics and Warner Bros. 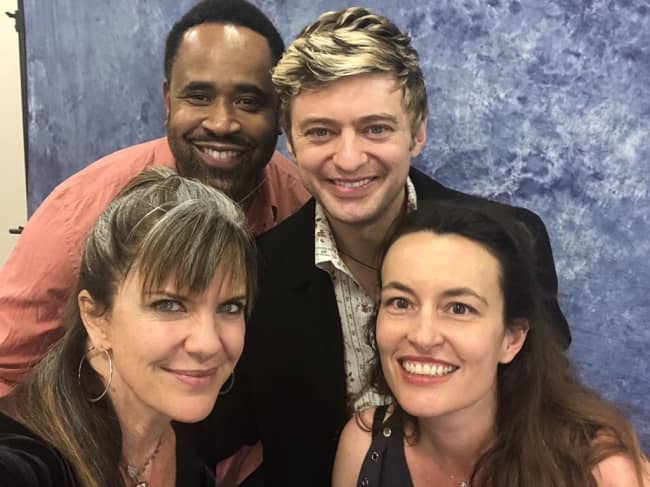 Since then, Crispin Freeman has had various roles throughout his career. The voice actor has also appeared in many video game titles as memorable characters. Some of them are “Albedo” from Namco’s Xenosaga series, the god of the sun Helios in God of War III, Haji, Joel the 6th, and Van Argeno in Blood+, the main protagonist Baldur in Silicon Knights’ Too Human, Breakdown in Transformers: War for Cybertron, the Winter Soldier in Marvel: Ultimate Alliance, and Iron Man in Marvel: Ultimate Alliance 2.

Additionally, Crispin Freeman teaches classes, workshops, and performance lectures in the Los Angeles area. In addition to classes, the voice actor also has a website called “Voice Acting Mastery”. This website includes podcasts and other resources regarding voice acting. 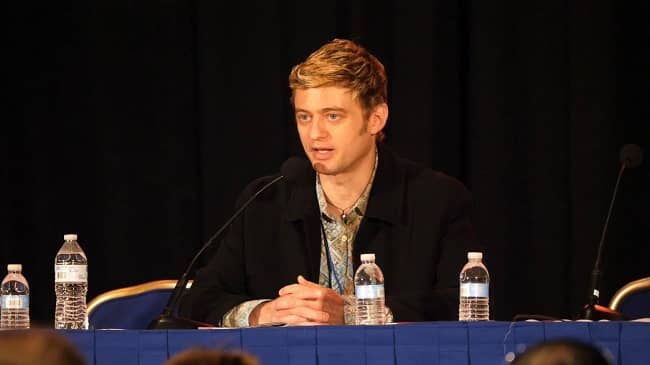 Crispin Freeman is married to Izobel Carol. The lovers tied the knot on August 11, 2007, at “The Big Island” of Hawaii. Other than this, the couple has not shared any information regarding how they met or when they started developing romantic feelings for each other.

Crispin Freeman stands tall at an approximate height of 1.87 meters or 6 feet 1 inch. Other than this, there is no further information regarding Crispin’s other body measurements. Likewise, Crispin has mesmerizing blue eyes and honey blonde hair color.

Talking about his social media presence, Crispin Freeman joined Twitter in March 2009 and so far has over 45.9K followers on his @CrispinFreeman account. Similarly, he is available on Instagram under the username @crispinfreeman. While writing this biography, Crispin has shared exactly 60 posts and garnered over 11.5k followers.