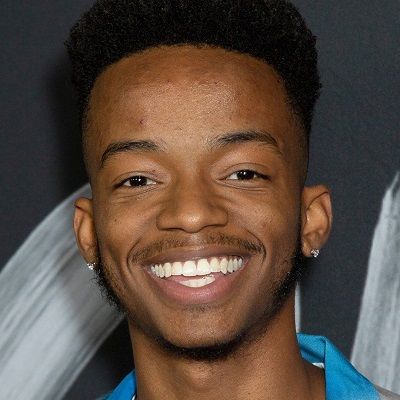 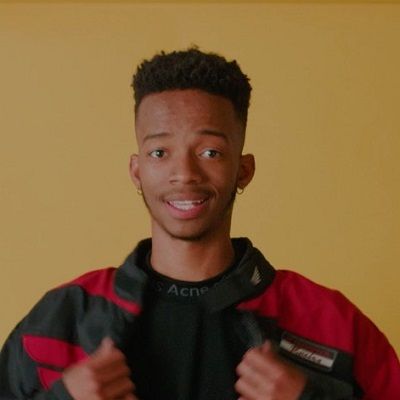 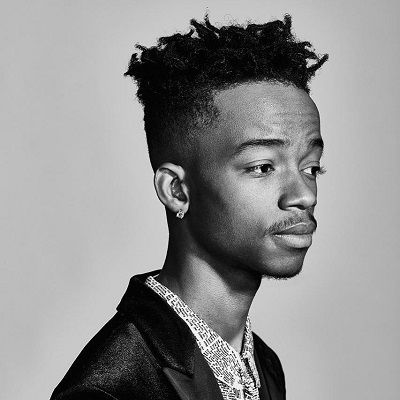 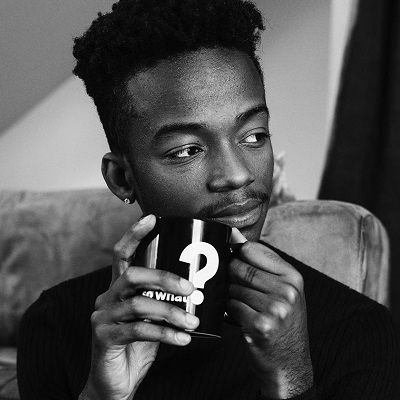 Coy Stewart is a young American actor, singer, and social media influencer. Coy Stewart is popular for his role in several TV series and films like “The Glades”, “Are We There Yet?”, “Deadly Detention”, “Bella and the Bulldogs”, and “Kipo and the Age of Wonderbeasts” among many others.

Coy Stewart was born on June 24, 1998, and he is currently 24 years old. He is originally from Columbia, South Carolina, U.S. Also, his zodiac sign is Cancer. Further, his full name is Tyson Coy Stewart. His parents are his father Derek Stewart and his mother Keisha Stewart. His father released a book in 2012 titled The Unlikely Journey. This book describes the unfolding of his entertainment career.

However, he has not shared information regarding his siblings and other family details. Also, he has not mentioned his educational journey to the public except for a photo of his graduation back in June 2016.

Additionally, his interest in acting began after reciting lines from popular television series. Later, he joined a talent agency in Columbia called DeAbreu Modeling and Consulting before playing Travis Younger in a stage production of A Raisin in the Sun. 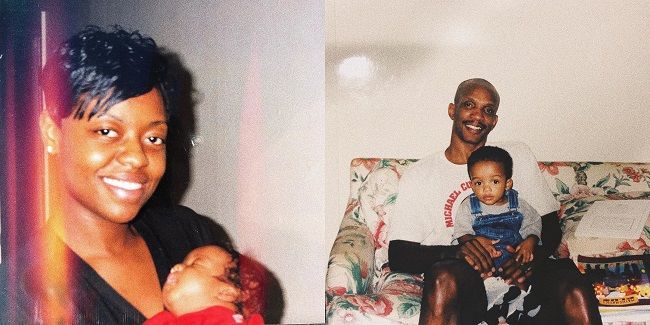 Professionally, Coy Stewart is an actor popular for playing the role of Kevin Kingston in Are We There Yet? in the year 2010. He then went on to star in A&E’s The Glades. Further, he also played Troy Dixon in the Nickelodeon series Bella and the Bulldogs. Then in the year 2015, he appeared on Nickelodeon’s Ho Ho Holiday Special.

He also began starring in Netflix’s Mr. Iglesias in the year 2019. He also signed with a talent agency in his native South Carolina and started his acting career by performing in a production of the famous play titled A Raisin in the Sun.

Moreover, he joined the cast of PBS’s Electric Company in the year 2011. He has also appeared with Matt Passmore on episodes of the A&E series The Glades.

Are We There Yet? is his debut TV role. It is the sitcom in which he replaced Philip Daniel Bolden to portray one of the main roles of Kevin Kingston-Persons. Starting from the first episode titled The Hyphenated Name Episode that aired on 2 June 2010, he appeared in overall 72 episodes of the series. He worked together on this series up to the year 2012.

His remarkable performance as Kevin won him the “Best Supporting Young Actor in a Comedy or Drama” award at the 2011 Young Artists Award. Likewise, on 1 August 2010, he appeared as Declan in the episode titled Mucked Up from the action crime drama television series The Glades.

Also, while performing in Are We There Yet?, he became part of the main cast of the American comedy family TV series The Electric Company. He featured in 12 episodes of this PBS series starting from the episode Off Target’ that aired on 7 February 2011.

Then on 15 September 2013, the episode titled The Bug Prom aired in the comedy-family drama TV series Good Luck Charlie. In this episode, he appeared on the episode in the role of Warren. He gained even more fame performing as Troy Dixon as the main cast of the American comedy TV series Bella and the Bulldogs.

In this series, where he worked with other personalities like Brec Bassinger, Rio Mangini, Haley Tju, Lilimar, Jackie Radinsky, and Buddy Handleson in starring roles aired. This show aired on Nickelodeon for two seasons from 17 January 2015 to 25 June 2016. 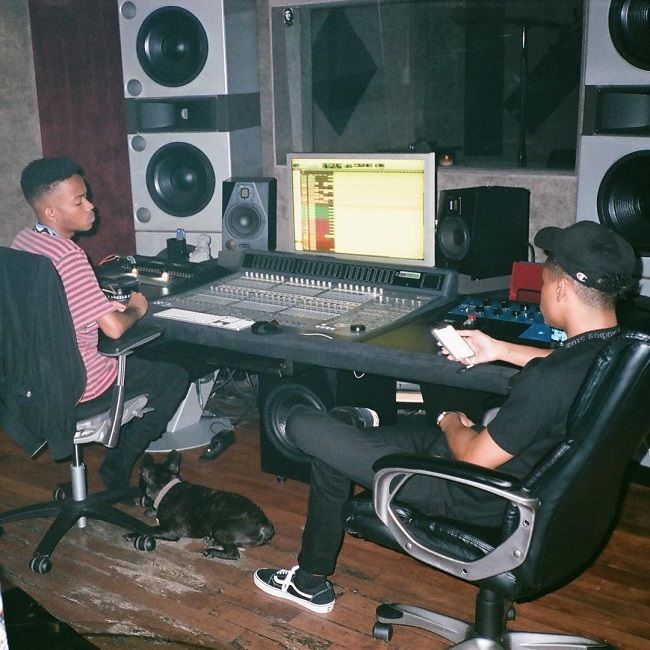 Later in 2015, he again appeared as himself in Nickelodeon’s Ho Ho Holiday Special apart from featuring in the short films Jingle Hit Factory: Detention, Throwing Snowballs, and Christian. Starting on October 23, 2016, he played the starring role of Xavier in the comedy-horror web series WTH: Welcome to Howler.

Then in the year 2016, he also appeared as Brandon Conway in the episode Home of the Brave from the action-comedy crime television series NCIS. The episode aired on 15 November the same year.

He worked alongside Matthew Modine, Luis Guzmán, Don Cheadle, and Nolan Gould for the music video of the Grammy-nominated popular song 1-800-273-8255. It is a song by American rapper Logic. He portrayed the main role in the music video that premiered on the VEVO channel of Logic on YouTube on 17 August 2017.

Blair Hayes directed the thriller film Deadly Detention which was released on 12 September 2017. In this film, oy played the role of Kevin. He also appeared as Dax in the television horror movie House of the Witch. They released the movie on 7 October the same year.

Additionally, he had been cast as a young Inhuman called Flint in the ABC aired action-adventure drama TV series called Marvel’s Agents of S.H.I.E.L.D. For this particular movie, there was an announcement made in November 2017.

The same year, he also played the lead role of Malik Martin in the short drama film called The Judgment of Kyle Noble. Danilo Dayani directed this short film. In the year 2020, he also voiced a character in the

Scrolling through her Instagram handle too, it seems like he and she are in a romantic relationship. She has used a heart emoji in several photos featuring him, solidifying the possibility that the two might be romantically linked with each other.

The post shared in August 2017 on Jada’s Instagram account indicates the beginning of their romance on social media. It is a photo of the lovers holding each other’s hands. Their tattoos are visible, which gives away that they were together since then. Moreover, scrolling through his Instagram, their first photo shared on his account dates back to June 2016 and it is his graduation photographed with Jada. They might have been together since 2016!

Moreover, he has also maintained a clean public profile that is away from rumors, scandals, and controversies that might hamper his professional career and personal life. 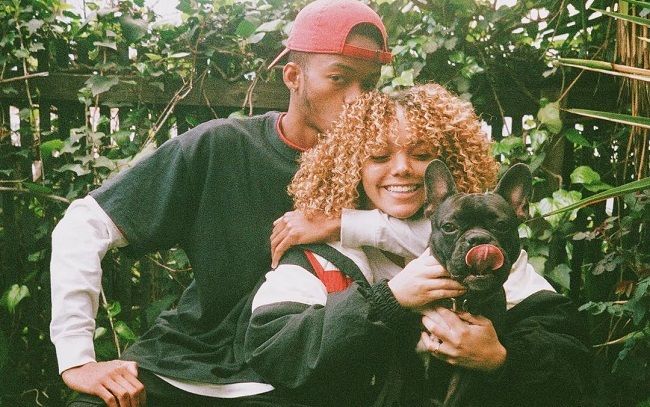 Caption: Coy Stewart posing for a photo with Jada Grace and her pet dog. Source: Instagram

He stands tall at a height of 1.74 meters or 5 feet 9 inches tall. Other than this, there is no information regarding his body measurement details. His chest-waist-hip measures, weight, dress size, shoe size, etc are all unavailable. Further, he has curly dark brown hair and eyes of the same color.

Talking about his social media presence, Coy Stewart joined Twitter in May 2010 and so far has over 25.6K followers. Likewise, he has shared 114 posts and earned over 253k followers on his @coystewart Instagram account at the time of writing this biography.

Moving on, he has a net worth estimation of approximately $1 Million to $5 Million. He most probably earns through his involvement in various acting projects and more.