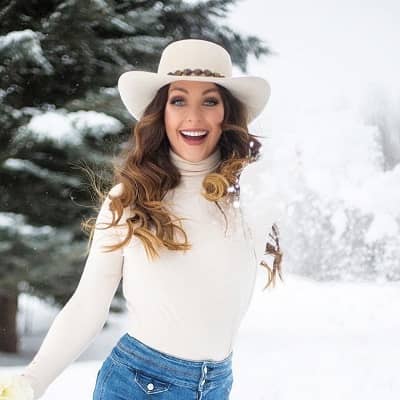 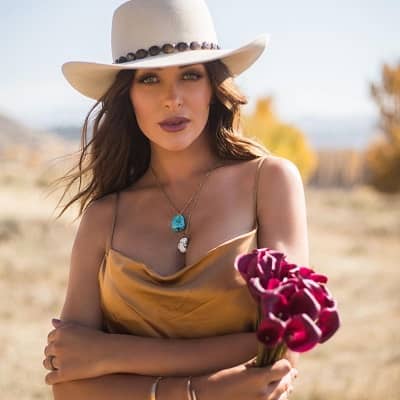 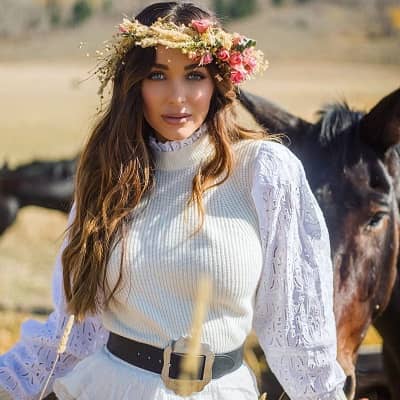 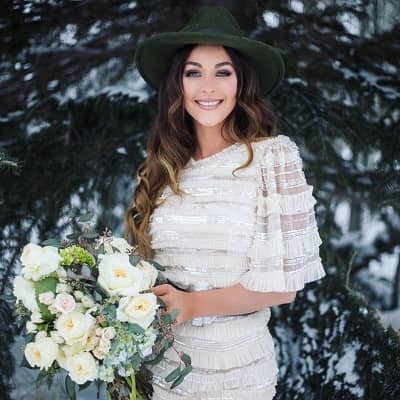 Courtney Sixx was born on September 5, 1985, and she is currently 37 years old. She hails from Santa Monica, California, and her zodiac sign is Virgo. Her full name is Courtney Erica Bingham. Moreover, she grew up in Los Angeles. There is no information regarding this personality’s parents, siblings, educational journey, and other personal details. 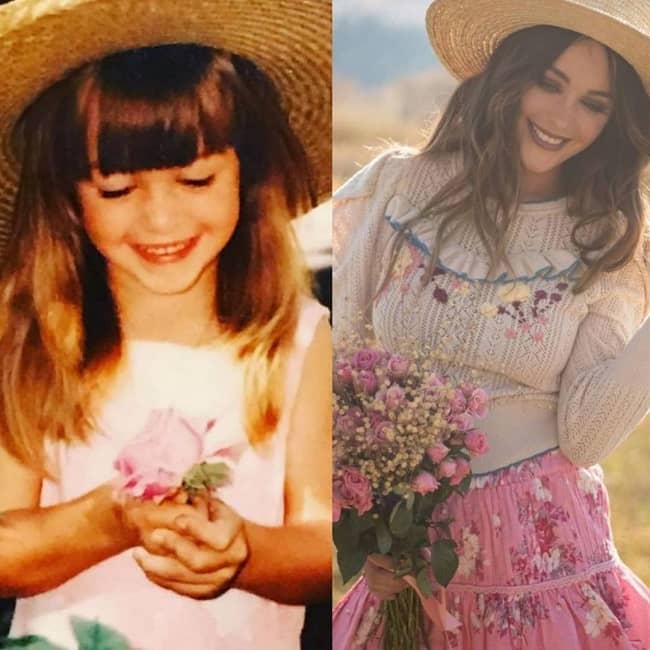 Caption: Courtney Sixx in a past and present comparison photograph. Source: Instagram

Professionally, Courtney Sixx is a famous model, entrepreneur, and film producer. Besides her professional achievement, she is also popular as the celebrity wife of Nikki Sixx, the main songwriter of the rock band – Mötley Crüe.

Talking about the beginning of her career, she signed with the modeling agency Wilhelmina Models at the young age of 17 years old. Following this, she established a successful modeling career in Europe. Soon, she began to work at Paramount Pictures. There, she worked alongside the film producer Christine Peters. She worked with this company from 2006 to 2008.

After that, the model moved to New York City from LA. There, she became the producer of infomercials for Square One Entertainment. At the same time, she also began developing a swimwear line called Cover Ups by Courtney.

Similarly, in the year 2011, she became the producer of the film Inappropriate Comedy in which the director was Vince Offer. Moreover, this film starred actors like Lindsay Lohan, Noelle Kenney, Michelle Rodriguez, and Rob Schneider. 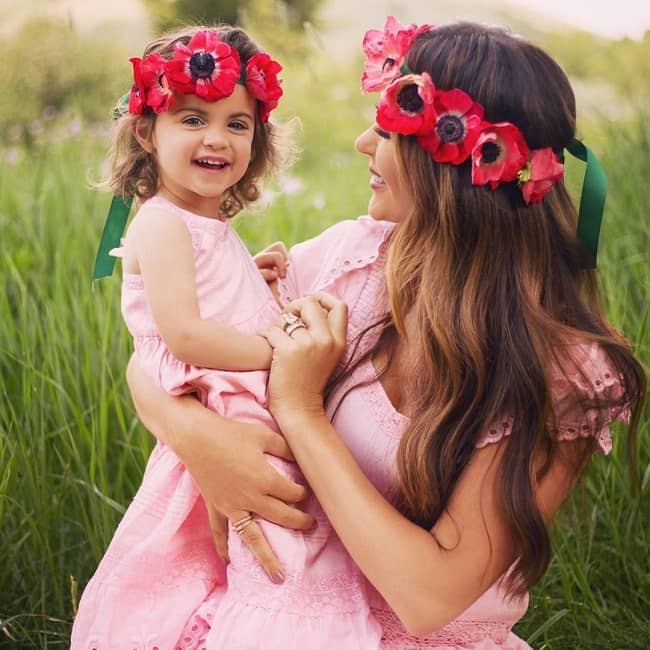 Caption: Courtney Sixx posing for a photo with her daughter. Source: Instagram

She also made an appearance in the short film Shoot’er. This film’s director was P.R. Brown and was released in 2012. Similarly, she appeared as a guest in the popular TV show Entertainment Tonight in the year 2014.

She is also a host having her own program since 2016. Her show is called Hollywood DIY with How2Girl Courtney Sixx and her show aimed to showcase the women who strive towards improving their lifestyle on a budget.

Later in the year 2017, she started off her career as an actor with the character Brooklyn Charles in Beautiful Danger Animated TV Series. In recent days, she also is the host of the show How2Girl that airs on iHeartRadio.

Moreover, this actress is also a creator of blogs and video tutorials. She then shares her works on her website as well as her own YouTube channel. Furthermore, she is also a contributing editor for Martha Stewart Weddings magazine. Additionally, she is a contributor of content for the program Good Day L.A.

Likewise, she is also the brand ambassador of the nonprofit organization Bright Pink. This non-profit’s aim is to prevent breast and ovarian cancer in young women. She also became a host of a music concert to raise money as a part of Bright Pink’s initiation. As an entrepreneur, she is also the founder of Bouquet Box. 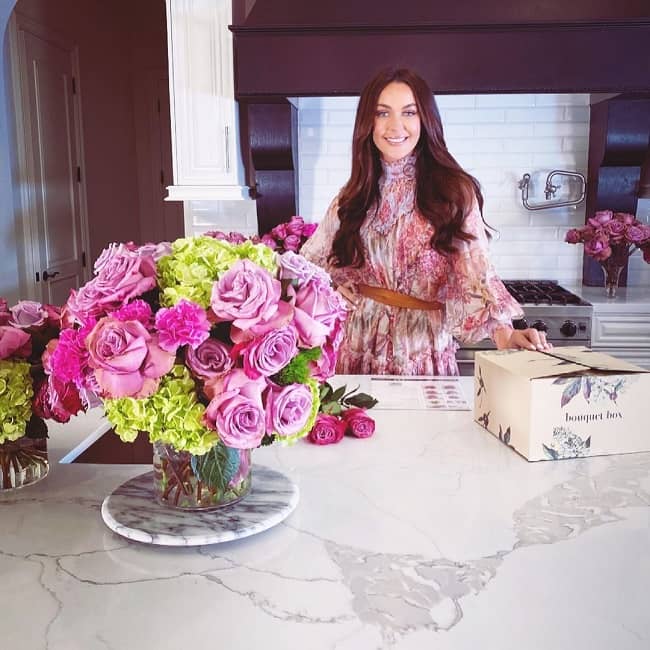 Courtney Sixx is a married woman. Her husband is Nikki Sixx. Her husband is famous as the rock band – Mötley Crüe’s main songwriter. The couple made their 1st public appearance in Santa Monica. This was when the two attended the Call of Duty: Black Ops Launch Party together.

Her then-lover proposed to her during their vacation in St. Barts and this news was revealed on November 26, 2012. After 3 more years of dating, the lovers tied the knot on March 15, 2014. The couple had their ceremony at the Greystone Mansion in Beverly Hills, California.

Through her marriage with Nikki, she became the stepmother of four of Nikki’s children from his previous marriages with Brandi Brandt and Donna D’Errico. Her four step-children are Gunner Nicholas, Storm Brieann, Decker Nilsson, and Frankie-Jean Mary. The two also share a child together namely Ruby Sixx and they welcomed her in July 2019. 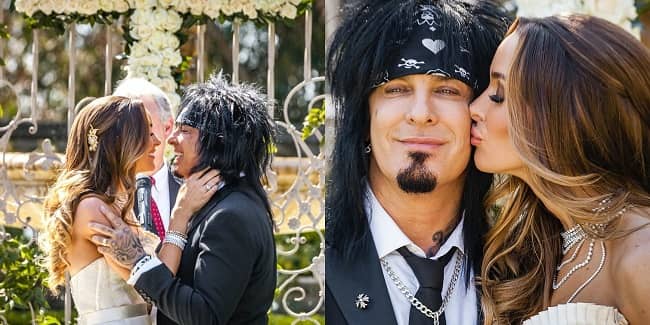 Courtney Sixx stands tall at an approximate height of 5 feet 10 inches or 1.78 meters and her weight is around 55 kgs. Similarly, this celebrity has a chest-waist-hip measurement of 34-25-35 inches respectively. Moreover, this celebrity wife has blonde hair and blue eyes.

Talking about her social media presence, Courtney Sixx joined Twitter in July 2011 and so far has more than 248.9K followers on her @how2girl account. Likewise, her Instagram username is @how2girl and so far has over
241k followers as of September 2021. Moving on, the model has a net worth of around $1.5 million US dollars and her celebrity husband is worth $45 million US dollars.