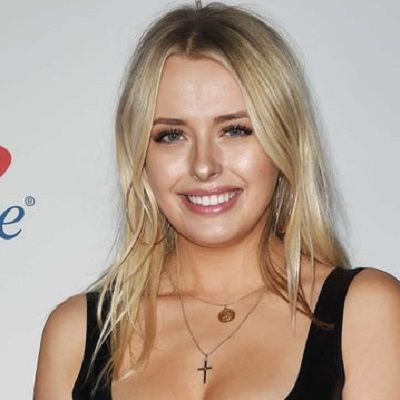 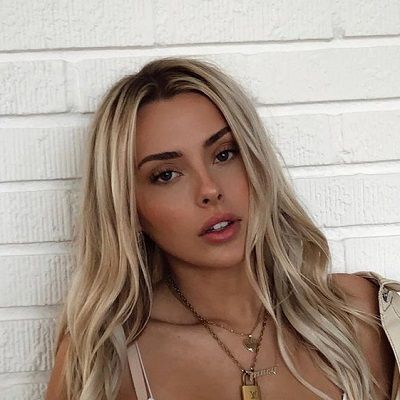 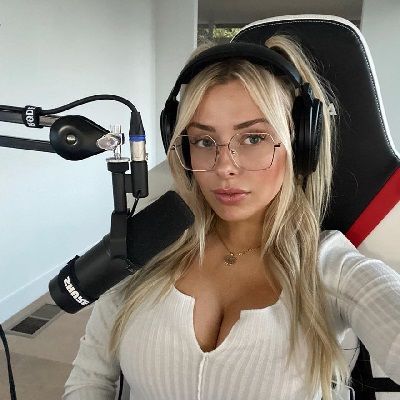 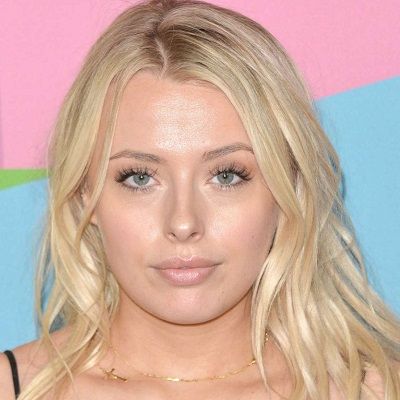 Corinna Kopf is an Instagram star and YouTuber. Corinna Kopf was first featured in David Dobrik’s vlogs before starting a channel of her own.

Corinna Kopf was born on December 1, 1995, in Palatine, Illinois, USA. Hence, she is 24 years old at present and her zodiac sign is Saggitarius. More of her family members live in Wisconsin, Iowa, and Missouri. She is of German descent and can talk fluently. She went to Hooters for some time but doesn’t work there anymore.

Initially, she began her career as an ‘Instagram’ model and then a vlogger. She started experimenting with Instagram around the summer of 2012. Corinna also has a dog named Carl who has his own Instagram account. Prior to this, she joined Twitter in January 2011 and tweeted very often.

Then, she possesses a ‘YouTube’ channel that hosts content related to lifestyle and beauty. The channel hosts storytime videos, pranks, and challenge videos. In the same vein, she has co-operated with several noted “YouTubers”. Some of her most popular collaborations have been with well-known YouTuber David Dobrik.

Moreover, she is best known for her frequent appearances on David Dobrik’s channel, which has nearly 11 million followers. From 2015 to 2016, she appeared in 10 episodes of David’s vlog. She frequently makes jokes about her sexuality and dating habits in vlogs and allows the viewers to her life through confessional videos. There is no uncertainty that she is well connected in the YouTube universe, with her closest friends.

Furthermore, she is popular for her storytime videos, too. One of her most popular storytime videos is about her horrifying lip-injection experience. She shared her skin-care routine, responding to her fans’ requests, and it earned an impressive viewership. Her oldest video dates back to February 17, 2017. Its title is I LIVE WITH A MAGCON BOY? Q & A and it has  371,882 views at present. Other oldest videos include LIP INJECTIONS STORY TIME! and PRINGLES CHALLENGE WITH NICK BEAN!

In addition, she worked as a nanny in Malibu, while she was in school. She left school to pursue a career in social media. She works as the personal assistant of Taylor Caniff, who is an American internet personality-turned-actor. She has not been in any nominations and didn’t get any awards. 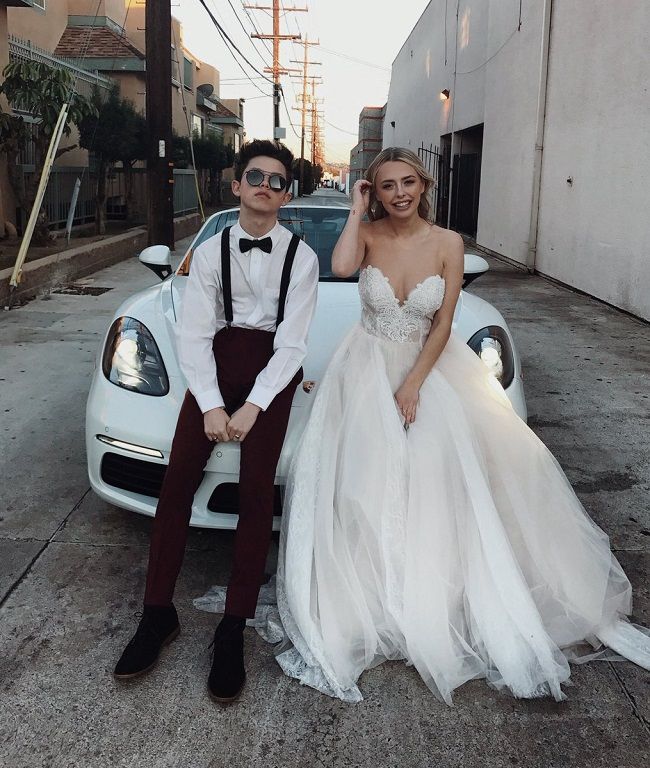 Caption: Corinne Kopf’s first ever music video “Up With It.” Source: Twitter

Currently, Corinna is dating a guy who goes by the username @Tfue on Instagram. He is a Fortnite gamer. Moreover, she has also shared a photo of kissing @Tfue on 30 April 2019. The duo has shared photos with each other on their respective Instagram accounts. @Tfue uploaded a photo in March 2019 and another one in April 2019, the second one coinciding with that of her. More precisely, @Tfue’s real name is Turner Tenney. She has also tagged Tfue on her Youtube videos. 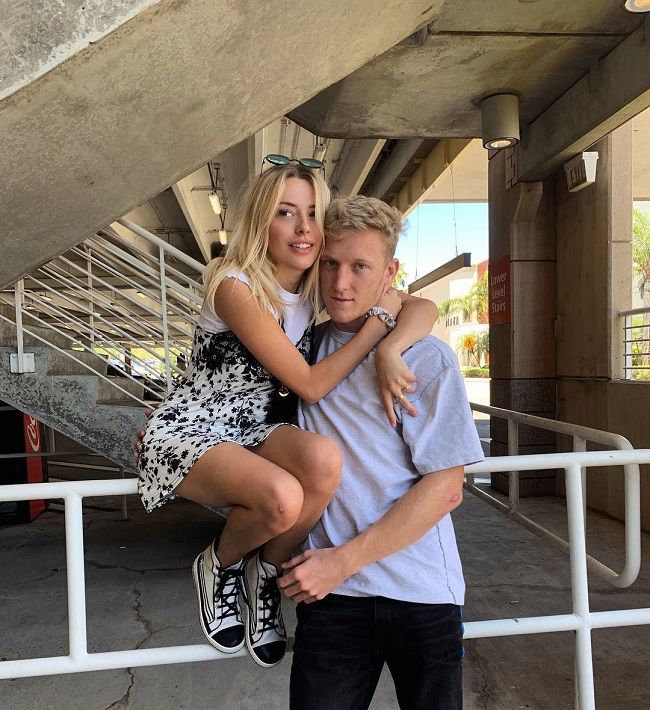 Previously, she dated “Viner” Toddy Smith. They began dating in 2017 but broke up in early 2018. She has dated fellow social-media personality Jack Dail, too. She dated musician Nick Bean in the past. Nick refers to her as not just his ex-girlfriend, but his best friend too. Moreover, she also has links with Brennen Taylor and there is information that they dated in 2017.

In January 2019, she occurred in a rumor to be dating with YouTuber; Logan Paul. They were seen together in a basketball game in January, both wearing yellow jumpers. It started in December 2018 in a podcast, Impulsive when he stated that Corinna didn’t like him but on the other hand, he loved her.

Likewise, he even stated that we were merely friends with benefits and indeed implied she has slept with many other Youtuber. Responding to Logan, she tweeted “damn some men are so disrespectful in the way they talk to women… your mother would be so proud:,)” on February 20, 2019. However, it has shut down and currently, she is controversy-free and is maintaining a clean image.

No doubt, Corrina is a beauty. Corinna is fond of tattoos and piercings. As a result, she has eight piercings and four tattoos.  There are four piercings on her right ear, three on her left ear, and a belly button piercing. The tattoo on her inner lips reads “J. Nash”. The next one is “David’s Vlogs” on the middle finger of her right hand. She has a tattoo of the ace of hearts on her wrist and a tattoo on her foot that reads “You are stronger, I Love You.” The tattoo is dedicated to her deceased brother.

She has blue eyes and blonde hair. 5 feet 5 inches in her height and weighs about 52 kilos. 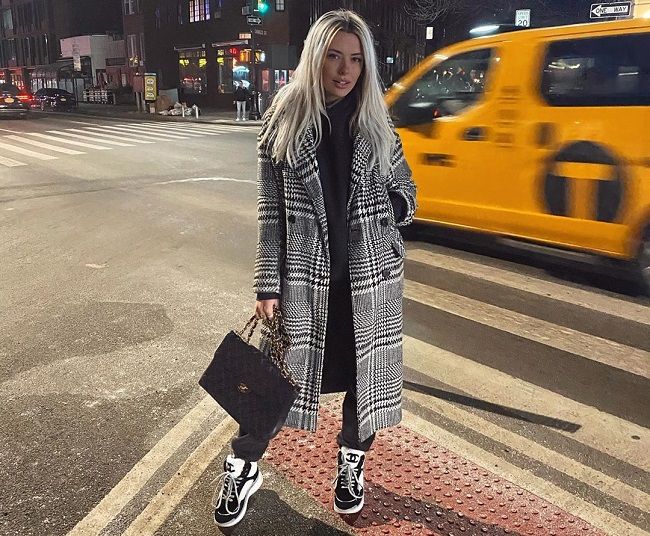 Corinna is open to all her social media accounts. She started her career as an Instagram star on August 18, 2012. On 3rd June 2016, she started uploading videos on her YouTube channel. She has 1.66 million subscribers on her YouTube channel, over 4.6 million followers on her Instagram, over 1.2 million followers on Twitter, and 307k followers on Facebook. She has also provided an official email address for directly contacting her and that is [email protected]

The report produced by Social Blade, her yearly income is between  $5.8K – $93.5K. Her net worth estimates at around $400 thousand.