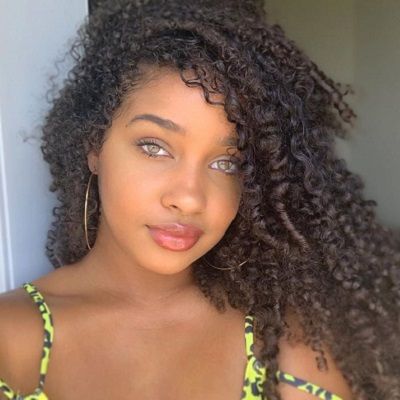 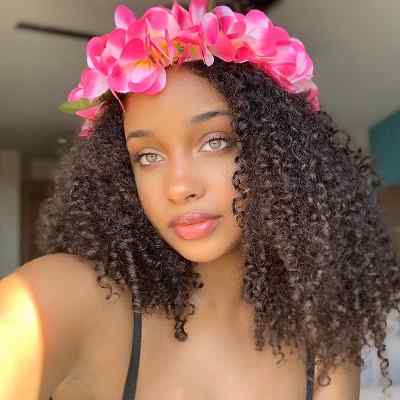 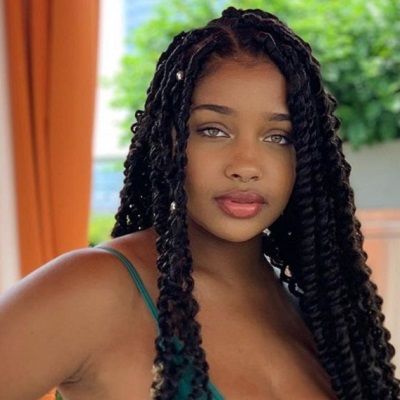 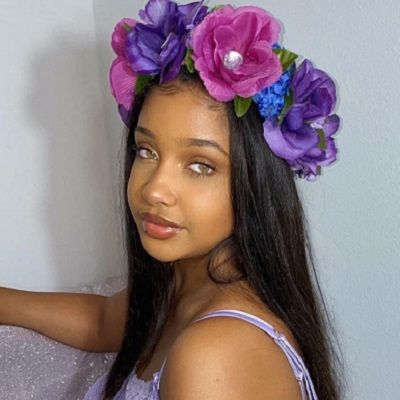 Corie Rayvon is an American model who became known for her relationship with web video star Khalil Underwood. Corie Rayvon has an individual YouTube channel where she posts beauty-related content, reactions, pranks, and challenges.

She moved to Los Angeles in 2015 to pursue modeling and acting. Moreover, most of her family members are from Texas, except her mother, who is from California.

As a child, she was nicknamed “Poopie” or “Poopie Doop.” She is of mixed descent and has black, white, and Hawaiian roots.

She developed an interest in makeup after junior high school. Therefore, her sister did her prom night makeup, which she liked to the core.

Moreover, she graduated from Pearland High School six months early. And, after graduating, she became friends with singer Jilly Anais.

In 2015, she attended nursing school. Moreover, as a child, she aspired to become a pediatrician or a veterinary doctor.

Further, her sources of inspiration include model Amber Rose and singers Zendaya, Beyoncé, and Rihanna.

They celebrated their New Year 2018 eve together. However, as of now, they do not seem to be together anymore.

Both of them have not posted a single photo on their Instagram post. However, they decided to separate and walk in different ways after dating for some years.

Still, they sometimes collaborate and are still in a good relationship despite their departure. 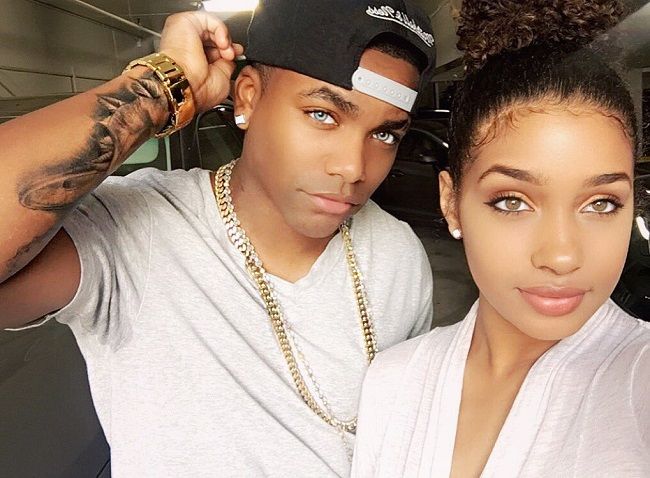 At such a young age, Corie has achieved undeniable success. Right now, she is one of the famous social media personalities.

There is no doubt that she is going to accomplish an extraordinary feat on the internet in the future. As of 2020, she sits on an estimated net worth of around $1 – $5 million, which is quite impressive.

Corie began her career after she moved to Los Angeles in 2015. She moved from her hometown to make a career in acting and modeling.

As a model, she has modeled for Loungewear, done ads for Sugar Bear Hair and BrighterWhite teeth whitening and she is the brand ambassador for Icon Swim.

However, she later chose social media to start her career.

She is a good friend of upcoming singer and social-media personality Jilly Anais, with whom she created a collaborative ‘YouTube’ channel on January 9, 2016.

Named ‘Bestfriend Diaries,’ the channel hosts content related to fashion and beauty, along with challenges and pranks.

However, the channel has very few videos and has not been able to earn too many subscribers.

She created her first solo YouTube channel on May 14, 2016, and about a week later, she posted her first video, ‘My Curly Hair Tutorial.’

She later stated posting reaction videos, challenges, pranks, and storytimes. Her viewers love her gorgeous looks and luscious curls. The channel now has over 603 thousand subscribers.

At a point in her career, she was no more interested in filming pranks and challenges and wanted to explore new types of content. Hence, she turned toward collaborations. 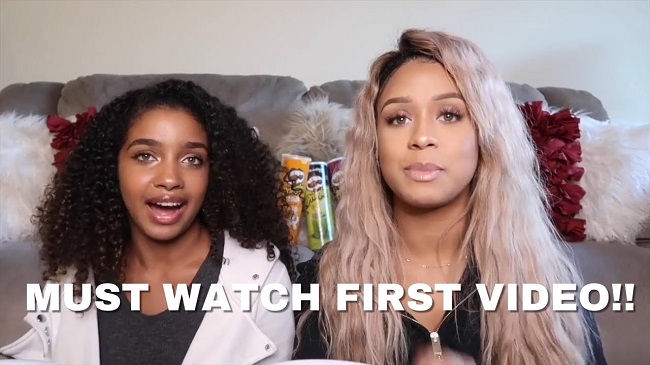 Her relationship with popular recording artist, comedian, and internet sensation Khalil Underwood has always been in the spotlight.

She co-owns a channel with Khalil, named ‘Khalil And Corie,’ which was created on October 19, 2017.

Their relationship has always been in the spotlight. Following their breakup, she and Khalil rarely posted any videos.

In 2018, the couple announced their reconciliation and stated they might come up with more projects in the future. They are also planning to create a gaming channel.

She is quite popular on Instagram, where her breathtaking pictures have earned her over 922 thousand followers.

Her second Instagram profile, in collaboration with Khalil, has earned over 56.5 thousand followers. The couple has made the account private.

She is a black beauty for real. Corie stands at a height of 5 feet 5 inches tall and weighs around 60 kg. Being a model, this American lady is conscious of her physical appearance and fitness.

Moreover, she has a fantastic hourglass body that comes to measure 36-25-35 inches, which is a perfect figure for a bikini body. Moreover, she wears a shoe size of 6 (UK).

To maintain such an attractive and hot physique, this lady hits the gym regularly, where she follows some intensive workouts.

As well as, this hottie eats a healthy and fresh diet daily. On top of that, she is incredibly blessed with a pair of captivating hazel eyes as well as pretty curly-black hair

. Her beautiful hair plays a considerable role in completing her physical appearance.

She is a true dog lover. She once owned a dog with Khalil. She is extremely fond of Mexican food. She also loves sausage pizzas.

She describes herself as a low-key nerd. She likes to read before going to bed. She loves documentary shows.

She is terrible at texting. She is a computer nerd. She loves working on various photo-editing and video-editing tools and programs.

Similarly, Pink is her favorite color. She hates loud and obnoxious people, as she is a very quiet and mellow girl. Moreover, she dislikes liars and people who do not stick to their commitments. 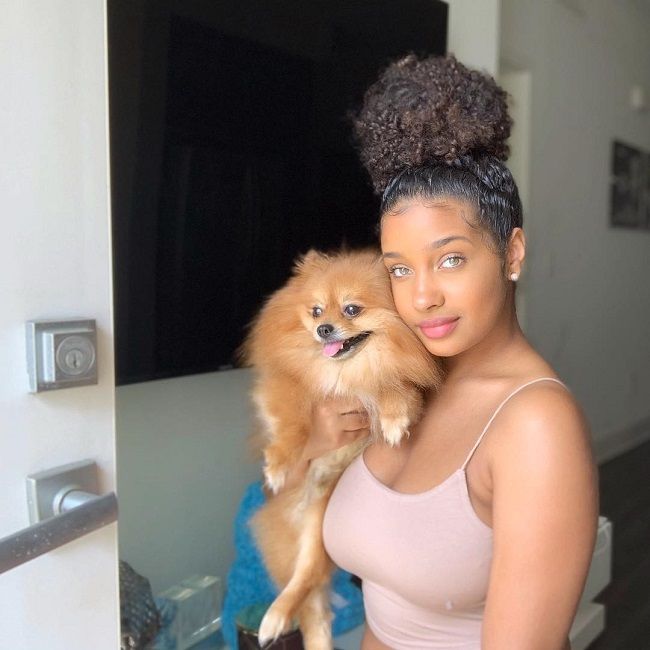