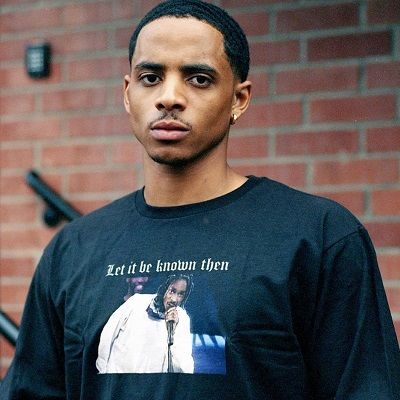 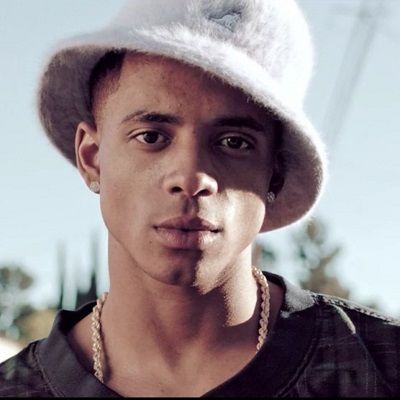 Cordell Broadus is an American Instagram star who is famous as the son of rap star Snoop Dogg.  Cordell Broadus has also gained fame as a highly-touted wide receiver prospect in the 2015 high school class.

Cordell Broadus is 24 years old as of 2020. He was born on February 15, 1997, in Los Angeles, California under the astrological sign Aquarius. He was born to Shante Taylor and Calvin Cordozar Broadus Jr. His father has hosted multiple shows like Doggy Fizzle Televizzle, Dogg After Dark, and Snoop Dogg’s Father Hood and her mother works as an entrepreneur and philanthropist. He grew up in Las Vegas, Nevada. Looking up to his Instagram handles, he keeps on posting a picture with his mother that seems he is very close to her mother.

He has a brother named Corde Broadus and a sister named Cori Broadus. Similarly, he has also a half-Brother Julian Corrie Broadus. Further, he holds an American nationality and mixed ethnicity of Afro-Americans. He belongs to the Christian religion. 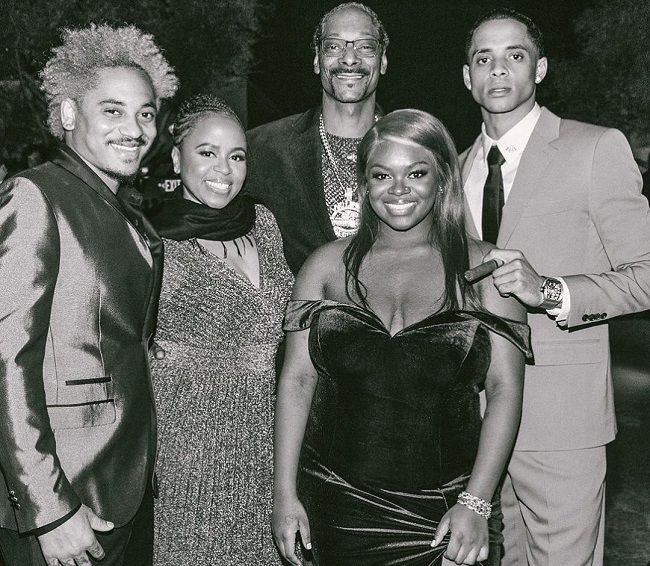 Caption: Cordell Broadus posing along with his family (Source: Instagram)

Moving toward Cordell Broadus’s educational background, he attended Bishop Gorman High School. Likewise, he has got the highest qualification graduate with a Bachelors’s degree from The University of California.

Talking about Cordell Broadus’s professional life, he started his football career during his school days. He has received many offers from best universities such as Florida State, LSU, Duke, Notre Dame, and Washington State. Likewise, his father Snoop also had been keen on his son playing football for USC but he chose UCLA and played for the college team for many years.

His father encouraged him to rise popularity playing sport and become one of the top prospects in the country. And also he believed that his son would play in the NFL. But the younger Broadus didn’t think that was his profession in the future. However, he was playing football to impress his father as he thinks its the only way to impress him. And also, he thinks “he loved me for me and I should love myself.”

Later at the age of eighteen, he took retirement from his work to do work of his interest. He pulled out himself away from football but still remained a student at school.

Cordell dropped his football career to pursue his career of own interest. So, he joined Film School Productions to fulfill his dream to became a filmmaker.

Then, he directed music videos for his father and did work as a screenwriter, make short films. He even worked on his undergraduate degree in film at UCLA. Nonetheless, he dropped his studies to plunge into the fashion industry.

Being a celebrity kid, it’s not quite amazing to enter the fashion business as models. But he did it adversely in a way that patted into his creative and bold genius. He also worked for streetwear brand Joyrich as a creative director whose brand is famous for celeb fans like Kim Kardashian West and even Snoop. Therefore, he has even designed collections encouraged by his father, as well as a retro athleisure line inspired by NBA Hall of Famer Allen Iverson. He has also appeared in his dad show several times.

Further, he has also created his Instagram account where he uses his own star power to model Joyrich’s production. So, he also gained a lot of fan followers over there. He has modeled for Tommy Hilfiger and Dolce & Gabbana and also starred in campaigns for MCM and Kenneth Cole.

In addition, he also co-founded his own music and film production entities. It proved that he has the entrepreneurial skills of his father. He is currently co-founder of  @realqueensoun and @filmschoolproductions. Further, he has also signed a contract Wilhelmina Models.

Speaking up on Cordell Broadus’s earning, he is a famous media personality who has earned a quite decent sum of money. He has been living a lavish lifestyle being a celebrity kid. However, he has not disclosed his earning on media sites but some online resources estimated his net worth to be around $1 million-$5 million. 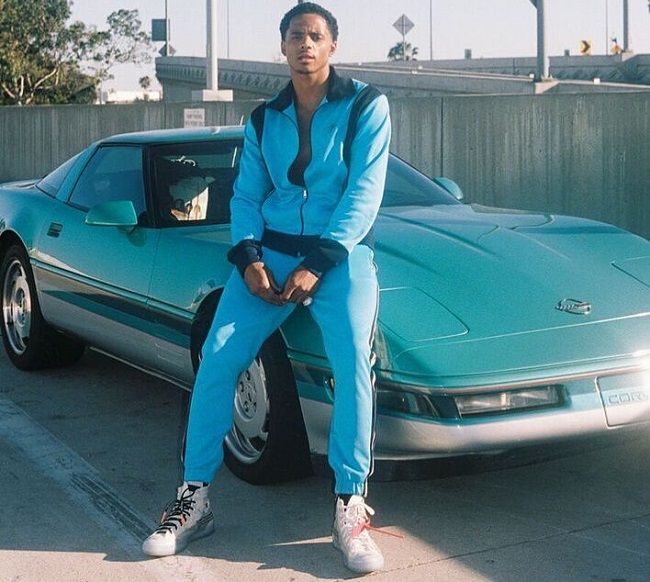 But talking about his father who is a West Coast-based rapper, actor as well as media mogul has estimated net worth of around $135 million. He is one of the most successful and richest rappers amongst the rap scene of the 1990s.

What is the relationship status of Cordell Broadus? Who is his girlfriend?

Reflecting on Cordell Broadus’s relationship status, he is in a relationship with Phia Barragan. They seem to be very close to each other. However, the couple just revealed their relationship after her pregnancy as expecting a child in 2019. 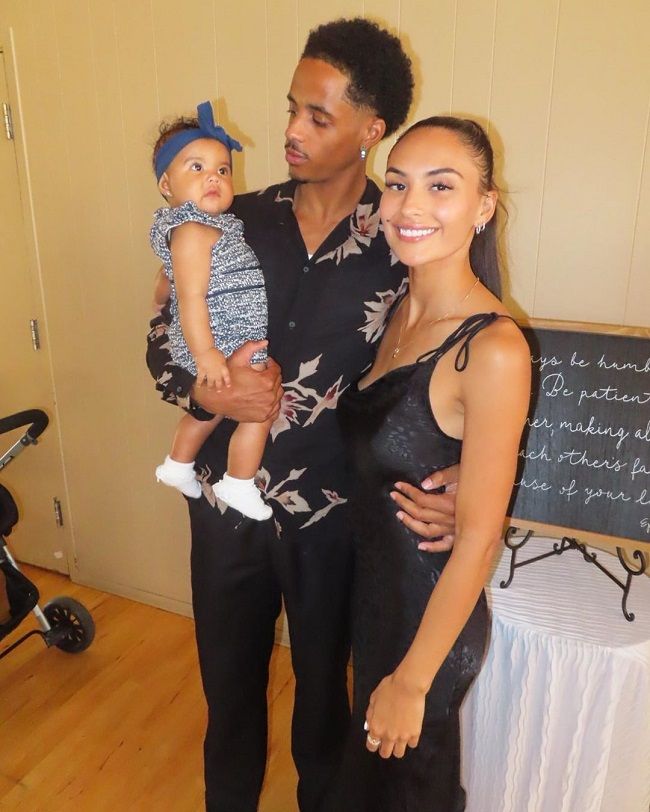 Caption: Cordell Broadus posing along with her girlfriend and daughter (Source: Instagram)

Similarly, he has a daughter with her girlfriend who was born in 2019 but has not revealed her exact date of birth as well as her name. She is the third grandchild of Snoop. He keeps on posting a cute picture of her daughter on social media handle. Likewise, he posted a picture of her girlfriend posing along with his mother captioning Real Queens.

Working on the fashion industry, he was criticized recently for his look on social media sites. Recently, he shared a picture of himself wearing a pink, flowery blouse, makeup, and earrings. While many of his fans loved seeing him rock a feminine concept with confidence but also got trolled as in the comment section questioned if he was gay. He has also been suspended for punching one of his rival’s team in 2013. Further, he was not involved in further controversial acts as well as has maintained a clean image. 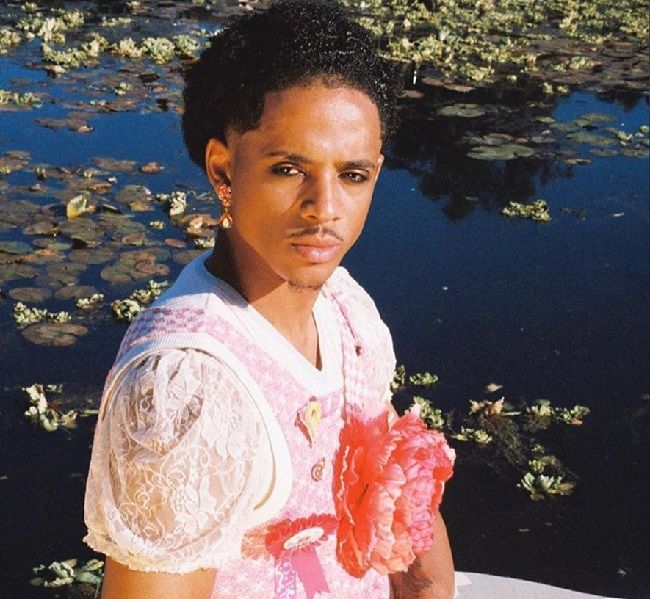 Cordell Broadus has a good personality with a slim body type. He has an athletic body type with perfect body measurements. His height is 1.91 m (6’2″) and weighs around 86 kgs. Likewise, he has black hair color with a pair of black eyes.

Being a social media personality, Cordell Broadus is socially active on media sites, especially on Instagram. He has joined Twitter in February of 2013 but not active recently on that account. On Instagram, he goes by @cbroadus handles with more than 785k followers.