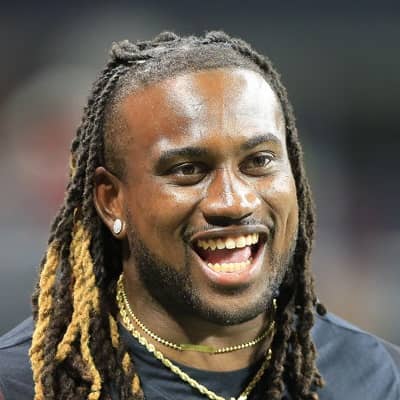 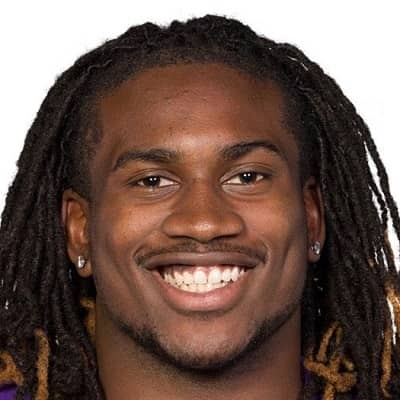 Cordarrelle Patterson was born on March 17, 1991, in Rock Hill, South Carolina, United States. He is 31 years old (as of 2022) under the zodiac sign Pisces. Talking about his nationality, Patterson is an American and follows the Christianity religion.

Regarding his family background,  he was raised by his single mother, Catherine while the name of his father is not mentioned. He also has two younger siblings: Charles (brother) and Crystal (sister). 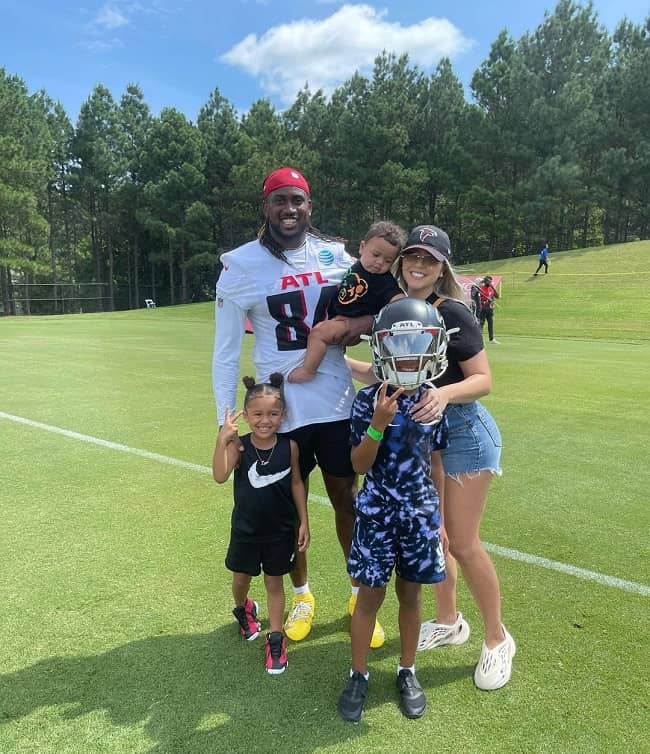 Speaking of his academic qualification, he completed his primary and secondary education at Northwestern High School in Rock Hill, South Carolina. After that, he joined the University of Tennessee.

Talking about his career, he started playing football during his high school days. He took the school team to the State Class 4A Division II Championship. Moreover, he remained at North Carolina Tech Preparatory Christian Academy for a moment after graduation for a post-graduation session.

Later, he switched to Hutchinson Community College in Kansas, entering the junior college football team there. Patterson made it to the NJCAA All-American team in 2010 and 2011. He was also titled with the return specialist honor in his freshman year in which he had 21 combined kickoff and punt returns.

His brilliance had reached all over the nation during his record-breaking days at Hutchinson. In 2012, Patterson joined the University of Tennessee. There, he played as a wide receiver showing his versatility as a running back and return specialist. He put the college’s record for the most all-purpose yards (1,858) and crowned the Southeastern Conference.

Ultimately, he made an early end of his college for the NFL draft in January 2013 with few other teammates. The Minnesota Vikings encroached Patterson in the first round of the 2013 NFL Draft with a draft-day trade with the New England Patriots.

In September 2013, he made it to the NFC Teams Player of the Month. Overall, Patterson made 45 catches in his rookie season, covering 469 yards along with five touchdowns. 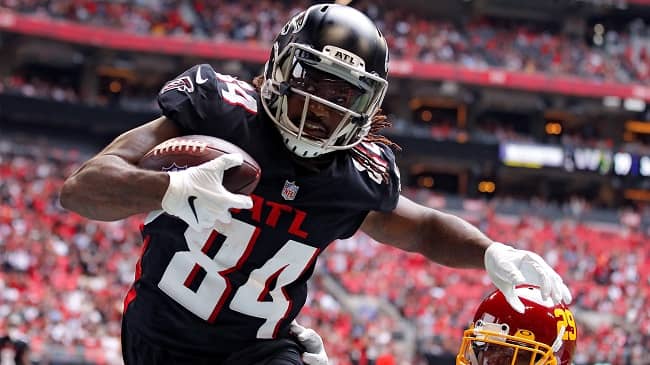 Furthermore, In March 2019, he joined the Chicago Bears. Patterson made the Bears’ debut in their season opener against the Green Bay Packers, where they lost by 10-3.

In 2019 he made the most kick return yards of 825 and the second highest yards in the whole NFL per return of 29.5. Later, on April 15, 2021, the wide receiver signed a one-year contract with the Falcons. Currently, he is playing with the team.

Cordarrelle Patterson has earned a huge amount of money throughout his football career. His estimated net worth is around $5 million as of 2022.

Speaking of his love life, he is currently in a relationship with Taylor Quick. They met in 2013 while he had just signed for the Vikings. Together, they were blessed with three children, two sons, and a daughter.

In 2013, their first son, Avian was born. Similarly, in March 2018, their second child, Zyana was born and in January 2021, Qoi Aiko was born. Moreover, the couple is planning to marry soon while raising their kids. 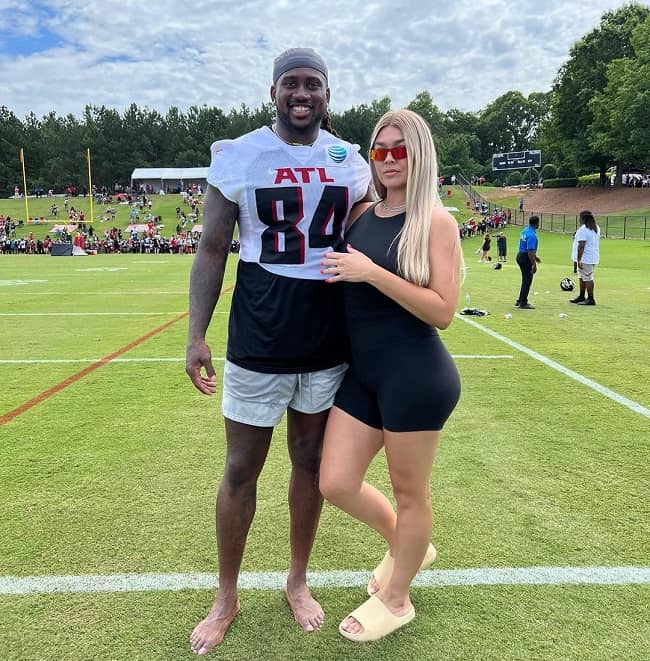 Cordarrelle Patterson is very handsome and attractive, undoubtedly. He has a very perfect height of 6 feet 2 inches (188cm/1.88m) and weighs about 108 kg (238 lbs). In addition, he has black pairs of eyes and black hair color.