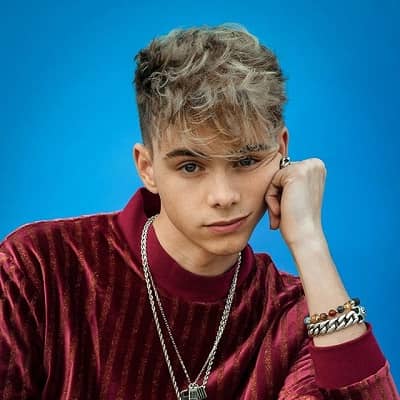 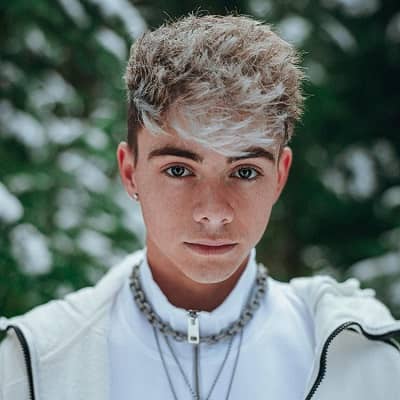 Corbyn Besson is a gifted American singer, musician, songwriter, and social media personality. Corbyn Besson became a sensation as a member of the American pop band, Why Don’t We. The band consists other four members along with him and they are Zach Herron, Daniel Seavey, Jack Avery, and Jonah Marais.

Corbyn Besson was born on November 25, 1998, and his birthplace is Texas, United States. Currently, he is 21 years old dashing personality. His Zodiac sign is Sagittarius. He was born to American parents and was upraised in Virginia, United States.

Corbyn’s father’s name is Ray Besson who was an Air force officer and mother name is Saskia Carolina Besson. He was raised with his two siblings named Jordan Besson and Ashley Mae Besson. From his childhood, he was very passionate about music and when his parents discovered his interest, they brought him a guitar. Hence, Corbyn was 12 years old when he got his electric guitar. 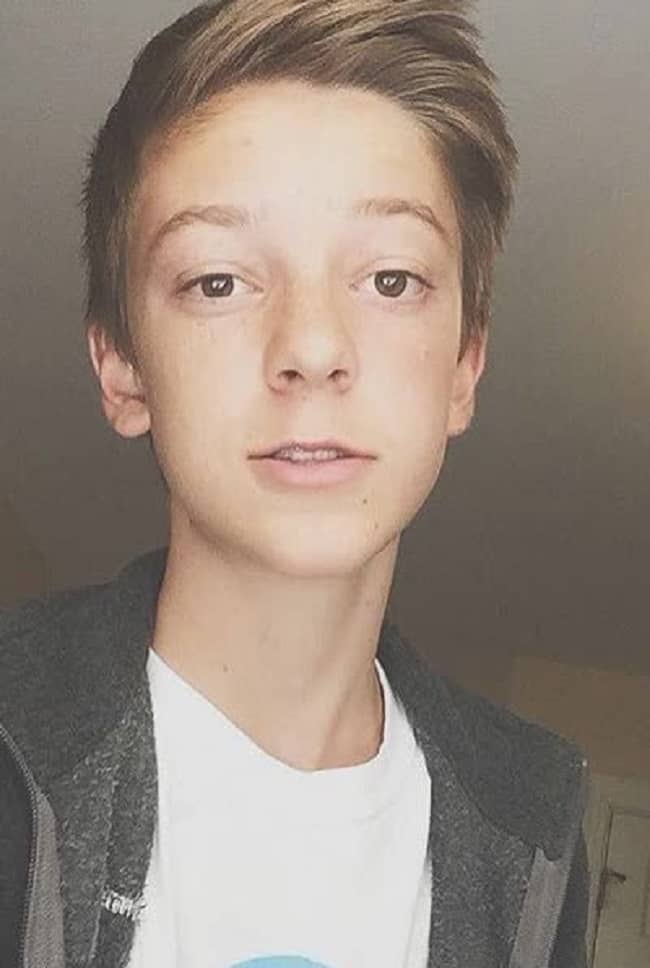 Furthermore, Corbyn belongs to North American ethnicity and has got American nationality. Talking about his educational background, there is no detailed information regarding his educational status but he schooled at Centreville High School. His university education is still not revealed.

In the initial phase, Corbyn made covers of hit songs sung by a renowned and popular present-day singer like Justin Bieber, Taylor Swift, and Selena Gomez. As already mentioned, Corbyn started developing his interest in singing at the age of 12. Corbyn wrote the lyrics for a solo single titled” The Only One” which incidentally was his first song. He uploaded the singles on iTunes and YouNow and ultimately the song created huge popularity on social media. He is a famous YouNow star with more than 100,000 followers. 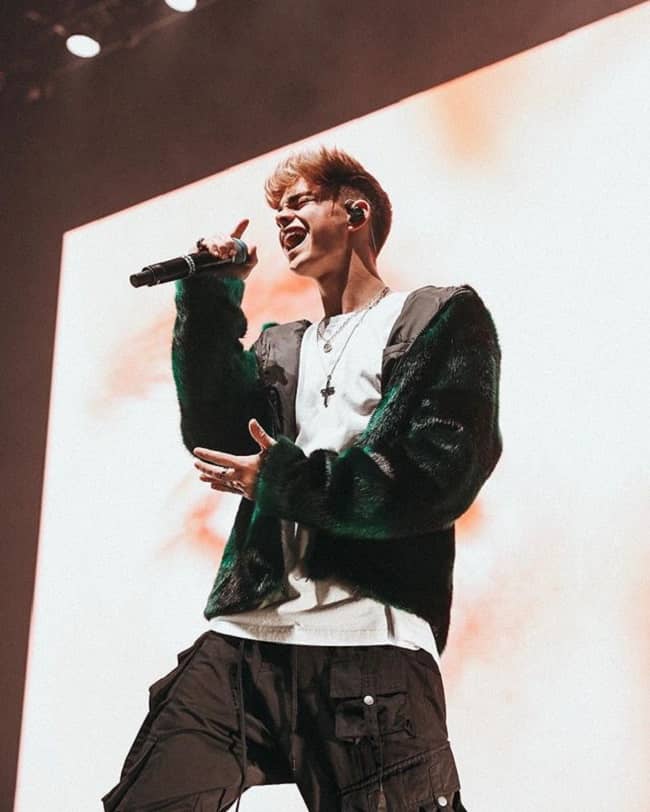 Following his debut song, Corbyn wrote a song called “Marathon” which also earned excellent reviews and popularity. He made a cover of the Jack Miller track, “First Flight Home” on SoundCloud and received a compliment from the latter for the perfect singing. The main uplifting point in his career as a musician came when he became a member of “Why Don’t We”, a pop band in 2017. Corbyn assist Why Don’t We when the band began its ‘Something Different Tour’ in the summer of 2017.

Since the formation of the band, the band has released one album which peaked at #8 on the US billboard 200, and the album has sold more than 50k copies.

Well talking about awards and nomination that the famous singer has achieved till today, Corbyn Besson, along with his band member of Why Don’t We have achieved a few awards and nominations. The band has nomination from Teen Choice Awards, iHeartRadio Music Awards, MTV Video Music Awards, and others too. They won the International New Artist Award at the 2018 BreakTudo Awards and the Choice Music Group Award at the 2019 Teen Choice Awards as well.

Corbyn Besson has earned handsome money from his singing career in his short career. The handsome singer’s net worth is estimated to be $250k US dollar whereas his salary is expected to be $15k to $20 k US dollar. Nevertheless, his other detailed property information is still unknown to the public.

Currently, Corbyn is unmarried but he is in a relationship with Christina Marie Harris – a gorgeous American YouTube Star who has a popular channel named, BeautyChickee. He found her at the age of 19 and they confirmed their relationship via twitter in 2016.

Till the date, she is the only revealed girlfriend of the handsome singer since he became a public figure. Nevertheless, he has no past relationship that has been revealed or publicize until now in the media.

The majestic personality has no rumors and controversy until now in his career. It seems that the young talented personality doesn’t prefer to include himself in any sort of rumors or controversy. WE can say that Corbyn has maintained his professional and private life in a balance.

The dashing star stands lanky at the height of 5 feet and 8 inches with a weight of 62kg(143lbs). Likewise, Corbyn has got greenish blue eye color and dyed blond hair color. Going more detail about his physical measurement, his biceps size is 13, and the body figure is 40-30-35. Besson’s shoe size is 8 (UK) and has got two tattoos on his right hand. 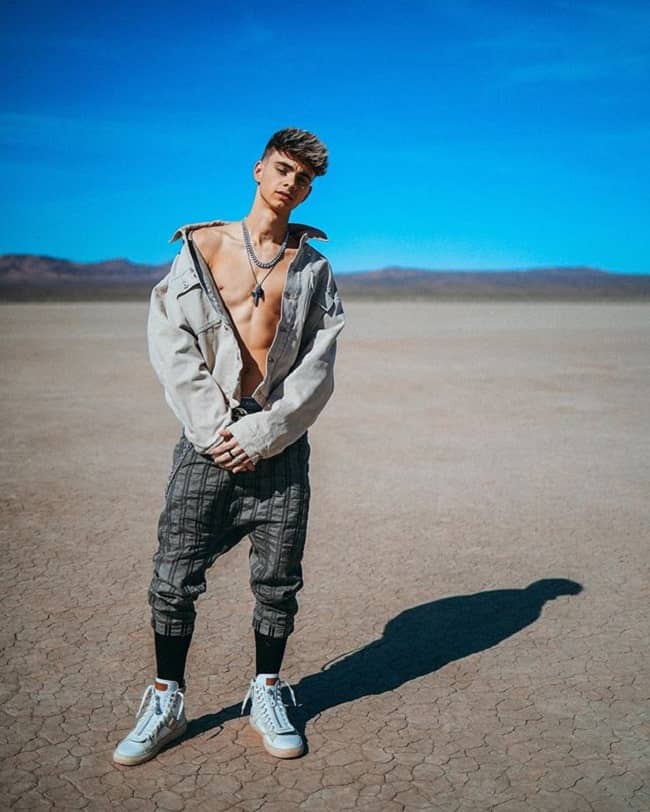 The Star has is highly popular and is one of the most active personalities on social media. Corbyn has 857k followers on Twitter under the username @Corbyn. WHY DON’T WE. Also, his Instagram account is @corbynbesson and has 2.1m followers and has also got a YouTube channel under his name i.e. Corbyn Besson which has 193k subscribers.