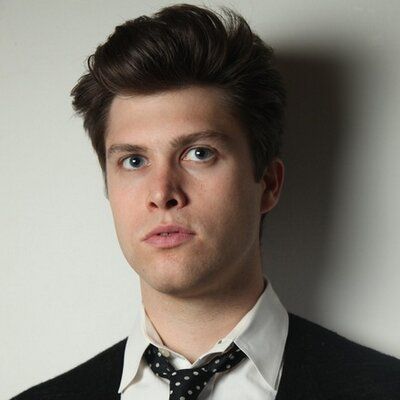 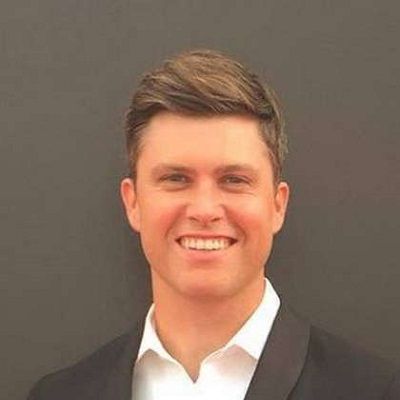 Colin Jost is a famous American comedian, writer, and also actor. Colin Jost is well-known as a writer for Saturday Night Live since 2005. Moreover, he has also been the writer for “Weekend Update” since 2014.

Colin Jost’s full name is Colin Kelly Jost. He was born on June 29, 1982. Currently, he is 38 years old. The American actor was raised in his birthplace, Grymes Hill. It is the neighborhood of Staten Island, New York. His horoscope is Cancer.

Similarly, he has is the eldest one of the two siblings. His brother is Casey Jost and he had a role in Staten Island Summer. Casey is also a writer for Impractical Jokers. He was born to mother Kerry J. Kelly and father Daniel A. Jost. His mother was the chief medical officer for the New York City Fire Department and his father is a former teacher at Staten Island Technical High School.

Furthermore, he holds the nationality of an American and he was raised in a Roman Catholic family. There is no information regarding his ethnic background. 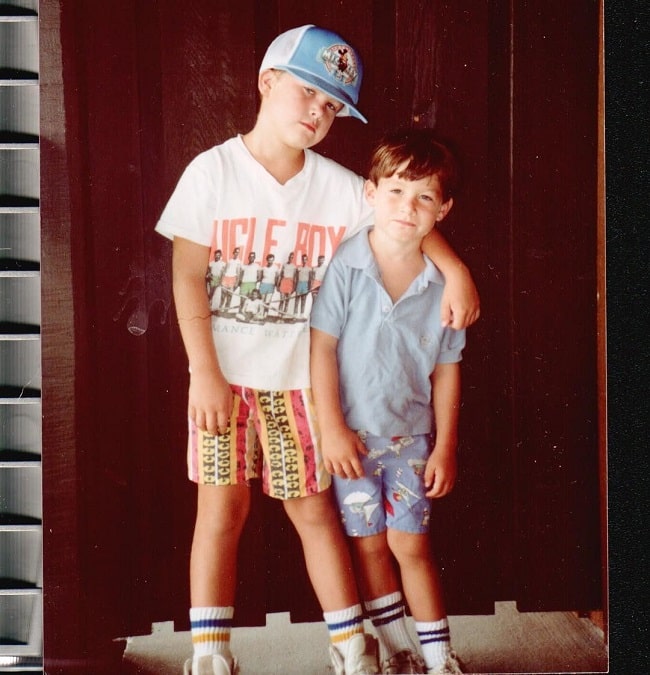 Caption: Colin Jost and his brother Casey during their childhood. Source: Instagram

Additionally, he was the student of Regis High School. The school is located in Manhattan where he was the editor of the school newspaper The Owl. In a similar manner, he was also the president of the Harvard Lampoon in Harvard University. At Harvard, he studied the History and Literature of Russia and Britain. Moreover, he lived in Greenough Hall during his initial time/freshman at university.

Consequently, the brilliant writer’s career started when he won $5250 on a college edition of Weakest Link. As a result, he was selected as a writer at NBC’s Saturday Night Live (SNL) in 2005 after his graduation. To clarify, Jost performed for three years from 2009 as an SNL’s writing supervisor. Latterly, from 2012 to 2015 he was a co-head writer. He also regained that status in late 2017.

He also at times collaborates with a fellow SNL co-head writer Rob Klein. Executive producer, Lorne Michaels, asked Jost if he could do the Weekend Update feature. It was during the summer hiatus following the 2012–13 season. Accepting this request means replacing the co-anchor, Seth Meyers. Seth would soon be leaving to host Late Night With Seth Meyers. Hence, Jost accepted the executive’s request and replaced Meyers on 1 March 2014,.

Importantly, the all-rounder celebrity has many names as an influencer in his life. He considers Norm Macdonald as a primary influence for his “Update” anchor work. This was because Macdonald’s tone was the one Jost grew up with in high school. Tina Fey was another effective influencer. 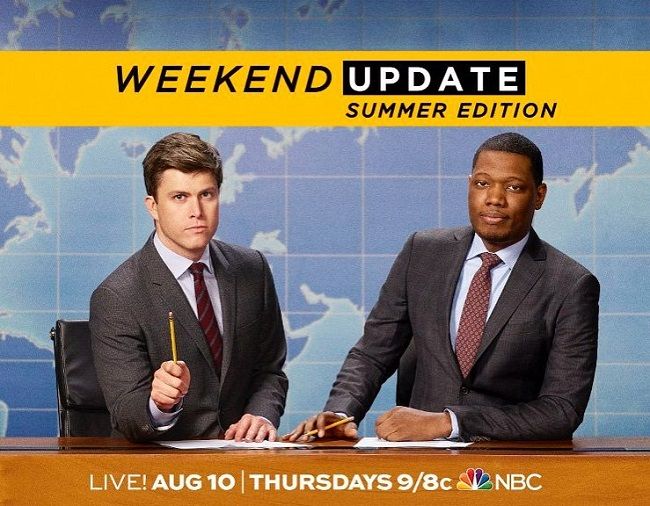 Therefore, he has appeared at the Chicago Just for Laughs festival in 2011 and 2012 and also the Montreal festival in 2010 and 2012. In  The New Yorker magazine, Jost has published three “Shouts and Murmurs” pieces. The New York Times Magazine, The Huffington Post, The Staten Island Advance and Radar are the other magazines  and newspapers where he writes.

Above all, Jost wrote the screenplay and even played a minor role in the 2015 comedy film Staten Islan Summer. He participated in a small role as Paul in the 2016 romcom feature How to Be Single.

Likewise, Jost together with Green Bay Packers quarterback Aaron Rodgers made their appearance in an advertising campaign for Izon in 2018. He partnered with Michael Chee and came into view in the episode of WWE’s Monday Night Raw on March 4, 2019. They both were announced as special correspondents for WrestleMania 35 on April 7.

In the same episode, the duo got involved in a storyline with wrestler Braun Strowman. This eventually resulted in both Jost and Che becoming participants in the André the Giant Memorial Battle Royal at WrestleMania.

During the event, Jost and Che went under the ring for the majority of the match. They tried to eliminate Braun Strowman while he was trying to do the same to the Hardy Boyz. Although Jost attempted to calm the situation by using his therapist, Strowman chokeslammed him and eliminated the comedians in quick succession. At the end, Strowman won the battle royal.

Consecutively, he won the same title in 2010 as well. Latterly, he won the award after seven years that is in 2017 and 2018. Definitely, there are so many nominated titles by the author. Primetime Emmy Award for Outstanding Writing for a Variety, Music, or Comedy Series from 2008 to 2018 is the nominations. He was included in the nominations of the Writers Guild of America Award for Comedy/Variety Series from 2011 to 2018. However, among those years he won in 2017 and 2018.

The writer’s net worth is estimated to be $6 million. As a main cast member and writer in Saturday Night Live, he earns $25000 per episode of SNL. Colin has been in the show since 2012. According to some sources, he makes at least one appearance on all twenty-one episodes per year. In addition, he makes around $525000 per season of SNL.

Subsequently, he has donated $100 to Buttigieg’s mayoral reelection campaign.

Scarlett Johansson is an American actress and singer as well. She is famously known for being the world’s highest-paid actress since the year 2018. She has also made multiple appearances in the Forbes Celebrity 100. Likewise, he was also friend and dormmates with the 2020 Democratic presidential candidate Pete Buttigieg before. 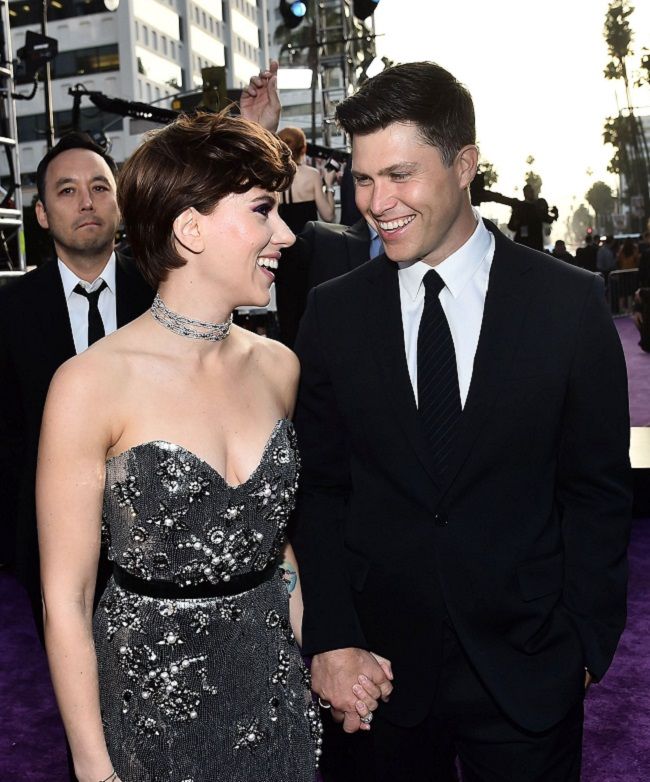 Specifically, the talented performer somehow involved in a controversy. The controversy became the gossip in the industry in April 2019. It occurred when Uproxx writer Steven Hyden published an article.

Furthermore, the height of the well-known writer is 5 feet 10.5 inches. Colin’s weight is 74 kg. He has blue eye color and dark brown hair. Talking about his body structure, he has a lean and fit body with a slim body structure.

For the most part, the 37-year old is active in the social media fields. He has 459k followers on Instagram, 20.7k followers on Facebook and 275.7k followers on Twitter. Further, he joined Twitter in August 2010 and he also has a Youtube channel with 1.15k subscribers so far.