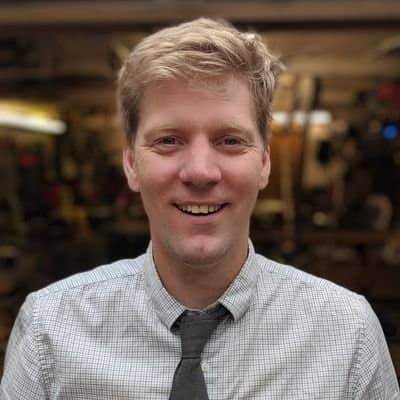 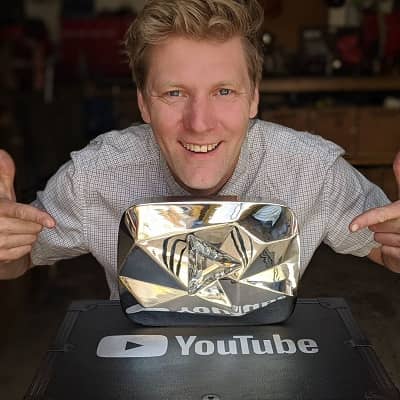 Colin Furze is a British YouTube personality, stuntman, inventor, and filmmaker. Colin Furze is a YouTube content creator of crazy inventions and project videos, some of which include The Jet Bicycle.

Colin Furze was born on October 14, 1979, in Stamford, Lincolnshire, England. His zodiac sign is Libra and he is 41 years old. He has an elder sister named Ellie Furze. Moreover, he attended Malcolm Sargent Primary School as a child until he transitioned into secondary school. By then he had already begun making underground dens and a few treehouses.

Colin became a plumber after leaving school at 16, which allowed him to focus on working on tools, gadgets, and engineering. Shortly after the death of his father, he discovered YouTube on which he shared his inventions beginning with his wall of death ramp in 2007. 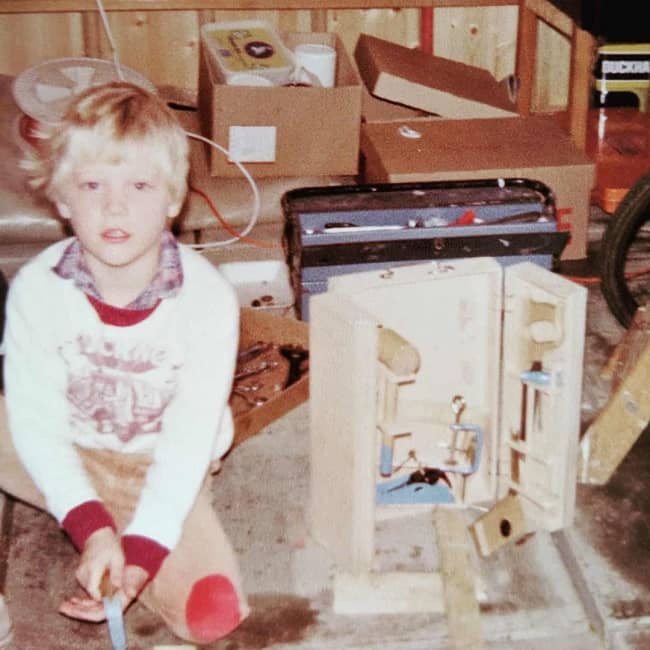 Furze uses his plumbing and engineering experience to build many contraptions, including a wall of death, the world’s longest motorbike, the world’s fastest stroller, and a jet-powered motorcycle made with pulsejet engines.

Certain projects he has undertaken have been funded by popular television and video game franchises for promotion. Including a spring-loaded hidden blade and grappling hook from the Assassin’s Creed franchise, and a bunker underneath his backyard to promote Sky1’s television series You, Me and the Apocalypse.

He first launched his self-titled channel in November of 2006 with his first post, titled Mr blobby, coming in February of 2007. Furze demonstrated his wolverine claws on a 2014 episode of Virtually Famous, presented by Kevin McHale. 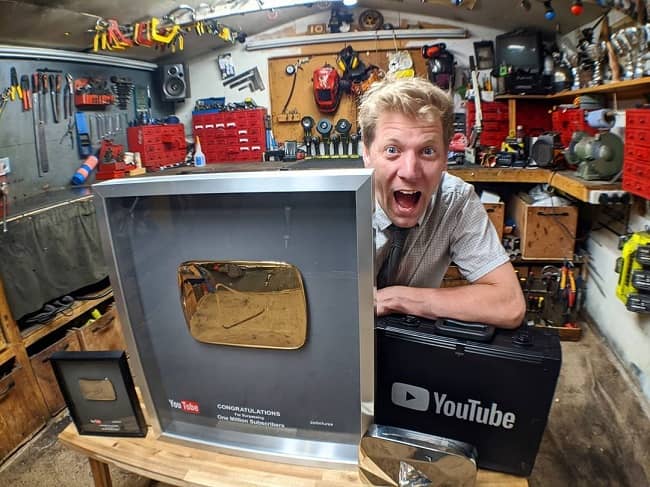 Furze’s many contraptions are publicized on YouTube. On 13 March 2010, he uploaded a video of his converted scooter, incorporating a flame thrower that could shoot flames up to 15 feet (4.6 m) in the air. On 25 March 2010, Furze was arrested by Lincolnshire Police, for possessing an object converted into a firearm. He was released on bail without charge the next day. This was Furze’s third attempt, as the first did not ignite, and the second burst into flames.

On 5 May 2014, Furze posted a video to kick off his 3-week long X-Men characters special by designing a set of realistic Wolverine claws based on a pneumatic system. Within its first week, it had received over 3 million views. Moreover, on 23 October 2015, Furze released a video showing off the start of a new multi-part build. In which he would construct a Hidden Blade to promote the new Ubisoft game, Assassin’s Creed: Syndicate.

Furze went on to make the Hidden Blade, a spring-loaded concealed blade that activates at the flick of the wrist with the help of a ring-triggered wheel mechanism, a rope launcher, and a winch device, all built onto a frame that fitted his wrist. In 2016, Furze created a “hoverbike” using two paramotors.

Further, In 2016, he completed a giant AT-AT garden playhouse followed by a full-size Kylo Ren Tie Silencer in 2017. In 2019, he completed a moving Landspeeder from the ‘Star Wars A New Hope’. The vehicle auctioned off on eBay with all of the funds going to ‘BBC Children in Need’. 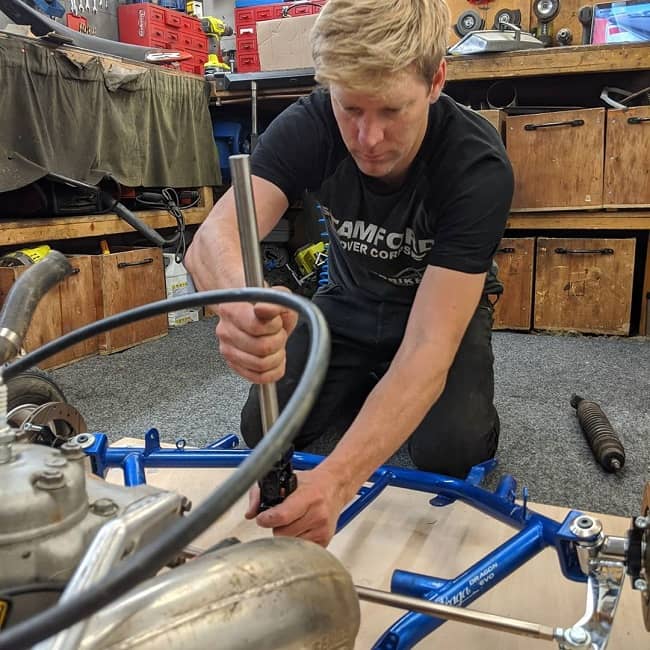 On 14 October 2010, it says that Furze modified a mobility scooter that can reach 71 mph (114 km/h) to try to enter the Guinness Book of Records. It took him nearly three months to build and has a 125 cc motocross engine.

On 10 October 2012, Furze posted a video showing a pram fitted with an engine which, if it travels over 30 mph (48 km/h), will make it the world’s fastest pram. Further, the baby carriage was featured in the October 2013 copy of Popular Science Magazine, when Furze was interviewed about the reasons he modded the pram.

Furze appears as one of the experts on Gadget Geeks, the Sky1 series. It focuses on technology and gadgets and was broadcast in January 2012. Furze has been ‘number one’ multiple times on the Science Channel show Outrageous Acts of Science. And has appeared on the E4 show Virtually Famous twice, demonstrating his wolverine claws on 28 July 2014 and again the following year showcasing the ‘toaster knife’.

Further, his inventions were featured on the 11 February 2020 episode of ‘Great British Inventions’ hosted by David Jason. Moreover, Furze authored “This Book Isn’t Safe”, a collection of projects intended for children and adults to recreate at home and spur an interest in engineering 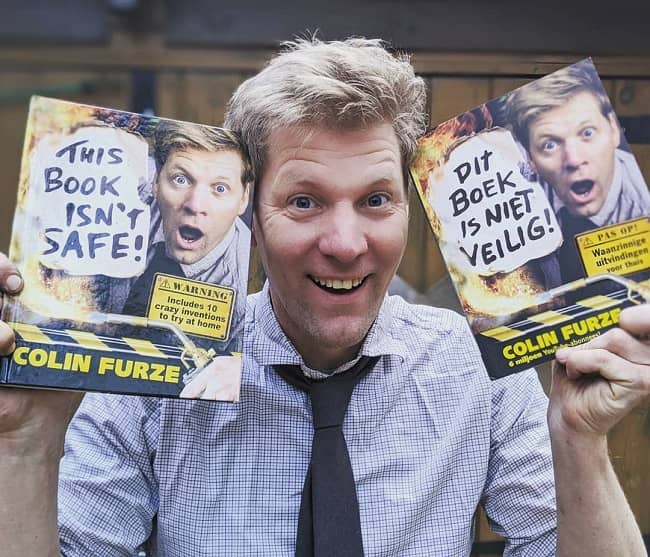 Furze is a married man. Therefore, he married to a beautiful lady named Charlotte Stapling. The two started dating in 2006 and had bought their first house together in 2009. They have a daughter named Erin and a son named Jake. They are often featured in his videos.

He is 5 feet 10 inches tall and weighs around 72 kilos. Furze has a toned physique, side-cropped, tousled hair, clean-shaven look, and has an affable smile. Moreover, he has blonde hair and a pair of blue eyes. 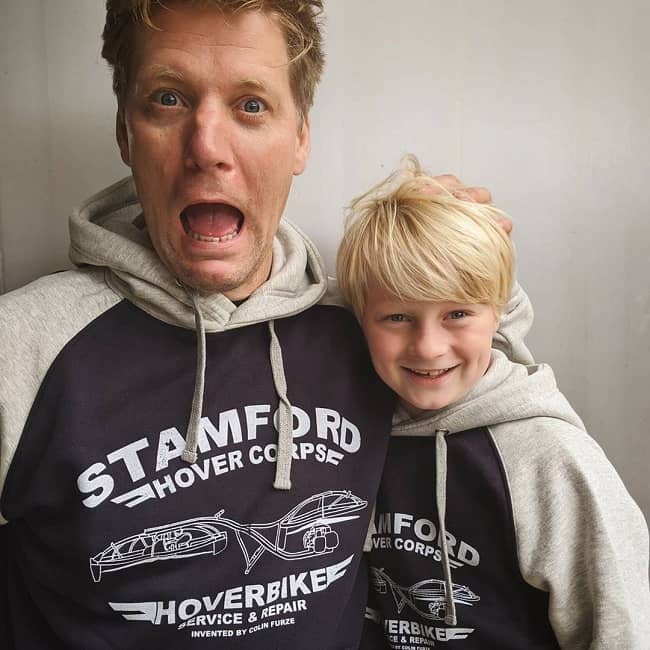 Furze has worked so hard to build his career. As of October 2020, he has incredibly accumulated a net worth of $2.2 million. His hard work, commitment outshines him from other persons in the industry.