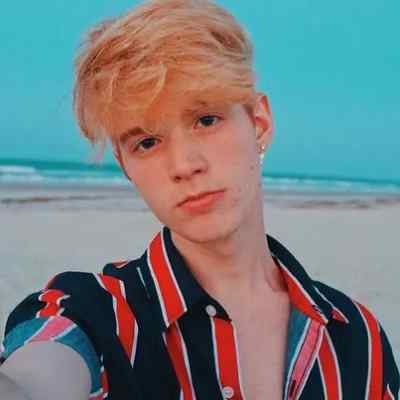 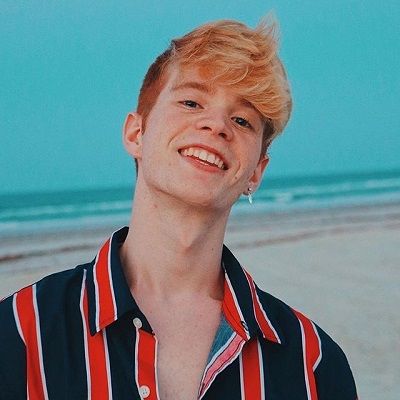 Cody, 21 years old, is an American Tik Tok star, Youtuber, Instagrammer, and Social Influencer who was born on August 17, 2001, in Chicago, Illinois, United States. He lives with his parents and three siblings. His father’s name is Rick Orlove and his mother’s name is Sue Orlove.

He has sisters named Alexa Orlove and Courtney Orlove and a brother Antony Orlove. His father is a Drummer and performer and his mother owns senior care and companionship business. Cody follows the Christian religion and belongs to White Ethnicity. His Zodiac sign is Leo. 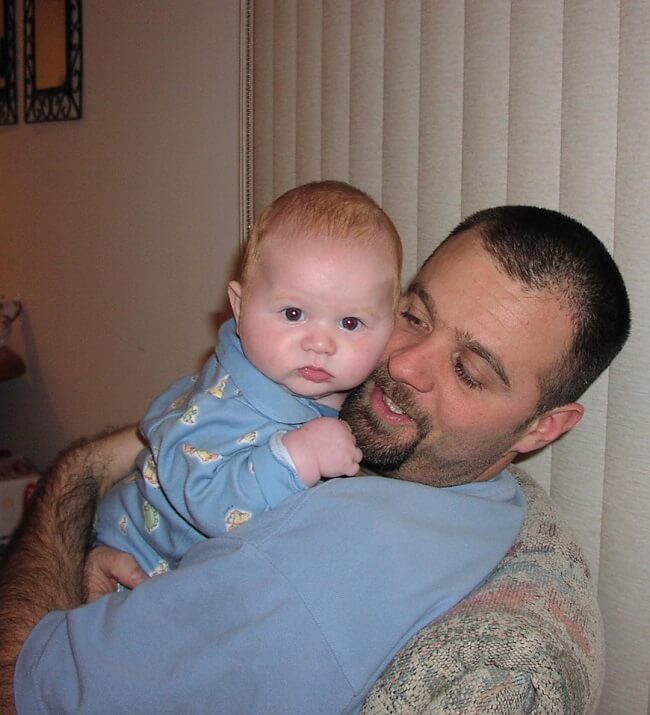 Caption: Cody Orlove on his childhood photo with his father (Source: Instagram)

Cody drops out of high school so that he can give full time to his social media career. He has not mentioned which school he used to study at.

Orlove is a teen star who has not been awarded yet but the talented star seems to achieve big soon. Cody has an estimated net worth of approximately 150k to 200k. He has a total view of 7 million on the internet so most of his Net Worth is influenced by his social media. He may charge around 10k to 15k for his Instagram post.

Cody started his career by live broadcasting himself on YouNow where he became popular for his lifestyle video, short clips, and his good looks. More and more young fans started following him on social media and he ventured into TikTok. This was his best career move to date.

His passion for covering songs combined with his dance skills gained the attention of almost 100k subscribers within months. Then after he started posting lip-sync and comedy videos on musical.ly later known as Tik Tok where he earns more than 4 million followers and over 179 million likes.

Around this time, Zoe LaVerne who was an Instagram star herself and who was on TikTok decided to follow Cody. She sent him a message wishing him luck and hoping he reaches the 100k mark. He decided to follow her back and the young duo became friends quickly.

The friendship soon turned into a relationship and both their fan bases comprising of youngsters and teenagers went crazy. Their popularity grew and they soon started collaborating on each other’s videos. Consequently, this was a great boost to their careers. The cute couple’s TikTok collaborations eventually led to Cody gaining over 1.9 million and Zoe getting more than 3.4 followers on TikTok.

He even gains the attention of 100k followers in the months. In July 2018 Cody has also started on the road acts name “Boys of Summer” recently where he tours with social media stars like Alex Guzma, Desiree Montoya, Zoe LaVerne, Dayna Conrique, and many other stars. 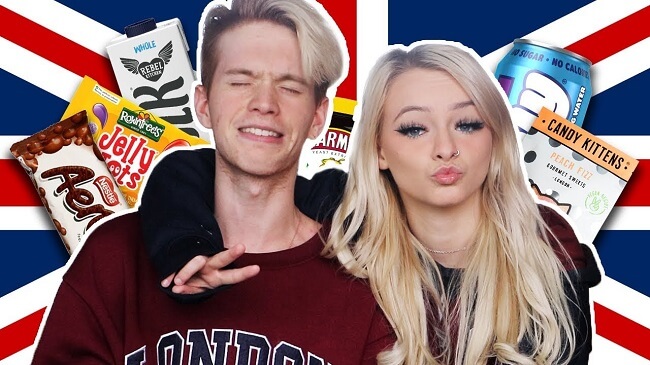 Although Cody’s primary focus has been on TikTok, the young star has taken his act on the road recently. The live performance and meet-up tour named ‘Boys of Summer’ started in July 2018. Appearing alongside the likes of other social media stars like Alex Guzman, Desiree Montoya, Zoe LaVerne, Chase Keith, Dylan Conrique, and many others, the tour has been a success so far. Fans of the couple Zoe and Cody, or ‘Zody’ were delighted to meet them.

After a successful Tik Tok channel, he started a YouTube channel name ‘C A O’ which have only seven videos and over 112k subscriber. Chapstick Challenge With Zoe LaVerne! (Too Crazy) is the most popular video on the channel with over 1.4 million views. He also posts prank videos like We Can’t See Each Other Anymore. Prank On Girlfriend! (ft. Zoe Laverne and Cody Orlove) in which he pretends to miss the bus to go see his girlfriend. The video was liked a lot by fans of ‘Zody’.

Similarly, on March 25, 2018, Cody created a second channel named ‘Cody & Zoe’ in collaboration with his girlfriend. The channel’s popularity has been astounding as since its inception it has already garnered more than 612k subscribers. The first video Zoe Laverne And Cody Orlove (Q&A) How I Asked Her Out, And How We First Kissed! was liked immensely by their fans.

The channel also features vlogs about their daily lives, their struggles as a long-distance couple, and funny prank videos. Cheating Prank On My Girlfriend With My Ex! (Gone Wrong), I Said My Ex’s Name In My Sleep! (Prank On Boyfriend!), and Cheating On My Boyfriend Prank! “He Got So Mad are some of the most popular videos on the channel gaining millions of views. (Too crazy), etc. He starts another YouTube channel with his Ex-Girlfriend Zoe named ‘Cody and Zoe on March 25, 2018.

The Channel is not active since the couple broke up. The couple was named Zody by their fan. Cody & Zoe have more than 1 million subscribers. He now runs a channel Cody Orlove which has more than 595,499 subscribers and posted more than 40 videos. Cody is also a singer, he debuts his first song in 2018 name positief which was later released By Myself, Holding up and featuring The Moy Boys 2019. He dropped his EP “My reality” on his 18th Birthday.

The Tik Tok star is in a relationship with Zoe LaVerne. Zoe LaVerne the Tik Tok star.  In between their relationship, the duo had a breakup with her 2-year-long relationship but again reunited. She admitted her boyfriend has broken Cody’s heart and cheated on Cody. The Tik Tok star cheated with her cousin’s boyfriend name Dawson Day. But Cody and Zoe seem to be good friends now and making the video together again. There were rumors recently that they are back in the relationship. Cody doesn’t seem to involve in any of the Controversy. 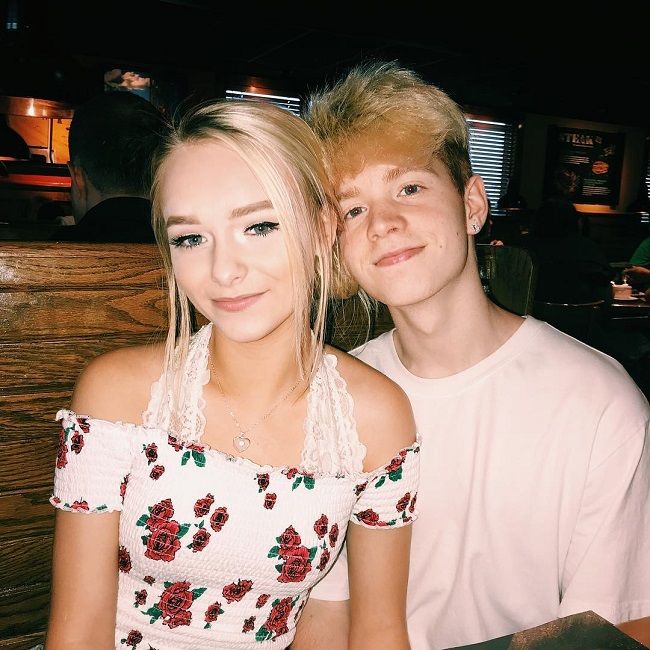 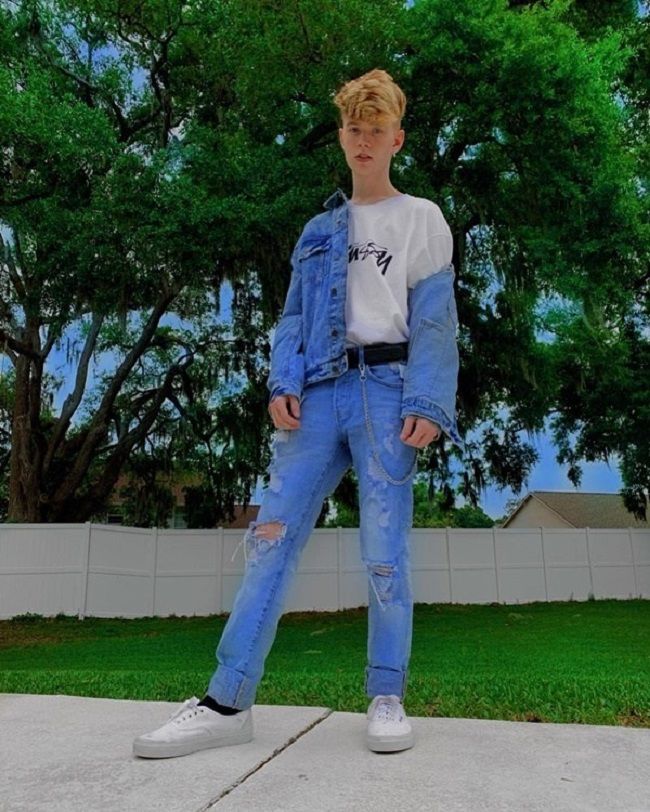