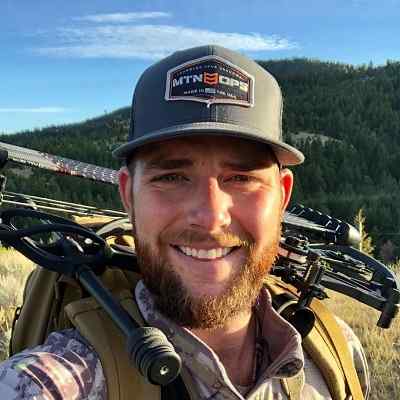 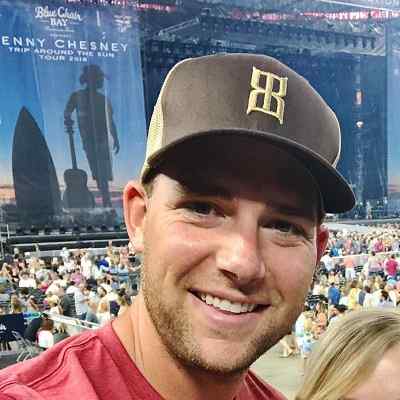 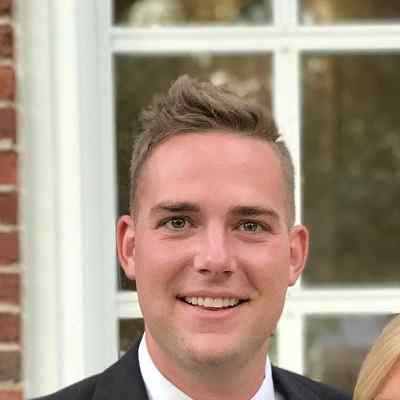 Cody Jones is an American Youtube star. Cody Jones is one of the five co-founders of the enormously popular YouTube channel “Dude Perfect”. Their famous Youtube channel is a sports and entertainment brand that specializes in trick shots and comedy. Likewise, their channel is the 12th most subscribed channel.

Cody Jones was born in Plano, Texas, USA, on October 9, 1987. He is 33 years old and his birth sign is Libra. He holds the American nationality.

The name and information of Cody’s parents are not available at the moment. Similarly, information regarding his other family members such as his siblings and others is also not available until now. It seems as if he likes to keep his family life and parents away from the limelight and social world. However, it is known that he loves spending time with his family. Moreover, Cody was born into a religious family and his family went to church every Sunday.

Regarding Cody’s educational background and qualification, he attended Texas A&M University to study finance and real estate to study finance and real estate. Likewise, as a high school student, he played basketball and was also part of the school’s basketball team which won the 2005-06 Class 5A State Championship for boys. And, by the end of high school, he entered a phase when he “stayed away from the Lord” and his attention apparently shifted more towards basketball and girls. However, three months later, he rediscovered religion. 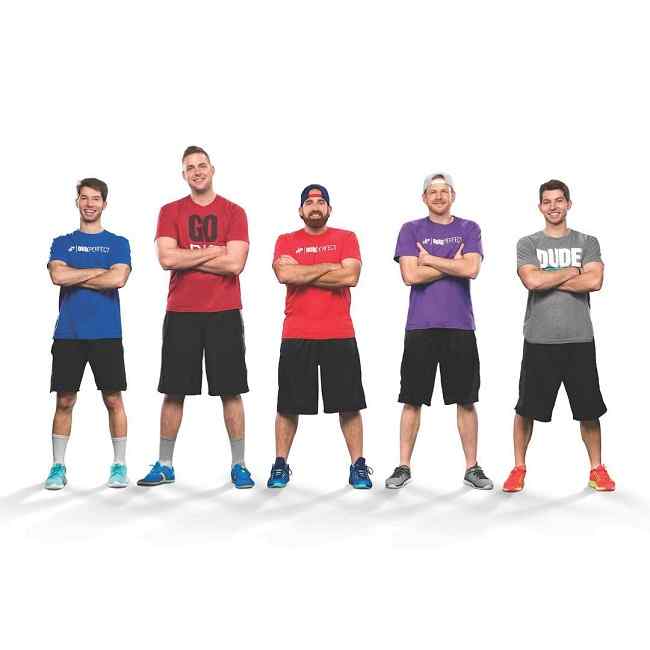 Caption: Cody Jones along with his friends (Source: Instagram)

Cody Jones was attending Texas A&M University when he met his future partners, twins Coby and Cory Cotton, Garrett Hilbert, and Tyler Toney. And, He first met the Cotton twins, while they were playing basketball at the university’s recreation center. Then, the twins invited him to stay in a house which they shared with Hilbert and Toney.

After graduating, Cody Jones briefly worked in real estate. Then, the five friends set up the channel under the name “Dude Perfect” on March 17, 2009, and has accumulated altogether 11,705,318,739 views until now. . Their first video “Backyard Edition”, featured them performing progressively more complex basketball shots in their backyard over a bet on sandwiches. The video was posted on April 8, 2009, and garnered over 200K views within one week. Realizing that they had something special there, Jones and others started to upload content on a regular basis.

Then, soon enough, professional endorsement offers and requests started to pour in. Likewise, the first request came from the then-Sacramento Kings player Tyreke Evans, who was then hopeful for the Rookie of the Year accolade. Then, in the subsequent years, they have also collaborated with the actors like Paul Rudd, singer Tim McGraw, Seattle Seahawks coach Pete Carroll and quarterback Russell Wilson, Ryan Swope, volleyball star Morgan Beck, Heisman Trophy-winning quarterback Johnny Manzie, and the US Olympics team. And, their official mascot is a panda.

Moreover, Dude Perfect has released a series of self-titled mobile games for iOS and Android. In September 2015, Jones and the others secured a TV series deal with CMT titled “The Dude Perfect Show” which is the series that began airing in early 2016. Moreover, at 6 feet 6 inches, Cody Jones is referred to as the “tall guy” by the fans.

Furthermore, the group set up another channel under the name “DudePerfectTV” on August 30, 2011, and has accumulated altogether 37,993,836 views to date. It is a vlogging channel. Moreover, they also have a third channel, “trickshots” which was surprisingly created even before the main channel, on June 5, 2006. And, it seems to be the least amount of activities. However, they are not active on both of these channels. They stopped sharing videos on these channels a long time ago. Also, these channels don’t have many subscribers, to begin with. 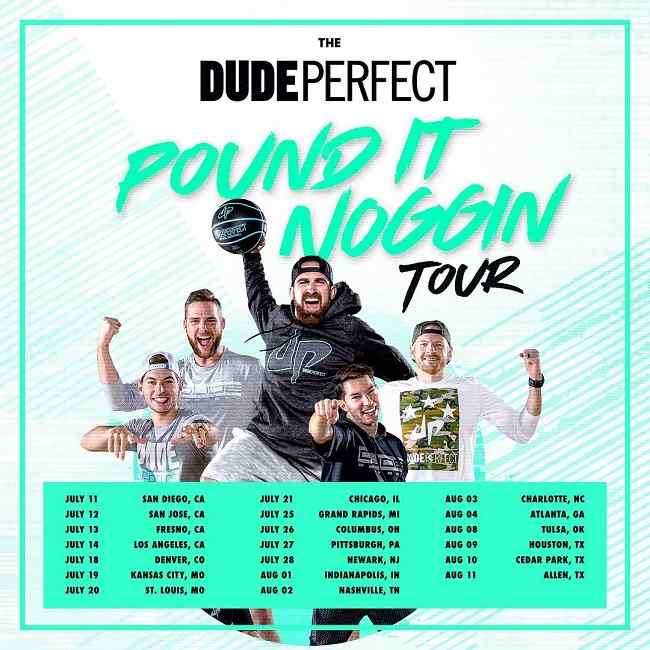 After completing his education, Cody Jones married his long-time girlfriend, Allison. They have two children and their names are Landry and Lucy. He has shared a lot of pictures along with his wife and children on his social accounts. Also, they are much appreciated by their fans. 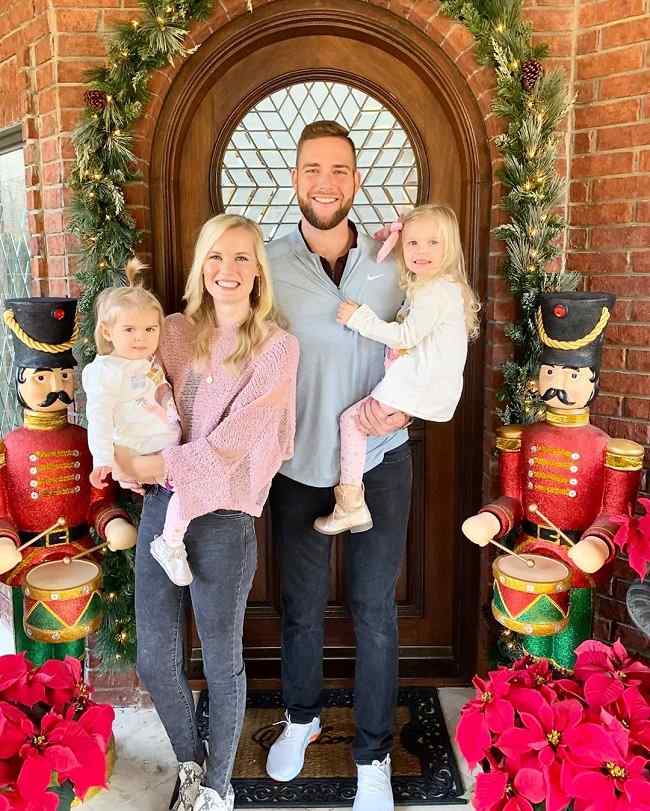 Caption: Cody Jones with his wife and children (Source: Instagram)

Cody Jones’s favorite TV shows are Sports Center, The Office, and any sport, and favorite movies are The Patriot, Top Gun, Gladiator, Remember the Titans and Inception. And, his dream Dude Perfect shot is a shot off the Burj Khalifa tower in Dubai. Likewise, Cody is a fan of the Dallas Cowboys, Dallas Mavericks, Texas Rangers, and Blake Griffin, and he would like to meet Blake Griffin, Chuck Norris, and Oprah Winfrey.

Moreover, if he could do anything, he would fly. His greatest moment was beating Tyler. And, as of episode 15 of “Overtime”, Cody Jones is now the only person to have not broken a Guinness World Record on ‘Absurd Records’. He has beat a world record on World Record Edition 1 and 2 and on some other occasions as well. However, he was not able to compete in three battles and missed out in the Snow Sports battle because he hurt himself, Blitzball 3 Battle because he was having a baby, and missed the Drone Racing Battle as well.

Furthermore, Cody Jones is not good at video games and is usually pretty loud. Jones’s favorite Dude Perfect Trick Shot was the Sling Shot and claims he “lost his mind” when the ball went in the basketball hoop. Likewise, Jones might have done the longest putt in his life in ‘All Sports Golf Battle (3)’ and has been in the Wheel Unfortunate once (first episode) where he had to get a level 10 spray tan.

Moreover, he has won the second most battles after Tyler. In one of the episodes of The Dude Perfect Show, it is revealed that he is scared of heights. Likewise, Cody has gone the longest without spinning the wheel for Wheel Unfortunate, at 15 episodes. Likewise, he is currently the only C-O person to not spin the Wheel Unfortunate wheel twice. He was once accidentally called Jody Cones by Ned Forrester in episode 1 of Overtime. And, Cody is the first Dude Perfect guy to get a nickname that is not just one syllable, with the other being Tyler.

Cody Jones has a height of 5 feet 8 inches and his weight is 65 Kg. His other body measurements such as chest size, waist size, and hip size are 44-32-37 inches respectively. Likewise, he has light brown hair and greyish-green eyes. He also has a beard.

Cody is pretty active on all of his social accounts. Their Youtube channel has garnered 53.6 million subscribers on Youtube and he has 1.3 million followers on Instagram. Likewise, he has mustered 857 followers on Twitter. Moreover, they also have their group social accounts which are handled by all five of them.

Focusing on his earnings and income, he has a net worth around $1 million-$5 million. His main income source is Youtube.