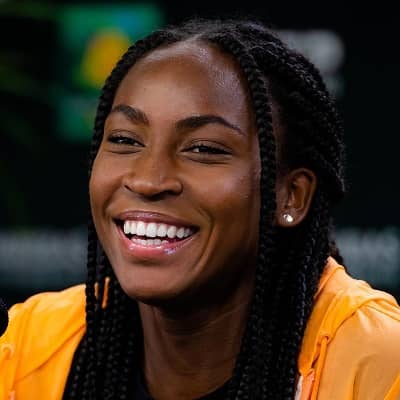 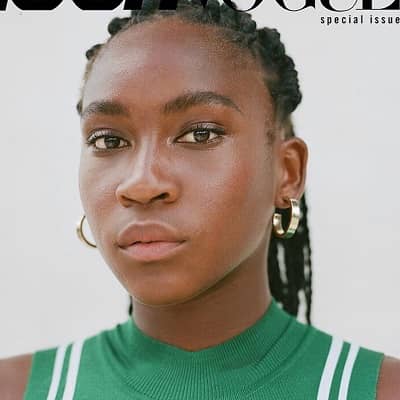 Coco Gauff is an American professional tennis player. Moreover, Coco Gauff rose to popularity after a Wimbledon victory against Venus Williams when she was just 15 years old.

Cori Gauff best known as Coco Gauff was born on 13th March 2004, in Atlanta, Georgia, the United States of America. As of now, she is 18 years old and she is a citizen of the United States. Moreover, she has a zodiac sign of Pisces and she holds an ethnicity of African-American. Moreover, she is the daughter of Corey Gauff (father) and Candi Gauff (mother).

Her father was a basketball player at Georgia State, while her mother was a track and field star at Florida State. Talking about her siblings, she has two younger brothers whose name is Codey and Cameron. At the age of seven, Coco started playing tennis and was coached by her father. 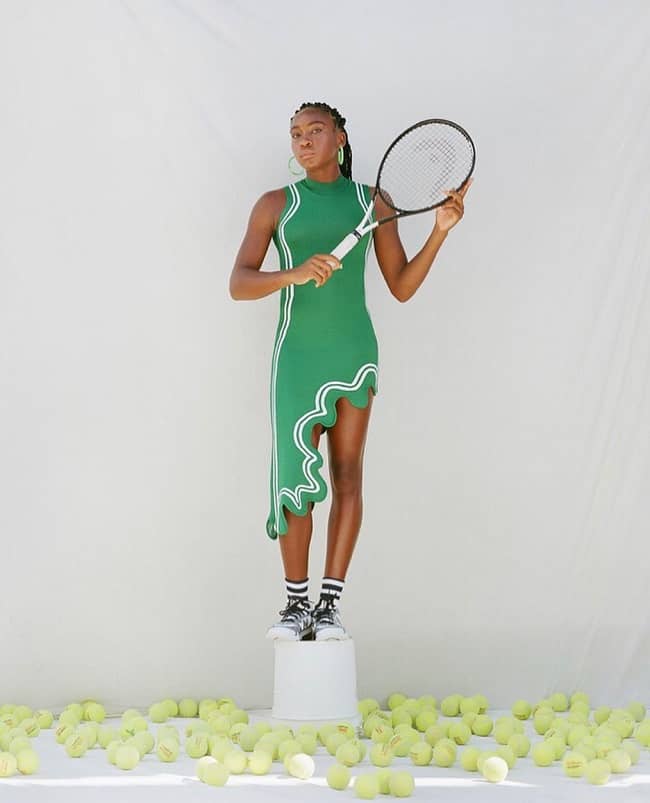 Talking about her academic career, Coco’s parents moved her education to homeschool after she showed an interest in tennis. This allowed her to devote more time and concentration to training. Both parents put their jobs on hold to focus on their daughter’s education. They wanted Coco to be a member of the National Tennis Team. Her father was her primary tennis coach, and her mother was in charge of her homeschooling. There is no more information regarding her high school.

She grew up watching tennis and started to play at the age of six. Her inspirational model was a tennis player whose name is Serena Williams. In 2014, she won the US Tennis Association Clay Court National 12-under title. Moreover, she competed in Junior Grand Slam at US Open and became a runner-up. In addition, she became the fifth-youngest single girl’s champion in the French Open history.

She became the world’s No. 1 junior in 2018 after defeating McNally in the Grade 1 Junior International Roehampton. Coco and her partner McNally won all of their matches in a double title match against Hailey Baptiste and Dalayna Hewitt in straight sets.
In addition, she along with Alexa Noel and Connie Ma represented America at the Junior Fed Cup and won the Cup defeating Lyubov Kostenko and Dasha Lopatetskaya. She completed 2018 as the number 2 junior in the world after winning the Orange Bowl International Tennis Championship.

Coco Gauff won her first professional match after qualifying for the ITF Women’s Circuit in May 2018 as a qualifier for the $25k event. At the age of 15, she became the youngest player in Open Era history to reach Wimbledon’s main event. Coco improved her game and won two singles titles at the US Open after defecting against Anastasia Potapova and Timea Babos. 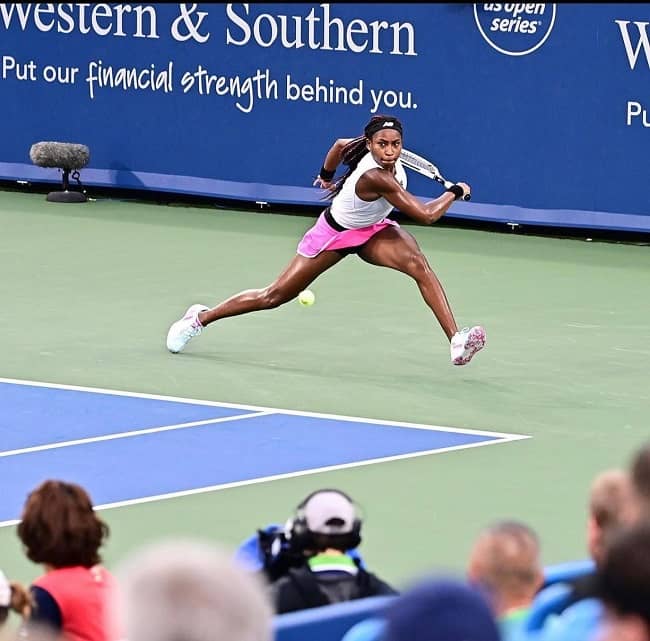 Following two additional tournaments in the US Open, the American lost in the qualifying round but was a lucky loser in the main draw. Fortunately, she won the title and advanced to the quarterfinals round. Furthermore, with the defection of Jeena Ostapenko in the final, Coco became the youngest player to win a single title since 2004 in 2019. She also made her WTA singles and doubles debut in the top 100.

Coco and McNally ended the year by winning the second WTA doubles title against Kaitlyn Christian and Alexa Guarachi. She began her 2020 season as the world’s 67th ranked player, competing at the 2020 ASB Classic in Auckland, New Zealand.
Then she defeated Viktoria Kuzmova in the first round but was unable to advance after losing to Laura Siegemund in the second round.

She made up for the semifinals by winning the double title with Caty McNally. Similarly, after defeating Venus Williams in the first round of the Australian Open, the young woman couldn’t contain her emotions and cried for the first time after winning the match. Similarly, Coco won against Sorana Cirstea in the second round and Naomi Osaka in the third round in the exact match. As a result, she became the youngest player to beat the top five.

Due to the Covid-19 pandemic, the WTA tour was suspended at the beginning of the year. After a brief period of stability, she defeated two top-50 players at the Top Seed Open.  She defeated World No. 13 Johanna Konta in the first round of the French Open 2020, although she was unable to advance to the second round after losing to Martina Trevisan.

As of now, Coco Gauff has won several titles and tournaments. But, she has not received any awards nor got honors for her works. Looking at her success, we can assume that, Coco might receive some of them in upcoming years.

Talking about her net worth, her net worth is estimated at around $3 million and her annual salary is around $803,500 as a tennis player.

As of now, Coco Gauff is unmarried and single. Moreover, she has not disclosed her personal life information in public and likes to maintain distance from social media.

At a young age, she has climbed a huge success with her hard work and she is not a part of rumors not gotten into controversy yet.

Coco Gauff stands 5 feet 9 inches tall and weighs around 55 kg. Moreover, she has black hair with black eyes and her shoe size is 7.5 UK. In addition, Coco’s body measurement is measured at 33-26-34 inches. 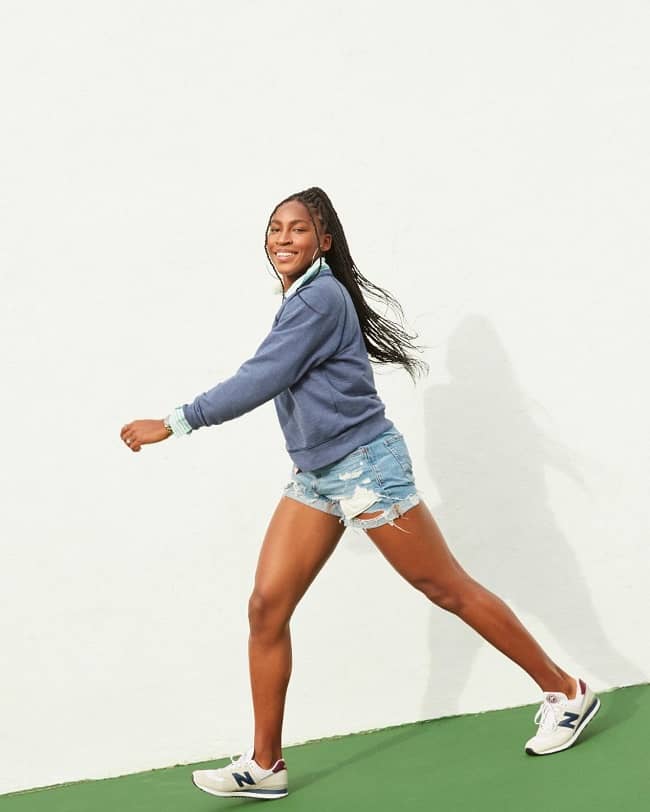