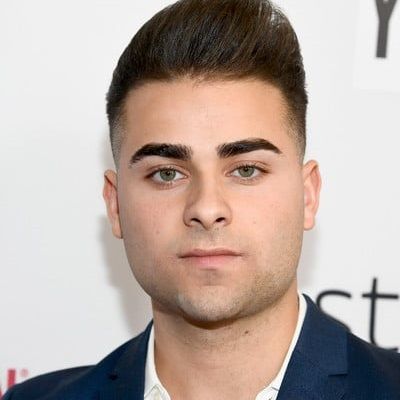 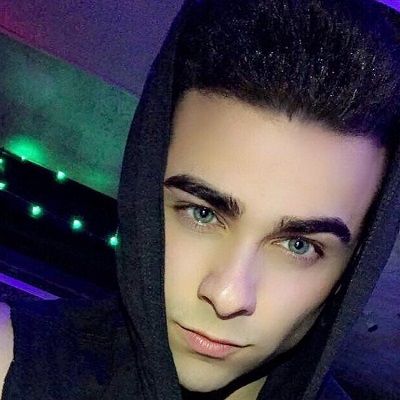 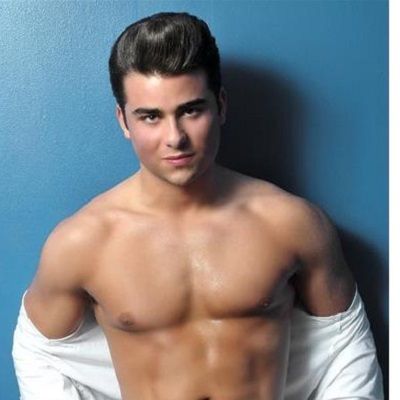 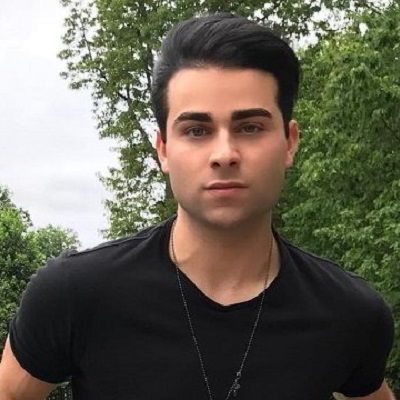 Coby Persin is an American Youtube Prankster. Coby Persin’s video contents include various pranks, challenges, and social experiments. He also includes teenagers in his video with the consent of their parents which adds up to the authenticity of his videos.

Coby Persin was born on May 7, 1994, and he is currently 26 years old. Similarly, he was born and raised in New York, USA. Talking about his family background, he has a brother but has not disclosed his identity. Other than this, there is no information regarding his parents, family, and childhood.

In his video titled How I Got Expelled From High School – COBY PERSIN, he talked about his educational journey. He mentioned that elementary and middle school were good but was bullied during high school. The bullying was so bad that he had to switch to another school in 10th grade. He changed a lot after he switched schools and developed his persona of a prankster.

He was the kid who would always do stupid stuff and people would laugh. He says that though they might have laughed at him and not at what he did, he is glad at least he made them laugh. For a whole year, he used the controller he bought on Amazon and switched off the TV whenever the teacher started videos in the classroom. After a year of going unnoticed, the teacher catches him at the end of 11th grade. He ended up being expelled.

Talking about another incident, when he was asked to choose between his hair and school, he went on with his long hair instead of cutting it short. This resulted in his being taken to the Principals. This was also a reason for his expulsion from the school in the 11th grade. He missed the whole senior year and calls it the “dark time of my life”.

He was lost and didn’t know what to do next. His parents were also pretty mad at him for his stupidity. Later on, he decided to get a GED that is equivalent to a high school diploma and then go to college. He was the youngest kid in his class at 17 years old due to GED instead of high school graduation.

Hence, after a semester in college, he came across Youtube, and after watching a few prankster Youtuber, he decided to do Youtube full time too. In the beginning, everyone scolded him for his career choice.

Talking about his social media presence, Coby joined Twitter in September 2010 and so far has 21.5k followers and 1169 tweets. Similarly, he created Youtube on 7 October 2010 and so far has 6 million subscribers and over 1 billion views. He also has an official Facebook page with over 146k followers. Though he has two Instagram accounts, sadly, he has kept both of these accounts private. His primary account @cobypersin has 1.1 million followers and his secondary account @thatboycobypersin has over 6k followers.

Professionally, Coby is a YouTube prankster whose channel is zipkid99. His channel has earned more than 5 million subscribers at present. Similarly, many of his videos including Girl Walks Around NYC With No Pants and Making Homeless Guys Arm Wrestle For Money have been viewed more than 10 million times.

Likewise, he also worked as a model for Abercrombie & Fitch for a year before creating his YouTube channel. He has also appeared in advertisements for companies like Fuerte Men, Mentality Magazine, and the NFL among many others.

At the beginning of his Youtube career, he was also doing odd jobs like a caterer, in a factory, in a warehouse packaging watches, in fast food joints and restaurants, and much more until his Youtube channel took off and he was able to do Youtube full time. Additionally, he regards Vitaly Zdorovetskiy as his inspiration for making prank videos. 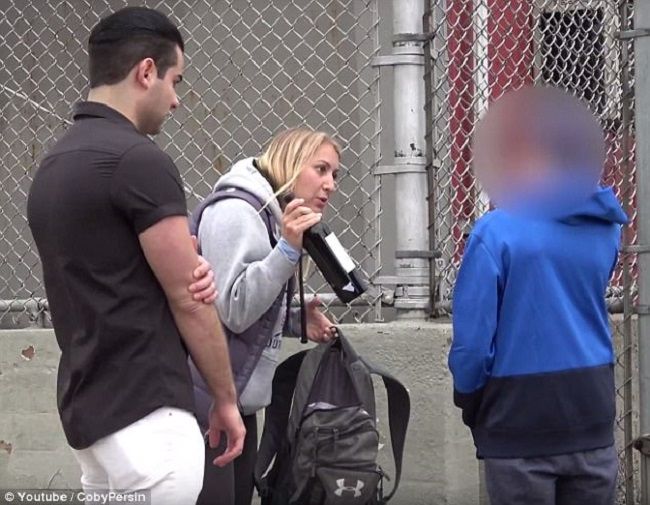 Caption: Coby Persin with a teenager and his parent in a social experiment video. Source: Youtube

He started out on YouTube on 7 October 2010. His first video for the channel was How to get any girl’s number-Sexy Beach Girls which became an instant hit. He followed this video with another video titled Fake Celebrity Pranks New Jersey which too became a hit in no time.

After that, he went on to post a number of prank videos. He even started to post-experiment videos simultaneously. As a result, he garnered moderate numbers of views. These experiment videos also worked as an eye-opener for society and eventually gave a positive message to the viewers.

The journey of publishing pranks, experiments, and other fun videos continued and his popularity reached a new height. Today, the YouTuber is immensely popular with his channel gaining over 5.92 million subscribers and over 904 million views.

Some more videos on his channel are YouTube Celebrity Catches Cheating Girlfriend on Camera and Girls Shocked By Rapping Uber Driver. These videos were published on 9 August 2018, and 5 September 2018, respectively. Likewise, these videos have managed to earn over 8 million and over 300k views as of October 2018.

He created his self-titled channel on 7 October 2010 and so far has garnered 1,074,537,849 views. Similarly, he earned 5.92 million subscribers at the time of preparing this biography. Talking about the content of his videos, he creates pranks and challenge videos. He also does social experiments for his videos. Additionally, he also gets the consent of teenagers’ parents and creates his videos with them. This adds more uniqueness and credibility to his posts.

The oldest video on his channel was uploaded on 28 June 2013 with over 1.2 million views at present. The videos that have crossed the 75 million views milestone are Girl Walks Around NYC In Painted On Jeans! and How To Order Mcdonald’s Like A Boss! with 76 million and 75 million views respectively.

The videos that have crossed the 50 million views milestone are Grandpa Raps Like A Boss!, The Dangers Of Social Media (Child Predator Experiment), Picking Up Uber Riders In A Lamborghini Aventador!, and Nerds Play Basketball In The Hood Like A Boss! with 68 million, 60 million, 59 million, and 50 million video views respectively.

The three most recent videos on his channel at the time of preparing this biography are Uber Passenger MARRIES Driver After He Sings! (Fell In Love), Girl Passenger MARRIES Uber Driver! (RAPS FAST), and Girl Dates Rapping Uber Driver (She Falls In Love) 30 April, 18 May, and 2 March 2020 consecutively.

During his Uber Driver videos, he occasionally includes his pets like his little panda, a puppy, etc. Besides pranks, challenges, and social experiments, he also uploads music videos on his channel like A Mi Lado and Wolf – OTL. 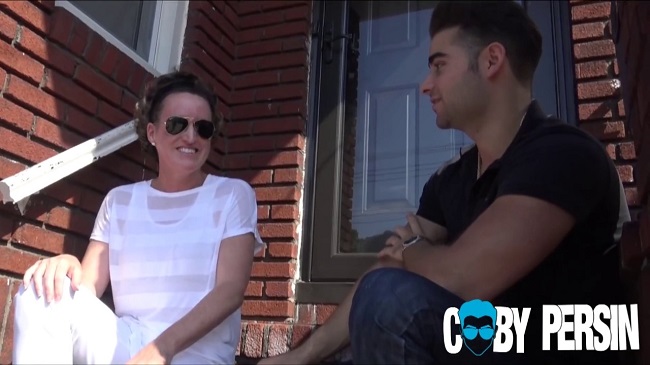 Caption: Coby Persin is seen having a conversation with a teenager’s parent for a social experiment video. Source: Youtube

Being a successful YouTuber and social media personality, he certainly has endorsed a couple of brands as well. Some of those are Fuerte Men, Mentality Magazine, NFL, and, Real Deal Dog Training.

Coby is most probably single at present as he has not shared any social media posts that might hint at his romantic affairs. He is likely focusing on his social media career and maintaining a good profile away from rumors, scandals, and controversies. He also may be waiting for the perfect person to come into his life.

He stands at a height of approximately 5 feet 10 inches and weighs around 72 kg. Other than these, there is no information regarding his other body measurement details like his chest-waist-hip, biceps, dress size, shoe size, etc. Similarly, he has dark brown hair and hazel-green eyes. 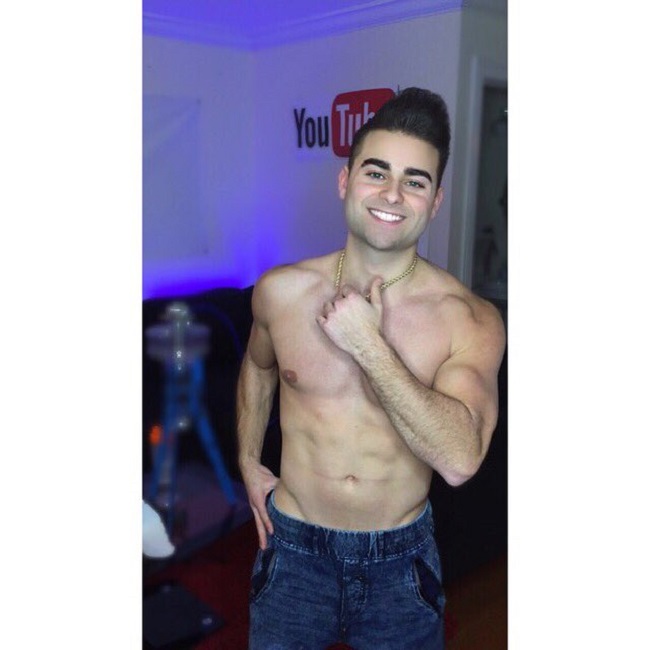 Moving on, his net worth estimation is around $2.5 million dollars. His Youtube channel alone is worth $857,000 dollars. He has published around 106 videos which all together add up to more than 1.1 billion views. Likewise, he creates on average 2 new videos every month earning 592k video views every day and 2.6k new subscribers on a daily basis.