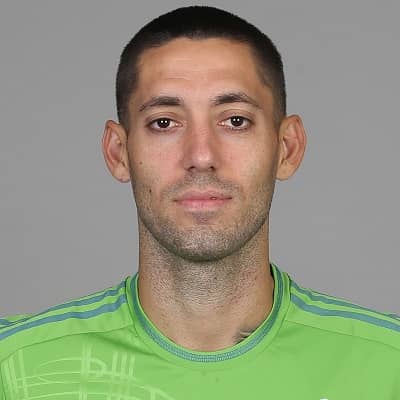 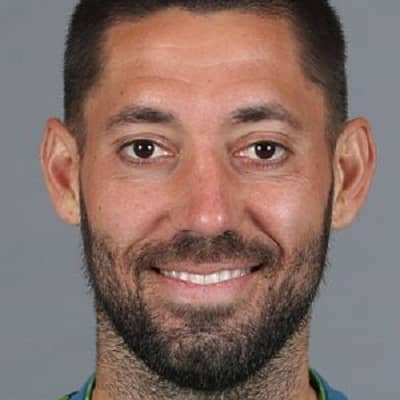 Clint Dempsey is an American athlete. Clint Dempsey is a retired soccer player who was the forward and midfielder from America. Likewise, he used to play for Seattle Sounders FC as a striker.

Clint Dempsey was born on 9th March 1983 and his current age is 39 years old. Being born in early March, his zodiac sign is Pisces. Likewise, Clint was born in Nacogdoches, Texas, United States of America, and holds American citizenship. Similarly, talking about her ethnicity and religion, he belongs to the Caucasian ethnic group and follows Christianity. Moreover, he is of Irish ancestry from his paternal side.

Likewise, Clint is the son of Aubrey Dempsey and Debbie Dempsey. His father was a railway worker and his mother was a nurse. Similarly, he has two siblings two older brothers Ryan Dempsey, Lance Dempsey, and two older sisters Crystal Dempsey, Jennifer Dempsey. Unfortunately, her 16-year old sister Jennifer Dempsey died from a brain aneurysm on 27th November 1995.

During his childhood, he grew up living in the trailer park where he grew up playing soccer in a complex with a large population of Hispanic immigrants. Likewise, in his teens, he has been playing in a local Mexican-dominated adult league. Similarly, his siblings are also athletes. Likewise, Dallas Texans which is an elite youth soccer club made an offer to Ryan Dempsey.

They also brought Clint who was noticed and made recruitment while passing time juggling a ball on the sidelines. However, he could not continue his sport at an early age due to financial constraints in his family. Several parents of his teammate of Texans made an offer to assist him with expenses and travel to allow him to rejoin the club.

Unfortunately, the demise of his sister made him develop a deeper motivation to pursue soccer in honor of his sister. Moreover, for his great passion for football and wish to become a professional football player, he made his youth career debut in Dallas Texans in the year 1998. Likewise, he is a huge fan of the Argentinean legend Diego Maradona and Brazilian footballers Romario and Bebeto. Furthermore, talking about his educational background, there is no information about his educational qualification available in the media.

Talking about his professional life, Clint is a professional soccer player. Likewise, after his youth debut, he made his professional debut from New England Revolution in the year 2004. Followed by this, Clint made his team reach the Eastern Conference Finals in his first season at the club. Likewise, he made ten goals with nine assists in 26 games for the New England Revolution. In December 2006, Clint made a move to English club Fulham for $4 million. Likewise, he scored his first goal for Fulham against Liverpool on 5th May 2006. Moreover, he did the goal opposite to Dnipro Dnipropetrovsk in the Europa League play-off on 2011-12. 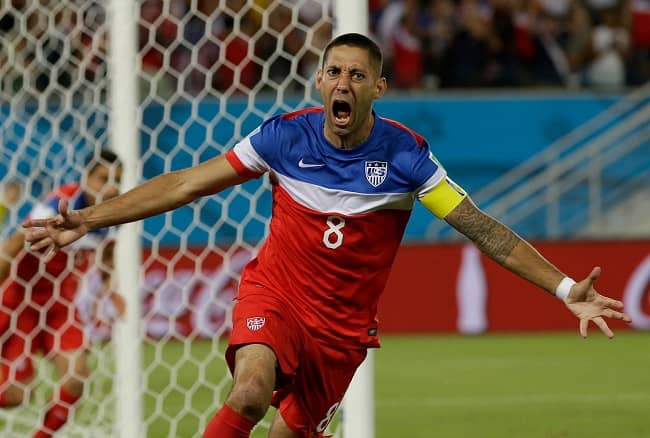 Caption: Clint in one of his matches. Source: NY Times

Further, Clint made his first hat trick in the FA Cup following by a Premier League hat-trick opposite of Newcastle in January 2012. Moreover, he became the top goal scorer of Fulham in the year 2010-11 and 2011-12. Later on 31st August 2012, Clint moved to another team Tottenham Hotspur for a transfer fee of $9 million. Likewise, in one season, he made a total of seven goals in 29 matches for Tottenham Hotspur.

More on career and achievement

Similarly, on 3rd August 2013, he joined MLS franchise Seattle Sounders FC. Moreover, just after three months there, he went back to Fulham on a two-month loan in December 2013. Followed by this, upon returning, he gave eight goals in a five-match for Seattle Sounders FC. He did a hat-trick against Orlando City on 7th August 2016 bracing against Portland on 21st August. Likewise, his senior international career began after playing opposite of Jamaica on 17th November 2004. Similarly, he gave his first international goal playing opposite of England on 28th May 2005. Moreover, in his career, he has played three world cup from his country and also the Confederations Cup. Similarly, he also got to lift CONCACAF Gold Cup thrice in his international career.

Moreover, Clint has made enormous achievements in his career. Likewise, he has also been an honor for many awards and recognition. Likewise, he became Fulham player of the season. Similarly, he got the CONCACAF Gold Cup top Goalscorer in the year 2015. Clint became the US Soccer athlete of the year in three seasons 2007, 2011, and 2012.

Moving on, he is also the brand ambassador for Modelo Especial Taps U.S. and Mexican Soccer.

Talking about his net worth and earning, Clint has made a good earning from his athlete career. Likewise, he has a net worth of around $16 million. Similarly, his earning is also from endorsements, salary, and other projects.

Regarding his relationship status. Clint is straight and in a happy marital relationship. He tied the knot with Bethany Dempsey in the year 2007. Likewise, the couple has four beautiful children together and they are, Clayton, Jackson, Elyse, and Sophie. 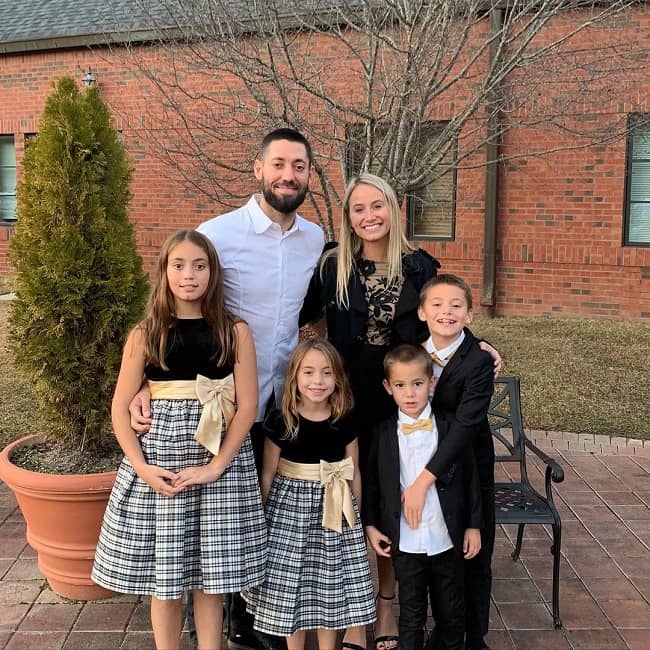 Clint has been in one controversy in his whole sports career. He got a red card after knocking the referee’s notebook and tearing it in a game. Apart from this, he has never been in any controversy.

This fit professional athlete stands 6 feet 1 inch (73 inches) tall and weighs around 84 kg. Likewise, this athlete has a fit body type with 42 inches chest and biceps of 13.2 inches. Similarly, he looks stunning with his bold look and attractive tattoos on his neck and arm. Likewise, he has fair skin with dark brown hair and black pair of eyes.