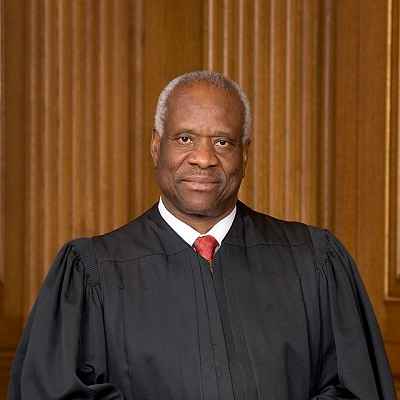 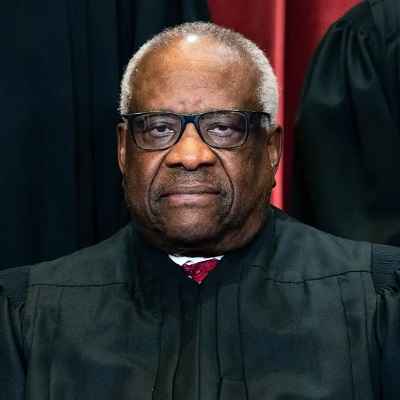 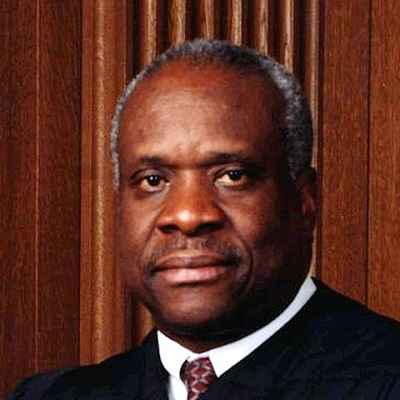 Clarence Thomas was born on 23 June 1948 and he is currently 74 years old. He hails from Pin Point, Georgia, and his zodiac sign is Cancer. Talking about his family, his parents are M. C. Thomas and Leola “Pigeon” Williams.

His father was a farm worker whereas his mother was a domestic worker. Similarly, Thomas has two siblings and he is the 2nd of three children. His siblings are Emma Mae Martin and Myers Lee Thomas. 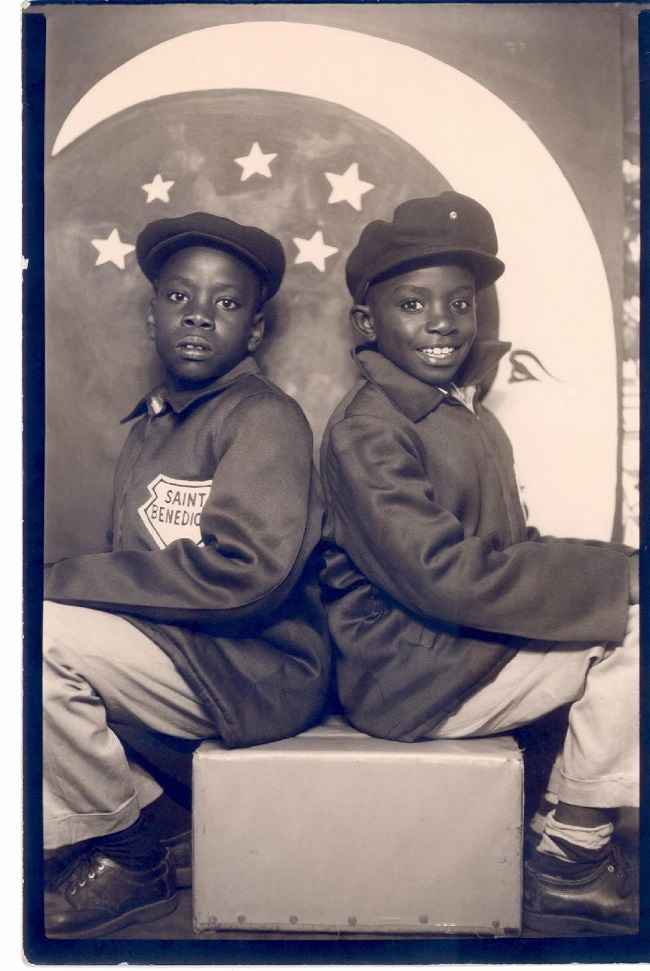 Caption: Clarence Thomas in a childhood photo with his brother Myers in their school uniforms. Source: PBS

Later on, he briefly attended Conception Seminary College and also went on to enroll at the College of the Holy Cross as a sophomore transfer student at a nun’s suggestion. Furthermore, this personality also attended Yale Law School and graduated in 1974 with a Juris Doctor degree ranked in the middle of his class.

Clarence Thomas was married to Kathy Grace Ambush from 1971 to 1984. Before their divorce, Clarence and Kathy had separated in the year 1981. Together, this ex-couple has a child born in 1973 named Jamal Adeen.

Then in 1987, this personality tied the knot with Virginia Lamp. His 2nd wife is a lobbyist and aide to Republican Congressman Dick Armey. Likewise, this couple took in his 6 years old great-nephew, Mark Martin Jr. in 1997. Since 1999, this couple has traveled across the U.S. in a motorcoach between Court terms. 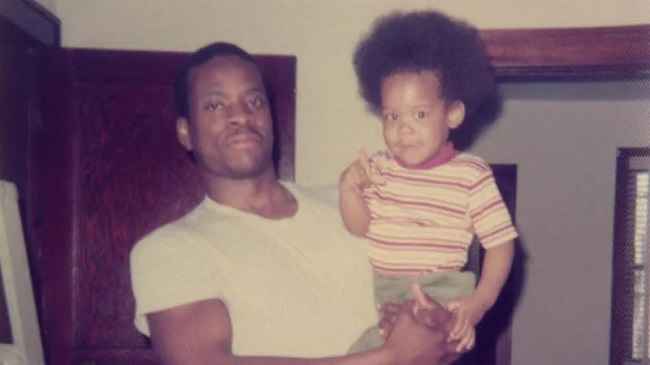 Caption: Clarence Thomas in an old photo with his son Jamal. Source: Yahoo

Professionally, Clarence Thomas is a jurist. As such, Thomas serves as an associate justice of the Supreme Court of the United States. Likewise, President George H. W. Bush nominated this personality to succeed Thurgood Marshall.

Since 1991, he has served the said position. After Marshall, this personality is the 2nd African American to serve on the Court. Also, he is the Court’s longest-serving member since Anthony Kennedy’s retirement in the year 2018.

Growing up as a devout Catholic, this jurist originally intended to be a priest in the Catholic Church. However, frustrated over the church’s insufficient attempts to combat racism, this personality abandoned his aspiration of becoming a clergyman to attend the College of the Holy Cross and Yale Law School.

Upon graduating, Thomas was appointed as an assistant attorney general in Missouri. Later on, he entered private practice in Missouri. Moreover, Thomas became a legislative assistant to Senator John Danforth in the year 1979. In the year 1981, he was later made Assistant Secretary for Civil Rights at the U.S. Department of Education.

Similarly, President Ronald Reagan appointed this personality as Chairman of the Equal Employment Opportunity Commission (EEOC) in 1982. Also, President George H. W. Bush nominated this personality to the United States Court of Appeals for the District of Columbia Circuit in 1990. Thomas then served in that role for 19 months. Following this, jurist Clarence filled Marshall’s seat on the Supreme Court. 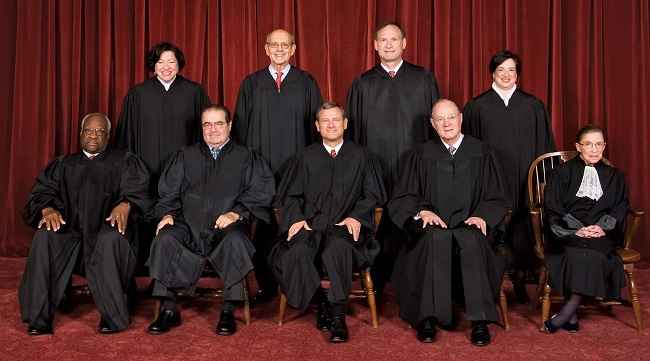 Caption: Clarence Thomas in an official portrait with the members of US Supreme Court. Source: Britannica

Likewise, this personality’s confirmation hearings were bitter and intensely fought. His hearings were centered on an accusation that he had sexually harassed Anita Hill who is a subordinate at the Department of Education and the EEOC.

Anita alleged that this personality made multiple sexual and romantic overtures to her despite her repeatedly telling him to stop. However, this personality and his supporters denied the allegation and asserted that Hill and her political supporters had fabricated the accusation to prevent the appointment of a black conservative to the Court.

Likewise, since the death of Antonin Scalia, this personality has been the Court’s foremost originalist. In contrast to Antonin, who had been the only other staunch originalist, Thomas pursues more liberal originalism. Also, Thomas is famous for being silent during oral arguments.

Moreover, this personality is notable for his majority opinions in Good News Club v. Milford Central School. He is also known for his opinions in New York State Rifle & Pistol Association, Inc. v. Bruen as well as Thomas’s dissent in Gonzales v. Raich. Furthermore, this jurist is widely considered the Court’s most conservative member. 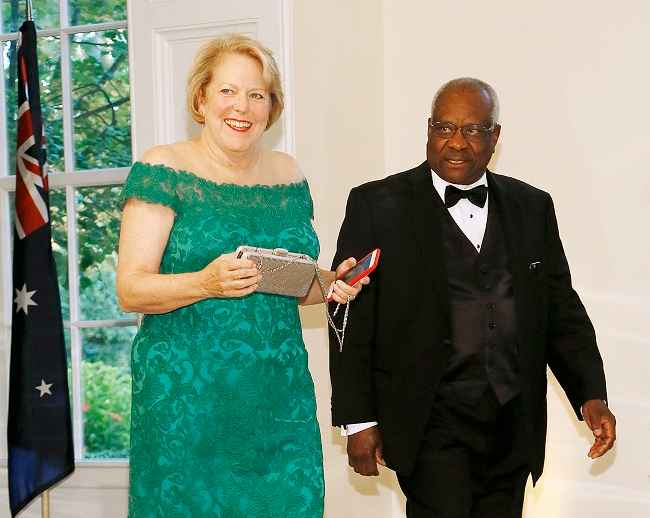 Clarence Thomas may or may not have worked with brands and companies for their product endorsements or advertisements. Since Thomas doesn’t have any social media profiles, there is also no way to confirm which brands he has endorsed so far.

Clarence Thomas stands tall at an approximate height of 5 feet 7 inches or 1.74 meters. Likewise, Thomas has black eyes and hair of the same color that has turned grey with aging.

Besides these, Clarence’s other body measurements are still under review including his weight, chest-waist-hip measures, biceps, etc.

Moving on, Thomas has a net worth of around $24 million US dollars. Clarence’s net worth and earnings are accumulated through his hard work and long career in the field of American law and justice.