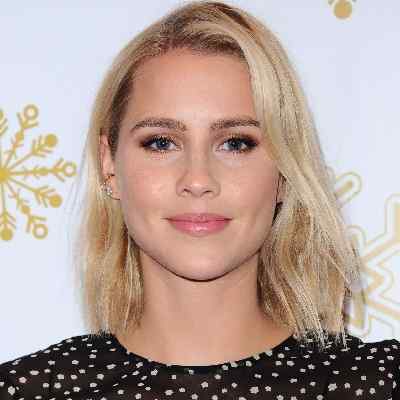 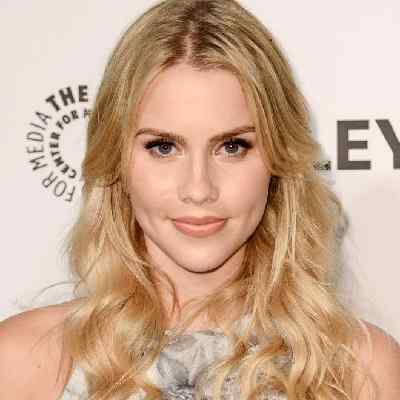 Claire Holt is an Australian actress who made her debut as Rebekah in The Vampire Diaries and also acted as Samara in Pretty Little Liars. Claire Holt gained fame for portraying Emma Gilbert on the television show H2O: Just Add Water and Chastity Meyer in Mean Girls 2.

Claire Holt is 33 years old. She was born on 11 June 1988, in Brisbane, Queensland, Australia, under the astrological sign Gemini. Her full name is Claire Rhiannon Holt. Likewise, her father’s name is T John and her mother’s name is Ann Holt. She has three siblings Madeline, Rachel, and David Holt. 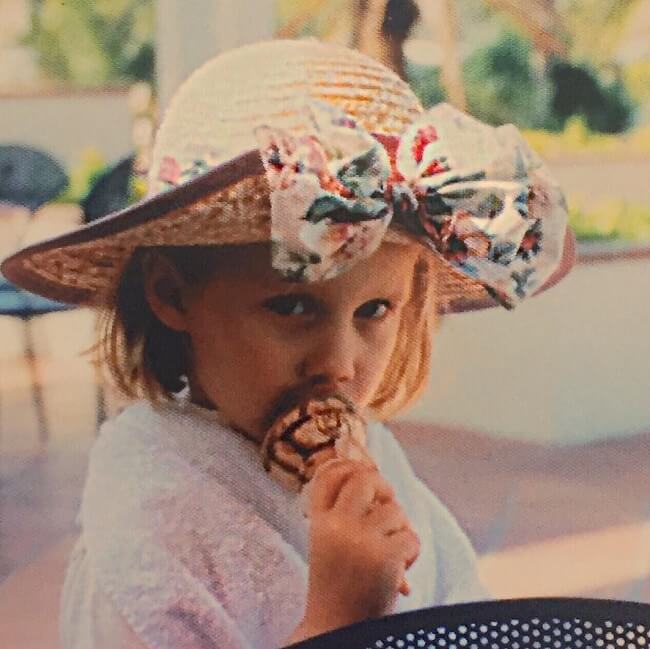 Moving toward her educational background, she attended the Stuartholme School in Toowong from where she graduated in 2005.  She was very athletic and was involved in several sports like volleyball, water polo, and swimming as a young girl. Similarly, she even has a black belt in Tae-Kwon-Do. A multi-talented girl, she also sang in the school choir. She enjoys playing the guitar and the piano.

Moreover, she is best friends with fellow actress Phoebe Tonkin. Besides that, her mother is from the United Kingdom. Further, her father has 9 siblings. She has 40 cousins. Initially, she wanted to be a Doctor and only did commercials for extra money.

Talking about Claire Holt’s professional life, she is a famous Tv actress. In 2006, she played the role of Emma Gilbert in the Network Ten children’s television series H2O: Just Add Water. The show has earned a Logie Award and Nickelodeon Australia Kids’ Choice Award. She along with Phoebe Tonkin are real-life best friends. In April 2013, they appeared in three television series together: H2O: Just Add Water (2006), The Vampire Diaries (2009), and The Originals (2013).

While the series was replaced for the third season, she left the show after series two after confirming her act for the sequel to the 2007 film The Messengers, titled Messengers 2: The Scarecrow. Later, Indiana Evans replaced her after filming took place in Sofia throughout 2008. She starred alongside Norman Reedus and Heather Stephens, and the film was released on 21 July 2009 straight-to-DVD.

In addition to television and film roles, she made appearances in advertisements for Dreamworld, Sizzler, and Queensland Lifesaving. BuddyTV placed her number 55 on its TV’s 100 Sexiest Women of In 2011 she acted in Television film Mean Girls 2 as Chastity Meyer and also appeared in Pretty Little Liars as Samara Cook in a recurring role.

In August 2011, she appeared in the TV series The Vampire Diaries as Rebekah Mikaelson. On 13 January 2013, she joined the cast for the backdoor pilot of The Vampire Diaries spin-off The Originals, where she reprised her role as Rebekah Mikaelson. The show aired in the U.S. on 11 March 2014. She returned to her role in the season one finale on 13 May 2014 and continued to periodically guest star on the series until its finale on 1 August 2018. 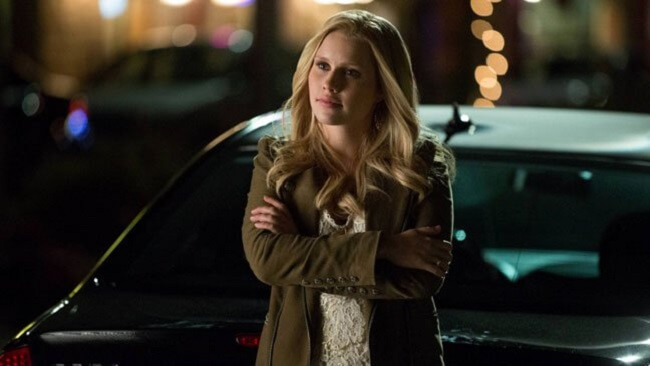 Caption: Claire Holt on her character of The Originals (Source: Hollywood Reporter)

She appeared in NBC “event series” Aquarius as Charmain Tully. In 2016, she starred in the romantic comedy film The Divorce Party, playing the role of Susan. In 2017, she had a starring role, Kayla, in the ABC thriller drama television pilot Doomsday. Also that year, she starred as Kate in the underwater survival thriller film 47 Meters Down, opposite Mandy Moore and Matthew Modine. The film released in theaters on 16 June 2017.

In 2019, she appeared in a film role as Abbey Campbell in the movie A Violent Separation and Painted Beauty as Sasha. She has also played in music videos like  “We Are Done” (2014), and “Small Town Boy” (2017).

This talented and skilled actress Claire Holt has garnered a good response from her professional life through tremendous work in the entertainment industry. She ranked No. 33 on Examiner.com’s list of ‘The 100 most beautiful TV women of 2012.’  In the same year, she placed No. 15 on The CW’s list of 20 Hottest Women. Moreover, she also got nominated for Teen Choice Awards in the category Choice TV Actress: Sci-Fi/Fantasy with her work in The Originals.

Speaking on her earnings, she is a talented actress who has gained a decent sum of money through her work. Her main source of income is from the entertainment industry. Therefore, her estimated net worth is around $2 million. Likewise, with good fortune, she lived a lavish and blissful lifestyle.

What is Claire Holt’s relationship status?

Speaking on Claire Holt’s personal life, she is a married woman. She married Andrew Joblon on 18 August 2018. On 3 December 2017, the duo announced her engagement to real estate executive Andrew Joblon. Unfortunately, on 4 March 2018, she revealed on Instagram that she had suffered a miscarriage.  On 11 October 2018, she announced on Instagram about her pregnancy and revealed on 19 November that she was expecting a son.

On 28 March 2019, she gave birth to her son, James Holt Joblon. Later she announced on Instagram that she was expecting her second child on 3 April 2020. Similarly, she revealed on 16 April 2020, about her pregnancy with a baby girl. 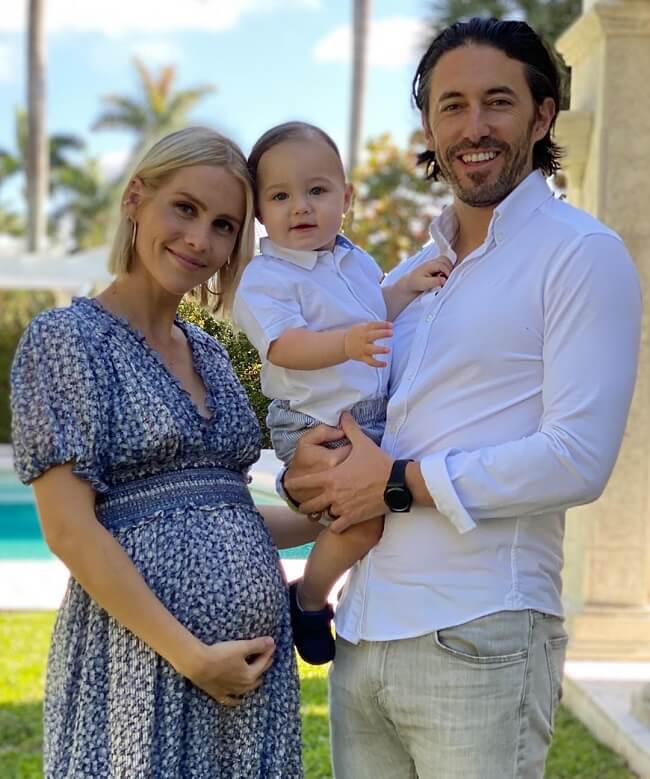 Caption: Claire Holt posing with her husband and baby boy with her baby bump (Source: Instagram)

Talking about Holt’s previous relationship, she became engaged to her longtime boyfriend, television producer Matthew Kaplan in July 2015. The duo married in April 2016. However, on 27 April 2017, her then-husband filed for divorce from her, citing “irreconcilable differences”. Subsequently, she filed in response on 2 May 2017, also asking for her name to be changed from him back to Holt. Moreover, she has not been through any drastic rumors and controversy on her personal as well as professional life.

The 32-years-old beautiful actress Claire Holt has an amazing personality with a charming aura. She has a banana body shape with healthy body weight. She stands tall at a modest height of 5 feet 5 inches (1.69 m). Also, she has beautiful blonde hair with a bright and attractive pair of blue eyes that compliment her facial aesthetics.