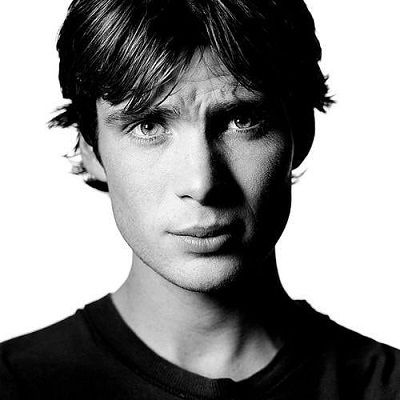 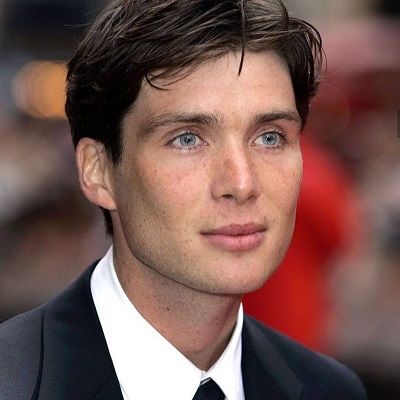 Cillian Murphy is an Irish theatre and film actor. Cillian rose in fame for his prominent role as Tommy Shelby in the British Crime drama ‘Peaky Blinders’.

Cillian Murphy was born on 25th May 1976 and is currently 44 years old. His zodiac sign is Gemini. Likewise, he was born in Douglas which is a suburb of Cork city in Ireland and holds an Irish nationality. He was raised in Ballintemple, Cork. Similarly, he belongs to a Caucasian ethnic and his family is a Roman Catholic. Likewise, he is the son of a former employee of the school inspector of the Irish Department of Education Brendan Murphy. However, there is no information regarding the name of her mother shared in the media. Her mother is a French teacher.

Similarly, he is the eldest son among his four siblings. His younger brother is Paidi Murphy who is a design engineer. Similarly, he has two younger sisters Sile Murphy and Orla Murphy. Likewise, he is fluent in more than three languages besides Irish like, English, French, and Gaelic. Similarly, since childhood, he played music and also writes songs. Moreover, he began composing songs and play music ever since the age of ten. However, he does not want to start a Jazz band or pursue it professionally. During his late teens and early 20s, Cilian and his brother Paidi were part of several bands, ‘The Sons of Greengenes’ being the most prominent. Moreover, they were offered a five-album record deal by Acid Jazz Records in 1996. However, as Paidi was still in secondary school so they did not accept it.

Furthermore, regarding his educational background, he enrolled at the University College Cork to study Law. However, he did not have ambition behind it and was busy with his band. Moreover, his acting career was planted after attending the Catholic School Presentation Brothers College. Likewise, his English teacher poet William Wall always encouraged him to continue pursues acting. However, at that time he was more investing his time in music than in acting.

Cillian debuted his career in acting after an audition at Corcadorca Theatre Company in September 1996. Likewise, his first professional work on the stage was as a volatile Cork teenager in Enda Walsh’s ‘Disco Pigs’. Followed by this, after a year, he played in the short film ‘Quando’ by Declan Recks. Likewise, he made his debut in the movie ‘Sunburn’ along with Sinead Keenan and Paloma Baeza. Moreover, his career took upfront after playing in Danny Boyle’s ‘28 Days Later’ in the year 2002. This movie is a post-apocalyptic sci-fi horror movie that became an international hit and also earned his many nominations.

Likewise, he played in various theatre productions like, ‘Much Ado About Nothing’, ‘The Country Boy’, ‘Juno and the Paycock’, and ‘On the Edge’. Similarly, he also relocated from Cork to Dublin for a few years but later moved to London in 2001. Likewise, with his distinctive look, he played in the ‘Master of Horror’ Wes Craven’s Red Eye. Moreover, he looks perfectly juxtaposed with the ruthless and terrifying aspect of his character. Similarly, in the year 2003, he played ‘The Seagull’ at the Edinburgh International Festival which is a stage production of Chekhov. Furthermore, he played in another theatre show ‘The Playboy of the Western World’ in the year 2004.

Moreover, Cilian has played in various movies and plays like, ‘Cold Mountain’, ‘Girl with a Pearl Earring’, ‘Batman Begins’, ‘Misterman’, and others. One of the most notable actings is his role as a transgender in the comedy-drama movie ‘Breakfast on Pluto’ in the year 2005. This film is the adaptation of the Pat McCabe novel by Neil Jordan. In this movie, he played as Patrick/’Kitten’ Braden who is a transgender Irish woman in search of her mother.

Similarly, another most notable work is his role in ‘The Wind That Shakes the Barley’ in the year 2006. This movie was about the Irish War of Independence and the Irish Civil War. Likewise, Cilian played as a physicist-astronaut in the science fiction film ‘Sunshine’ in the year 2007. He has also made a brief re-appearance as the ‘Scarecrow’ in the Batman Begins sequel ‘The Dark Knight’ in 2008. Moreover, Cillian has played in various movies of the psychological thriller genre. He played like a man with a split personality in the movie ‘Peacock’ in the year 2010. In this movie, he starred along with Ellen Page and Susan Sarandon which was directed by Michael Lander.

Similarly, in the year 2010, he starred in the science-fictional action movie Inception directed by Christopher Nolan. In this movie, he played the role of entrepreneur Robert Fischer who was convinced by Cobb to dissolve his business. He played in this movie along with actor Leonardo DiCaprio. Likewise, he again worked with Christopher Nolan for his 2017 war drama ‘Dunkirk’. In this movie, he played as a character with PTSD who is a soldier with psychological trauma. Throughout his career in acting, he is popular for his role in the BBC Television series ‘Peaky Blinders’. In this movie, he played the lead role as ‘Tommy Shelby’. This is a British period crime drama television series about a criminal gang in post-First World War Birmingham. 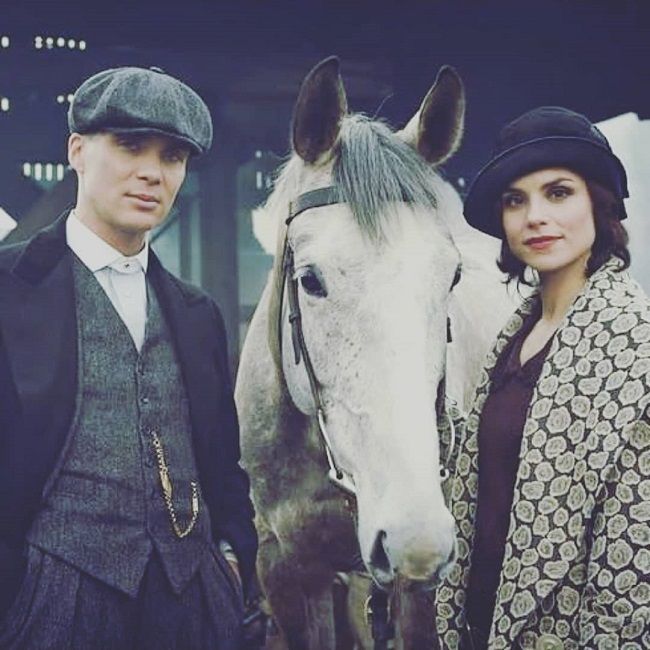 Caption: Cilian with his co-actor in his series Peaky Blinders. Source: Instagram

Cillian has made a remarkable journey throughout his career in acting. Likewise, he has been nominated and also achieved many awards from his acting career. His first award in his career was the ‘Best Actor Award’ at the Ourense Independent Film Festival for the movie ‘Disco Pigs’. Similarly, he won the ‘ACCA Award’ for the Best Cast Ensemble for the film ‘The Dark Knight’ in the year 2008.

He received the ‘Drama Desk Award’ for the Outstanding Solo Performance in 2012 for his role in ‘Misterman’. Likewise, he is the recipient of the Best Actor ‘Golden FIPA Award’ for his acting in ‘Peaky Blinders’. Furthermore, he received a Golden Globe nomination in the year 2006 for his marvelous acting in ‘Breakfast on Pluto’. In 2020, Cilian became number 12 on The Irish Times list of Ireland’s greatest film actors.

He has earned huge fame and massive wealth from his career in acting and music. Likewise, he has appeared in many blockbuster movies, including Batman Begins, Inception, 28 Days Later, Peaky Blinders. Moreover, according to various online sources, he has a net worth of $15 million.

Cillian is a straight and married man. He is married to visual artist Yvonne McGuinness after dating for eight years on 1st August 2004. Cilian met Yvonne at one of his band’s performances in Dublin and dated since the year 1996. The couple lives in Monkstown, County Cork, and has two sons, Malachy born in 2005, and Aran born on the year 2007.

Cillian stands the height of 5 feet 9 inches (69 inches) tall and weighs around 70 kg (155 lbs). Specifically, talking about his body measurement, his chest-arms-waist size is 38-14-31 inches. Similarly, he wears a shoe size of 10 (US). Likewise, about his physical appearance, he has fair skin with dark brown hair color and blue eyes. 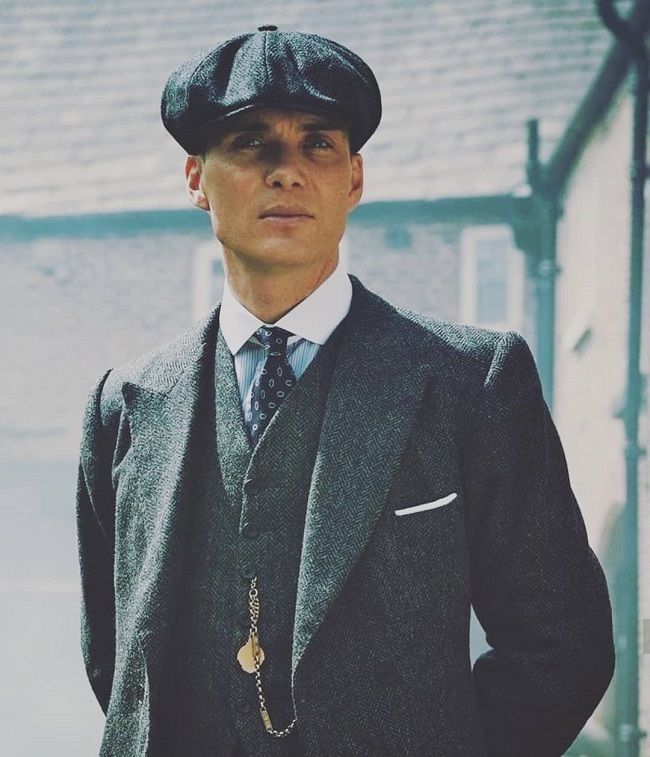 Caption: Cilian posing for a picture in as Tommy Shelby in the ‘Peaky Blinders’. Source: Instagram

Reflecting upon his social media presence, Cilian is active in various social media like Instagram. His Instagram handle is @cillianmurphyofficiall and has over 195k followers in it.