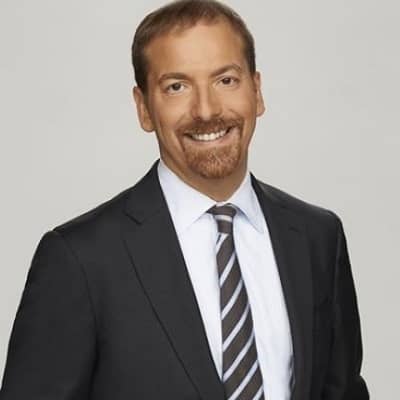 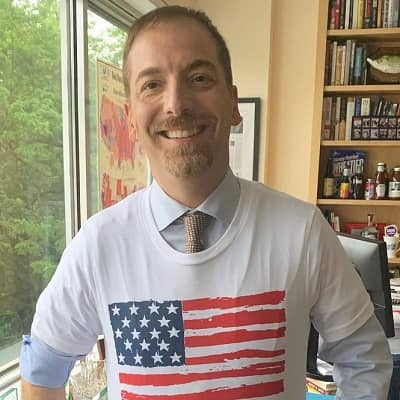 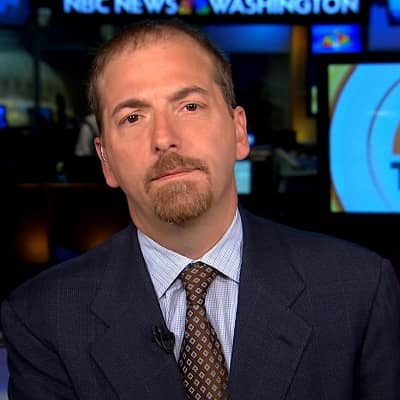 Chuck Todd is an American television journalist, NBC News political director, and moderator of Meet the Press. Chuck Todd is one of the most recognized faces in political reporting these days.

Chuck Todd was born Charles David Todd on April 8, 1972. He hails from Miami, Florida, United States of America. Currently, he ages 50 years old and his zodiac sign is Aries. His parents are Lois Cheri (mother) and Stephen Randolph Todd (father). Moreover, he is Jewish on his mother’s side and was raised Jewish.

Likewise, he graduated from ‘Miami Killian Senior High School’ in Kendall. He joined George Washington University from 1990 to 1994. Moreover, he declared a major in political science and a minor in music but did not earn a degree.

Chuck is a professional American Journalist, NBC News political director, and moderator of Meet the Press, who spearheads the network’s premier political coverage. By contributing insider analysis and translation of Beltway politics across all platforms. He is also a prime anchor for the network’s primetime election coverage.

Todd is famous for backing up politicians and newsmakers accountable for pressing White House Counselor Kellyanne Conway on “alternative facts”. The term “alternative facts” has now become a common occurrence in American politics, to news-making interviews with lawmakers on both sides of the aisle.

Chuck also achieved the reputation as one of Washington’s most respected political journalists, paving the way for Meet the Press to become the #1 Sunday public affairs program, winning across the board for the 2018-2019 broadcast season. Moreover, the success of the Sunday program inspired the 1 p.m. weekday show on MSNBC, MTP Daily.

Both the MSNBC show and The Chuck ToddCast showcase his hard-hitting interviewing style. And also expanding the longest-running show in television history into the modern age. Furthermore, the brand commemorated its 70th anniversary, launching its first-ever film festival ‘The Meet the Press Film Festival’ in collaboration with the American Film Institute (AFI) in November 2017. 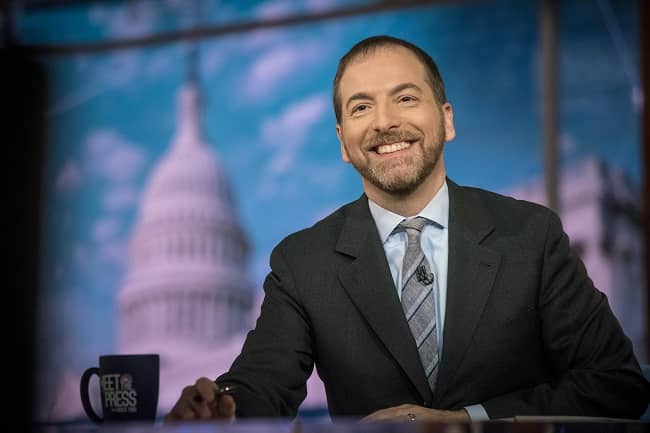 And, in the spring of 2016, he co-moderated a Democratic primary debate with MSNBC’s Rachel Maddow. Until taking the helm of Meet the Press in September 2014, he served as NBC News chief White House correspondent (2008 – 2014). Therefore, by traveling around the world with President Obama and reporting on the main pillars of his presidency, including the passage of the Affordable Care Act.

Similarly, from 2010 to 2014, he also hosted MSNBC’s The Daily Rundown, featuring daily interviews with top congressional members. Moreover, he was titled “The Most Powerful Journalist in Washington”. It was given GQ as part of the magazine’s “50 Most Powerful People in Washington” list.

Back in the year 2009, he co-authored with Sheldon Gawiser the definitive election result analysis book for the 2008 presidential campaign, titled ‘How Barack Obama Won’. Similarly, his second book, ‘The Stranger: Barack Obama’ in the White House was released in November 2014.

Also, in 2007, Tim Russert recruited Todd to join NBC News as the network’s political director. And, before joining NBC News, he worked at the National Journal’s “The Hotline” for 15 years. Therefore, serving for six of those years as the editor-in-chief. Moreover, he is also an actor and writer. Therefore, he is known for NBC Nightly News with Lester Holt (1970), Scruples (1980), and House of Cards (2013). 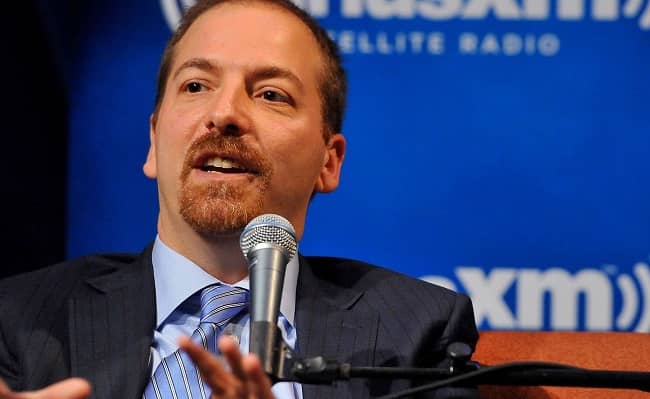 Caption: Chuck Todd while having a discussion. Source: The Boston Globe

Todd is married to Kristian Denny Todd. Therefore, Kristian is a professional communicator and co-founder of Maverick Strategies and Mail. In 2006, she was also the spokesperson for the successful U.S. Senate campaign of Senator Jim Webb. Sadly, their wedding date and marriage details are kept private till now. Todd and her wife now reside in Arlington, Virginia, USA. The duo has two children named Margaret and Harrison. 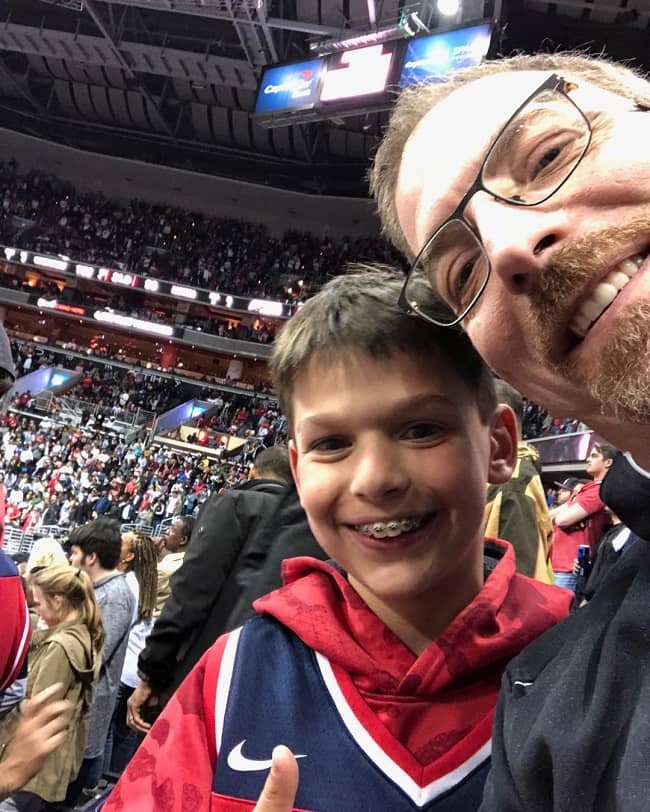 According to sources, he has a height of 5 feet 2 inches. His body weight keeps changing so there are no exact details regarding his weight. Also, his other measurements like chest-waist-hip, dress size, shoe size, etc are not disclosed. Further, he has brown eyes and light brown hair. He has a good and appealing personality.

He is active on some social media sites. His Instagram page ‘@chucktodd’ has gathered over 27K followers. He has gained more than 2.1 million followers on his Twitter account. Similarly, his official Facebook page has earned over 193K followers.

Todd didn’t just garner fame from his job, he has also earned a huge fortune from his professional career. Therefore, as an American journalist, Chuck Todd has been able to amass a huge salary which helped him to assemble a net worth of $2 million.