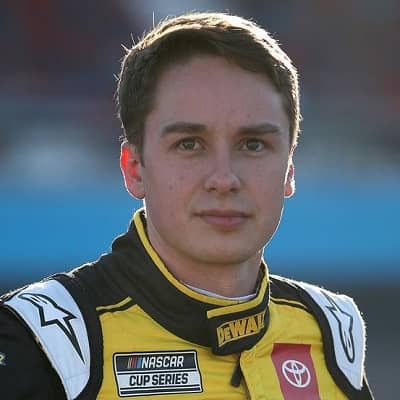 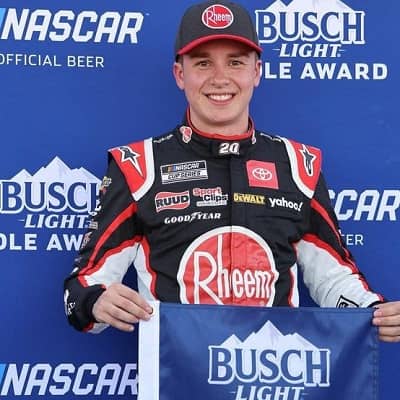 Christopher David Bell best known as Christopher Bell was born on the 16th of December, 1994, in Norman, Oklahoma, the United States of America. According to his birth date, he is 27 years old and holds an American nationality.

He has a birth sign of Sagittarius and his ethnical background is unknown at the moment. He is the son of David Bell (father) and Kathy Bell (mother).

Apart from this, there is no information regarding his siblings and childhood life. We can predict that he was raised well as a child by his parents. 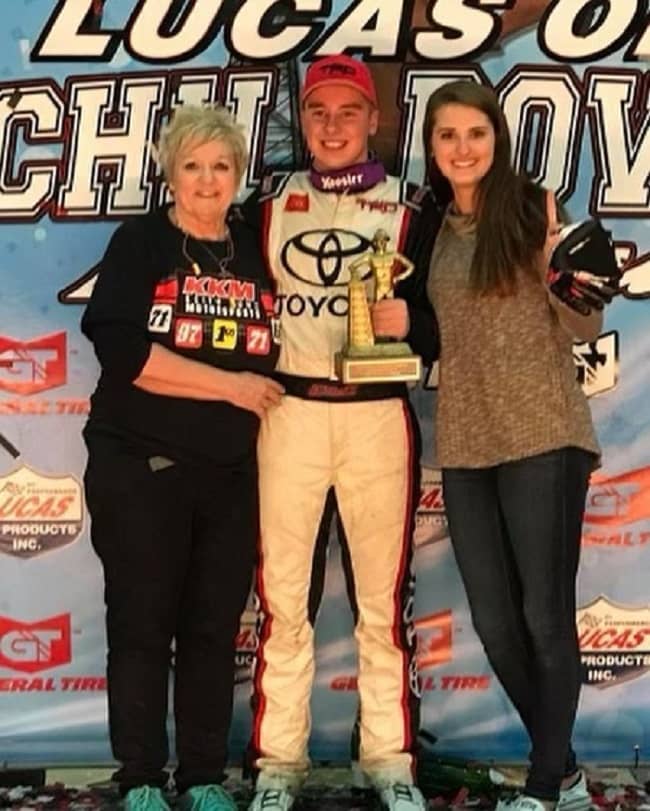 Caption: Christopher Bell with his mother and wife on the occasion of Mother’s Day (Source: Instagram)

Talking about his educational career, he has not shared anything when it came to his academic qualification. We might presume that he might have completed his graduation from a well-known University of America.

In the early 2000s, Christopher Bell began his racing career in micro sprints at I-44 Riverside Speedway. In 2010, he won the Lucas Oil ASCS2 Championship before going on to win the 66 Mike Phillips Memorial micro sprint car race in 2011.

The next year, he finished second in the American Sprint Car Series’ Short Track Nationals at I-30 Speedway. In 2013, he replaced Kyle Larson at Keith Kunz Motorsports in USAC racing. He joined CH Motorsports’ sprint car racing program on October 31. Bell finished the year as the USAC National Midget Champion.

He started racing asphalt Super Late Models for Kyle Busch Motorsports in 2014, as well as competing in the World of Outlaws Sprint Car Series. Moreover, he won the first WoO Sprint Car Series race of his career on May 7 at Jacksonville Speedway.

He was the first Oklahoman to win the Chili Bowl Nationals since Andy Hillenburg in 1994 when he did it in 2017. After winning the 2017 Chili Bowl, he won the Turnpike Challenge three times in a row, the last time at his home track, Oklahoma City’s I-44 Riverside Speedway.

He won the Tulsa Shootout’s Winged Outlaw Division to finish off the 2017 season. Later, he became the third player to win the Chili Bowl three times when he won again in 2018 and 2019.

He raced the Number 54 for Bill McAnally Racing in two NASCAR K&N Pro Series West starts in 2015 at Irwindale Speedway and Iowa Speedway, where he finished 15th and second, respectively. He went back to Iowa in June to compete for KBM in the American Ethanol 200 and make his Camping World Truck Series debut.

In the race’s practice session, he came in second to his KBM colleague Erik Jones and placed fifth overall. He was named Justin Boston’s stand-in for the Number 54 at Kentucky Speedway on July 8. In the Mudsummer Classic at Eldora Speedway, he prevailed over Bobby Pierce to win the first Truck race of his career.

KBM announced on October 29, 2015, that Christopher would race in the Truck Series continuously in 2016. His season got off to a terrible start at Daytona when Brandon Brown drove Timothy Peters into him on the last lap, wrecking his truck.

His truck caught the track and went on two wheels before flying into the air and performing many barrel rolls. At Atlanta Motor Speedway the next week, he was in the lead and on his way to winning when he burst a tire, ending his day. In 2016, he would only have one victory, also at Gateway. In the results, he came in third.

On September 19, 2019, he and fellow racer Chad Boat announced the launch of CB Industries, a World of Outlaws sprint car team that will field Christopher Bell’s Number 21 Mobil 1 Toyota.

Officially, this racer has not disclosed his income, salary, and net worth in public. According to some online media, his net worth is estimated at around $1 million- $5 million and he earned a salary of $525,000.

On the 2nd of February, 2020, he married his best friend, Morgan Kemenah. The couple enjoys traveling together and spending time together as a married couple. 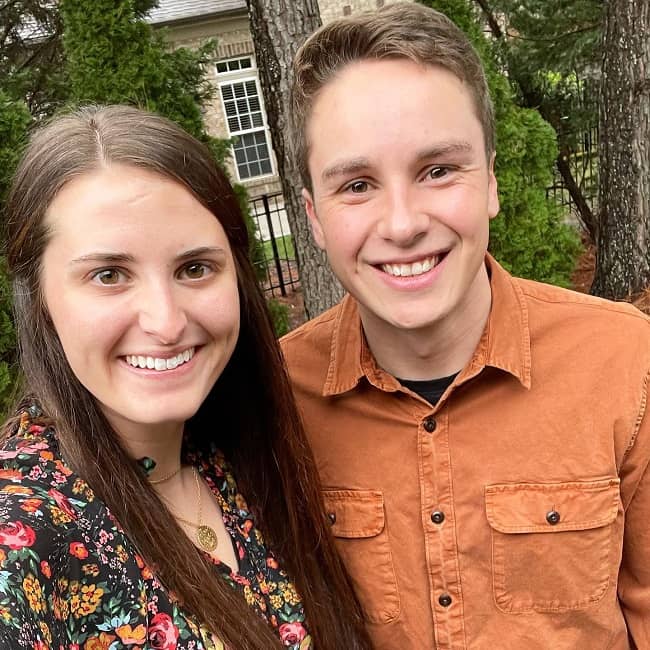 They do not, however, as of yet, have children. Christopher is fortunate to be married and there is no information available about his previous relationships.

Christopher stands 5 feet 8 inches and his weight is unknown. Moreover, this car racer has green eyes with brown hair color and there is no other information regarding his other physical appearances. 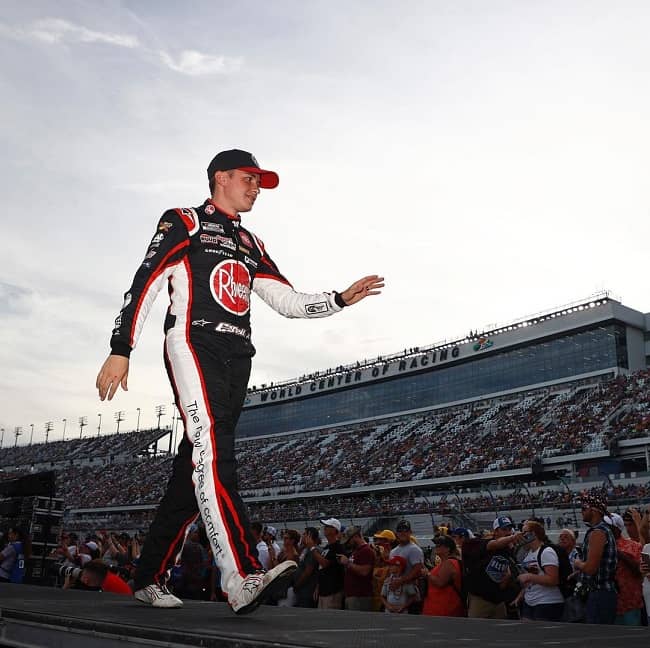