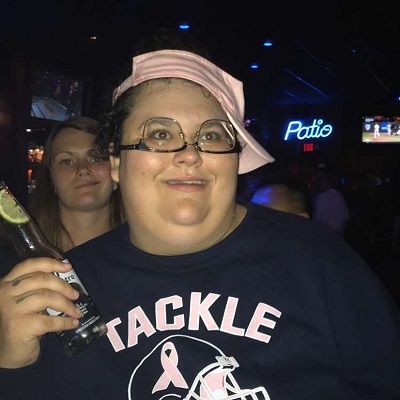 Christine Lauren Sydleko is Christina Sydelko’s full name. Christina was born on 27th March 1994, she is currently 26 years old. Her zodiac sign is Aries. Likewise, Christina was born in Chicago, Illinois, United States of America. Her nationality is American. Christina is the daughter of Pam Sydelko who has worked as a scientist throughout her life and is currently runs a consulting firm by herself. Similarly, Christine was brought up along her two siblings. She has two elder brothers. 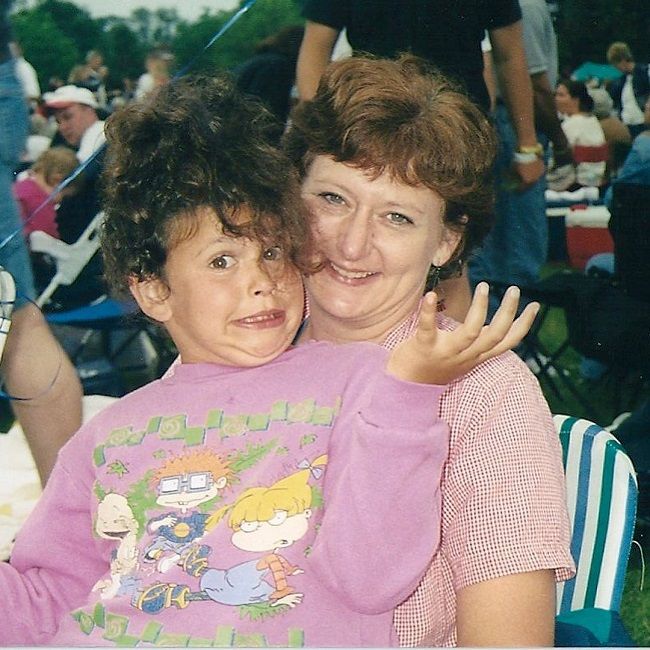 Caption: Christine with her mother during childhood. Source: Instagram

Furthermore, reflecting upon her educational background, She studied at DePaul University. She chose Digital media and cinema. However, in 2015, Christine dropped out of college and moved to Los Angeles, California to pursue her career in Comedy.

Christine eventually realized that hiding is not an option to fight against these bullies. Likewise, Christine starting posting many tweets regarding the struggles an overweight person faces daily. Moreover, she pointed out how these verbal abuses affect lives of many which often lead many to attempt suicide too. Furthermore, Christine started an online battle to protect those who are being bullied from the negative effects.

Christine rose into fame through the then-popular social media platform Vine. She initially opened an account, ‘PoyayoWithAnE’. Her short video ‘Bible Studies’ went viral and she rose into fame instantly. However, Christine had to change her vine username into ‘NotChristineSydelko’ after it got hacked. Furthermore, in August 2015, she decided to change her social media usernames into a simplifying version, ‘CSydelko’. Christine has collaborated with many fellow Vine stars like Tom Harlock, and Erin Gifoy. Furthermore, she has also collaborated with Chris Klemens, Drew Monson, Colleen Ballinger, Manual Gutierrez, Hannah Hart, Grace Helbig, and Manrie Hart. However, she had to stop her vines after the application stopped functioning.

Furthermore, Christine opened her self-titled Youtube channel on 9th June 2015, which has gained more than 1.32Million subscribers as of March 2020. Christine uploads random contents in her channel. She uploads shots videos, challenges, travel vlogs and others. Christine has uploaded her travel vlogs like, ‘LA Vlog’, ‘Disney Vlog’. Similarly also made videos ranting on many issues like, ‘Lets Rant: Sororities/Fraternities; College; Youtube Rant’. Likewise, Christine has played in TV series Maury and other short videos too.

Christine announced that if their channel hit over 1 Million subscribers she would engage with Elijah. Likewise, in 2016, their channel reached over 1 Million subscribers. Soon they uploaded a video announcing that they got engaged and would tie a knot in 2017. However, later Christine announced that it was a joke and Elijah is a gay and Christine is asexual.

In January 2017, Christine released a parody of the song ‘Closer’ by Chainsmokers along with Elijah. Their video went viral rapidly in few times. Furthermore, they collaborated with fellow Youtuber Tana Mongeau and did the parody of ‘The Maury Show’ which also became very popular among the viewers. Likewise, the comedian duo starred in Julien Solomita’s short film ‘Eat, Clay, Love’.

Moving forward, Christine was featured in Katy Perry’s music video for her song ‘Swish Swish’. Later she confessed to her fans that she had no idea that her body structure was going to be made fun of in the music video.

Christine along with her fellow co-star Elijah won the Shorty Award for the Best Comedian in 2017 for their role in the short film ‘Eat, Clay, Love’.

Furthermore, reflecting upon her net worth, some sources have estimated her net worth to be around $10Million. However, there is no information regarding her total asset value.

Christine has been a victim of her body-shaming a lot. Moreover, Katy Perry’s Swish Swish has caused her the most disgust. However, now she has gained much confidence upon herself. Christine stands the height of 77 inches tall and weighs around 110 kgs. Likewise, she is quite fond of tattoos and has engraved in some parts of her body. However, there is no information about her body measurement. 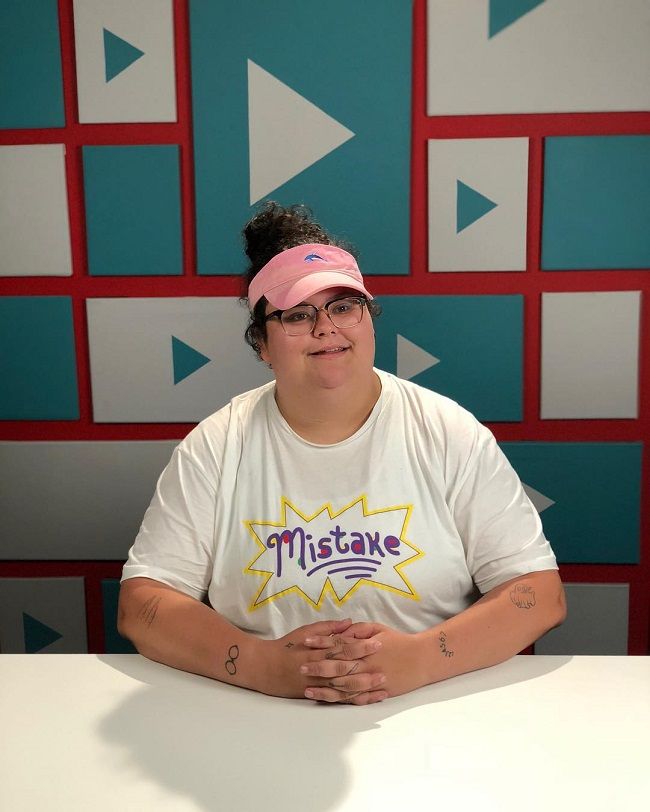 Christine is currently single. However, she had been rumored to have a romantic relationship with her ex-fellow Youtuber Elijah. But the duo has denied it and just named it as a prank as Elijah is gay and Christine is an asexual.

Christine is quite active on the social media account. However, in the past, she had an account on various social media like Vines and Twitter. However, these accounts of her do not exist anymore. Furthermore, at present Christine is present at two social media sites. Her Youtube channel name is Christine Sydelko in which she has 1.32 million subscribers. Likewise, her Instagram handle is @csydelko and has 826 followers.