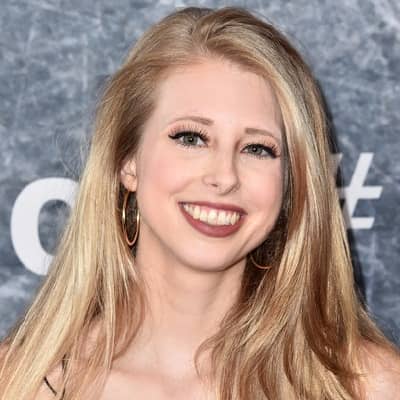 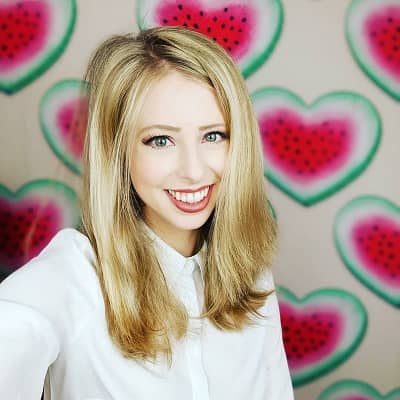 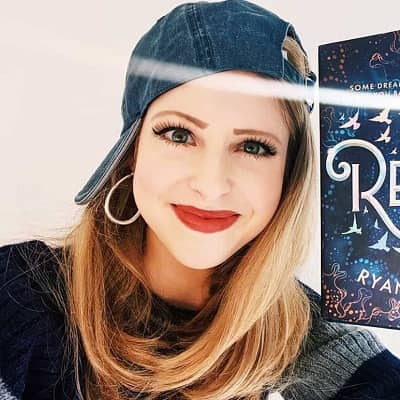 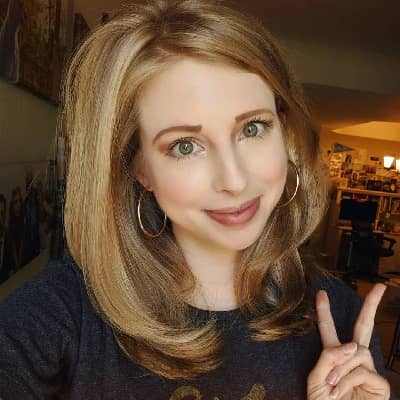 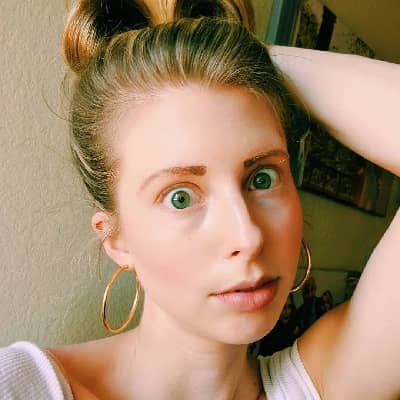 Christine Riccio turned 32 years old as of her date of birth August 4, 1990. She is originally from Montville, New Jersey, USA. She graduated with a degree in film and television from Boston University. There is no more information about her family background except that her father owns a copier-fax machine company. Moreover, she has a younger sister, Olivia, and a brother, Paul. They both have appeared in her videos. 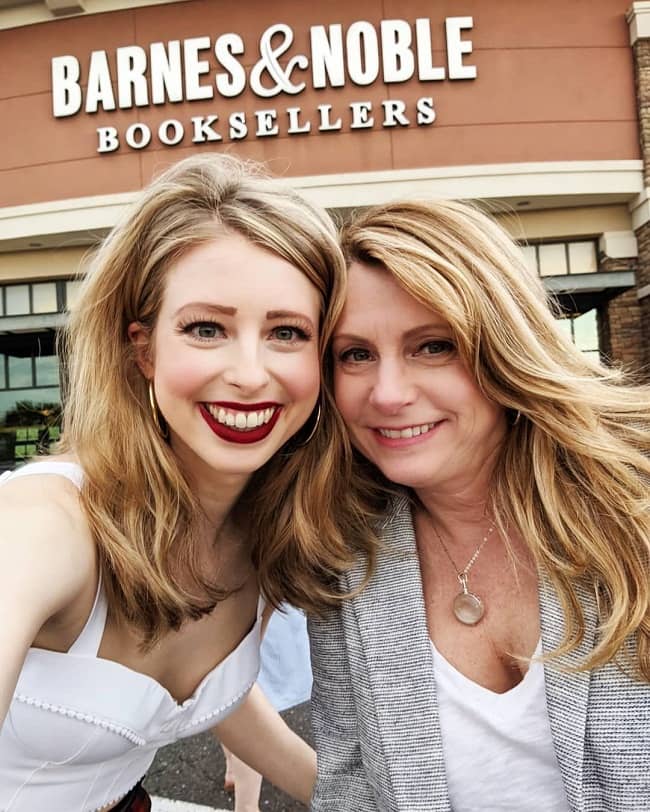 Christine Riccio often referred to as Xtinemay started her first YouTube channel ‘PolandBananas20’ on March 29, 2006. The channel was targeted towards hosting vlogs, dance videos, and just random funny videos. Therefore, she came up with the name ‘PolandBananas’ from the Poland Springs bottled drinking water and the fruit, banana to keep her real identity safe from online stalkers. ‘Backhandspring Failure’ a vlog featuring her sister, Olivia was the first video on the channel.

She followed that up by posting dance videos like ‘Lady Gaga – Poker Face’ and ‘Battlefield Music Video’. In 2009, she started getting a massive number of views for her comedic performances in the videos ‘Love Me – Justine Bieber’ and ‘Lady Gaga – Telephone Dance’. Then, ‘Forever And Always – Taylor Swift Music Video’ became the first video on her channel to get over 245k views and her subscriber base grew exponentially.

Then, she also started reviewing books and discussing plot points on her channel ‘PolandBananas20’. Her reviews of Cassandra Clare’s young-adult series ‘The Shadowhunter Chronicles’, brought in a whole new category of viewers. Furthermore, her love for books, combined with the audience liking the book reviews & discussions, led to the creation of her second channel ‘PolandBananasBooks’ on June 5, 2010.

Alongside she continued posting vlogs, dance videos, and funny skits on her first channel. Moreover, she also started featuring her brother, sister, and friends in videos like ‘Siblings / The Sequel’ and ‘Baking With Christine & Katie | Pieing for 100,000’ which have only boosted her popularity.

Further, the creation of ‘PolandBananasBooks’ was a turning point for her social media career. Her first video ‘The Short Second Life Of Bree Tanner by Stephenie Meyer: Booktalk With Xtinemay’, received more than 30K views. Mostly focusing on young-adult fiction, her book discussions started getting more and more views.

This was largely due to her fun and often comedic way of presentation. Besides, being a teenager, she was able to pull in many viewers of her age. She continues reviewing books and inspiring viewers to become readers through her ‘book talk with Xtinemay’ series and her comedic videos like  ‘Harry Potter Nerd Off With Brizzy Voices & Tessa Netting | Xtinemay’ and ‘The Noob’s Guide To Contemporary Reads’.

She is also credited by many for starting a book revolution on YouTube by starting the YouTube book club ‘Booksplosion’ along with YouTubers JesseTheReader and Katytastic. Also, she is undoubtedly one of the most popular BookTubers on YouTube and her popularity is only on the rise. 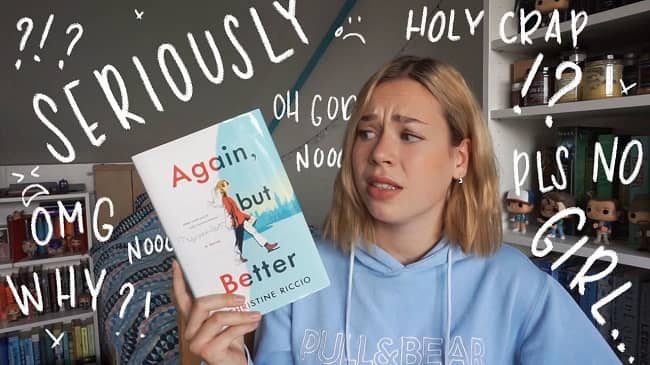 Additionally, she has also ventured into writing. Her first essay, a reimagining of fairy tales from the villain’s point of view was included in the young-adult anthology ‘Because You Love To Hate Me’. Concurrently, she started writing her novel in 2016. And finally announced on August 7, 2018, that the book will be released on May 21, 2019.

The debut novel entitled ‘Again, But Better is a coming of age story of the protagonist Shane, who finds happiness in her life through courage and a little touch of magic. Moreover, she was selected by Ford to be a Fiesta Movement Agent. There, Ford covers gas, insurance, and other fees for her to drive around in a 2014 Ford Fiesta.

Talking about her personal life, Christine is dating a handsome guy. She often posts their photos on her Instagram page. But, she hasn’t shared his name yet. However, she wished him Valentine’s day by posting their amazing picture. Moreover, on April 3, 2020, she wished her boyfriend and captioned:

“My charming, wonderful, handsome boyf IS 30 TODAY ❤️?❤️ THE big 3-0. because we obviously can’t go anywhere he’s having a party on animal crossing ? and I made a cake and we did a Harry Potter puzzle. it’s been a sweet chill time! Happy Birthday Juan!!!! I hope this fourth decade of life is the best yet? ??????????”

They are spending a very good time together. She keeps featuring him on her social media profiles. 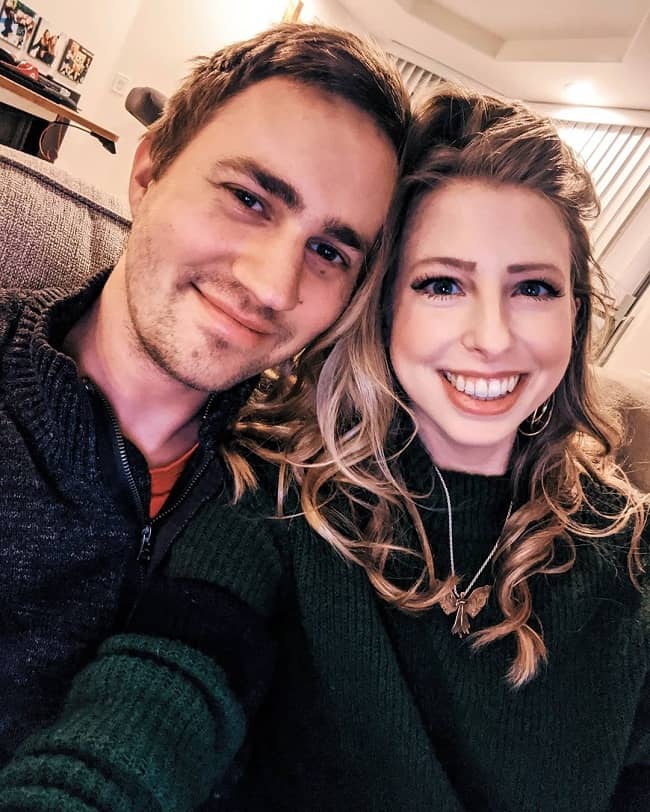 Riccio has a good body figure. She has an amazing and attractive personality. She has not shared the information regarding her body measurements. However, she has quite a tall height and matching weight that suits her body physique very well. Moreover, she has blonde hair and big hazel eyes.

This amazing personality surely makes a good amount of money for herself. She has an estimated net worth of around $1 million – $5 million.