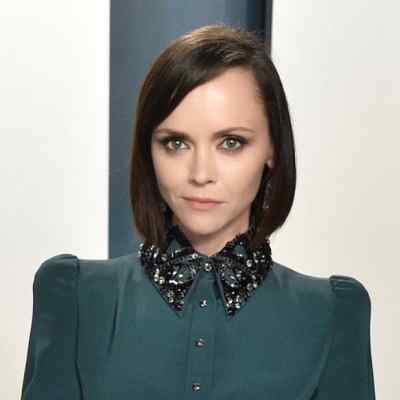 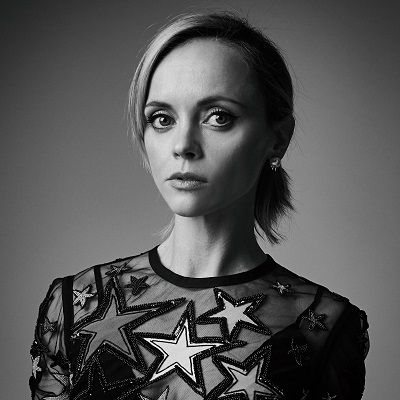 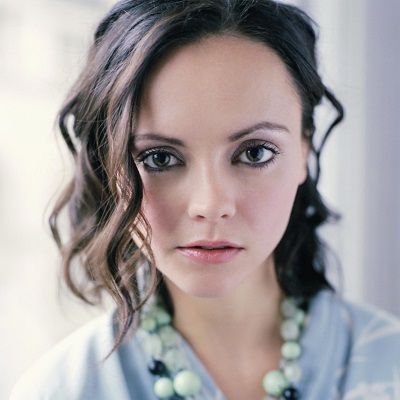 Christina Ricci is an American actress as well as a producer. Christina Ricci is best known for her unnerving performance in her debut film Mermaids. She is also famous for portraying unconventional roles with a dark edge. She holds several accolades including Golden Globe, Primetime Emmy, and more.

She was the youngest of four children of Sarah, a realtor, and Ralph Ricci, a lawyer, and therapist who divorced in 1993.

Actually, her mother worked as a model in the 1960s before pursuing a real estate career. She herself is an American actor-producer. 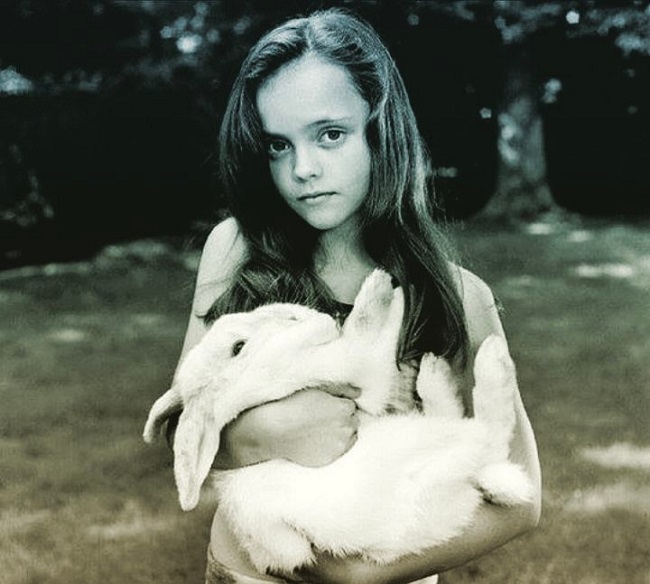 Furthermore, she wore braces on her teeth during her childhood and she also suffered from anorexia. However, this did not deter her from becoming a great actor.

Moreover, she suffers from botanophobia, which is a rare phobia in which persons fear plants. She has admitted to being particularly afraid of house plants.

Child star Ricci started her schooling at Edgemont Elementary School. She continued her studies at Glenfield Middle School, Montclair High School, and the Morristown-Beard School before leaving for the Professional Children’s School in New York.

As she engaged in the acting profession so she was never able to complete her schooling.

The NewYork, I Love You actress Ricci dated many guys during her acting days including actors like Chris Evans, Kick Gurry, etc. She dated Adam Goldberg in 2003 and the two parted ways in 2007.

She even engaged to comedian and actor Owen Benjamin in March 2008 who she met while acting in the movie All’s Faire in Love. However, they called off their relationship in June 2009.

Later in February 2013, Ricci announced her engagement to James Heerdegen, whom she met while working on the series Pan Am in 2012.

They married on October 26, 2013, in Manhattan and have been living happily ever since with a son Freddie born in August 2014. 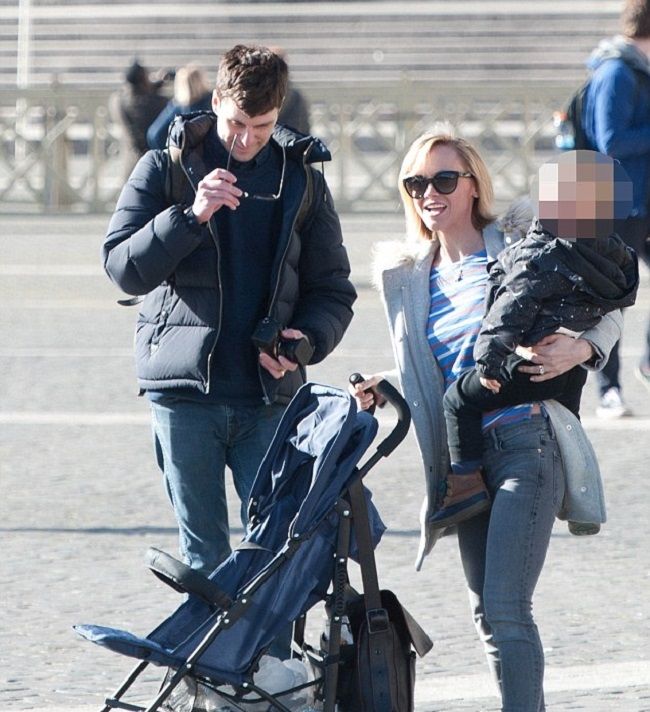 Caption: Christina Ricci enjoying a day out with her family. Source: DailyMail

Her dress size, shoe size, and bra size measure 4 US, 6 US, and 32c. She rocks beautiful hazel eyes and dark brown hair looks. Besides she has a tattoo of a lion on the right shoulder blade.

She is very fond of tattoos and she has additional tattoos on various parts of her body like the shoulder, wrist, back, breast, hip, and thigh.

As a child actress,  Christina grew up in a glam life. She says she is glad social media didn’t exist back then but her beauty and talent have earned her a lot of fan following on the social media sites like Instagram, Facebook, and Twitter.

Ricci kick-started her career at the age of 8 by acting in commercials. But even before that, she discovered a local theater critic when she starred in a school production of The Twelve Days of Christmas.

Not long after, she was approached by director Richard Benjamin who cast her as Cher’s younger daughter in Mermaids. For this role, she won a Young Artist Award as Best Young Actress in a Supporting Role.

She even shined out more from her next TV series ‘The Adams Family‘ as Wednesday Addams, a precious child in the 1991 film. Besides this, she also appeared in movies like ‘Casper’, ‘And then and Now‘ as a child actress. 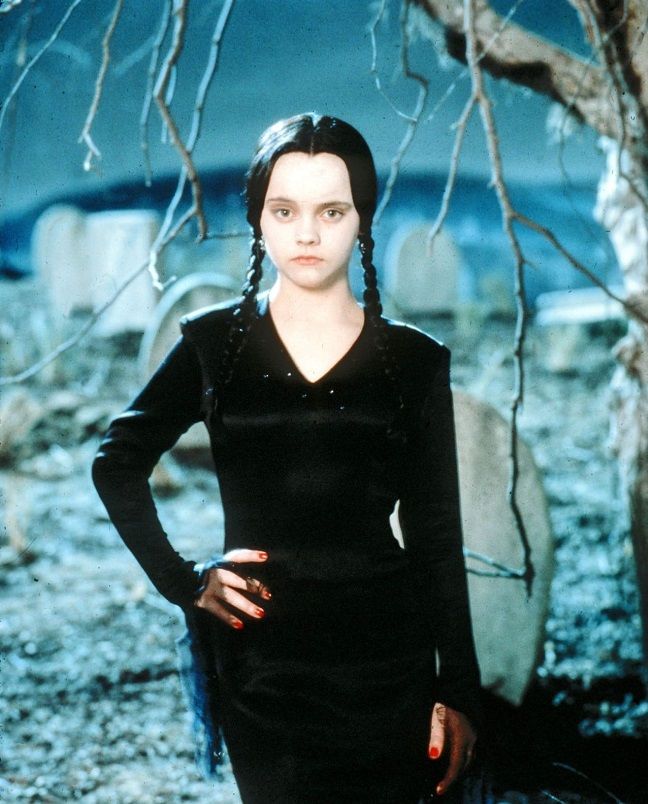 She grew up in the cinematic world making appearances in many films and TV shows. In 1997 she played Wendy Hood in the movie ‘The Ice Strome‘ in which her performance stood out.

Unlike so many child stars, she didn’t fade into oblivion when she entered into adulthood.

Although she seems like a girl with ever-upgoing career success, she has had her downfalls too. She has been turned down for many roles including Lolita in Lolita (1997), Batgirl in Batman and Robin, Rose in Titanic as well as roles in Jurassic Park and Little Women.

Moreover, she has even given her voice in many different movies like Alpha and Omega, The Smurfs 2, The Hero of Color City, and Teen Titans: The Judas Contract.

In the year 2014, Ricci appeared in Lizzie Borden Took an Ax. Subsequently, she played in the independent drama Mothers and Daughters.

Lately, she has taken on a twist of notorious figures from history. In 2014, she acted as the titular Victorian-era murder suspect in Lifetime’s TV movie “Lizzie Borden Took an Ax,” and reprised the role for the network’s miniseries “The Lizzie Borden Chronicles” a year later.

Ricci has starred in another Lifetime TV movie set in the Victorian era. In “Escaping the Madhouse: The Nellie Bly Story,” she portrayed the pioneering investigative journalist who famously faked insanity to find the deplorable conditions in a women’s asylum and then published a disturbing account of her experience.

In 2018, Ricci starred opposite John Cusack in the psychological thriller Distorted as a woman suffering from bipolar disorder.

The film got mixed reviews from critics, who admitted that Ricci’s performance was its biggest asset.

More, in 2019, she acted in the television show Escaping the Madhouse: The as Nellie Bly. Further, she will be appearing in 50 States of Fright and  Yellowjackets in 2020.

Likewise, in 2020, she made her appearance in the film roled Abigail in 10 Things We Should Do Before We Break Up.

Despite being a well-established actress, she is 2003, decided to try her hand at directing. This enthusiasm came true with The Speed Queen (2004), in which she directed and alongside played the lead role of Marjorie Standiford, a woman only hours away from her execution on death row.

In 2017, Ricci produced Amazon’s Zelda Fitzgerald bio-drama “Z: The Beginning of Everything,” which even allowed her to portray the Jazz Age muse.

She was even awarded the Young Hollywood Award for Hottest Coolest Young Veteran in 2001.

This celebrated actress has even earned nominations in Golden Globe, Primetime Emmy, Screen Actors Guild, and Independent Spirit Award for her outstanding performance in Hollywood.

Starting a career at the very young age of 8, she has earned herself a net worth of $18 million dollars.