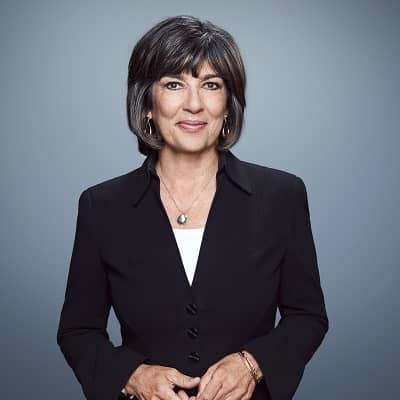 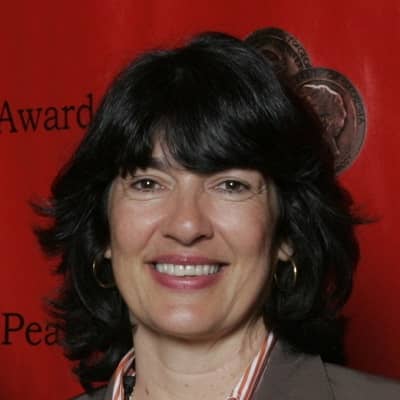 Christiane Amanpour is a British-Iranian journalist and television anchor. Christiane Amanpour is well-known around the world for her bravery in reporting multiple wars from some of the world’s most dangerous locations and hosting programs on ABC, PBS, and CNN. She received multiple honorary degrees and awards for her contributions, including Peabody Awards and an Edward R. Murrow Award.

Christiane Amanpour was born in Ealing, Middlesex, England on January 12, 1958, and is currently 64 years old. Christiane Maria Heideh Amanpour is her given name. Her country of origin is the United Kingdom. Amanpour is of mixed heritage and was born under the sign of Capricorn.

Similarly, she lived in Tehran, Iran with her sisters till she was late teens/the early twenties, as the eldest of four daughters to her English mother Patricia Anne Amanpour, and her Iranian father Mohammad Amanpour. She was raised in a wealthy household as a child.

Her parents enrolled her in Holy Cross Convent, an all-girls school in Chalfont St Peter, Buckinghamshire, England, when she was 11 years old. When she was sixteen years old, she moved to New Hall, England’s oldest girls’ Catholic school. Likewise, her family was forced to depart Iran during the Islamic Revolution in January 1979, losing everything they owned in the process. This incident influenced her decision to pursue journalism as a career.

In 1983, Christiane Amanpour began her career at CNN as an entry-level desk assistant on the foreign desk. Her first difficult assignment as a correspondent was to cover the Iran-Iraq conflict. She was transferred to Eastern Europe in 1986 to cover a report on the demise of European communism. She reported on the democratic upheavals that swept Eastern Europe in 1989. By 1990, her outstanding performance had propelled her up the corporate ladder, and she had become a journalist for CNN’s New York bureau.

Similarly, her big break as a journalist came when she covered the Persian Gulf War, which garnered her international notoriety. Her report from the Bosnian War and other conflict zones came after that. CNN’s chief international correspondent, Amanpour, was honored (1992- 2010). She was the host of CNN International’s Amanpour, a daily interview show (2009-2010). From 1996 through 2005, Amanpour contributed to the CBS newsmagazine 60 Minutes regularly.

Likewise, she became the host of ABC News This Week after leaving CNN in 2010. She did, however, leave her position as an anchor in December 2011 due to low ratings. While continuing to serve as a global affairs anchor at ABC News, Amanpour began anchoring a show on CNN International in 2012. Her show Amanpour debuted on PBS in 2017 as a replacement for Charlie Rose’s show. She was the host of the show Amanpour and the company in 2018. Moreover, she starred in the films and television shows Gilmore Girls, Iron Man 2, and Pink Panther 2 herself. 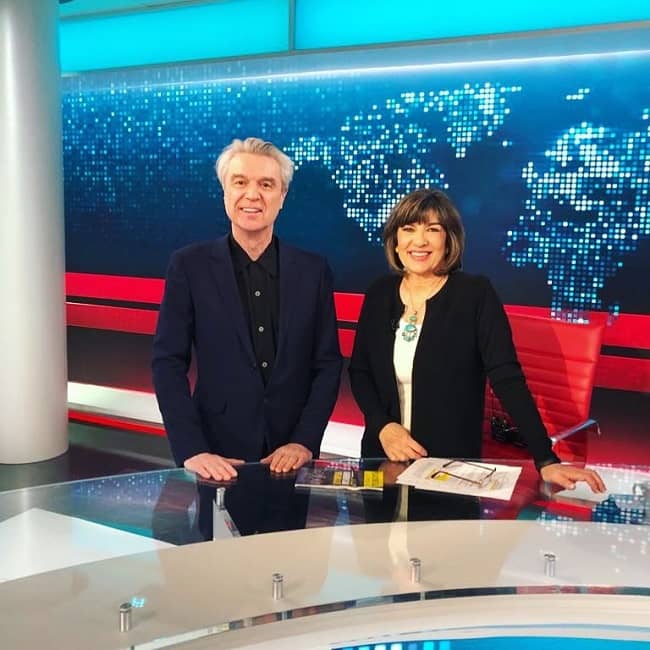 She has won praise from people all across the world for her dedication to her work. She is not only intelligent, but she is also fearless enough to talk in front of a crowd. Similarly, she makes the most of her money from her television shows and news appearances.

She has an estimated net worth of $18 million. Her annual compensation at CNN is rumored to be $5 million.

Darius John Rubin, their son, was born in the year 2000. However, the pair divorced in 2018. She was diagnosed with ovarian cancer, which she had surgically removed, and is currently undergoing chemotherapy for several months.

Christiane Amanpour has kept a fit and healthy body even at the age of 63. She stands roughly 5 feet 7 inches tall and weighs around 65 kilograms. Her physique is in good shape, with measurements of 36-25-39 inches. Her skin is brown, and she has black hair and black eyes.