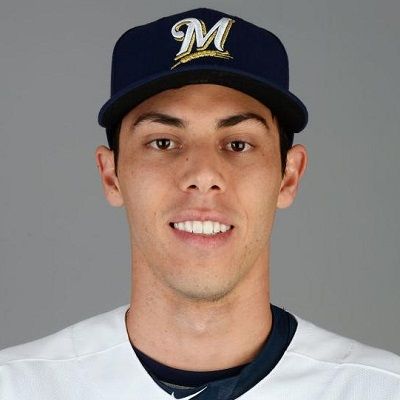 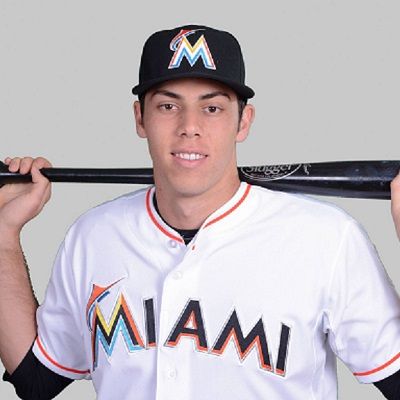 Christian Yelich, whose full name is Christian Stephen Yelich is an American professional baseball player. Christian Yelich currently is an outfielder at Milwaukee Brewers of Major League Baseball (MLB) and he has the field experience of 7 years.

Christian Yelich’s full name is Christian Stephen Yelich and he was born on December 5, 1991, in Thousand Oaks, California. He was brought up by mother Acecie Yelich. However, there is no information about his father. Christian has 2 brothers Collin and Cameron.

Christian Yelich’s maternal great-grandfather was American football player Fred Gehrke. One of his uncles, Chris Yelich, played football for the UCLA Bruins. Similarly, Christian is the oldest of three children. One of his brothers, Collin, was selected by the Atlanta Braves in the 2015 Major League Baseball draft. 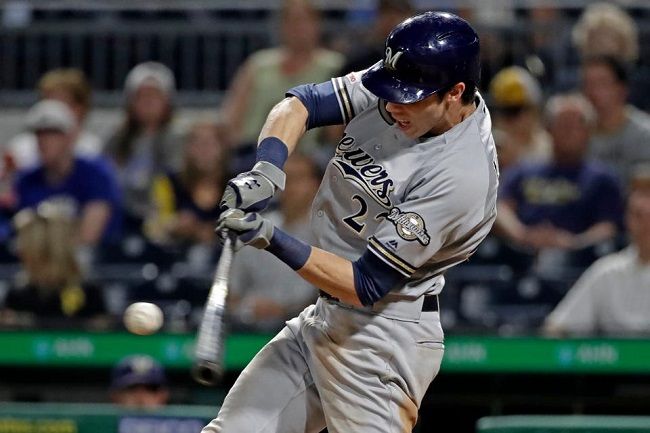 Milwaukee Brewers’ outfielder Yelich attended Westlake High School for education. Since the high school days, Yelich played baseball for the school team. He started baseball in the freshman year kept on growing better every year. As a senior, he batted 451 in  37 hits, 9 strikeouts, and 8 home runs in 82 at-bats.

Consequently, Max Preps named him to second-team All- American. Moreover, he was enlisted in the top 100 players in the nation in high school at 34th position. Impressed by his performance in the baseball field, the University of Miami offered him a scholarship to play collegiate baseball.

Although Yelich was offered a scholarship, he was drafted by the Marlins 23rd overall in the 2010 Major League Baseball draft. Yelich played six games for the Gulf Coast League Marlins. During this, he got nine hits and seven strikeouts with a batting average of .375. After that, he advanced to Class-A.

Then in 2010, he played 6 games for the Greensboro Grasshoppers. He showed extraordinary performance in the 2011 and 2012 Marlins’ Minor League and was able to claim the player of the year in both the years. In the following year 2013,  Marlins promoted Yelich to the major leagues from the Double-A Jacksonville Suns.

His success kept on reaching new heights. in 2014 he became the franchise’s youngest ever player and first outfielder to win Gold Glove Award. Impressed with his talents Marlins finalized a seven-year, $49.57 million contract extension with Yelich. But he had to struggle the 2015 season due to his injury and ended with a .300 average.

In the year 2018, the Marlins traded Yelich to the Milwaukee Brewers. After batting .285 with 11 home runs, 36 RBIs, and 11 stolen bases he was named to the 2018 MLB All-Star Game. In the year 2018 Yelich hit his first career grand slam against the Washington Nationals. In the same year, he hit for the cycle, against the Cincinnati Reds and became the fifth player in MLB history to hit two cycles in the same season and the first player in MLB history to do so against the same team.

The 2018 season ended with great achievements for Yelich. He finished it with a .326/.402/.598 slash line, 36 homers, and 110 RBIs and even won the first NL batting title in Brewers history. But fell short of a triple crown with a narrow margin.

In the 2017 World Baseball Classic, Yelich played for the United States national baseball team. Consequently, after the tournament, he was named to the All-World Baseball Classic team. Apart from this, he was selected to play with the MLB All-Stars at the 2018 MLB Japan All-Star Series, which he had to unfortunately withdraw.

Yelich has been a brilliant star in his field. His dedication to his game has always been fruitful. In 2014 he became Marlins’s youngest player and first outfielder to win the Gold Glove Award. He has been able to earn Silver Slugger Award twice in 2016 and 2018.  Similarly, he has received the National League batting title and National League annual Hank Aaron Award in the year 2018.

All of Christian’s earning comes from his baseball career. Through 19 years of hard work and dedication in baseball, he has been able to earn a net worth of $13 million.

Christian will be paid deferred money by Brewers until 2042

Milwaukee Brewers will be paying the all-star outfielder till he is 50 years old. They will pay Christian Yelich until the year 2042. Christian’s $215 million, nine-year contract with the team calls for the Brewers to defer $4 million each year from his $26 million annual salaries from 2022 to ’28. The deal includes a $20 million mutual option for 2029 with a $6.5 million buyout, and $2 million of the buyout would be deferred.

His new deal includes salaries of $12.5 million for this year and $14 million in 2021. It is the same as in the last two guaranteed seasons of the nearly $49.6 million, seven-year contract he signed in March 2015 with Miami. None of that money will be deferred. The outfielder would also get $100,000 for winning the MVP award, $75,000 for finishing second in the voting and $50,000 for third. Moreover, he won the 2018 NL MVP and was second in last year’s balloting.

Additionally, Christian would get $50,000 each for All-Star selection, World Series MVP, Silver Slugger, Hank Aaron Award, and Comeback Player of the Year. He would also get $25,000 apiece for League Championship Series MVP and Gold Glove. As part of the agreement announced Friday, 6th March 2020, Yelich has the right not to be traded without his consent. He also gets four premium tickets for 20 mutually agreed upon regular-season games annually.

“I made two decisions in my life that I felt were right at the time. Chances are I’m probably never going to see free agency. That’s just how my career went.”

The 28-year-old Yelich likes to keep his personal life away from the media. He doesn’t discuss his relationship status in public. Thus it can only be assumed that he is single. Currently, he is focusing on the career and enjoying his single life. 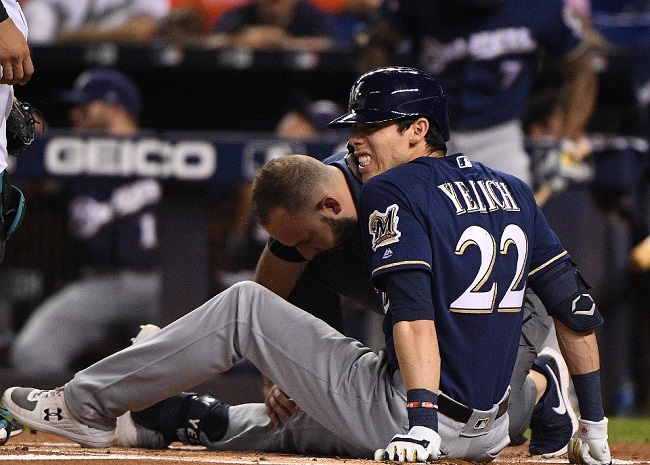 Caption: Yelich is checked out by the medical staff after an injury from ball deflection.
Source: Forbes

In July 2016, Yelich’s name came up in a Twitter-related sex-tape scandal. But the young player denied to the media any kind of involvement in the scandal. Apart from this, in 2018 when Manny Machado was accused of foul play, it was reported that Yelich called out Machado without hesitating.

Being an international baseball player, Christian has maintained a fit athletic body. He stands 6’3″ inches tall in height with body weight 88kg or 195 lbs. He has dark brown eyes matching the color shades of his hair. 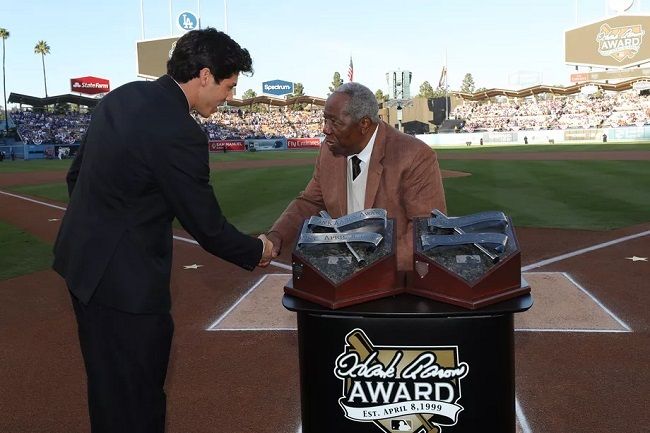 A sportsman who is also very good looking is sure to have a huge fan following. Yelich stays connected to his fans via different social media sites. He has earned 614k followers on Instagram, 181.2k on Twitter, and 13.8k on Facebook. Further, he joined Twitter in November 2011 and as of March 2020, he has shared 192 posts on his Instagram.