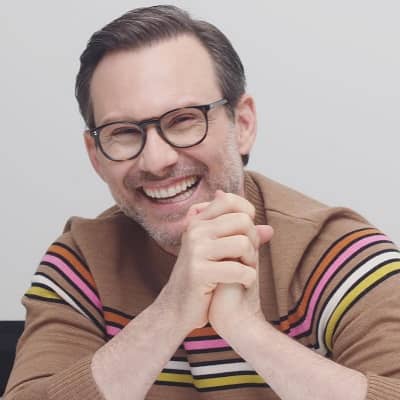 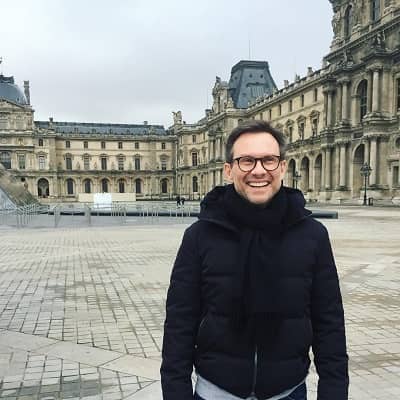 Christian Slater is an American actor and producer who is popular for his stellar performances in both television and films. Christian Slaters’s talent as an actor was immediately recognized as he bagged meaty roles in several big-budget productions throughout the 1990s, including ‘Robin Hood: Prince of Thieves, ‘Interview with the Vampire’, ‘FernGully: The Last Rainforest’, ‘Broken Arrow’, and ‘Hard Rain’.

The talented actor was born on August 18, 1969, in New York City, NY. Christian Slater holds an American nationality and has a Leo sun sign. Similarly, his age is 52 years. He was born to Michael Hawkins and Mary Jo Slater. While his father was an actor, his mother was an acting agent then a cast executive and producer. Slater gained his education from Dalton School and the Professional Children’s School before enrolling at the Fiorello H. LaGuardia High School of Music & Art and Performing Arts.

Following the footsteps of his father, Slater found his first acting role in the ABC soap opera ‘One Life to Live.’ He was just eight years old then. He then made his Broadway debut as the lisping Winthrop Paroo opposite Dick Van Dyke in the 1980 revival of ‘The Music Man.’ The debut was soon followed by other Broadway stage shows including ‘Copperfield’, ‘Merlin’, ‘Macbeth’, ‘Side Man’, and ‘The Glass Menagerie.’ In addition, he performed in London’s West End in ‘One Flew Over the Cuckoo’s Nest and ‘Swimming With Sharks.’ In 1985, Slater’s big breakthrough came in with the film ‘The Legend of Billie Jean.’ In it, he played the character of Billie Jean’s brother ‘Binx.’

It was in the 1986 film ‘The Name of the Rose’ that Slater established his status as an actor. Starring alongside Sean Connery, he played the role of Connery’s apprentice monk while they investigate a series of murders at a Benedictine abbey. Next, he was seen in a few films including ‘Tucker: The Man and His Dream’, ‘Beyond the Stars’ and ‘Gleaming the Cube’, the last one being his first film as a lead actor. Though Slater was a few films old by the late 1980s, a major hit eluded him until 1989 when he starred in the dark comedy ‘Heathers’. Following ‘Heathers’, Slater did similar roles of troubled youth in a couple of films such as ‘Pump Up the Volume’, and ‘Young Guns II.’

In 1991, he scored his biggest box office hit till then with the Hollywood big-budget production ‘Robin Hood: Prince of Thieves’. Starring alongside Kevin Costner, Morgan Freeman and Alan Rickman, Slater played the character of Will Scarlet. The superlative success of the film had a major impact on Slater’s career as an actor as well, as he became enlisted as one of the major A-list stars of the 1990s. His career continued to be on a roll as he starred in several hit films in the following years including ‘Mobsters’ and ‘Kuffs.’ Being a big Star Trek fan, Slater jumped at the opportunity to play a minor role in ‘Star Trek VI: The Undiscovered Country.’ Since 2000, Slater has worked mainly in low budget films as a lead actor though he has also starred as a supporting actor in mainstream productions occasionally such as ‘Bobby’ and ‘3000 Miles to Graceland.’

In the 2000s he did television roles regularly, starring in the successful TV series ‘The West Wing’ and ‘Alias.’ Also, other TV series including ‘The Adventures of Jimmy Neutron’, ‘My Own Worst Enemy’ and ‘The Forgotten.’ Beginning from 2011, he has been a part of several hit projects including ‘The River Murders’, ‘Soldiers of Fortune’, ‘Bullet to the Head’, ‘The Power of Few’, ‘Nymphomaniac’, ‘Ask Me Anything’, and ‘The Adderall Diaries.’ ‘King Cobra’ was his most recent appearance on the big screen as of January 2017. Since 2015, he is playing a computer hacker, ‘Mr. Robot’, in the highly acclaimed television series called ‘Mr. Robot’. Of late, Slater has given his voice to three television shows including ‘Jake and the Never Land Pirates’ as the Grim Buccaneer, ‘The Lion Guard’ as Ushari and ‘Milo Murphy’s Law’ as Elliot Decker. 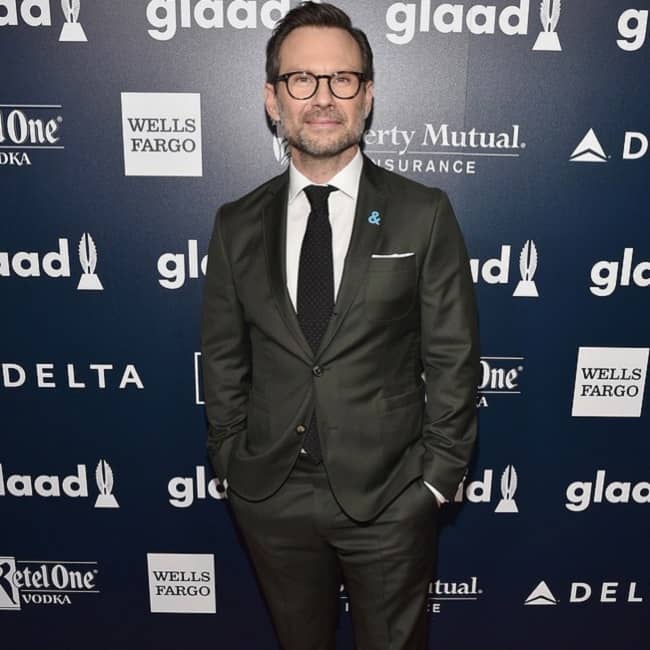 In 1993, Christian Slater won the MTV Movie Award in the categories ‘Most Desirable Male’ and ‘Best Kiss’ (with Marisa Tomei) for ‘Untamed Heart.’ He won the Slate Award for Best Male Performance for ‘Very Bad Things’ in 2000. Slater’s first Golden Globe Award came in 2016—almost three decades since his debut—in the category Best Supporting Actor – Series, Miniseries, or Television Film for ‘Mr. Robot’. His stellar performance in the show also earned him the Satellite Award for Best Supporting Actor – Series, Miniseries, or Television Film.

Christian Slater is a successful actor and his hard work has paid him. He has a net worth of $30 million. The talented actor has earned all his wealth from his profession. Also, the film ‘Robin Hood: Prince of Thieves’ was a commercial success, grossing US$390 million worldwide.

Christian Slater has had a romantic relationships with numerous personalities including actresses Winona Ryder and Samantha Mathis, and model Christy Turlington. He finally tied the nuptial knot with Ryan Haddon in 2000. The couple had two children, Jaden Christopher, and Eliana Sophia. However, things deteriorated between the two as they headed for a split in 2005. Two years later, Slater and Haddon officially divorced. In December 2013, Slater married Brittany Lopez after their two years of relationship. 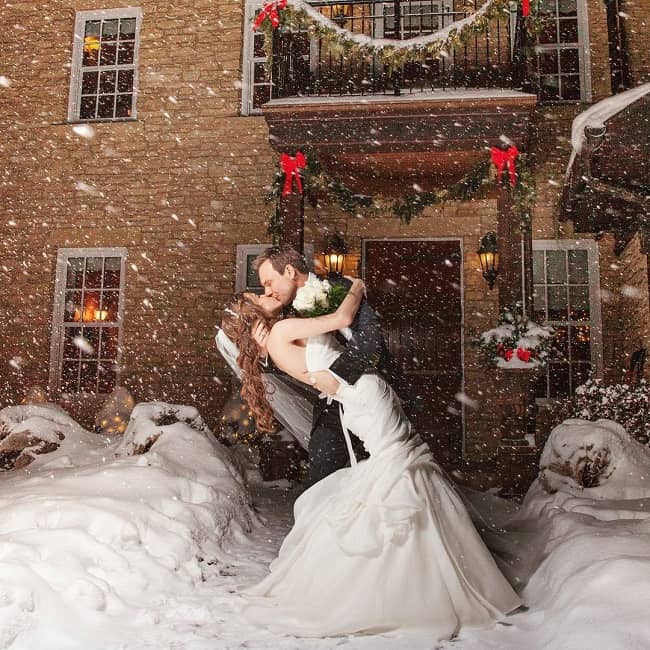 Acting in a West End revival of David Mamet’s potty-mouthed Glengarry Glen Ross appears to have rubbed off on Christian Slater who has called a journalist a “salacious c—” after having his past indiscretions probed at. Referencing a moment earlier in the interview in which Slater revealed he has “no regrets” about his past, Hines asked him to clarify, particularly as he was once jailed for beating his girlfriend. “What a salacious c— this guy is!” Slater shot back, before reportedly being ushered out of the room by his publicist.

Slater later emailed Hines apologizing for his behavior, writing: “the question of regret is hard for me to reckon with. I do regret my words this morning”. Slater has had several run-ins with the law during his fame. He was arrested variously for drink-driving and carrying a gun onto an airplane. Also, with serving 59 days in prison for the assault of his girlfriend at the time and a police officer while under the influence of tequila and cocaine. In 2005, he was arrested again, for harassing a woman in the street, though the charges were later dropped.

Regarding his body measurement, Christian Slater stands the height of 5 feet 9 inches tall. He has a weight of 80 kg. His chest size is 40 inches, waist size is 33 inches, and the biceps size is 12 inches. Moreover, he wears a shoe of size 10 US. Also, the actor has a pair of hazel eyes and brown hair. His special feature is that he has a white beard on his face. The actor looks healthy and fit and he has a slim and good body type.