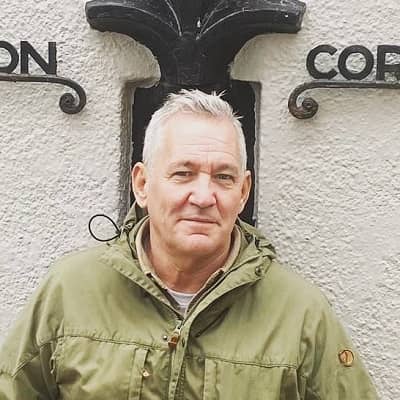 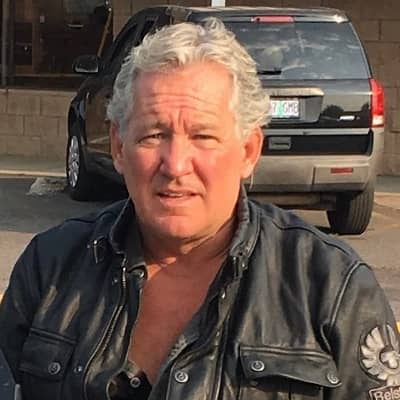 Chris Ryan is a British author, television presenter, security consultant, and retired Special Air Service sergeant. Moreover, Chris Ryan is popular for appearing in Strike Back (2010), Ultimate Force (2002), and The One That Got Away (1996).

Chris Ryan was born in 1961, in Rowlands Gill, County Durham, England, United Kingdom. According to his date of birth, he is 60 years old and holds British nationality.

His birth name is Colin Armstrong. However, there is no information regarding his early childhood life, parents, and siblings.

Talking about his academic career, Ryan attended Hookergate School. At the age of 16, this man joined the British Army. His cousin was a reservist in the 23 SAS Regiment. And he offered Ryan to come and “see what it’s like to be in the army.”

Ryan did this practically every weekend, nearly passing selection several times, but he was too young to continue and do ‘test week.’ He passed selection into 23 SAS when he was old enough.

Soon after, he began training with the regular 22 SAS Regiment and assigns to the ‘B’ Squadron as a medic.

Moreover, he and a soldier who had joined 22 SAS from the Royal Navy required a parent regiment, so they spent eight weeks with the Parachute Regiment before returning to the ‘B’ Squadron.

He spent the following seven years with the SAS, doing both covert and overt operations around the world. One such example was the training of Khmer Rouge members to fight against the Vietnamese in Southeast Asia during the 1980s. 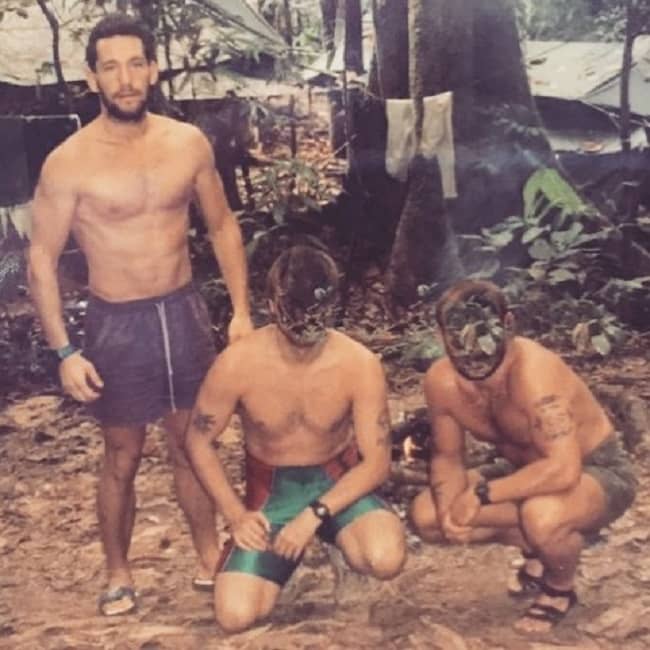 Caption: Chris Ryan during his SAS Training along with his friends (Source: Instagram)

During the Gulf War, he was a member of the fateful eight-man SAS patrol known as Bravo Two Zero. The patrol was deployed into Iraq to “gather intelligence,… find a good LUP (lying up position) and set up an OP” on the main supply route (MSR) between Baghdad and North-Western Iraq, to eventually take out the Scud TELs.

They were, however, compromised and had to retreat to Syria on foot. Ryan set a SAS record for the “longest escape and evasion by a SAS trooper or any other soldier.” Traveling 100 miles (160 kilometers) more than SAS trooper Jack Sillito in the Sahara Desert in 1942.

Moreover, he ran 300 kilometers (190 miles) from an observation station on the Iraqi MSR between Baghdad and North-Western Iraq to the Syrian border. He was injured during his escape from drinking water polluted with nuclear waste.

Moreover, he did not return to operational duty after suffering from severe muscle atrophy and losing a possibly deadly 36 lb (16 kg). Instead, before being honorably retired from the SAS in 1994, he selected and trained future recruits.

Ryan was also part of a SAS force assigned to guard the British Embassy in Kinshasa, Zaire. The team’s mission was to ensure that all British diplomatic personnel was safely removed from the nation before the outbreak of the First Congo War.

The operation was supposed to take three days but ended up taking a month.

After leaving SAS, he has written The One That Got Away, which covers the account from his patrol report of the Bravo Two Zero mission. Ryan, a best-selling author, has published over 70 books, including fiction and nonfiction.

Many of his works, including the fictional work Strike Back (2007), which makes it into a TV drama, and Firefight (September 2008). He also writes Teen books, such as the Alpha Force Series and “Code Red” and has published a romantic novel, The Fisherman’s Daughter, under the pen name Molly Jackson. 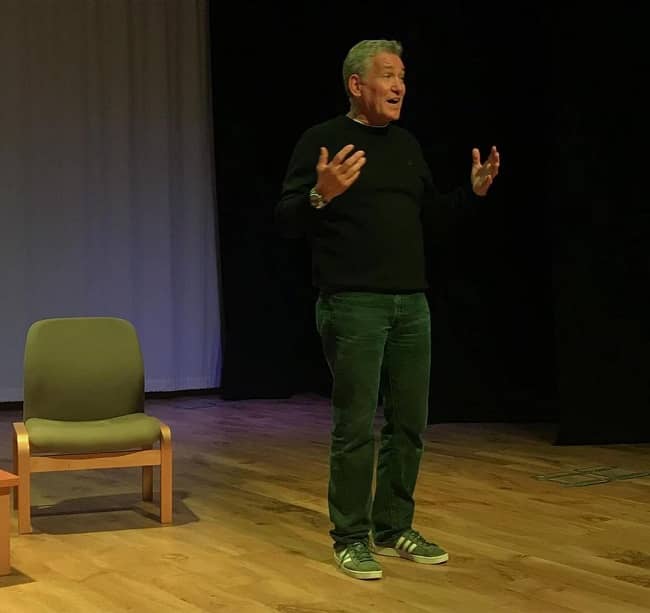 In addition, he has also contributed to several television shows and video games in addition to his writing. Moreover, he co-created and appeared in ITV’s action series Ultimate Force in 2002.

He plays the Blue Troop leader Staff Sergeant Johnny Bell in the first series. As well as serving as the military adviser for the video game I.G.I.-2: Covert Strike, assisting in the game’s accuracy to real-life military operations, tactics, weapons, and equipment.

He trained and managed a six-man team to represent Team GB at Sure for Men’s Extreme Pamplona Chase in Spain during the Running of the Bulls in 2007. In addition, he also appeared in an episode of Derren Brown’s Mind Control with Derren Brown.

In which he booby-trapped a course for Brown to follow while blindfolded. Ryan hosted the Bravo television series Elite World Cops, better known as Armed and Dangerous, which aired in 2008.

In the show, he spends time with various law enforcement organizations around the world. And gains insight into the battle between terrorism and the drug trade from the perspective of a law enforcement officer.

Ryan was awarded the Military Medal on 29 June 1991 “in recognition of gallant and distinguished services in the Gulf in 1991.” But the award was not gazetted until 15 December 1998, along with Andy McNab’s Distinguished Conduct Medal. 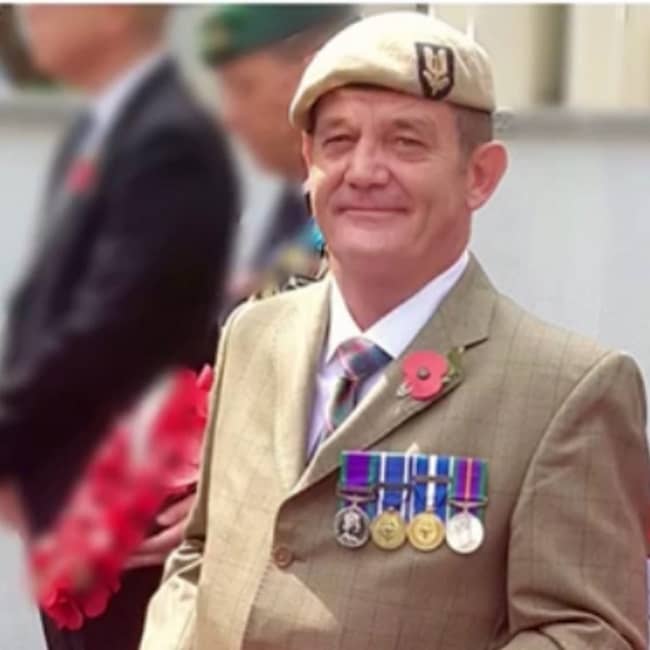 Being a retired military officer, author, and television personality, he has earned a huge sum of money. As of 2022, his net worth measures at around $5 million and his primary income comes from his military pension and author.

Talking about his relationship status, Ryan is a married man. But has not shared information regarding his wife. With his marriage, he has a daughter whose name is unknown.

He suffered post-traumatic stress disorder as a result of his experiences in Iraq. Moreover, he gets advice not to have children in the future after drinking radioactive water during his Bravo Two Zero escape.

However, this former military personnel is not a part of controversy or rumors and currently focuses on his career.

Ryan stands 6 feet 2 inches tall. Moreover, he has salt-pepper hair with grey eyes color and there is not much more information regarding his other body stats.