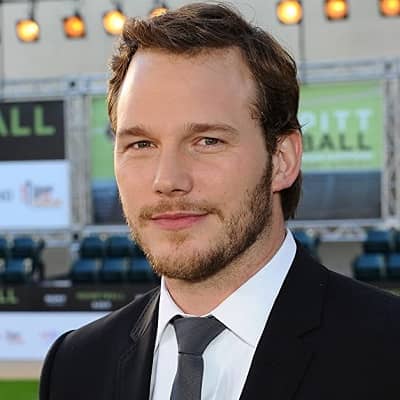 Chris Pratt is a famous American actor. Chris Pratt gained fame due to his brilliant performance in movies such as “The Lego Movie”, “Guardians of the Galaxy”, and “Jurassic World”.

Chris Pratt was born Christopher Michael Pratt on June 21, 1979, in his birthplace, Virginia, Minnesota. As of now, his age is 42 years old. He was born to his mother Kathleen Louise(née Indahl) and his father Daniel Clifton Pratt.

His mother worked at a supermarket and his father worked in mining and later remodeled houses. Chris is the youngest of three siblings. Since he was raised in Lake Stevens, Washington, he studies in a local school.

While studying, he showed interest in wrestling and stood fifth in the high school state wrestling tournament. Moreover, Chris also joined community college for a short period of time before dropping out. He then took up odd jobs and was even homeless for some period of time.

Chris got his first offer while he was waiting tables at the Bubba Gump Shrimp Company restaurant in Maui. He was noticed by the caress and director Rae Dawn Chong. His looks and energetic personality impressed her. Hence, she offered him her directorial debut venture, a short horror film ‘Cursed Part 3’.

In 2001, he appeared in a guest role in the television series ‘The Huntress’. He got his first regular television role in 2002 as Harold Brighton ‘Bright’ Abbott on the series ‘Everwood’. The series ended in 2006 with 89 episodes.

Prat also did films such as ‘The Extreme Team’ and ‘Strangers with Candy’. He played the role of Nathan McCain in the television film ‘Paths of Destruction’. From 2006 to 2007, Pratt played the role of activist Winchester ‘Ché’ Cook in ‘The O.C.’ which was in its fourth season. Moreover, he also made an appearance in the action film ‘Wanted’ in the following year.

In the 2011 film ‘Moneyball,’ Pratt portrayed Oakland Athletics’ first baseman/catcher Scott Hatteberg. He changed to the serious role of a parent and dejected baseball player. It was a role reversal for his image since he had previously played plainly childish roles. Chris Pratt strives to be a perfectionist in all he does. He frequently goes a step ahead and works carefully in order to do full credit for his roles. Pratt lost around 30 pounds for ‘Moneyball. However, he gained it back for his feature ’10 Years’.

He played the role of a Navy SEAL in the movie ‘Zero Dark Thirty’ in 2012. He lost weight for the movie. Pratt was offered the part of Peter Quill / Star-Lord in Marvel Studios’ ‘Guardians of the Galaxy.’ However, he did not accept the part initially. Sarah Finn, the film’s casting director, managed to persuade director James Gunn that Pratt was ideal for the part. Pratt eventually signed a multi-film deal with Marvel Studios after meeting with Gunn.

In 2014, Pratt’s fortune changed with back-to-back lead roles. He did a voice role for the character of Emmet Brickowski in ‘The Lego Movie.’ The movie was the highest-grossing film in North America in 2014.

Moreover, he also played the role of Peter Quill/Star-Lord for the movie ‘Guardians of the Galaxy’ in 2014. The movie earned a lot of appreciation along with $770 million at the box office.

After massive success in 2014, Pratt won numerous awards. He was also featured in various magazines. He was ranked second in the Sexiest Men Alive by ‘People’s Magazine.’ Pratt played the role of Owen Grady in the 2015 remake of ‘Jurassic World’.

The movie earned $652 million in North America and $1.018 billion overseas for a worldwide total of $1.670 billion. In 2016 Pratt had two releases. He played the role of Josh Faraday in the remake of the 1960 Western ‘The Magnificent Seven’ and Jum Preston in ‘Passengers.’ 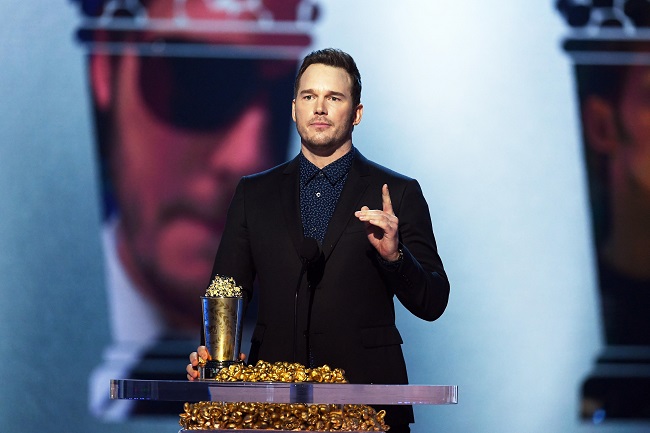 Chris Pratt has worked in various movies. He has earned a lot of fame, respect, and wealth. The actor has a net worth of $90 million as of 2022. Likewise, he has an annual salary of $5 million.

In 2007, Chris met actress Anna Faris on the set of ‘Tae Me Home Tonight.’ She played the role of his love interest in the movie. They hit off on a personal scale and got engaged in 2008. In 2009, Pratt and Faris married in Bali. Moreover, they welcomed their first child, a son, Jack, in August 2012. However, after eight years of marriage, Pratt and Faris announced their separation on August 6, 2017.

In December of the same year, Pratt officially filed for divorce. Following spring, Pratt was spotted on a date with Arnold Schwarzenegger’s oldest daughter, Katherine. A few months after Pratt announced their engagement on Instagram, the couple married in Montecito, California. They welcomed their first child, daughter Lyla Maria, in August 2020. 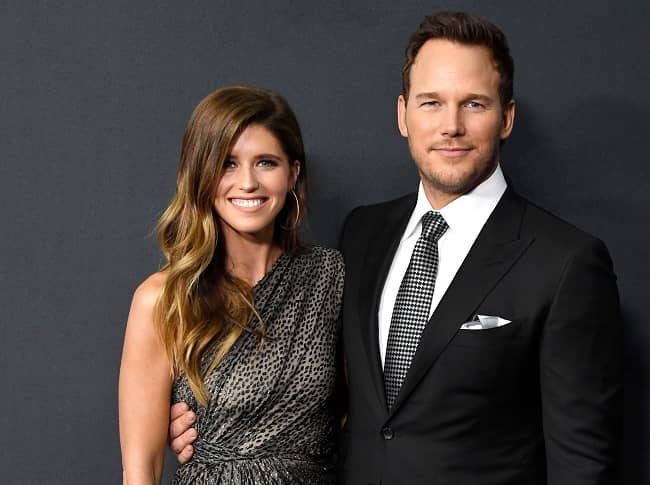 Pratt is 6 feet 2 inches tall and weighs about 84 Kg. He has green eyes and light brown hair. He is active on social media sites such as Facebook, Instagram, and Twitter.