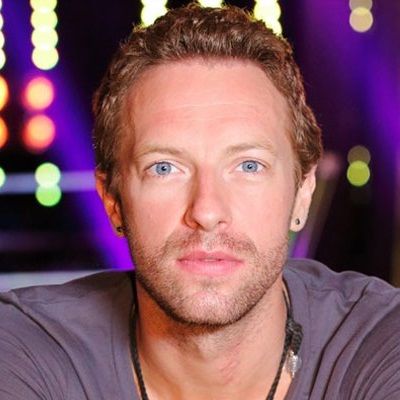 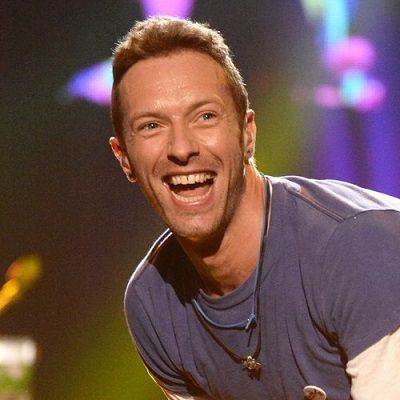 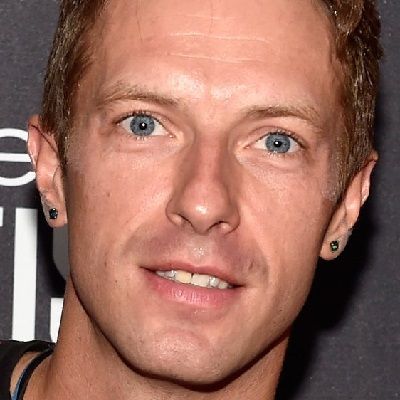 Chris Martin is a British singer and songwriter famous as a member of the popular band Coldplay. Chris Martin is also a record producer. He rose to immense fame after his marriage with Hollywood actress Gwyneth Paltrow but they parted ways.

Chris Martin is currently dating American actress and model, Dakota Johnson. They have reportedly been together since October 2017. Before this, the Coldplay singer was married to American actress, singer, author, and businesswoman, Gwyneth Paltrow.

Let’s learn the details of the prominent singer’s dating life!

After the Coldplay singer he consciously uncoupled in 2014 with his partner of a decade Gwyneth Paltrow, his dating life became decidedly more private.

Martin seems to have finally found lasting love with Dakota Johnson after previously being linked to actresses including Jennifer Lawrence and Annabelle Wallis. Although they’ve kept their relationship low-key, they celebrated three years together this past October.

In October 2017, rumors of a relationship first arose when Johnson and Martin were spotted having dinner at Sushi Park in Los Angeles. According to People, the pair appeared “cozy, laughing and affectionate” during the outing.

Then in November, fans clocked Dakota Johnson at Coldplay’s Buenos Aires, Argentina concert. Similarly, in December, many sources confirmed to Us Weekly that the duo was together.

In January 2018, People obtained photos of the pair at Soho House in Malibu, California. A week later, they found the couple walking on the beach in Malibu, with a source noting that they had spent most of the weekend together.

Later that month, the actress’s father, Don Johnson also seemingly confirmed her relationship to Digital Spy. Then in February, the couple appeared at Ellen DeGeneres’s 60th birthday party. It is also an event attended by Gwyneth Paltrow and her fiancé Brad Falchuk. 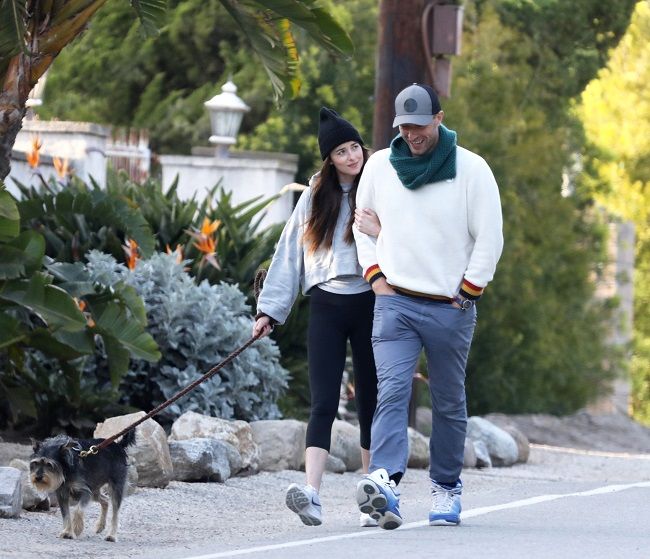 Fast track to June 2018, the duo was spotted walking Johnson’s dog, Zeppelin around Malibu. Then in July, a Twitter user caught the couple at a Radiohead concert in Boston.

As per reports, it seemed like they were on a double date with Breaking Bad‘s Aaron Paul and his wife, Lauren. Similarly, in September, he supported Dakota Johnson at the Global Citizen Festival in New York City.

Moreover, E! also noted his presence in the audience while Dakota Johnson spoke onstage about the power of sharing stories of sexual assault.

The lovers also got matching tattoos as further proof of their bond. E! spotted the similar ink when Johnson was photographed at the Venice Film Festival. On her left elbow, there was an infinity sign tattoo with two Xs.

Days prior, Martin was seen at an event in Los Angeles with the same tattoo in a similar location.

Moving on, The Sun reported in June 2019 that the couple split the month prior. Then in August, a Twitter user spotted the pair together at a wrap party for the actress’s upcoming movie, Covers and hence the commotion of their split died.

Sometime later, Us Weekly confirmed that the pair had reunited. Additionally, in September, Dakota Johnson’s mother commented on her daughter’s relationship with Martin. She told People, “I love my daughter’s boyfriend. I think that they’re an awesome couple”.

Moreover, his ex-wife, Gwyneth Paltrow’s support of her ex-husband’s relationship continued into the new year. In a cover story interview with Harper’s Bazaar, Gwyneth had nothing but kind words for Dakota Johnson. She said:

“I love her. I can see how it would seem weird because it’s sort of unconventional. But I think, in this case, just having passed through it iteratively, I just adore her. I always start to think of the ampersand sign—what else can you bring in, instead of being resistant to or being made insecure by? There’s so much juice in leaning in to something like that.”

Then in February 2020, he was involved in a major career milestone for his beau. On Valentine’s Day, Coldplay released its music video for Cry Cry Cry. The romantic music video’s director was none other than Dakota Johnson.

She made her directorial debut with the collaboration. Then in March, the couple had a rare public outing with his two children. Daily Mail spotted the foursome strolling through Disneyland for Chris’ 43rd birthday.

At present, quarantine hasn’t stopped the lovers from sharing some adorable moments. On March 26, Dakota Johnson’s friend, Olivia Wilde, posted a video made by the pair with the caption, “Dakota Johnson: Hand wash CHAMPION.”

In this clip, the actress stands in front of a kitchen sink as she demonstrates her hand-washing technique. It’s soon clear that the actress’s “hands” in the video were Martin’s. The “M” and “A” tattoos on each of the wrists gave it away.

Martin scrubbed his hands while Johnson spoke to the camera.

A few days later, he and Dakota Johnson made a rare public appearance together when they were on a break from quarantine. The photographers photographed the lovers walking arm-in-arm through Malibu with their dog on March 31.

Talking about his previous relationships, he dated Natalie Imbruglia, an Australian-British singer-songwriter, model, and actress. The duo was together in 2000. Then the Coldplay singer married Gwyneth Paltrow on 5 December 2003.

The then-lovers were together until their finalized divorce on 14 July 2016. They married after a year of dating and were together for 10 years. This former couple has 2 children together and they are Apple Blythe Alison and Moses Bruce Anthony. 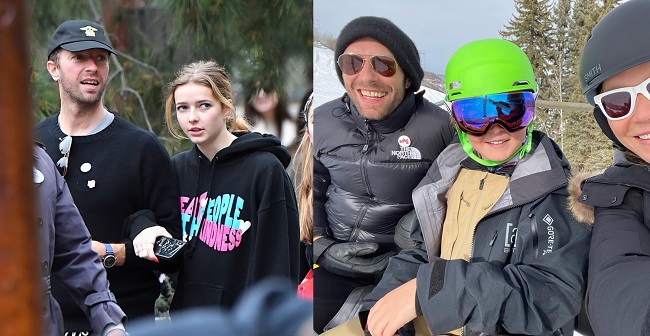 Moreover, the singer was also in rumored relationships with Kate Bosworth and Alexa Chung in October 2009 and May 2014 respectively. After that, he dated Jennifer Lawrence for a year from June 2014 to 2015.

He was also with Annabelle Wallis since August 2015 but split two years later, i.e. 2017. There are more rumors about his hookups with personalities like Dua Lipa in 2019 and Kylie Minogue in 2015.

Then in October 2018, TMZ reported that Chris Martin and Dakota Johnson were throwing a gender reveal party at his home. The photos of blue and pink balloon arches raised speculation about the couple’s possible pregnancy.

Both of Johnson’s parents, including mother Melanie Griffith, and celebrities such as Sean Penn and Julia Roberts were spotted at the event.

However, shortly after the rumors began, the actress’s representative denied the rumors to Us Weekly. They also clarified that the celebrations were for a birthday parties and not gender reveals of any kind.

On Ellen’s show the following month, Dakota Johnson confirmed that sentiment herself. Johnson said, “Well, the only thing I’m pregnant with is a lot of really good ideas. But not any babies.”

Chris Martin was born on 2 March 1977 and his full name is Christopher Anthony, John Martin. Martin is currently 45 years old and he is originally from Exeter, Devon, England. He is the oldest of five children.

His father’s name is Anthony John Martin, of Whitestone House, Exeter and he is a retired chartered accountant. Similarly, his mother is Alison Martin, who hails from Zimbabwe, and is a music teacher.

His family’s caravan and motorhome sales business is named Martins of Exeter. It was founded by his grandfather John Besley Martin, CBE (a High Sheriff-also Mayor in 1968 of Exeter), in 1929. Later, his father sold it to a former employee in 1999.

Talking more about his family members, William Willett is his great-great-grandfather. He campaigned for and made daylight saving time a recognized practice.

Later, he continued his studies at University College London (UCL) and stayed at Ramsay Hall. There, he read Ancient World Studies and graduated with first-class honors in Greek and Latin.

Moreover, at UCL, he met his future Coldplay bandmates Jonny Buckland, Guy Berryman, and Will Champion.

Chris Martin is a British singer-songwriter, musician, record producer, and philanthropist. He rose to fame with Coldplay after the band released their first album Parachutes in the year 2000.

Then they achieved worldwide fame for the album’s hit single Yellow. This single reached number four in the UK charts.

Moreover, Coldplay donated 10% of its earnings to charity. Also, he revealed that he gives 10% of his earnings to 28 different charities. The band shares 10% of its $475 million net worth with charitable organizations located around the globe.

Similarly, he has also appeared in movies and documentaries like Shaun of the Dead, Brüno, Coldplay Live 2012, Avicii: True Stories Himself, and Coldplay: A Head Full of Dreams. 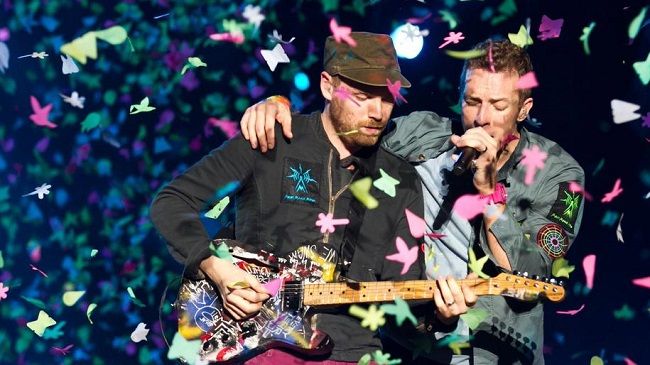 Caption: Chris Martin in a Coldplay concert. Source: The National

Chris Martin is not available on social media platforms. However, we can get updates on his through his band Coldplay’s social accounts. On the band’s Instagram, there are 11.4 million followers whereas their Twitter has 23.6 million followers.

Moving on, his net worth estimation is around $120 million to online sources. He earns through producing music. There also might be other sources of income for this young record producer and songwriter.