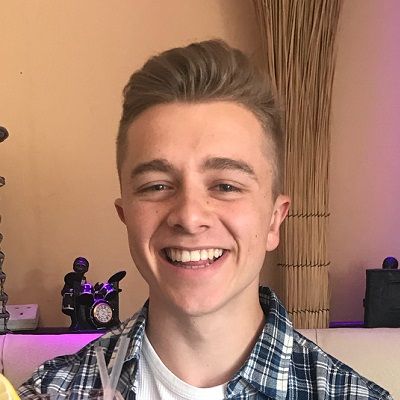 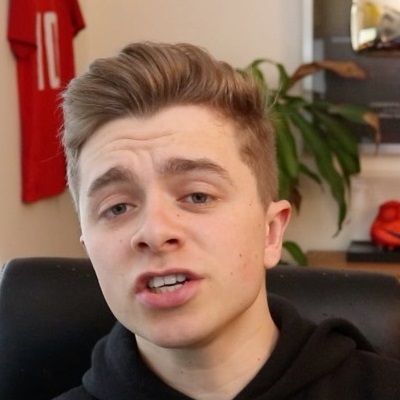 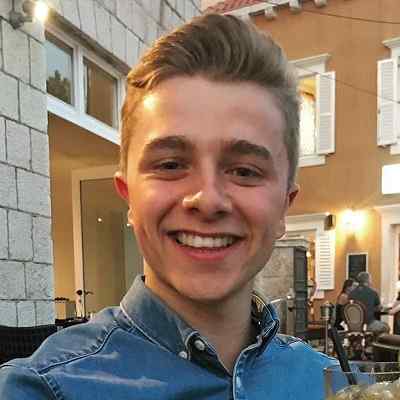 Chris Dixon is a British Youtube star who is popular for his excellent gaming commentary. Chris Dixon shares fun commentary on the FIFA game and has also collaborated with many other YouTube gamers. He also owns a second Youtube channel where he posts various content such as vlogs, gaming videos, and others.

Chris Dixon was born on June 10, 1996, in Jersey, England. His age is 24 years old and is under the birth sign, Gemini. He holds British nationality.

The name and information about his parents are not available at the moment. But he has a sister and her name is Kelly. Likewise, he also has cousins and their names are Jenny and Ollie. He is very much fond of his cousins. He has also featured his sister and his cousins in his Youtube videos. He loves his family very much. And he is very close to his grandmother as well. Likewise, he has also featured his parents on his Youtube videos. 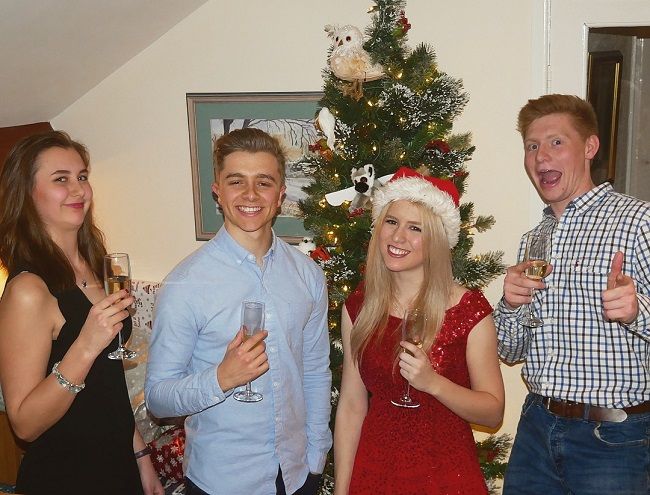 Caption: Chris Dixon along with his sister and cousins (Source: Instagram)

Regarding his educational background and qualification, the name of the high school that he has attended is Victoria College. Likewise, he graduated from high school but didn’t attend the university. After he finished schooling he soon began uploading videos on YouTube. However, his parents were initially not keen on him giving so much of his time to YouTube. Because they thought that it wouldn’t be productive and it won’t make a good career. But once they saw the support he received from the audience and the scope it had, they gave him all the support he required.

Chris Dixon created his first and main channel on July 6, 2010. when he was attending high school. The first video that he posted on the channel is Cod: Black Ops – No Scope Montage | L96A1. The video was uploaded on February 5, 2011, and has gained 143K views until now. The video was a “Call of Duty” gameplay video. Moreover, when he was much younger, he along with his sister and his cousins had recorded three gameplay videos of “Nerf War” but never uploaded it. And every 1 million subscriber milestone he hits, he releases a part of his “Nerf War” video he made when he was young. The video also features their dog named Max.

The interesting fact about him is the video titled “FIFA 15 – the Draft |the Final” which was a battle against Josh Zerker helped him again many subscribers within a short period of time. He also plays as a tackling midfielder for a local football team at the Fortress. She even plays against popular Youtubers such as “Miniminter” and “Manny” at the “Ultimate Sunday League Footballer”.

Likewise, he has also played in the “Charity Football Match” in the year 2016 for “Allstars”. He was even credited as the best player in the tournament. Then, in the same year in September, he played the “Wembley Cup” which was against the Spencer FC team. Interestingly, he was awarded the “Best Skill of the Match” as well. 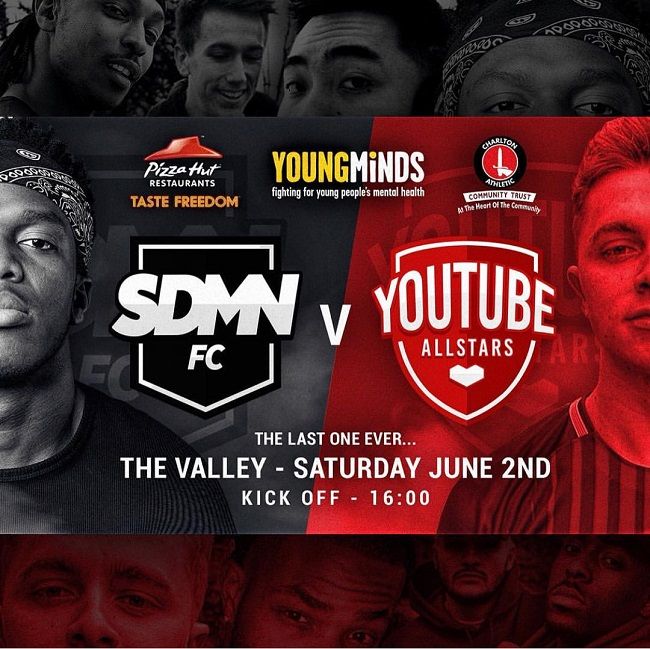 He loves adding humor to everything he does. He is very hardworking and has always believed in following his dreams. Likewise, he has excellent montage skills which he shares on his accounts to amuse his supporters and fans. He has also met and recorded football challenge videos with many celebrity footballers like Cristiano Ronaldo, Kevin de Bruyne, Alexis Sanchez, Alex Iwobi, and Cesc Fàbregas.

Furthermore, he also owns a second Youtube channel where he posts vlogs and gaming videos, and others as well. He is not much active on his second channel as he is on his first Youtube channel. However, he has been able to gain thousands of followers on this account as well. Likewise, he is popular on other social media platforms as well such as Instagram and Twitter. He has garnered many followers on these social platforms as well.

Chris Dixon is in a relationship with a girl named Shannon Langdon. They share a lot of cute and adorable pictures with each other on their respective social accounts. He has also featured his girlfriend in some of his Youtube videos. The couple is very much appreciated and adored by their fans. Talking about his past relationship, he had his first girlfriend when he was in 6th grade. However, she was more of a best friend though. Other than this, no information about his past relationship is available. 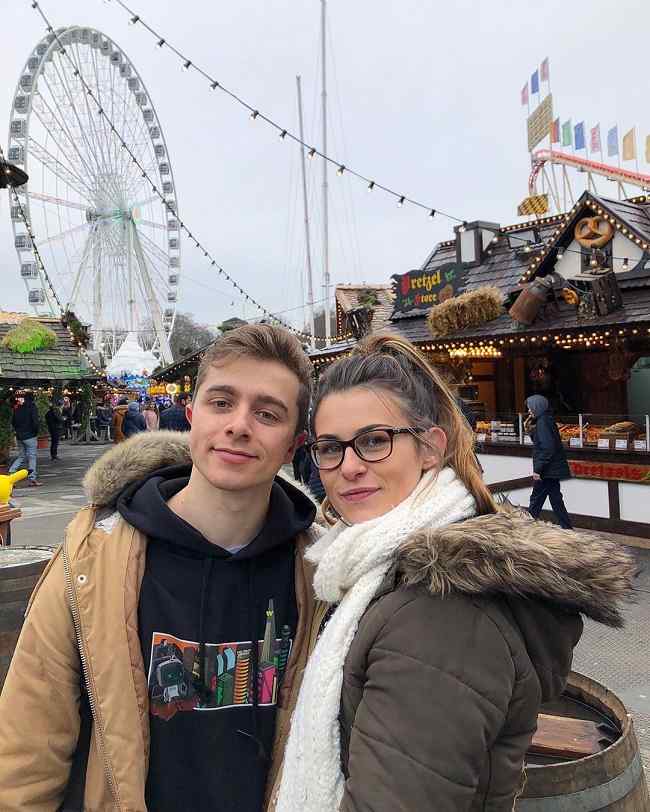 He is a huge football fan and he supports Arsenal. He says that it goes back a long way as his father too is a huge Arsenal fan. He has grown up rooting for the team ever since. He loves playing video games and says his favorite game is FIFA.

Apart from football, he can skillfully play tennis. In fact, he has won a championship in tennis. He also had an accident when practicing tennis, where the racket hit him just above his left eye and he had to be rushed to the hospital. He still has the scar on that spot of his face. He has stated that his favorite movie is “Lord of the Rings: Part III”, he even had braces when he began uploading videos and was very conscious of them. His favorite TV show is “Sherlock”. And he is very mad about chicken nuggets.

Their body measurements of his such as height, weight, chest size, waist size, hip size, and other sizes are not available at the moment. All of those measurements are still under review. However, he has a very cute and good-looking face with a lean body. And he has got dark blonde hair and brown eyes.

Talking about his income, his main income source is Youtube. He is a popular Youtube star with around $3 million net worth. He also has his own merchandise.