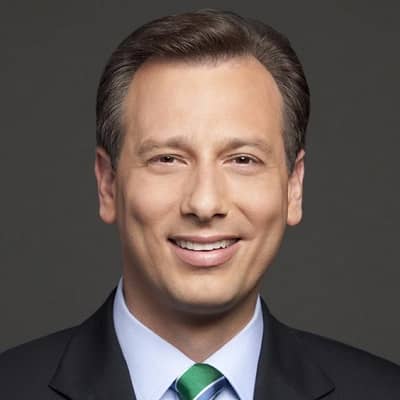 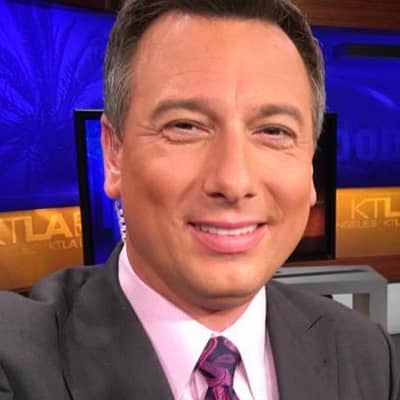 Chris Burrous was a prominent American award-winning journalist and news anchor. Chris Burrous was famous for working with KTLA, KGET, KGPE, and KMAX among other network channels. He also worked as a weather reporter with KTLA.

Chris Burrous was born on January 11, 1975, and he was 43 years old at the time of his demise on December 27, 2018. Chris hails from Santa Clara County, California, the USA, and his zodiac sign is Capricorn.

His full name is Christopher Rocky Burrous. At the time of his death, Chris resided in Glendale, California, United States.

Although there isn’t much information regarding Chris’ parents, siblings, and other family details, there is information that Chris’s parents used to work as a farmer and NASA engineers.

Talking about his educational journey, Chris attended Chapman University and obtained his Broadcast journalism degree there. 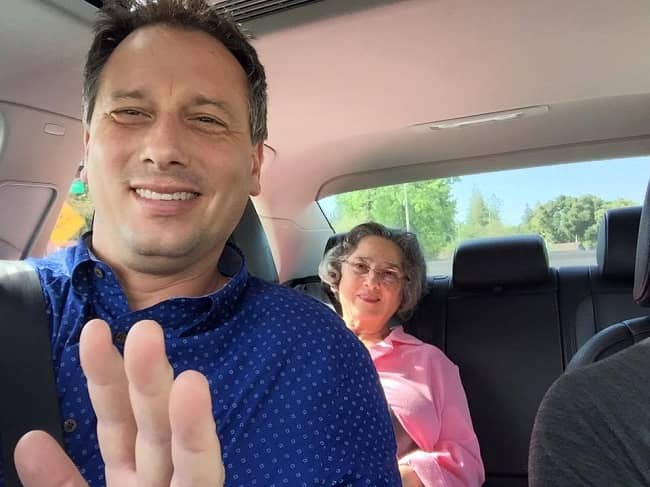 Caption: Chris Burrous taking his mom back from the hospital in May 2016. Source: Facebook

Chris Burrous passed away on December 27, 2018. The cause of his death is a drug overdose. Chris passed away in a hospital after the anchor was found unconscious at a motel in Glendale, California.

After the investigations, the reports concluded that the anchor’s death was attributed to methamphetamine toxicity.

Moreover, the authorities ruled that Chris’s death was accidental. Furthermore, the anchor’s demise’s cause was hypertensive and atherosclerotic cardiovascular disease as per the coroner’s report.

The investigation reports also mentioned that Chris encountered sexual activity with a man he met through the Grindr app at the time of his death. Moreover, Chris had previously met the said male companion four times previously.

Chris Burrous was married to Mai-Do Burrous. Chris and Mai-Do were married until Chris’s death in December 2018. His wife, Mai-Do, is a professional journalist too.

Moreover, the couple met each other when Chris worked in the news station KGET-TV in Bakersfield, California.

Subsequently, Chris and Mai-Do fell in love with each other. The lovers then tied the knot in October of 2003. Then in the year 2009, the lovely couple welcomed their only child.

It was their daughter – Isabella. Chris and Mai-Do were happy together and there were no sign of the couple’s divorce or any rumors of their separation. 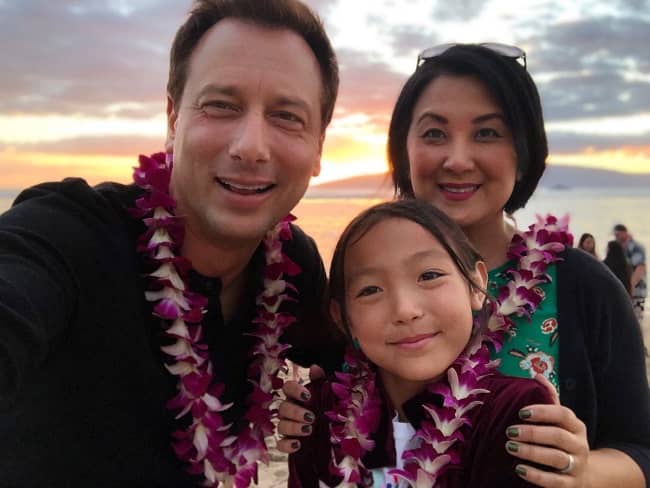 Caption: Chris Burrous posing for a photo with his wife and daughter. Source: Twitter

Chris Burrous stood tall at an approximate height of 5 feet 9 inches or 176 cm and his weight was around 70 kgs or 154 lbs. Other than this, there is no information regarding Chris’s other body measurement details like his chest-waist-hip measures, dress size, shoe size, etc.

Moreover, Chris had brown eyes and hair of the same color.

Professionally, Chris Burrous was a popular journalist and TV news anchor. Chris started his journey with journalism soon after his college graduation. Chris was involved in this career for over two decades.

In the year 1999, Chris had a stint reporting career. This was at the stations in the Bay Area as well as South Dakota. There, Chris joined KGET in Bakersfield. At KGET, Chris worked as a morning anchor.

Later on, Chris gained working experience in other stations including KGPE in Fresno as well as KMAX in Sacramento. Following this, Chris joined KTLA in the year 2011. 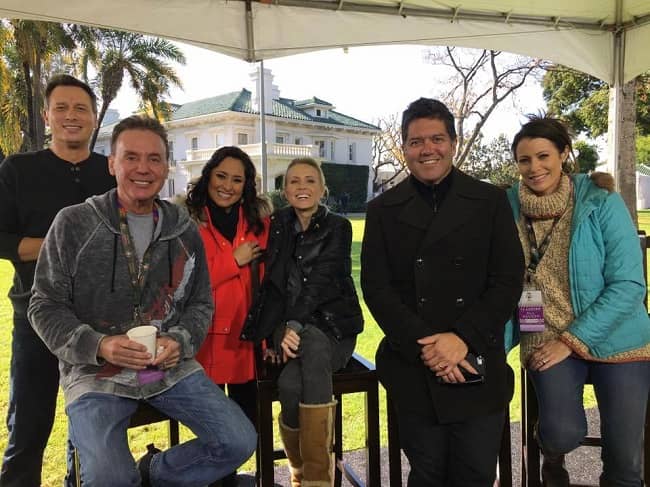 Caption: Chris Burrous posing for a photo with his work colleagues in 2017. Source: Facebook

Talking about his social media presence, Chris Burrous joined Twitter in March 2009 and now has over 26.4K followers although this account has been inactive since his demise.

Moreover, the late news anchor was also pretty active on Facebook. On the aforementioned platform, Chris had a verified account with 61K people following his journey.

Moving on, Chris Burrous had a net worth estimated at around $500,000 US dollars at the time of his demise. The news anchor also had an average salary of reportedly $142,800 per year.